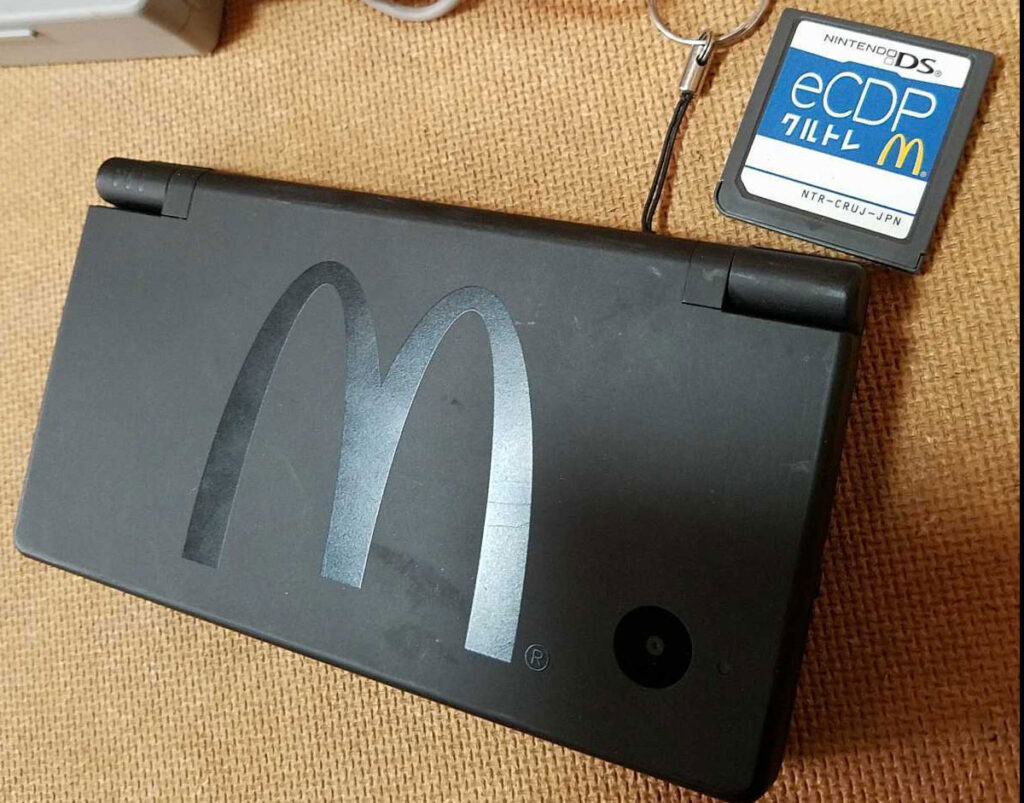 Back in 2010 Nintendo & McDonald’s teamed up for what can only be described as a rather bizarre collaboration. Across Japan, McDonald’s branded Nintendo DSi consoles with special software were distributed to restaurants belonging to the chain. This software was intended to be a training tool for new employees and featured things like example videos on how to prepare different dishes, and even a series of minigames meant to test your ability to perform job tasks.

When the collaboration was first announced it was estimated that about 8,000 units were made and shipped out, and they rarely surface in the wild. That changed this week though when a seller on Yahoo! Japan Auctions put up a listing for a console alongside its special software for the handsome sum of 345,678¥ (about $3,200 USD).

The listing shows a working black DSi unit, emblazoned with the McDonald’s iconic arches logo, and several examples of the software itself running. It’s a great look at this surprising collaboration as information on this particular unit & software are pretty scarce.

If I had an endless pit of money I would probably jump on this auction myself. I actively collect all sorts of ephemera from Nintendo’s many different handheld consoles specifically, and this would be one hell of a gem in any game collection. It only has a day left at the time of writing this with no bids, so who knows if anyone is actually going to bite the bullet on it but it’s cool to see listed nonetheless.