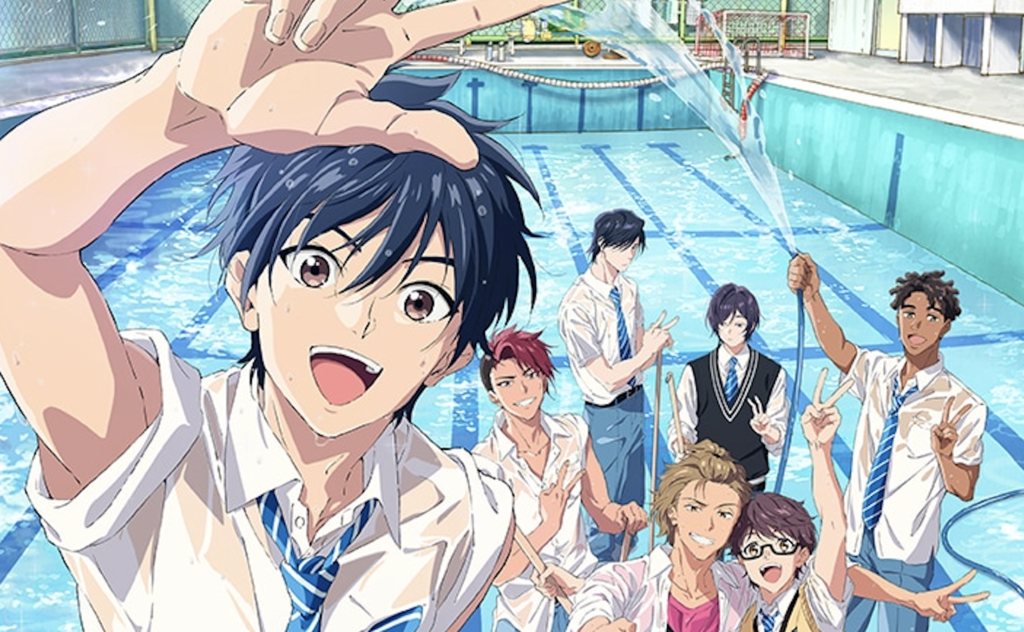 MAPPA announced three new characters and their voice actors for water polo anime RE-MAIN. They also shared a new key visual and even gave us an air date for the upcoming series!

The anime will start airing this summer on 3 July. I have been keeping a close eye on the series because its art style really resonates with me and I want to see what they can do with the water polo action scenes. Just a month and half before we see if it’s going to be as good as it looks.

The main visual has the main characters having some fun in an almost empty pool: 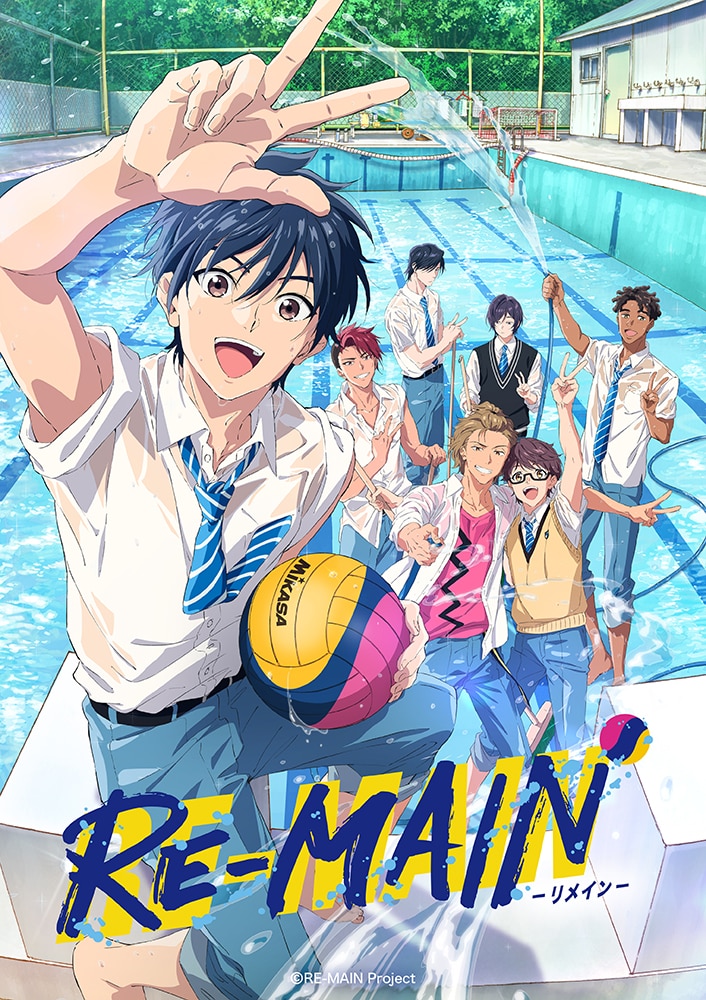 These are the three new characters we get to meet: Keita Kakihana who will be voiced by Taku Yashiro, Riku Momosaki who will be played by Yuma Uchida, and Koki Toguchi who will be portrayed by Shun Miyazato. 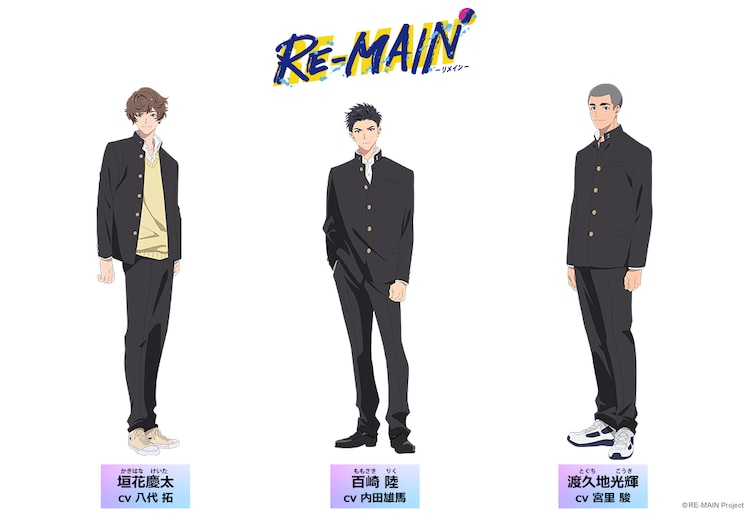 If you’re unfamiliar with RE-MAIN or haven’t been keeping up with the announcements surrounding it, the series is being produced by Masafumi Nishida of TIGER & BUNNY fame, BANDAI NAMCO Arts, and STUDIO MAPPA. The story has been announced as follows;

With the RE-MAIN anime hitting Japanese airwaves in a little over a month and a half, I’m sure we’ll be seeing a bunch of more promotion for the series leading up to the launch as well as possibly a new trailer or two. I’m really looking forward to this series to see what it has to offer to fans of the water polo sport. Maybe it can be the next Yuri!!! on ICE.