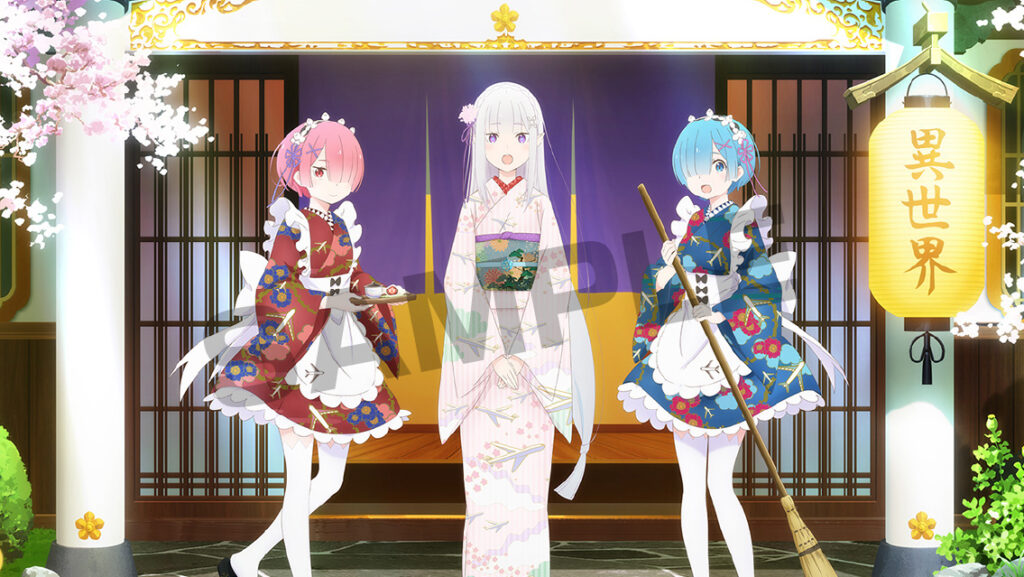 Thanks to a certain virus, a lot of people are avoiding flying anywhere at the moment.

However, anime fans may want to go to the airport anyway, because of a new Re:Zero pop-up cafe.

Starting on Oct. 9, Kadokawa will have a collaboration cafe for Re:Zero: Starting Life in a Another World at Narita International Airport in Tokyo.

The special cafe event will be at the Narita Anime Deck on the second floor of the Central Building of  Terminal 2.  The deck is outside the airport’s security area, so you won’t need an airline ticket or a passport to enter.

What’s on the Menu? 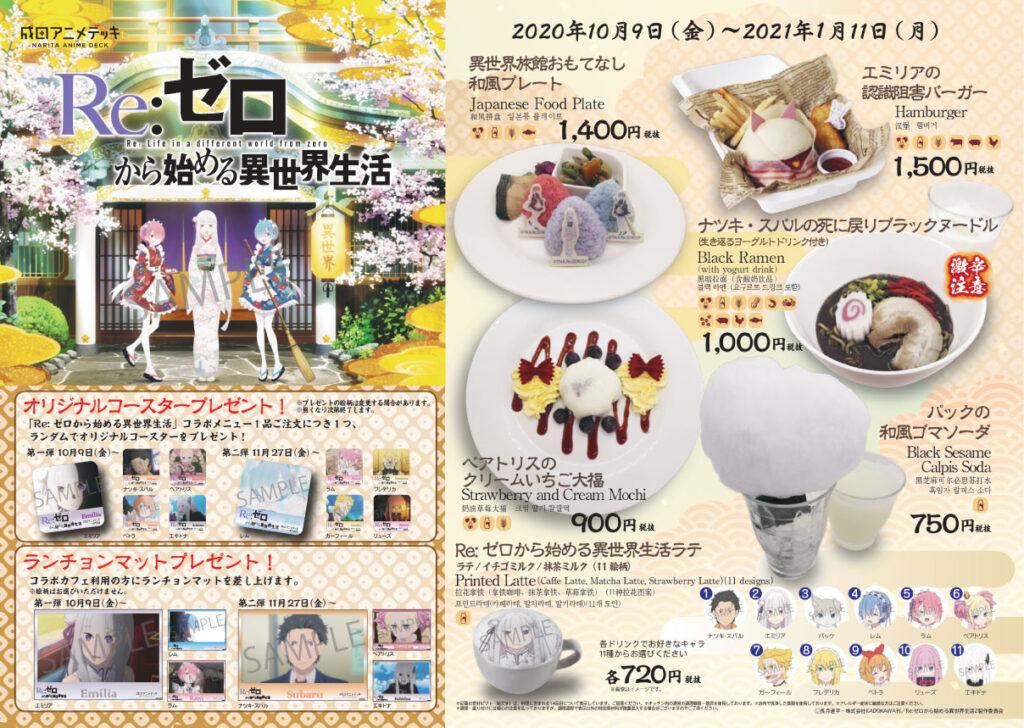 You can also order Subaru Natsuki’s Return By Death Black Noodles, a type of spicy ramen with black soup.  There will also be an Emilia-themed burger, and Beatrice’s strawberry and cream daifuku mochi. Judging from the picture, Beatrice’s dessert will be shaped to resemble her distinctive blonde twin-drill hair.

Drinks will include Puck’s black sesame Calpis soda; and lattes printed with the face of a Re:Zero character.

From Oct. 9-12, the cafe will also offer Petelguese’s Montblanc Matcha Cake. Only 30 a day will be available.

Menu orders will come with a random original coaster. 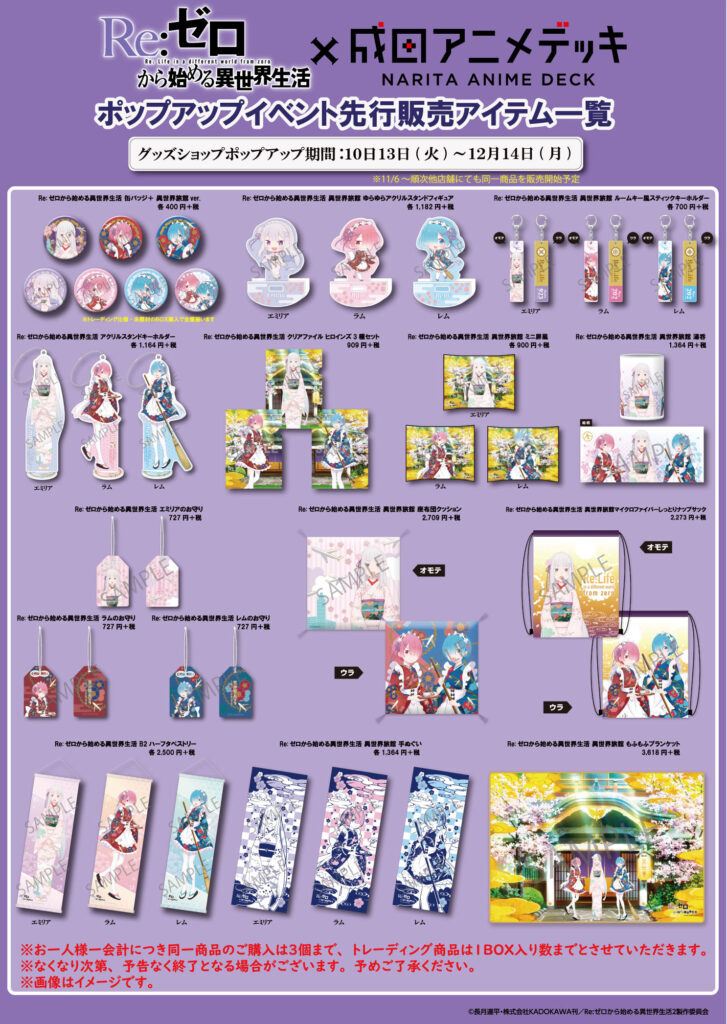 The Re:Zero goods shop at the cafe will open on Oct. 13, and continue through Dec. 14.

According to Kadokawa, Da Vinci Store will open on Nov. 6.

Tokorozawa Sakura Town is an entertainment complex which includes an anime-themed hotel, the Kadokawa Musashino Museum, Japan Pavilion, and offices for Kadokawa in Saitama Prefecture.

Because of COVID-19, the cafe at Narita Anime Deck will require a lottery reservation system. You have to make reservations a few days in advance.