Re:Zero -Starting Life in Another World- Episode 28 Review: Remembering The Forgotten and Left Behind 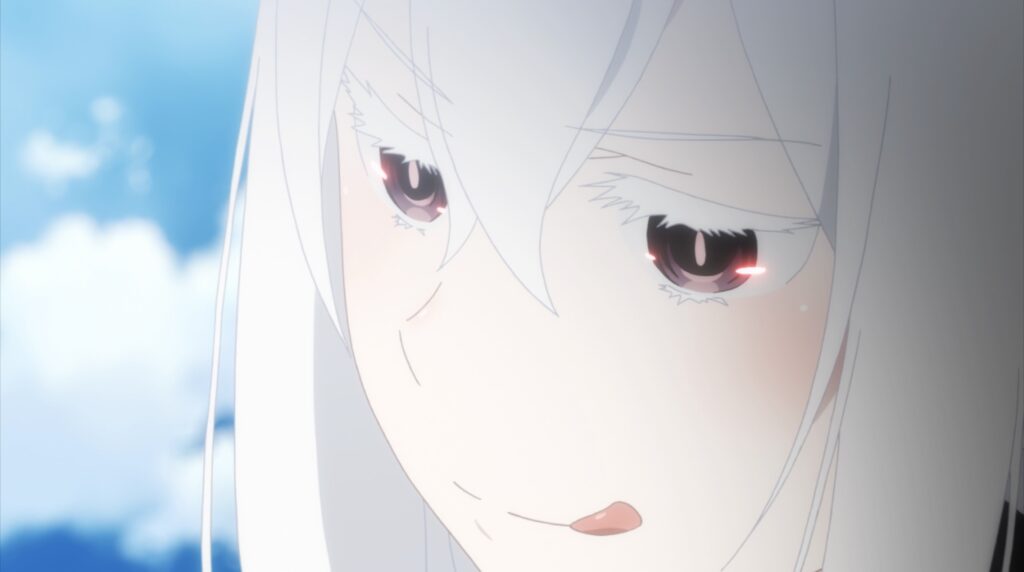 So far, Re:Zero’s return has been dominated by processing the aftermath of last season’s explosive finale. Episode 26 focused on Rem’s lost memories and the isolating pain it took on Subaru to be the only one to remember, while last week’s episode spent its runtime focused on establishing next steps that foster the current alliance and set a path forwards for our protagonist Subaru: saving Rem, the villagers, and beginning to understand the threat the Witch Cult poses on himself and those around him.

It’s under these circumstances that Re:Zero episode 28 picks up with the formal introduction of Echidna, Witch of Greed, following her brief appearance at the very end of last week’s episode. She’s not here to attack Subaru, though. She’s dead. All she wants is to invite him for a drink at the Witch’s Tea Party. 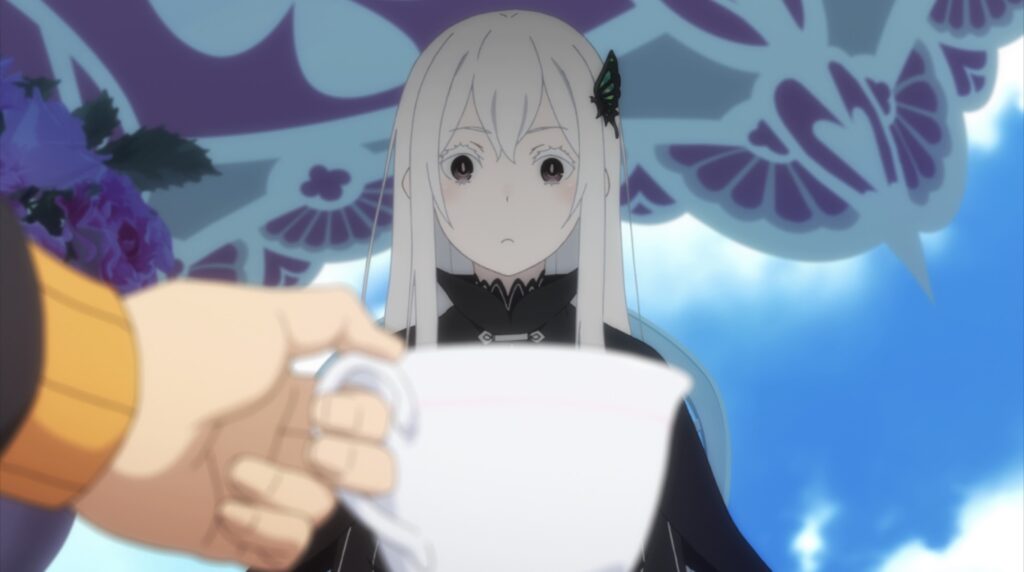 It’s here that all the spinning plates of concurrent story plots begin to intersect and develop in some rather interesting ways. In another exposition-heavy dump of information by Echidna, we begin to understand the scale of the task in front of Subaru. Echidna introduces us to the enormity of the power the witches, including her, all possessed, which when put in the context of the Sin Archbishops only amplifies their power. No wonder he feels sick, and not necessarily from the ‘interesting’ contents of the tea.

Despite a big deal being made of Echidna’s introduction at the end of the last episode, aside from this moment her appearance is mostly incidental when it comes to developing the story. It’s her impact and presence that matters more to me, with the way she gleefully switches from approachable to intimidatingly powerful with essentially the flick of a switch sets her up as a character we’re clearly going to see much more of in the coming weeks. 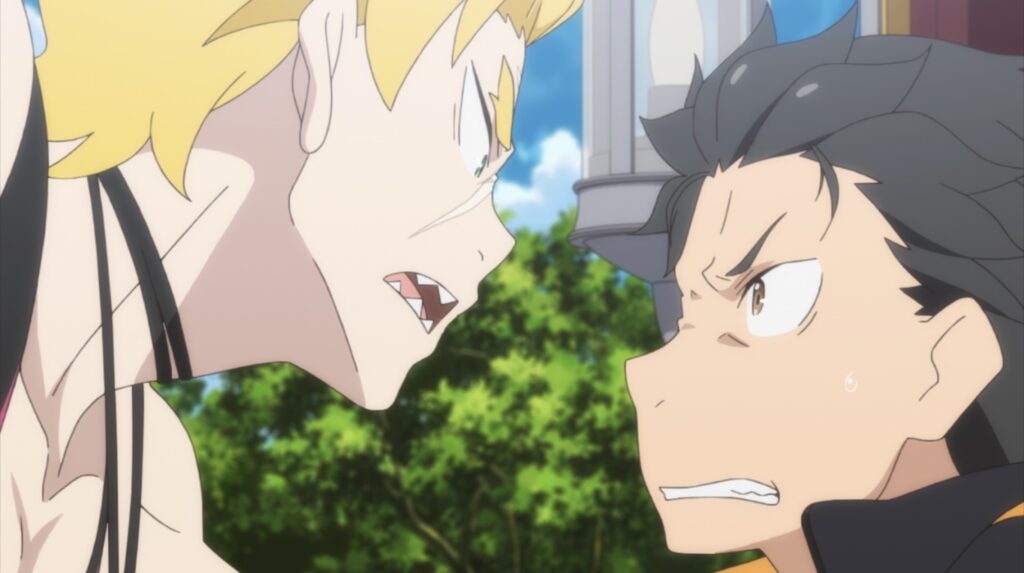 Re:Zero episode 28 spins these plates further with our entry into the Sanctuary which plays heavily into the series’ consistent thematic focus on the forgotten people within this fantasy world. Almost every character of note within the main cast has been driven or influenced by their place outside of the norm in a way that leaves them outcast from others, finding a place within others being the way they can find peace and strength and grow as people. It’s often what makes the clever, cruel twists in narrative so much more powerful, like Rem’s lost existence.

The Sanctuary is filled with such forgotten people, and considering their predicament alongside Emilia’s rejection due to her half-elf appearance, it makes the location a perfect battleground for a thorough facing of these personal insecurities. Emilia and everyone from the village sent there are trapped as hostages by the initially-helpful Garfiel until the barrier is broken that will allow him and the others to escape. 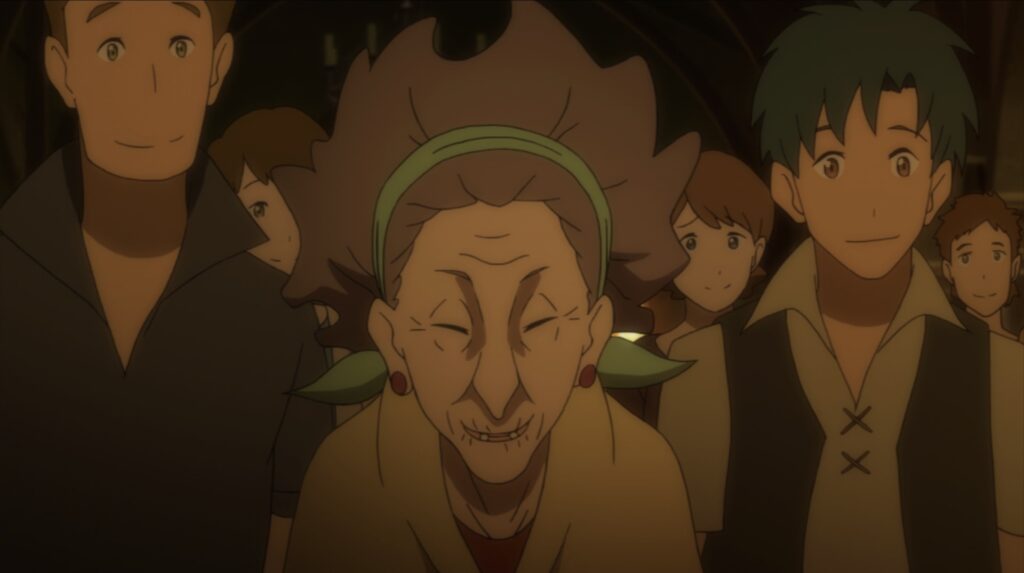 As a result, she has to face the village people who now rely on her with them all trapped and encourage them that she can help them and shouldn’t be feared. Couple this with a few intriguing dropped threads to add to the story mix (how did Garfiel know Frederica, the new maid? What is Roswaal hiding about Echidna and himself?) and you have some enticing future developments being set up here.

It’s the thematic idea of finding the strength to overcome being outcast and against the norm that drives this episode. Re:Zero is centered around defeating the Witch Cult and understanding Subaru’s place in the world, but the reason why we connect with all these characters and care about this world is the series’ focus on overcoming your perceived fate through finding a new way through. 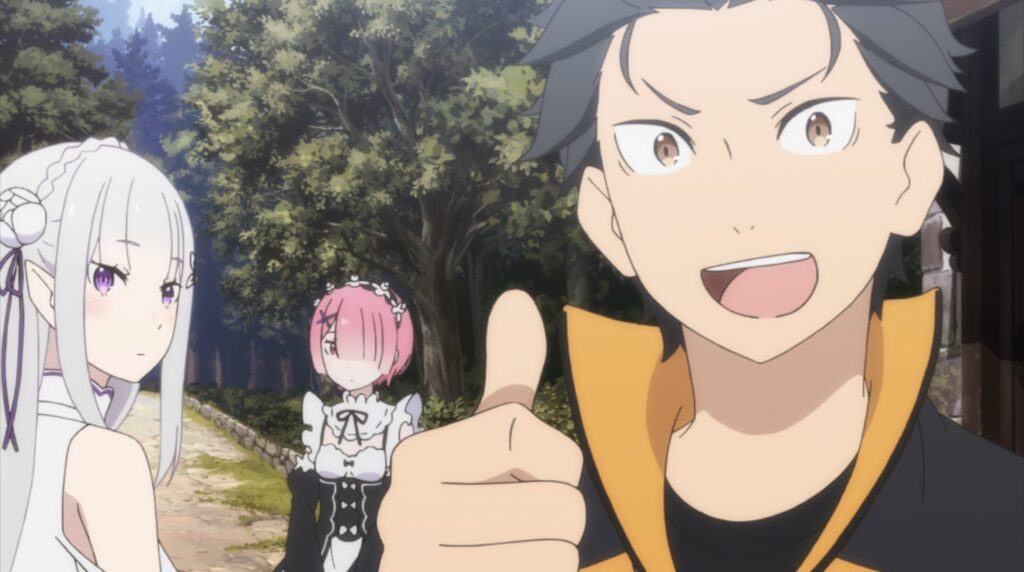 With this idea driving much of Re:Zero episode 28’s dense runtime, and only promising to be a further topic of focus thanks to the episode’s surprising cliffhanger, it’s the reason why what could have frustrated as another episode of exposition remains engaging and leaves us wanting more.