Re:Zero -Starting Life in Another World- Episode 35-36 Review: The Ends Justify the Means? 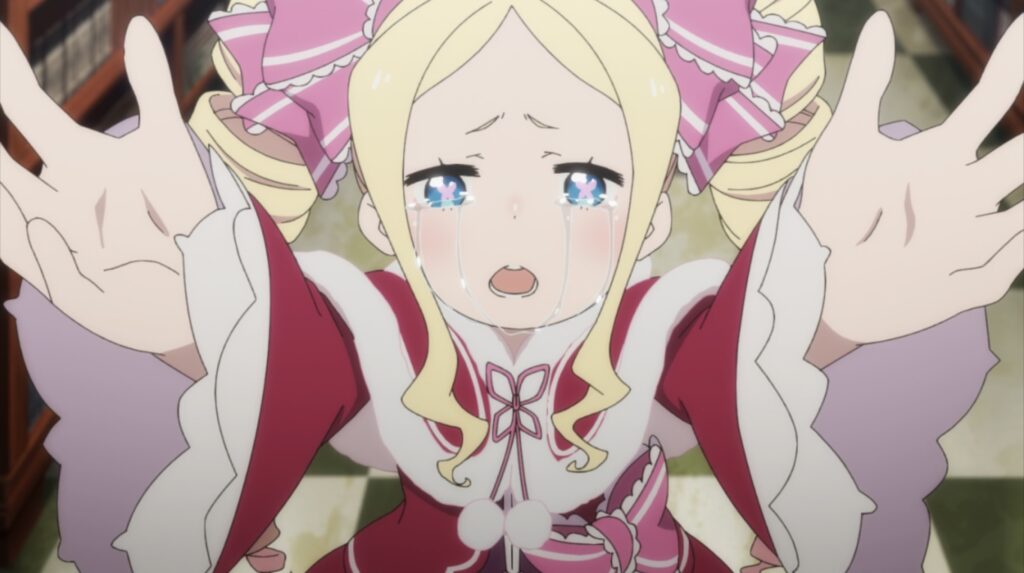 Covering both episode 35 and 36 of Re:Zero in a single article is almost a blessing in disguise. Having not been able to write a review since episode 34 I ended up watching both of these episodes back to back, and I felt like it deepened the emotional impact of key moments in this week’s most recent episode. I can’t help but wonder whether it would have been preferable for these two episodes to have been combined into a double-length elongated episode for this reason, but both are strong in their own right.

Re:Zero -Starting Life in Another World- Episode 35: I Know Hell 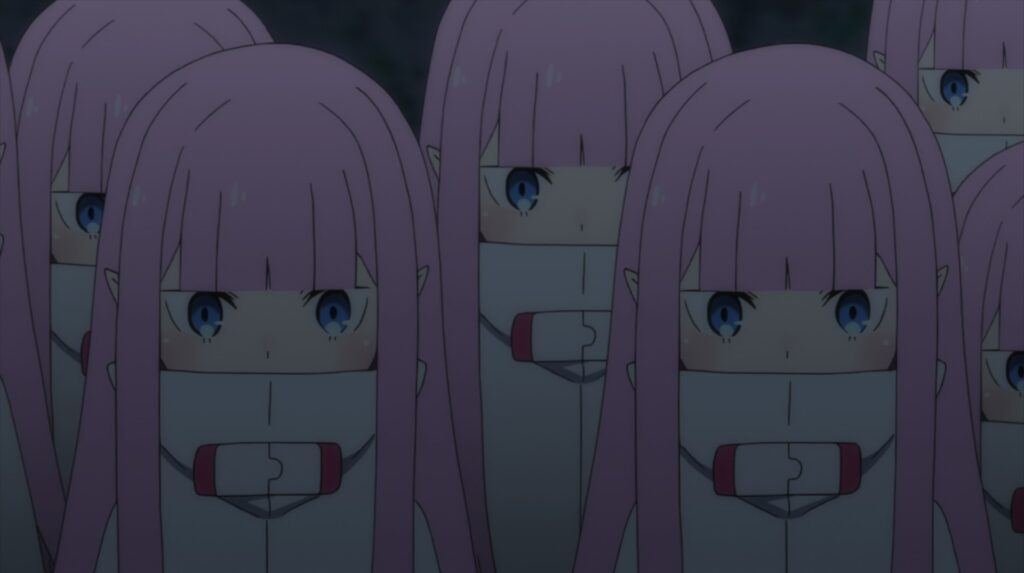 I don’t want to pretend as though Re:Zero episode 35 is an episode with all the answers to the questions that have plagued us since the start of this latest season in regards to the sanctuary, but it provides a well-crafted moment of clarity. Through the events of this week, we learn a lot more about Ryuzu’s fate within the sanctuary and her role there.

In this episode, we learn more details about the deal the original Ryuzu made with Echidna that has seen her body trapped for hundreds of years, and the various instances of Ryuzu we’ve seen throughout the season have been little more than empty copies. Hundreds of these copies exist as a result of Echidna’s experiments, and the reason the body remains trapped and the copies have control in the sanctuary is because of Echidna’s death. 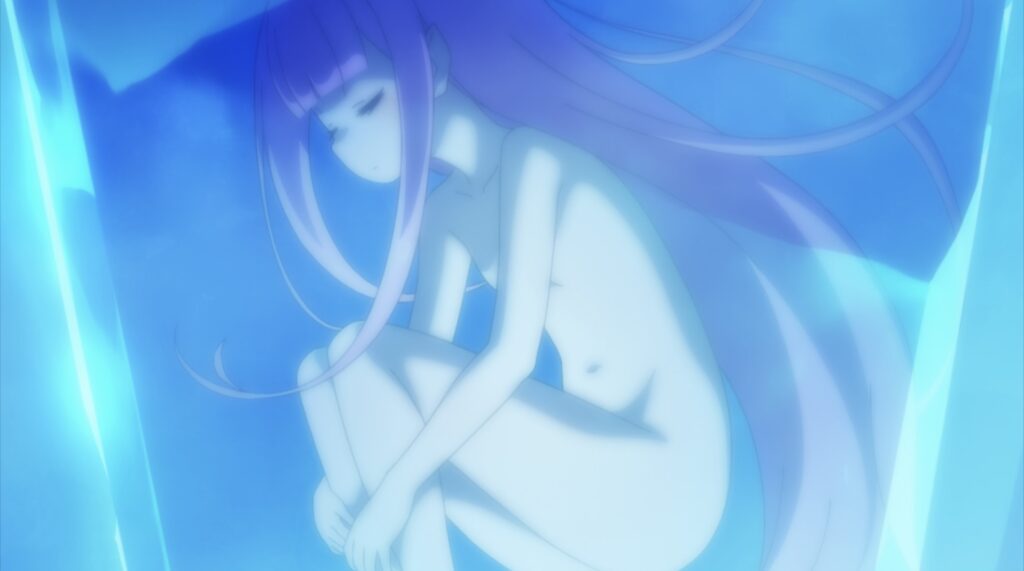 This is the main reveal of the episode, and mostly serves a point of clarifying Subaru’s thoughts on what he needs to do to help the Sanctuary and those within it, the episode has far more to offer than that. It opens on the attack on the Sanctuary by Satella that last week’s episode that, no surprise, eventually kill Subaru and send him back in time to repeat the last few days once again. The way Satella memories infuse and distort Subaru’s body is eerie and uncomfortable in the best way possible, emphasizing her power and foreboding nature before we’re sent back.

Then, near the end with Subaru clear on what he needs to do after talking to Ryuzu, we see his escape to the mansion to learn more halted by Garfiel. In what is a testament to the show as a whole until this point, the ability of Re:Zero to infuse such power into Subaru uttering the words ‘I know hell’ showcases not just the strength of the vocal performance for Subaru’s character but the strength of the story and investment in his character. 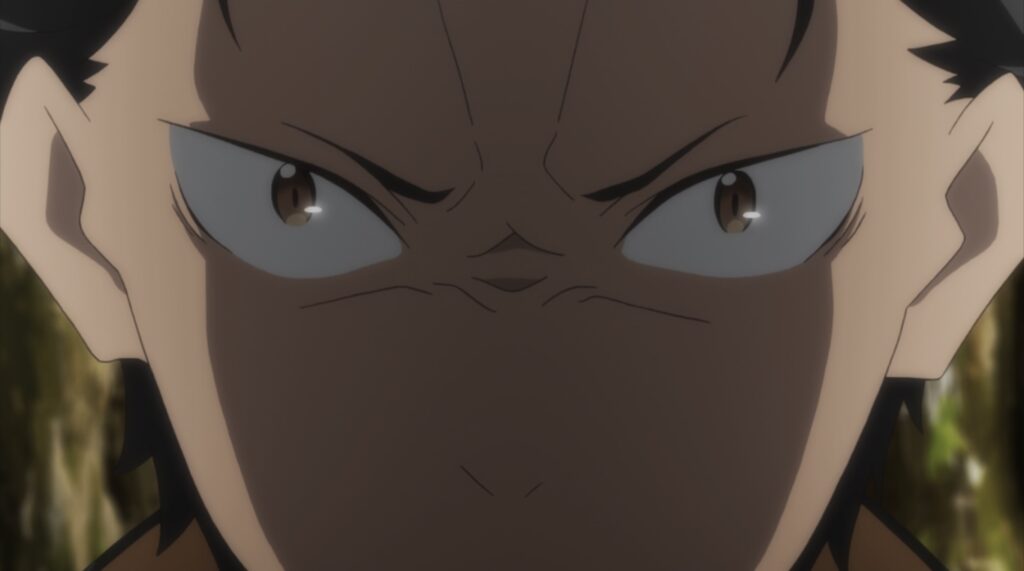 Especially at a moment where he’s leaving the Sanctuary to help others just after finding out such crucial information, and after he has experienced death countless times until this point, we know the weight of those words. Still, to pull it off, those words have to be earned.

Re:Zero -Starting Life in Another World- Episode 36: A Dishonest Confession 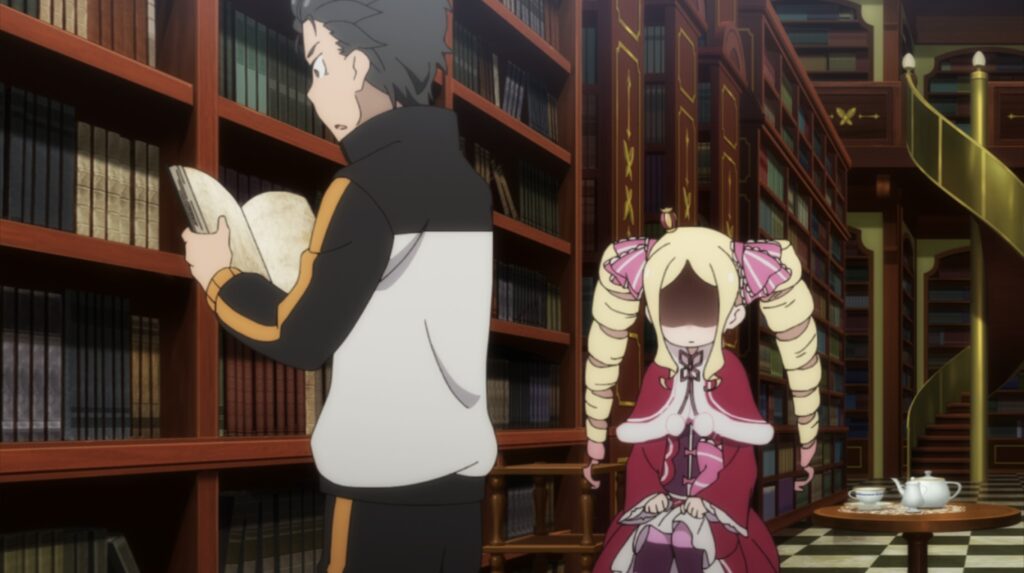 Which brings us to this week’s episode. When I note the interconnections between last week’s episode and episode 36 of Re:Zero that make a double review such as this worthwhile, it’s because the content of this episode links so heavily to the revelations of last week’s episode while also picking up on loose threads, such as the story of Beatrice. Beatrice has been an interesting character, one whose truth has always sat just out of reach of us as an audience as she sits alone in her library, yet one whose wit, intelligence and genuine compassion for Subaru left us loving her in equal turn.

The truth to Beatrice’s torment is something we’ve pieced together in stages throughout this season. Roswaal was the one who informed us of the tome that drives Beatrice’s every action, different from the book the Witch’s Cult use yet still a burden on her soul. It told her her future exactly as it would happen, exactly as it would happen, leaving Beatrice without any true idea of free will. At least, that’s what we assumed coming into the episode. Turns out, the book hasn’t been showing Beatrice the future for a few years now. 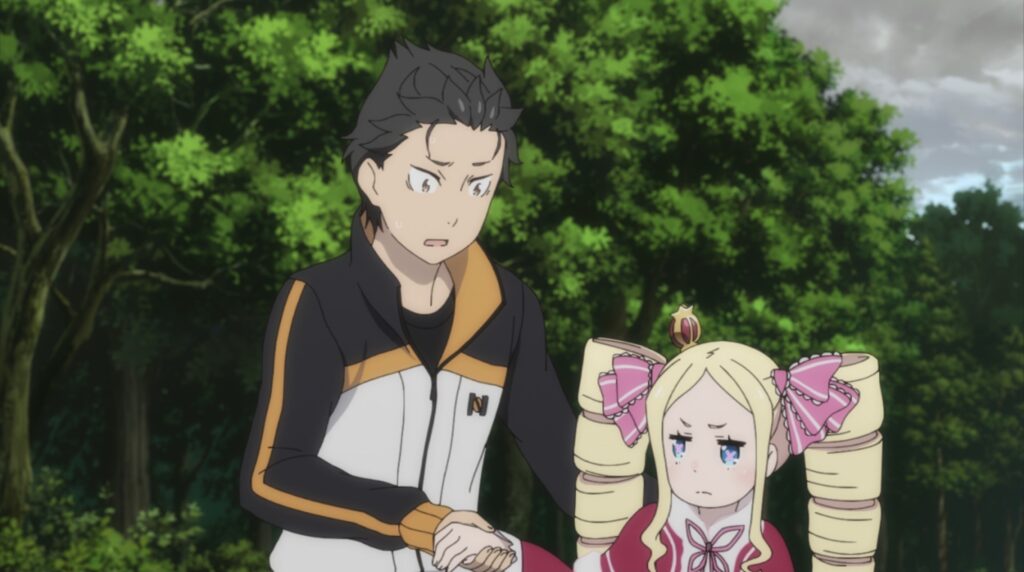 Episode 36 of Re:Zero is defined by emotional gut-punch after emotional gut-punch, and Beatrice finally opening up to Subaru is just one of them. Considering how much mutual care is felt between the pair of them, you would hope that this interaction would ignite the will to break the contract tying Beatrice to the library so she can move forward. Depression has seeped into her veins instead, however, and far from seeking an escape, her opening up is little more than an open admission that her life trapped, even with a bright spark like Subaru around, isn’t one worth living.

The speech Beatrice gives at this point rivals that of Rem’s speech in season 1, and this makes sense when you consider both act as a confession of love with differing degrees of honesty. It’s this pained, hidden honesty, shrouded in the anger he hadn’t come sooner so they could reach out from their pits of despair and grab Subaru’s hand to freedom, that makes this such a resonant moment… and makes her death all the more painful. 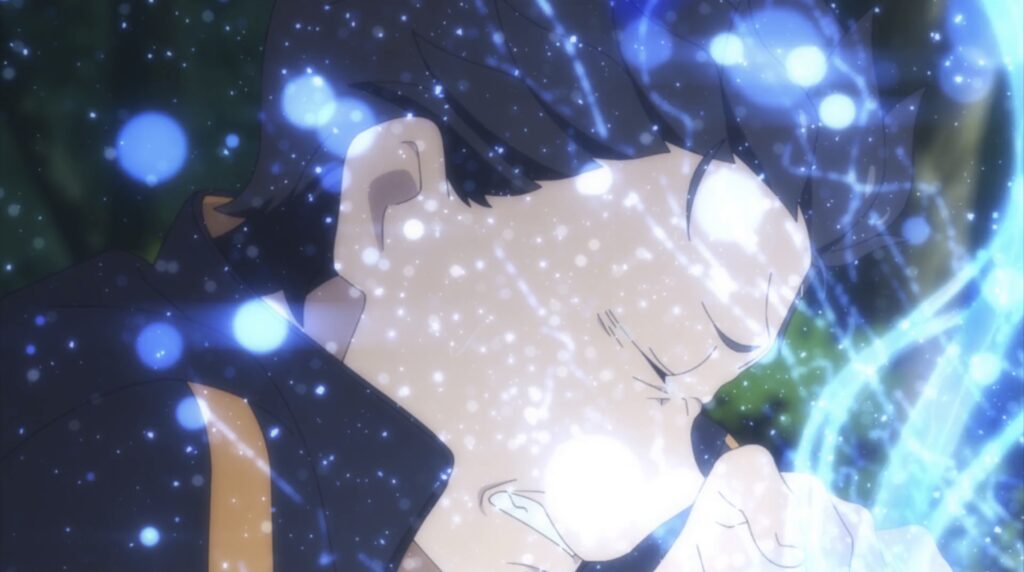 Even knowing that the death will likely be reversed by a Return From Death later on, seeing Beatrice die for the first time after such an admission has a visceral pain that can’t be overlooked. Even an overwritten death is filled with the guilt and pain at seeing their lifeless body. Their death came following Subaru’s return to the mansion being interrupted by the assassination attempts that have dogged Subaru in recent weeks, and it’s only compounded by the introduction of the mission’s accomplice, a familiar face from season 1.

If this pain wasn’t bad enough, Beatrice forces Subaru back to the Sanctuary only to learn that issues are far worse than when he left just a few days prior. The area is covered in snow and Emilia has succumbed to madness, with the breaking of the barrier no closer to being solved. Emilia’s madness has left her isolated, alone and far from herself, and learning the truth leaves but one response from the person who shared this horrid truth: you can’t be human. 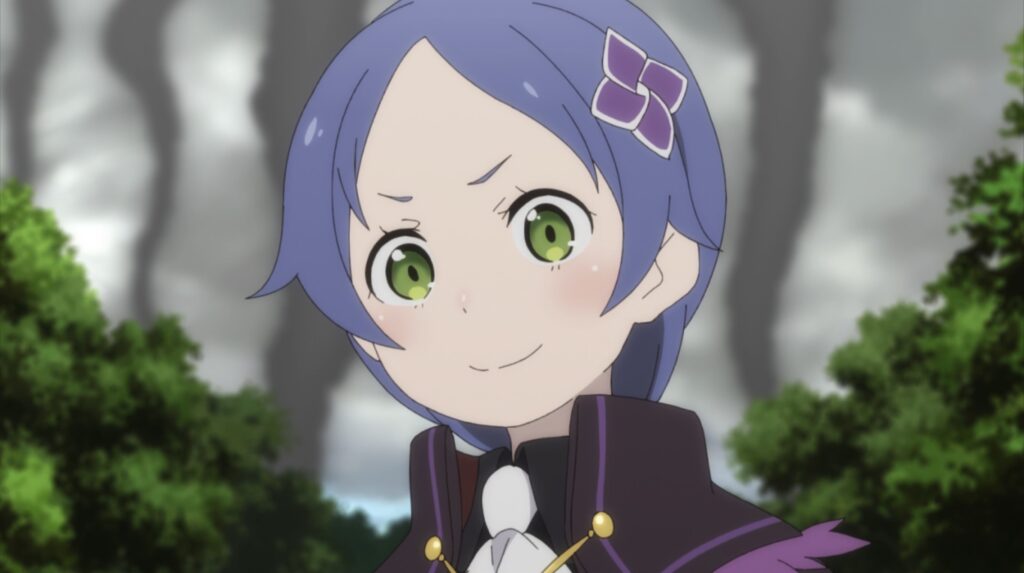 Coupled together, and all these events make episode 36 of Re:Zero a gut punch that plays onto the building hope and signs of clarity, wearing it down with a realization of the hurdles Subaru has yet to overcome and the people closest to him being ready to betray it all. It’s Beatrice that hurts most though. If he can’t protect people he loves, how can he save anyone else, and can he even save himself? It’s a thought that lingers long after the episode’s end.

That’s not to say this week’s events are smooth sailing. The toll of production schedules being compounded by COVID-19 is noticeable in places even after it was delayed from an originally-planned Spring premiere. I’m also left a little confused by the many ambitious story threads the series is repeatedly leaving to hang and suddenly re-introduce in this arc, to the point where certain moments are difficult to follow. This was more of an issue last week but certainly exists here as well. 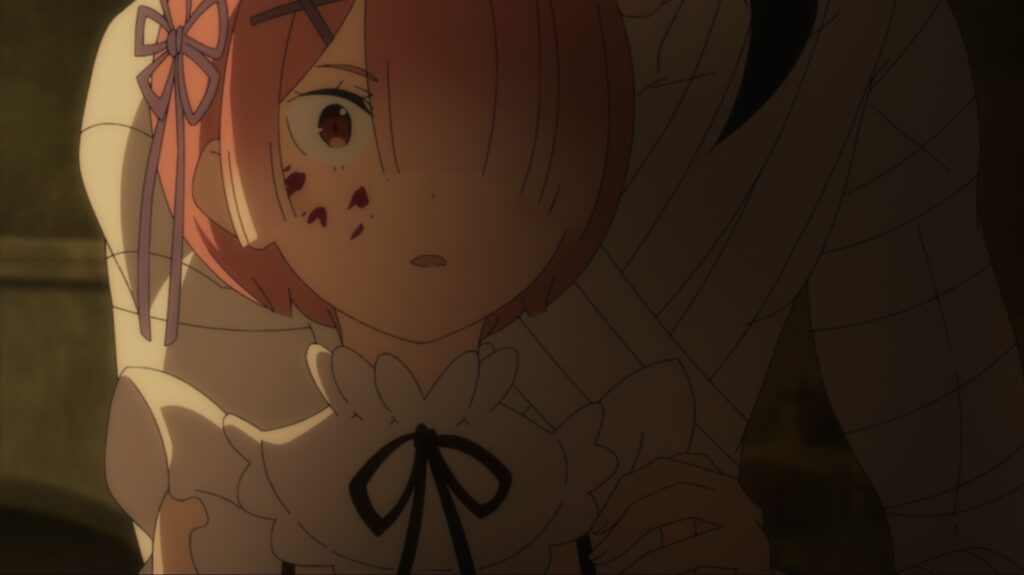 Re:Zero episode 36 used the hopes of episode 35 to compound the insurmountable barriers of this week’s events and once again deliver an emotional latest episode. My one fear is that resolution of these events, at least before the series enters another hiatus, may be unlikely.