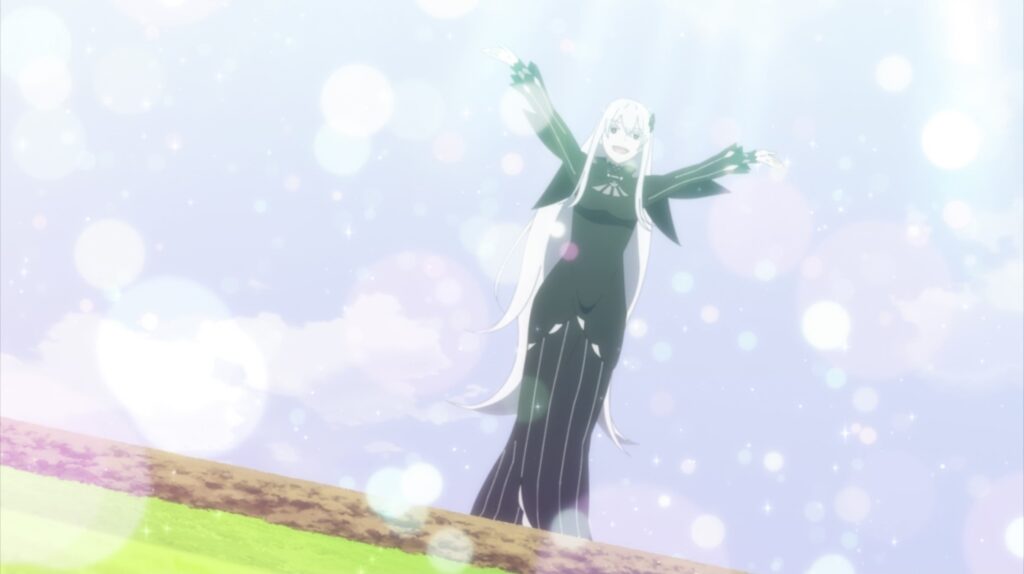 Beatrice. Rem. Emilia. While Subaru may be alone in his struggle to free the sanctuary and save the lives of the people at the mansion, the care and affection he holds for these people are what forces him to keep going. Echidna said herself, after all, that Return From Death is solely about reversing time in a way to allow Subaru to reach the desired outcome in his life, and the decision to use the power to save his friends is unintentional and of his own free will. A witch’s power comes from a witch that can’t understand this form of empathy, and even a witch acting in what they think is the best interest of a human can understand why they act this way. As episode 37 of Re:Zero shows, just because a witch sees something as wonderful, doesn’t make it a blessing. 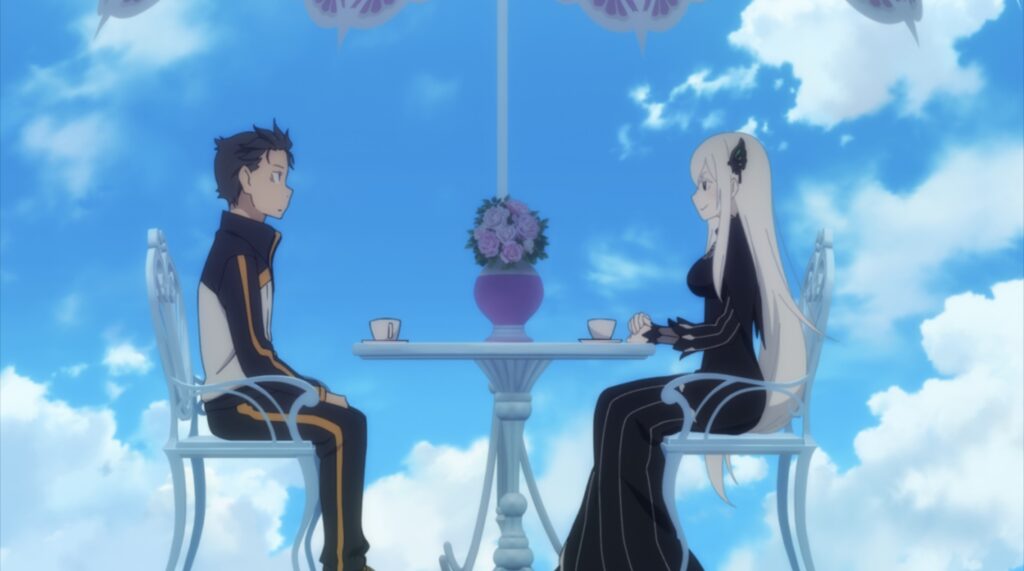 Re:Zero episode 37 is framed entirely around Echidna’s lack of empathy and her desire to assist Subaru without understanding his desires. Being a Witch of Greed, she lusts for the power of knowledge and seeks to learn everything she can about Subaru, his power, and the world he inhabits. For her, the need for knowledge trumps everything, and it doesn’t matter if people get hurt along the way if something is learned from their experience.

With this lack of empathy brought to the fore by her desire to form a contract, the nice-girl persona she’s crafted throughout season 2 so far begins to slip as she attempts to build this relationship by any means necessary, including manipulation. 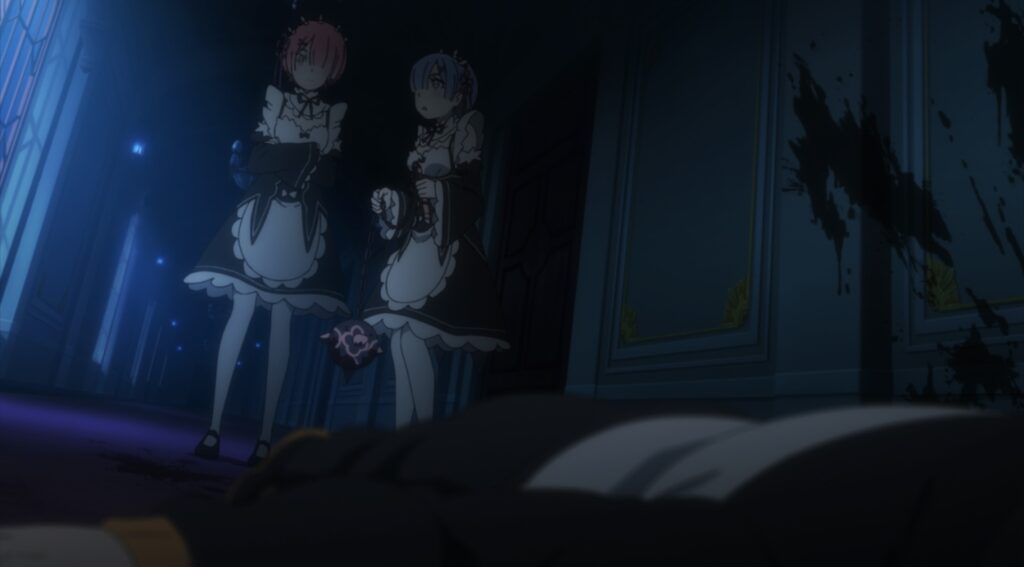 The first step comes from the second trial to free the Sanctuary, facing the unbearable present. Here, Echidna implants visions of the events that occur after Subaru’s deaths in previous timelines, acting as a flashback and a recontextualization to key events from previous episodes in the series. We go back to season 1 where Subaru is frozen to death at the mansion after Puck goes berserk and we see his suicide in the very first episode of this most recent episode, and each time we get to see the reactions of the people he leaves behind as he returns from death.

The series has already reinforced the emotional pain that Subaru is forced to live through from reliving his own death to save his friends, but this ambiguous trial leaves with it the horrible realization that, rather than returning from death, Subaru is simply moving to a parallel timeline. The people he thought he was saving still have to suffer, just he won’t ever have to witness it. 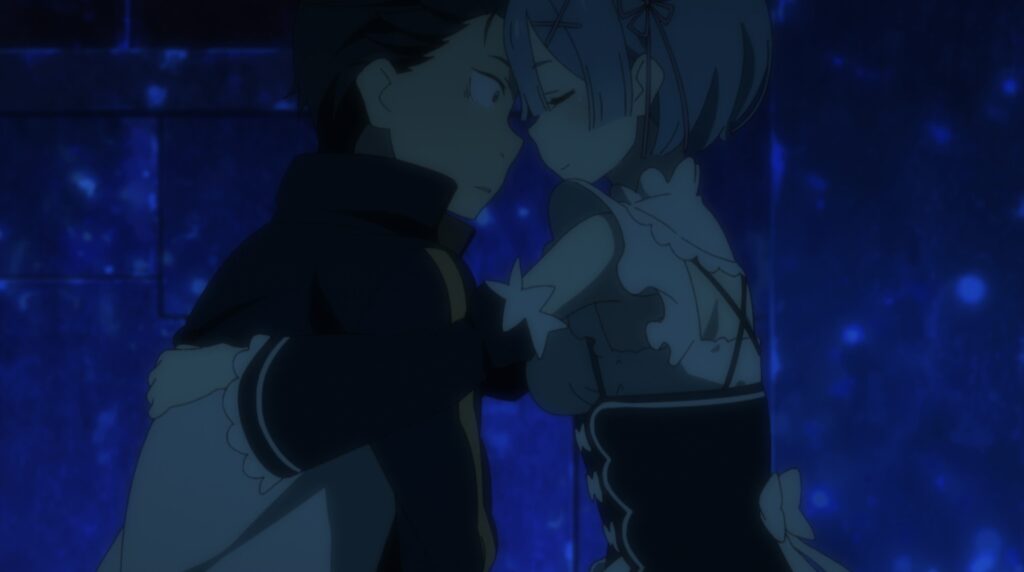 This is then weaponized by Echidna to try and form a contract, and it’s understandable why it could be tempting to agree. Echidna is offering a way out from Subaru’s pain by guiding him to the ideal solution, and all he has to do is say yes. But this is just another form of manipulation, as all she seeks is knowledge and refuses to guarantee that sacrifices won’t be made in search of this ultimate truth. Echidna’s mask slips as we learn not just of her lust for knowledge but the truth behind Beatrice’s contract: not only was she the one who forged the contract, she created it without thinking about the person who would free Beatrice from her duties as she was curious who Beatrice would choose of her own free will.

For Echidna, this is all in the ‘wonderful’ pursuit of knowledge, and a little bit of pain along the way is inevitable.

Even with some disappointing cuts of animation that even, unfortunately, impacts Echidna’s defining speech at the end of the episode, the story of this week is more than strong enough to make up for this. Re:Zero episode 37 is an exploration of suffering and empathy through the eyes of a witch, pitting the idea of suffering for the sake of someone you love against the omnipresent overseer who simply seeks to advance the world through whatever misguided ideas they see fit. 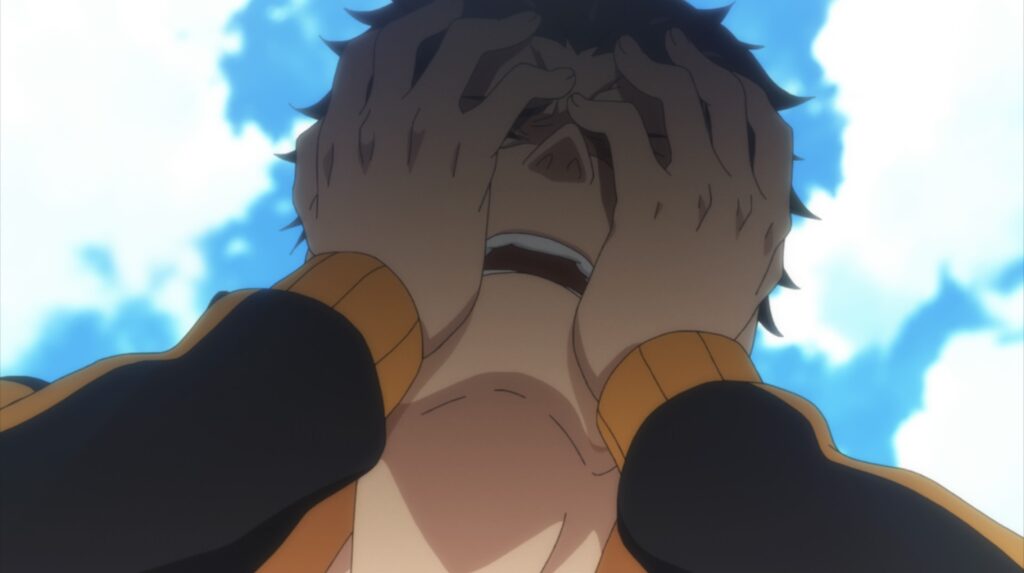 Through Subaru’s empathetic eyes this episode is a powerful argument for fighting through pain for the ones you love and solidifies this week’s episode as the strongest episode of season 2 so far.