Re:Zero -Starting Life in Another World- Episode 39 Review: A Victim of Circumstances 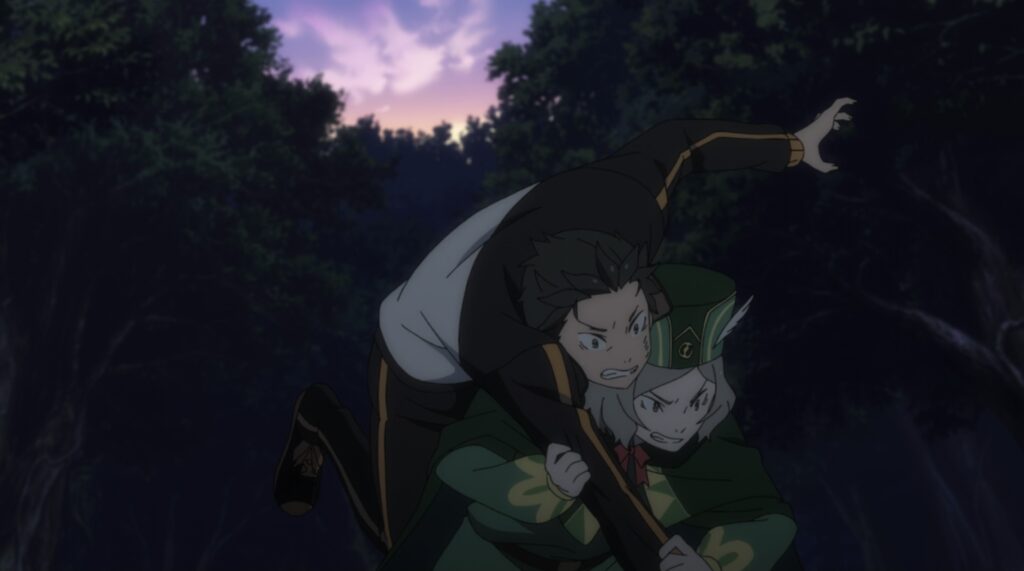 It’s difficult to write a review of Re:Zero episode 39 from the perspective of it being the first episode of a new season of the anime. More appropriately, I think this episode, and Re:Zero season 2 as a whole, showcases most astutely the problems the anime industry has gone through in adjusting to a post-COVID-19 world and the production delays that have complimented it. 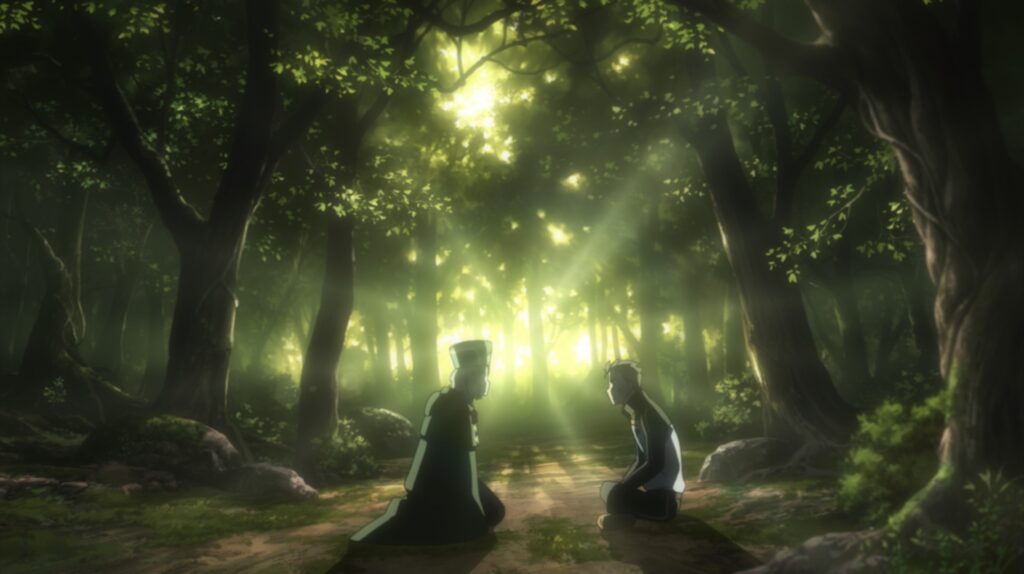 Re:Zero episode 39 acts as a continuation to the final episode of part 1 of season 2 because it was never intended to act as a grand return for the series when the series was initially conceived. Following on from the meeting of the witches in the final episodes of the first cour, alongside learning more about Roswaal before ending with Otto reaffirming their friendship and a desire to help, the cliffhanger of the previous episode didn’t emit the gravitas of a mid-season finale. That’s partly because it was never intended to be one; the show was only hastily re-adjusted into a split-cour production following the initial delay due to COVID-19, where it was revealed in June that part 2 would air in January after a 1-season break.

It’s part of why this episode falls a little flat as a return from the franchise after months of waiting. We return to the episode at the exact moment that the last episode left off, with Otto confronting Subaru with a plea to allow him to help instead of constantly acting alone. We’ve seen their friendship soar over this second season so far, and he’s become a core of Subaru’s engaging story arc of learning self-love that has made up this new season as opposed to the action-heavy first season. It was a rough set of episodes for Subaru’s character as he repeatedly witnessed friends die and he became more isolated, yet it also showcased his strength with the growing realization that the people around him cared for him in ways he’d never considered before. 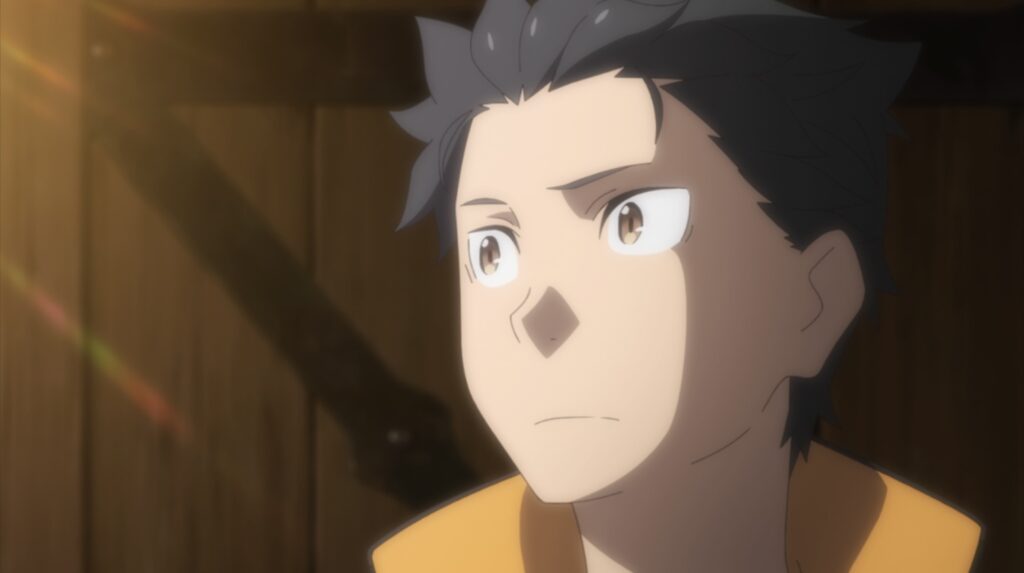 It was cathartic in that sense, and this first episode of part 2 lets us see that in action. Subaru’s actions throughout this premiere act as a recognition of the bonds he shares and him using it (while reaching out to people like Roswaal) to solve the issue of freeing the Sanctuary and saving the mansion that plagued him since the opening of season 2.

It’s here that we see a lot of forward momentum in developing the story and all the characters we’ve met as part of the Sanctuary arc so far. Having spent much of season 2 off-screen and endlessly failing at the challenges of the Sanctuary, the return of Emilia with a deepening of her character as she explains the fuzzy memories of her family explored in the Frozen Bond OVA to Subaru. Rather than discarding the character, seeing her return with this opening up as their relationship becomes less one-sided, especially after what has happened and does happen this week to Puck, is welcome.

When combined with the way he puts his new plan into action with genuine hope of success as he relies on and weaponized the strength of all his friends, it’s a nice pay off to everything that’s happened in season 2 so far. 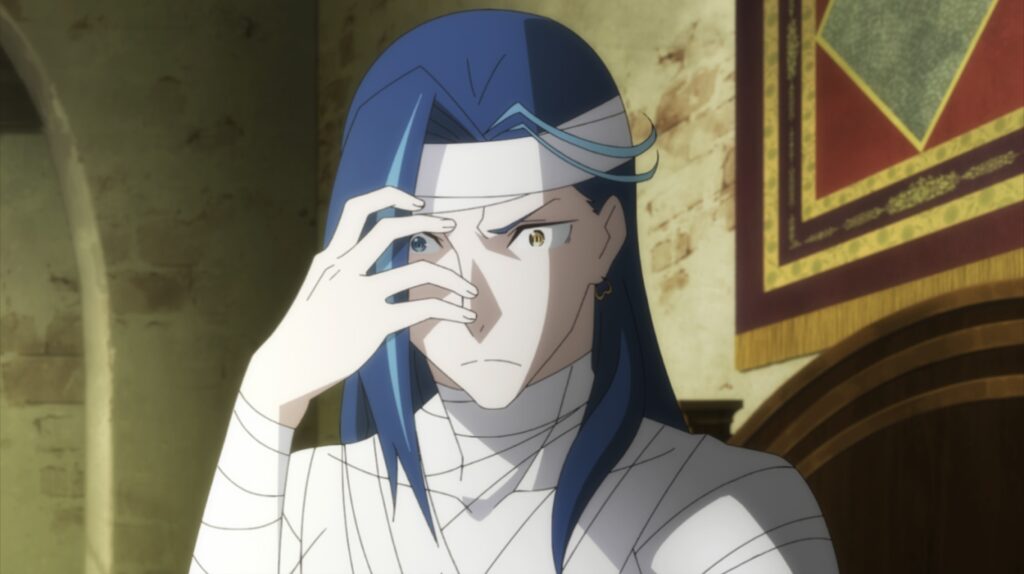 But that’s the issue, isn’t it? As an episode, Re:Zero episode 39 is a strong one, building on story threads and hints left throughout the season so far to push the story forward as we head towards the finale of this arc. It just doesn’t work as a season premiere.

When I mention this episode exposes the issues that arose from COVID-19, this is the crux of it. Re:Zero season 2 wasn’t planned to be a split-cour series and was intended to air continuously, just like the first season. I noted in my review of the part 1 finale that the episode lacked the gravitas and cliff-hanger feeling of a traditional season finale, and it’s because it was a necessary, not a natural, endpoint for the series.

In a similar vein, Re:Zero episode 39 is a necessary, not a natural, season premiere, and suffers even more than episode 38 by the additional weight it receives as a result of its status. Because everything in this episode is a payoff to things that happened months ago for any fan watching the show week to week, it’s easy to forget key moments from part 1 that are referenced here or to not feel the same sense of momentum as the show would possess if it were airing weekly. 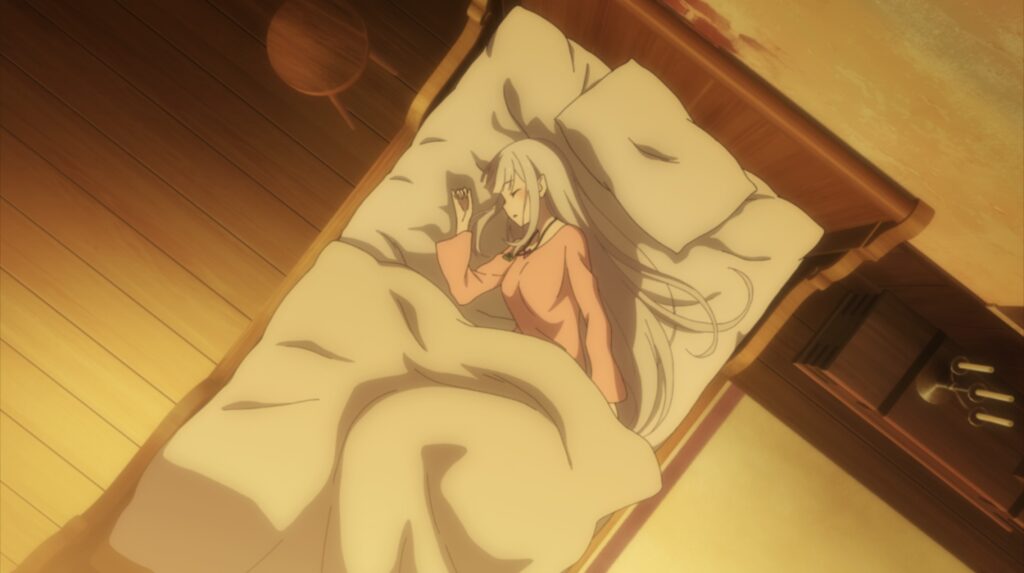 Many of the major moments of this episode fall flat as a result of the way the show has been aired, and while it’s difficult to blame the anime for this, it did hurt my enjoyment of the episode as a whole. Watching Re:Zero episode 39 outside of a simulcast environment or directly following a rewatch of the series so far will ensure that the intended effect the creators intended for this episode is fully felt by the audience. For me, returning to the series after a few-month absence, I had to reference my previous reviews for context and found the experience fell a little flat.