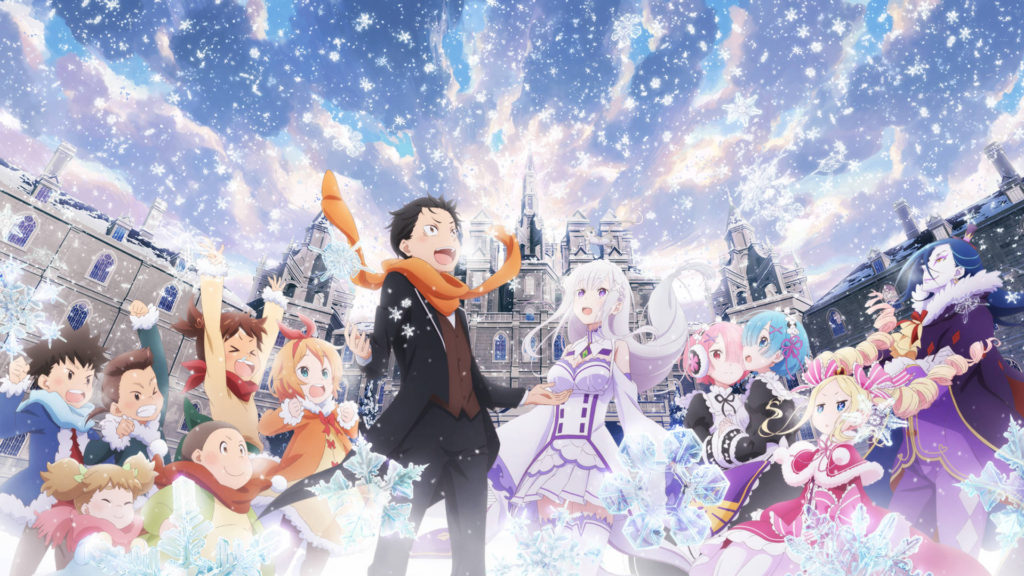 In response to the massive popularity of the Re:Zero franchise, it was announced during the MF Bunko J Summer School Festival in September 2017 that a new OVA would be produced by the team at White Fox. Earlier this month, we were given a taste of what’s to come through a new key visual, and today that imagery was expanded upon.

Shared via the official website for the Re:Zero series, fans can expect the new OVA episode to hit theaters across Japan during Fall 2018. Titled Re:Zero -Starting Life in Another World- Memory Snow. Joining the announcement was an expanded version of the key visual we shared just a few weeks ago, as seen below: It’s expected that further details about the upcoming OVA will be shared later this week at AnimeJapan. Also available at the convention will be exclusive goods and merchandise, as well as advance tickets for theatrical screenings, which go on sale at the KADOKAWA booth from March 24 – 25.

You can find more information about the Re:Zero series via the official website.