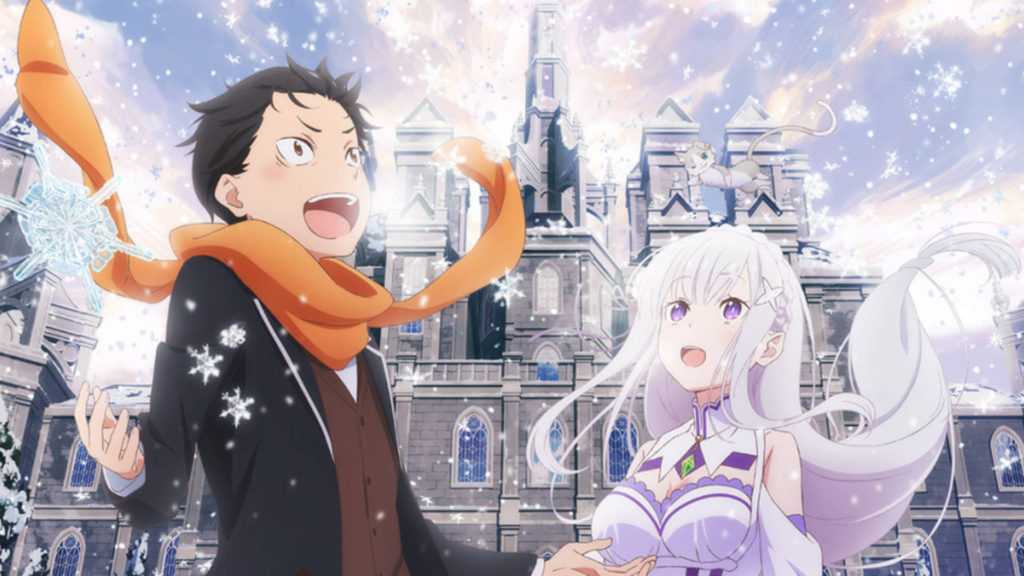 Announced via the Re:Zero official website earlier today, the anime series will be receiving an original OVA episode with simultaneous theatrical screenings across Japan. While there’s yet to be much information revealed regarding the OVA episode, we’ve got our first look at the release through the key visual showcased on the website. Let’s take a look at that below: While I mentioned that we still don’t know too much regarding the upcoming anime series, we’re likely to find out more during the AnimeJapan 2018 stage event which is taking place on March 24. We’ll be on the floor at the event, and will be sure to give you updates as their announced. Originally released in 2016, the anime adaptation of the Re:Zero rapidly rose to become one of the most talked about anime of the season. The full synopsis of the show can be found below:

Natsuki Subaru, an ordinary high school student, is on his way home from the convenience store when he finds himself transported to another world. As he’s lost and confused in a new world where he doesn’t even know left from right, the only person to reach out to him was a beautiful girl with silver hair. Determined to repay her somehow for saving him from his own despair, Subaru agrees to help the girl find something she’s looking for.

If you’re interested in checking out additional information, you can head over to the official website for the series.