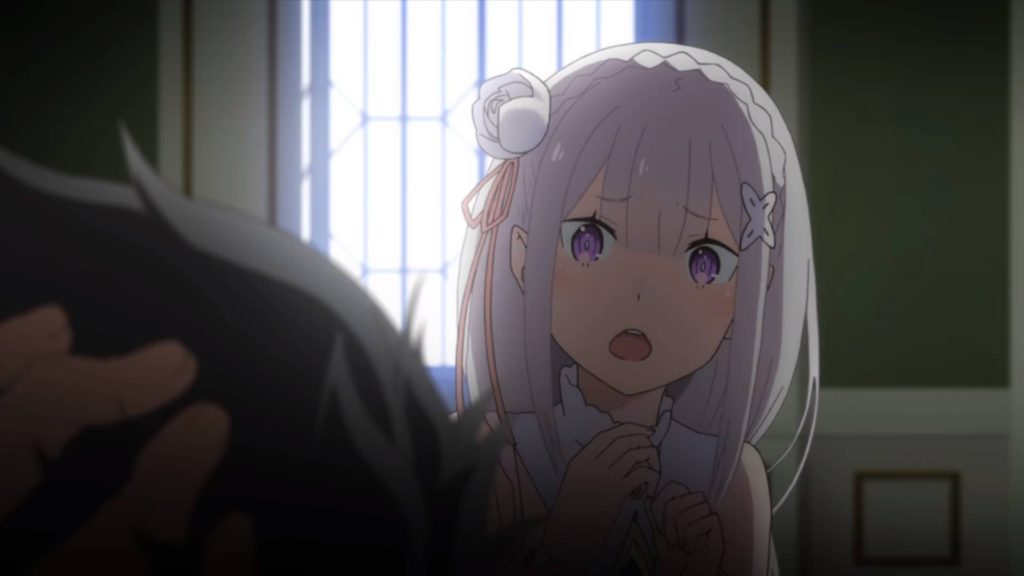 Ever since the final episode of Re:Zero – Starting Life in Another World aired back in September of last year, fans like myself have been dying (that’s some deep referential humor there) for any announcement of new content, whether that be in the form of a second season, a movie, or anything really. That wish has finally realized in the shape of an OVA, which is slated to be born into this world from (presumably) zero at some point shortly.

The announcement came at the “MF Bunko J Summer School Festival 2017” event on Sunday. Take a peek at the preview trailer below.

The scene unfolds at Roswaal’s mansion, wherein Subaru seems tormented by what could only be his dreadful curse. Giving her all to take care of him, Emilia expresses her concern for Subaru’s latest scourge. In what is shaping-up to be the series’ most intense episode yet, it appears that Subaru and maid sisters Rem and Ram are involved in some kind of cook-off? Clearly, the stakes are high here — undoubtedly our heroes have set out to appease some vicious demon possessive of a scarier name than “Gordon.”

Unless, of course, the scenes found in the preview have nothing to do with the contents of the OVA itself, which is a distinct possibility since the entirety of the trailer appears to be a dramatic buildup into Rem’s saying that they’re “making an OVA.”

Whatever it is, it can’t come soon enough.

If you haven’t indulged in one of the greatest “isekai” (other world) anime stories in recent memory, I highly recommend checking out  Re:Zero. Following is an official synopsis from Crunchyroll.

Natsuki Subaru, an ordinary high school student, is on his way home from the convenience store when he finds himself transported to another world. As he’s lost and confused in a new world where he doesn’t even know left from right, the only person to reach out to him was a beautiful girl with silver hair. Determined to repay her somehow for saving him from his own despair, Subaru agrees to help the girl find something she’s looking for…