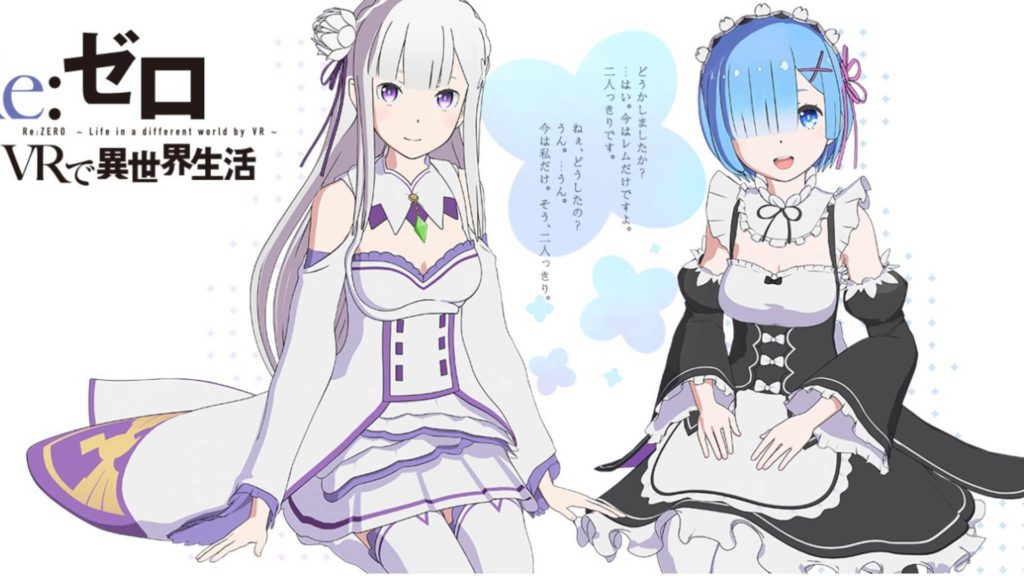 Recently, I had the chance to try out both a very fancy and very expensive gaming rig equipped with one of virtual reality’s foremost headsets, the HTC Vive. In both of the games that I was able to sample, I shot things. While playing Super Hot, I shot bullets at mysterious red holographic dudes who were inexplicably out to murder me. In Gal Gun VR, I uh, shot ecstasy at anime schoolgirls who were getting a little too close for comfort. Oh, and I shot pictures too — pictures that afforded me a glimpse at various artistic and geometric patterns, like various florals, multi-colored stripes, and even polka dots! Guess which one of these experiences was more powerful in convincing me that the VR world was perhaps the better reality to live in?

Please be ready to phone-in some help right to my door, dear readers, because what’s coming next may likely cause me to forgo basic necessities in exchange for remaining ever-content on my dear Emilia’s lap.

Though already a smartphone VR experience, Re:Zero –Life in a Different World by VR- is making its way to some seriously souped-up VR headsets by way of an official Steam PC and PS4 release later this year. Developer and publisher Gugenka has decided to split the experience in two, as the game will come in both an Emilia and Rem edition. Prepare for some comfy lap rests and some tasty treats as your girl of choice takes you completely under her wing.

And hey, if you don’t even want to wait for a release over those familiar platforms, you can head on over to DL Site right now to grab both the Emilia and Rem editions of the game for 2160 yen each or about $20 USD.

There is no word yet on an English-language or otherwise release of the game, but I suspect that it won’t be a dealbreaker for what is essentially a total immersion product.

I must admit that I was a pretty big skeptic at first, but after playing Gal Gun VR just recently and experiencing just how in-your-face and convincingly-real even an anime experience could be, I’ve decided that it could indeed play a big role in the medium’s future.