What Is Read Or Die? 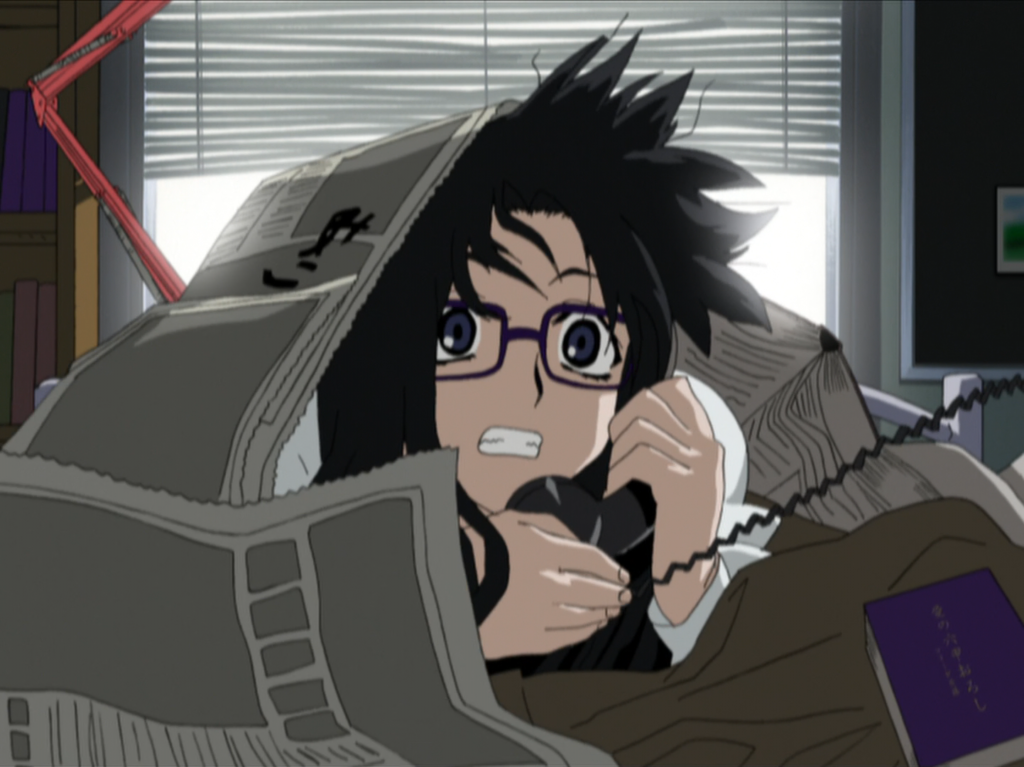 R.O.D: Read or Die started a light novel series. At this point in time in January 2020, there are eleven Read or Die light novel books in existence with two more promised on the way. They were written by Hideyuki Kurata.

The series has expanded from just light novels to the R.O.D. word being adapted to manga, an OVA, and an anime series. There are many different stories within the R.O.D. universe.

Kurata, in addition to the novels, wrote all the manga as well. Shutaro Yamada illustrated the Read or Die manga. Read or Dream was illustrated by Ran Ayanaga. Both stories took place within the same universe as one another. The series was published in Ultra Jump.

What Is The Read Or Die Series About?

This can get a little bit tricky to explain, so pay attention. Several different stories all co-exist together in the same literary universe. However, in some forms of media, all the characters from each tale meet or interact with each other because it’s all within the same world.

Read or Die the manga predominantly revolves around the adventures of Yomiko Readman. In this universe, the British Empire is all powerful thanks to the British Library. Yomiko is a superpowered agent who can supernaturally control paper to serve for the greater good of the library and books in general. In the light novel series and the manga, Readman divides her attention between completing important tasks for the British Library, as well as protecting and aiding the prodigy writer Nenene Sumiregawa.

The light novel story and the manga story differ after the first few chapters of each, so the storylines are different.

Who Are The Characters In Read Or Die?

Half Japanese and half English. She is a part-time substitute teacher and a full-time magical paper wielding agent of the British Library. She is kind and sincere. She can also be a little flighty and disheveled.

The protagonist of the manga, and (to a degree) almost every other R.O.D. series.

The leader of the Special Operations Division. He is English. He is polite and confident, but don’t let his manners fool you. His role changes depending on which series he’s in.

She is half-Indian and half-English. She first became a part of the Special Operations Division at only 19 years old. She spends a lot of the series assisting Joker and the series begins with her becoming Joker’s personal secretary.

During her time in the manga, she is extremely dedicated but very clumsy. Her role also progressing depending on which series she is in.

She is a special agent, recruited in China. She has the power of “diving” which is the ability to pass through walls and solid matter. She does not make an appearance in the manga, but is more a part of the Read or Die series than she is Read or Dream.

She is Japanese. Nenene is a world-renowned author and a child prodigy. She first started her with a book named Kimi ga Boku o Shitteru and became internationally famous. She is frequently threatened, kidnapped or attacked by her insane fans and competitors.

Japanese. Dead before the series starts. Yomiko was in love with him, as he was her mentor.

The complete name of this series is R.O.D – Read or Dream – We are Paper Sisters Detective Company. It is also written by Hideyuki Kurata and illustrated by Ran Ayanaga. It follows the adventures of three (nonbiological) sisters who attempt to run a freelance detective service together.

Who Are The Characters In Read Or Dream?

Michelle is the oldest sister. She is 23 and is the only one who is legally an adult. She is a free spirit, lazy, caring, talkative, calm, carefree, extroverted and frivolous.

Most of the funds from their business go directly into buying books for their apartment. She is also a paper wielder, and is skilled especially in creating a bow and arrow for combat.

Maggie is the middle sister. She is 19 years old.  Michelle says she is “Big, Strong and Sharp!” Maggie is a great cook and loves reading. She is very stoic, quiet, reserved, kind and sometimes depressive.

Maggie is also a skilled paper manipulator. She is good at creating giant puppets made of paper to fight or defend the team.

Anita is the youngest of the three, at 12 years old. She is practical, responsible, a spitfire, brash, outgoing, outspoken and sincere.

She does not share her sisters love of books and reading. This is because of several traumatic experiences she’s had involving books and libraries. It’s said in the series that if Anita truly didn’t like literature, she would have no strong opinion on them.

She is the one who takes care of the apartment the most. Anita has a strong fondness for frogs and merchandise with frogs on them.

Anita is a martial arts expert, and uses her magical paper skills to further enhance them. She uses paper as sharp blades or close-combat weapons.

The Read or Die OVA is a continuation of the manga series. It was directed by Koji Mansunari and created by Studio Deen in winter of 2001.

This story takes place only a few years after the events in the manga take place. The story takes place all over the world. This OVA follows the adventures of Yomiko Readman and her experience meeting Miss Deep. Together they have to combat the “Death Symphony” which instantly causes whoever is hearing it to commit suicide.

R.O.D the TV is a sequel to Read or Die OVA. It was made by J.C. Staff and produced by Aniplex. It runs 26 episodes long. It was directed by Koji Masunari and written by Hideyuki Kurata.

This series stars Maggie, Michelle and Anita. The trio meets the author Nenene, years after both of the time the manga series takes place in. After saving her from a crazed fan, they become her bodyguards.

Nenene frequently mentions an old friend she misses dearly that has gone missing. Most of the major characters from the novels, manga(s), and OVA  have a role in this anime, along with a few new ones.

Where Can I Watch And Read The Series?

You can watch the R.O.D. Anime series on Crunchyroll.

The Read or Die and Read or Dream manga has been published by VIZ Media.