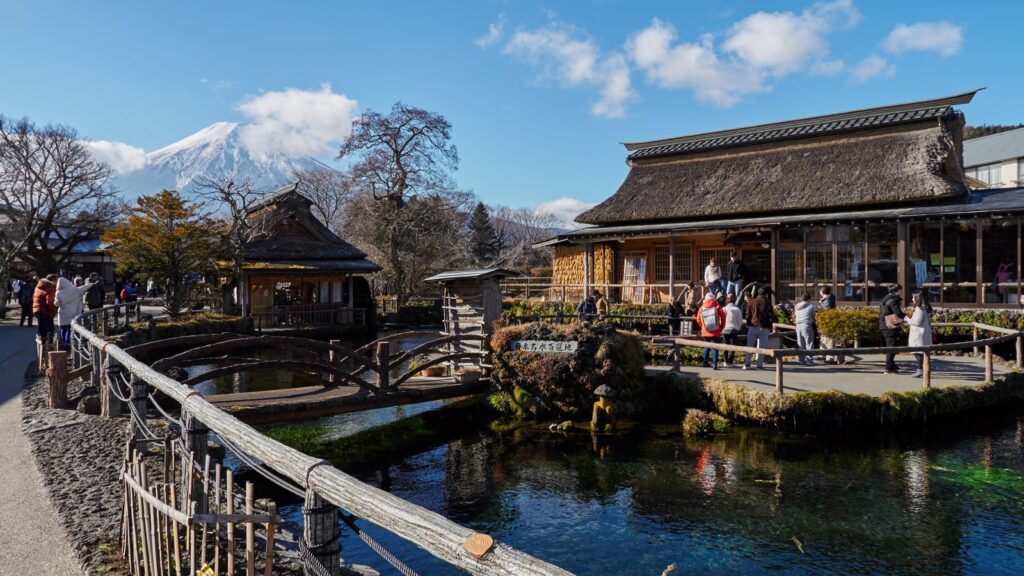 Tokyo is incredible: no shock there. Big Japanese cities attract tourists for good reason, and plenty of anime series take place in these hectic neon settings… but what about the other side of the coin? We could all use some room to breathe, and Japan offers far more beyond the borders of the metropolis.

The series in this list didn’t just take place in some fictional countryside: they took place in actual places you can visit. Well, when the world opens back up.

Here, have something to look forward to! 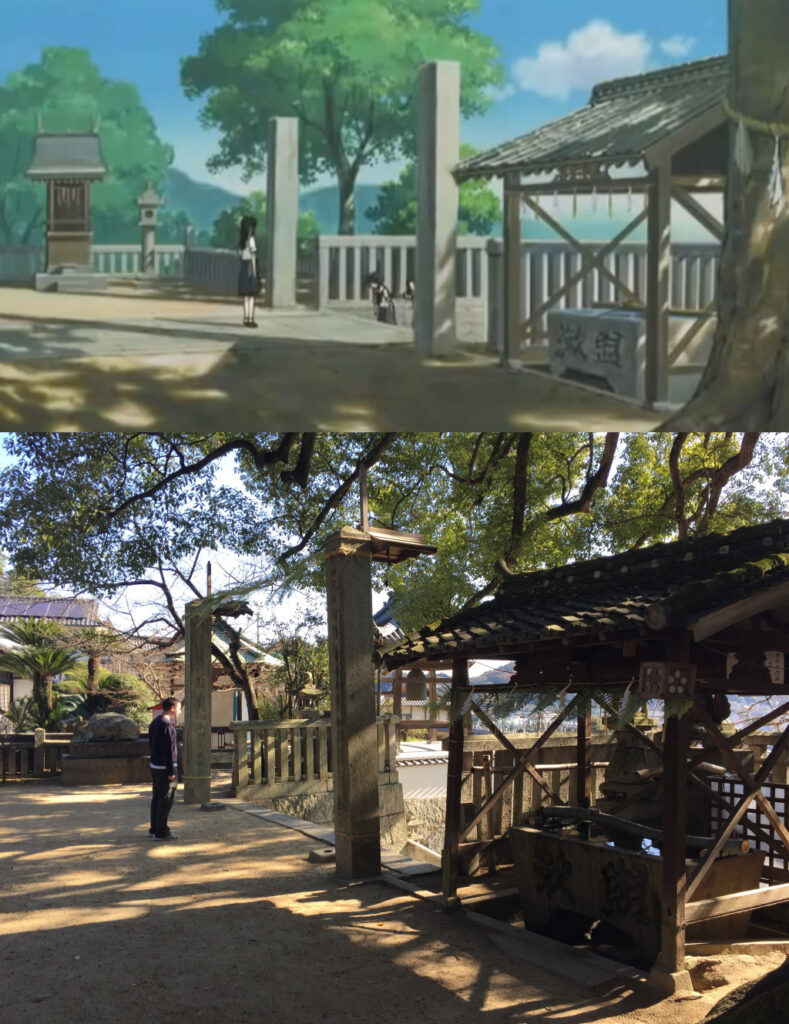 On the picturesque shores of the Seto Inland Sea sits Onomichi, home to fledgling goddess Yurie Hitotsubashi and friends. The city was portrayed to incredible levels of detail in the 2005 series, from the train station and school the girls attend to the ferry terminal and numerous shrines dotted throughout.

Don’t miss a visit to 9th century temple Senko-ji, something that will also look familiar to fans of Yakuza 6: The Song of Life. The view over the city isn’t too shabby either. 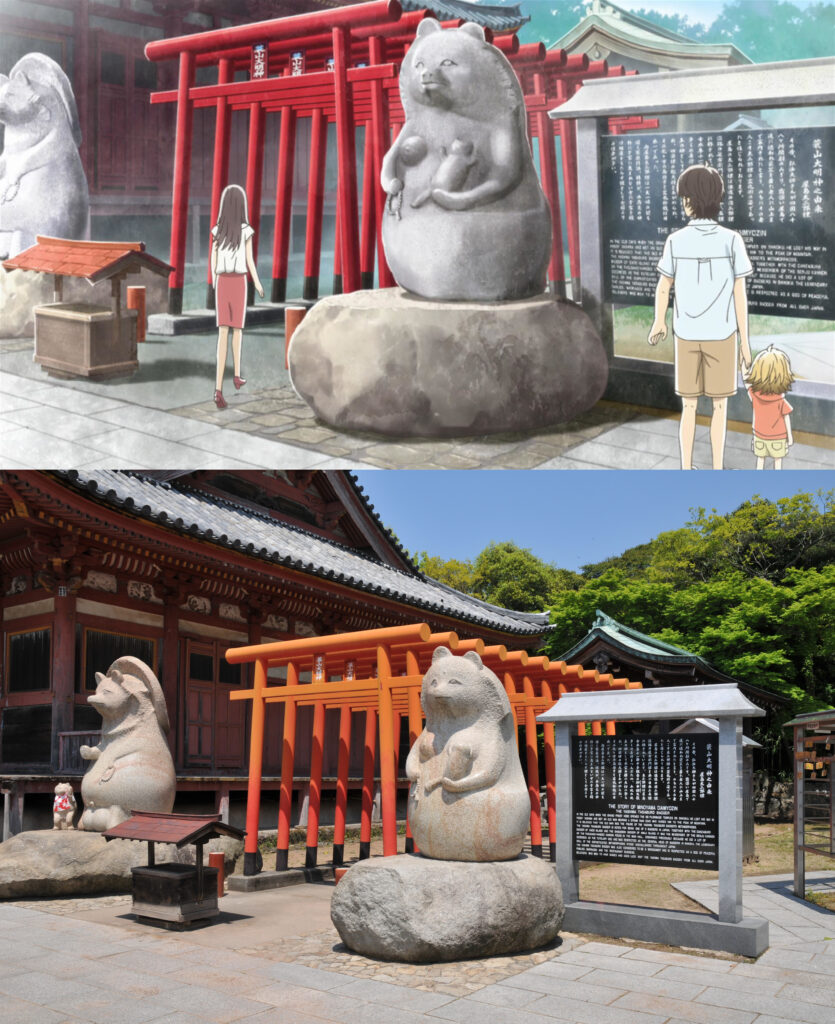 While the port city of Takamatsu is also largely featured in Poco’s Udon World, Shodoshima will offer travelers a bit more tranquility. Oddly known as the first area in Japan to grow olives and a home to a few early literary greats, it also features a collection of wild monkeys and some gorgeous beaches.

Manga fans may also recognize the location as the setting for Souichiro Yamamoto’s manga series Teasing Master Takagi-san, taking place in the city of Tonosho, one of two cities on the small island. 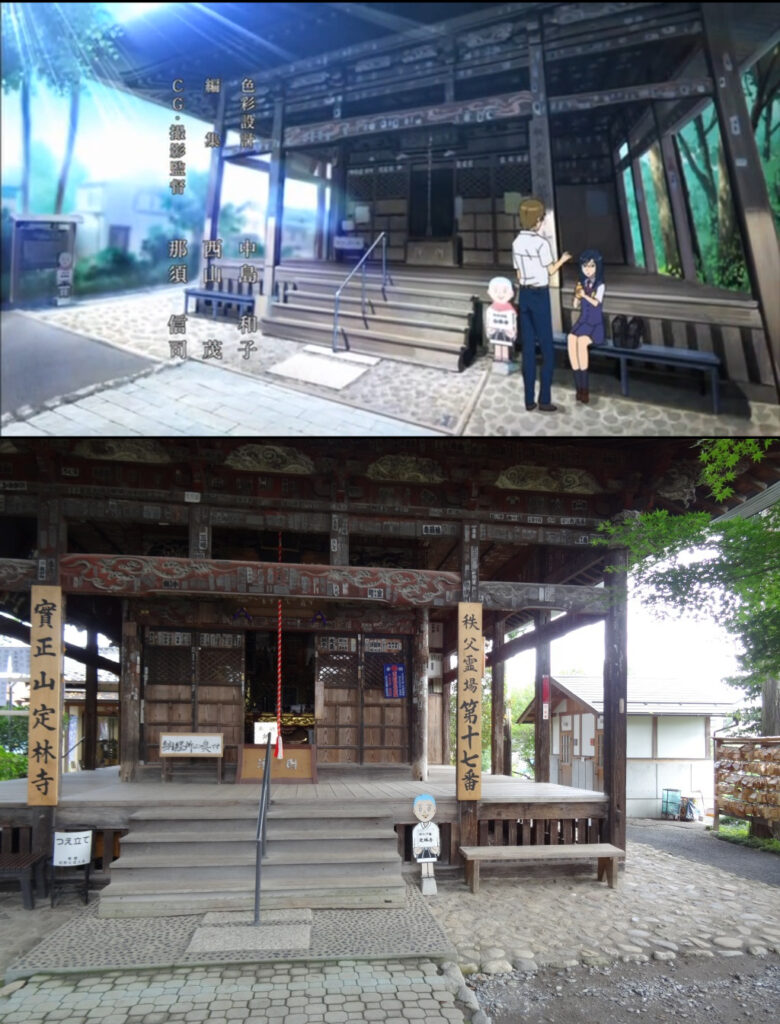 Saitama gets a bad rap, and it’s not warranted. Seen as the country-bumpkin neighbor to the sprawling Tokyo metropolis and a commuters paradise, is there a reason to visit? Those who could see the screen through their tears while watching Anohana may have glimpsed some gorgeous scenery.

The tourism office has absolutely jumped on the hype train, offering Anohana tour maps and rental bikes to those wanting to go on a pilgrimage to the Chichibu bridge, the schoolyard, Jorin-ji Temple and, of course, the Ryusei scaffold, where the main characters went to launch a firework to God. 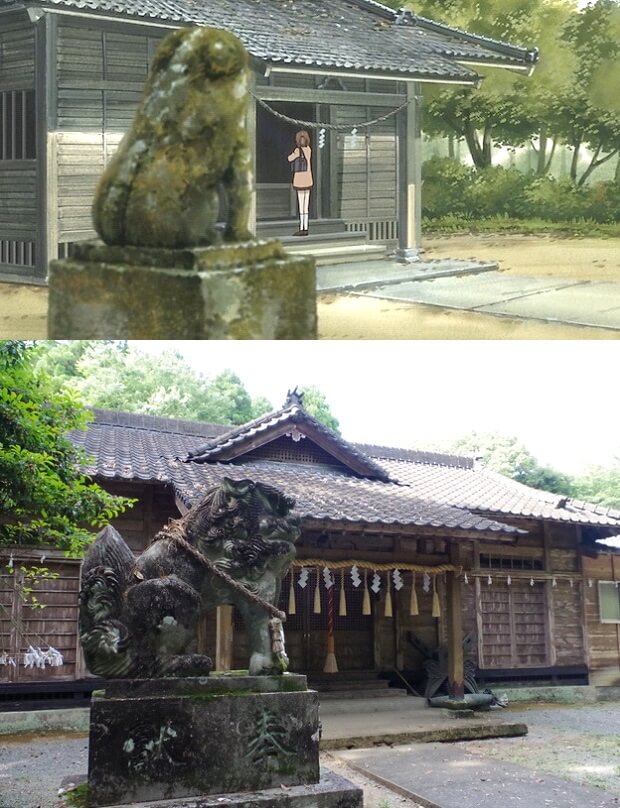 Following Nyanko-sensei to the quaint town of Hitoyoshi in southern Kumamoto may mean a long journey from Tokyo, but it’s one you won’t soon forget. Little mementos from fans are left all over the town, from the bus stop featured in the second opening to Amemiya shrine, the latter complete with a little Nyanko figure inside waiting to hear your prayers.

Take a trip on the SL Hitoyoshi, a steam-powered sightseeing train, if you want to take in as much of the sights as possible! (The inside is quite fancy.) 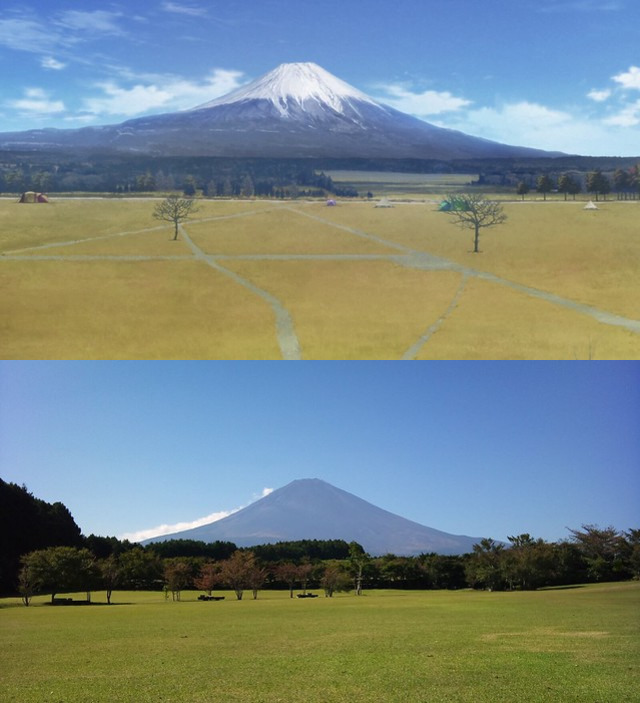 The wonderfully zen Yuru Camp takes place in and around Yamanashi prefecture, and it certainly wasn’t easy to choose a favorite location highlighted in the show! For those wanting to give camping a try, the Fumotoppara Campground in the ancient city of Fujinomiya is the perfect place for majestic views of Mount Fuji and a hot cup of curry noodles.

Don’t forget to stop by the nearby Fuji Safari Park while you’re there, whether by foot, bus or car. By the way, did you know that the character’s names in Yuru Camp refer to specific rural locations around Japan? 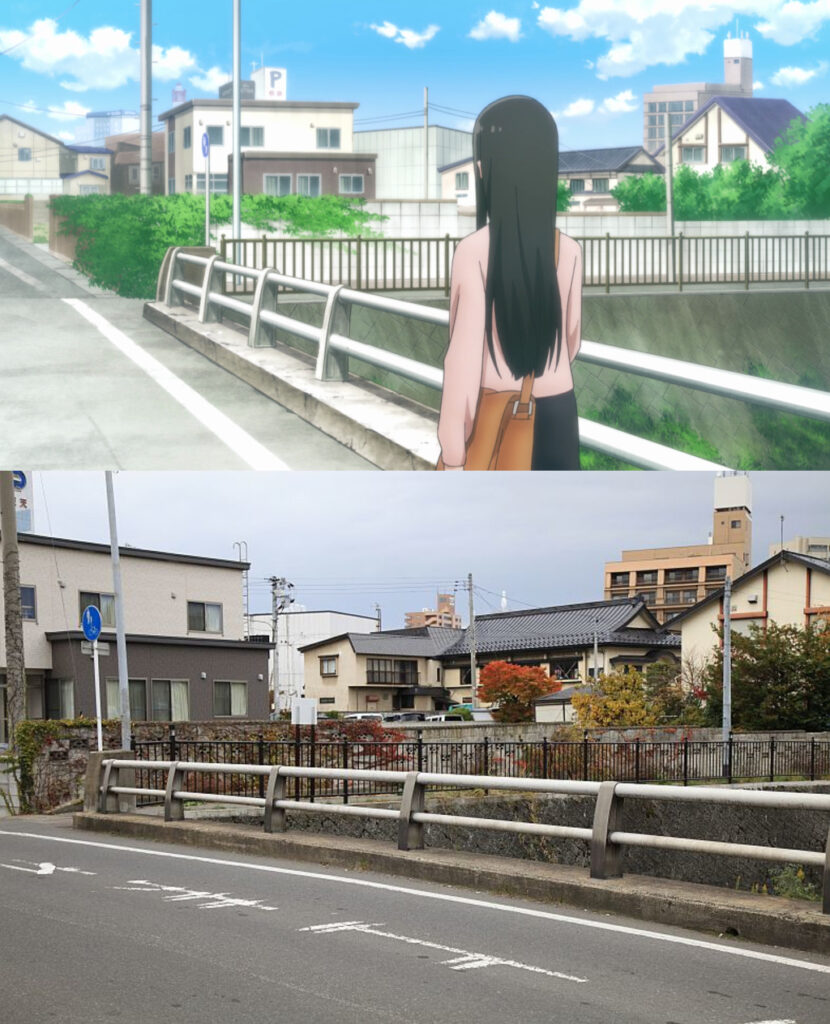 Slice-of-life and iyashikei fans won’t hesitate to tell you that Flying Witch is a series by which others in the genre are judged. Simply put, Makoto moves to Hirosaki, and lives a normal everyday life. That peace can be lived, not only watched: the castle town is a perfect base of exploration in northern Japan, with scenic gardens, more apples than you could ever eat (it’s the largest producer in the country), quiet cherry-blossom laden streets in spring and the immensely popular Neputa festival held every August.

You don’t need to be a witch to visit. 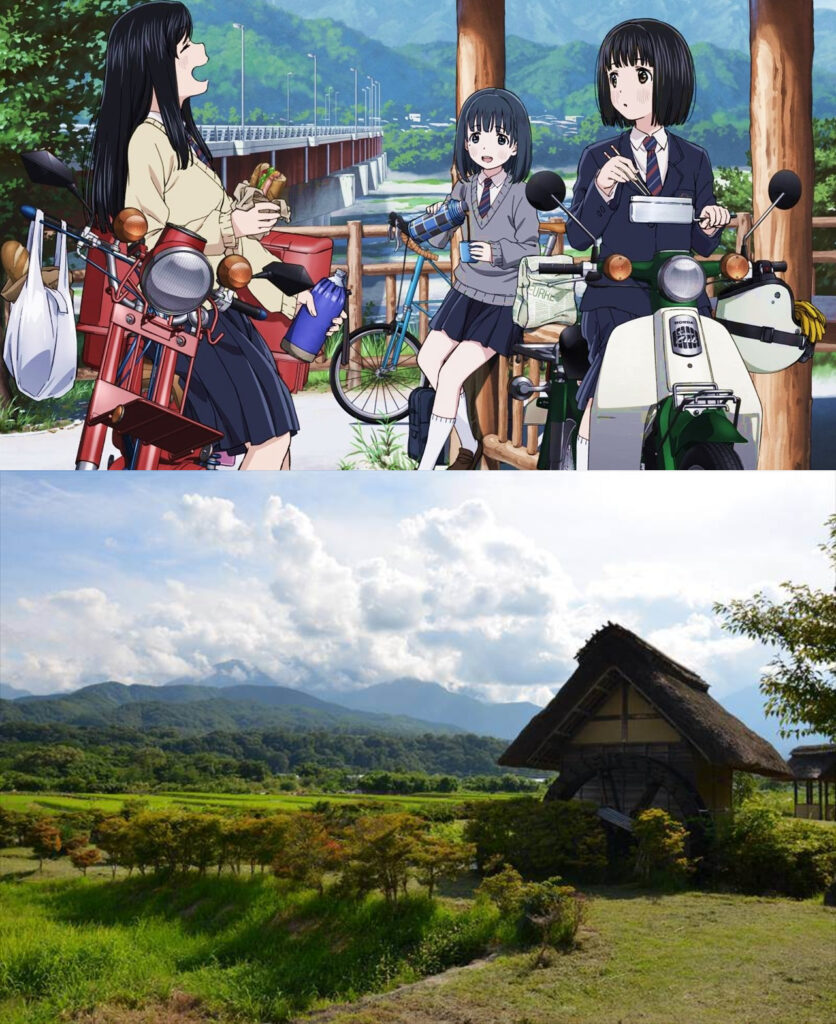 The first episode of this season’s motorcycle series impressed us, showing plenty of panning slow shots of the centrally located Hokuto highlands. You may not find this sleepy town in many tourist guides, but that doesn’t mean it has nothing to offer: peace and quiet for one, and history for another.

The Kinsei and Umenoki ruins date back to the Jomon period (14,000-300BCE), while the nearby Kitashoji Falls is on the list of the Top 100 Waterfalls in Japan. We’d recommend renting a motorcycle for your adventures. 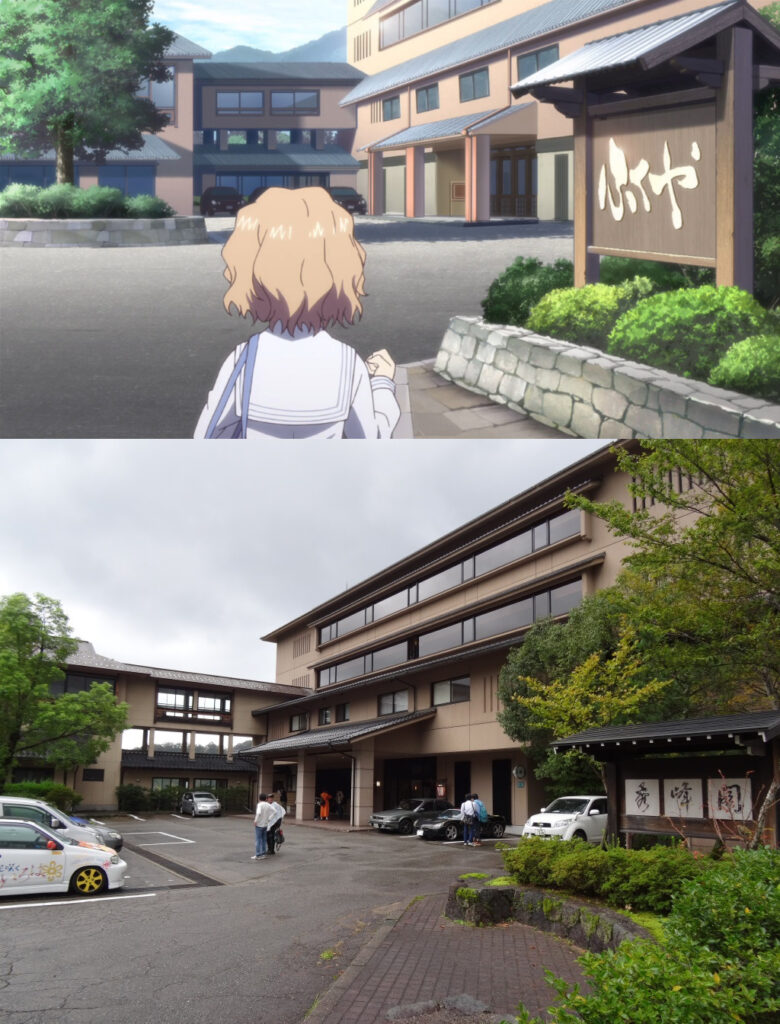 A series with heaps of traditional flare, Hanasaku Iroha doesn’t exactly take place in a rural setting: it’s set in the capital of Ishikawa Prefecture. But visiting Yuwaku Onsen, surrounded by walls of greenery and such a close-knit local feel, the resort teleports you to another place and time. With a 1,300 year history, visitors can experience nine different healing springs. An easy trip from easily accessible Kanazawa Station.

In the series, the Bonbori Festival plays a large part, but such a festival didn’t exist until the show aired. The town of Yuwaku created it, and it sells out nearby rooms and brings over 15,000 spectators every October. 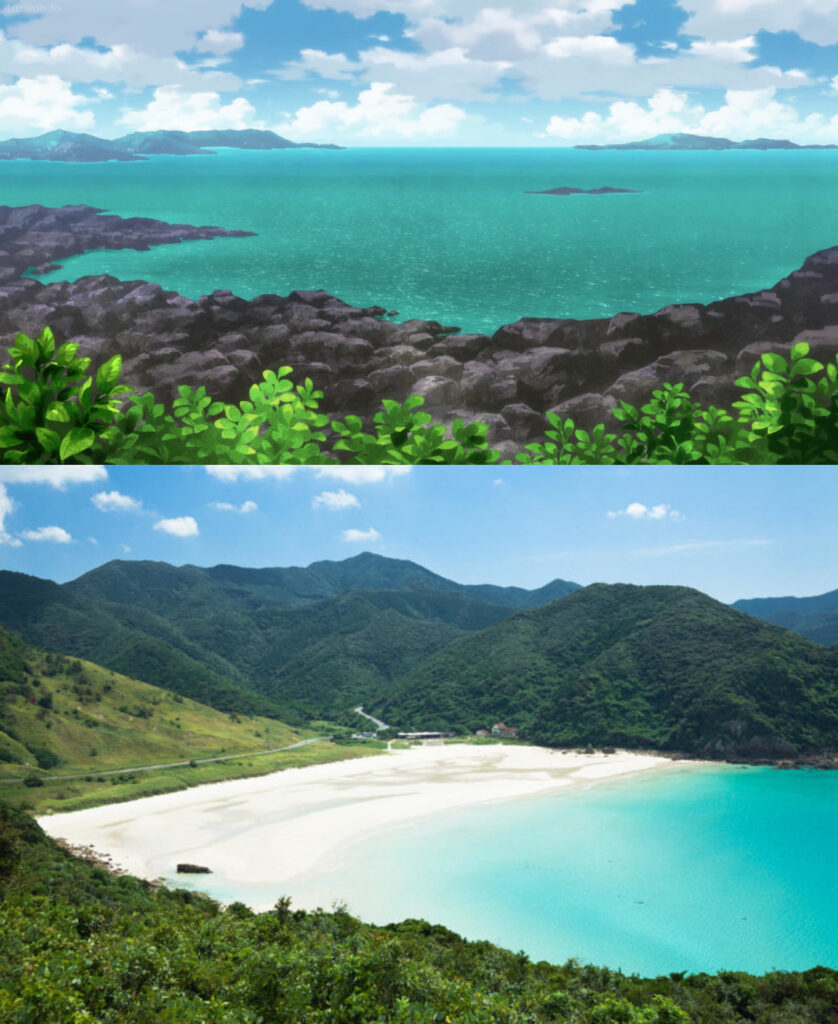 Following the story of Seishu Handa, a calligrapher who moves to the remote Goto Island off the coast of Kyushu, Barakamon may inspire you to just get away from it all. Everything from the airport to the streets of Fukue island were faithfully recreated on the screen, even specific parked cars and vending machines make appearances!

A short flight or ferry can get you to this scenic island, known for incredible seafood, and its ties to early Christianity in Japan. One castle still exists on the island, now used as a high school, and it’s very possible to go in and explore! 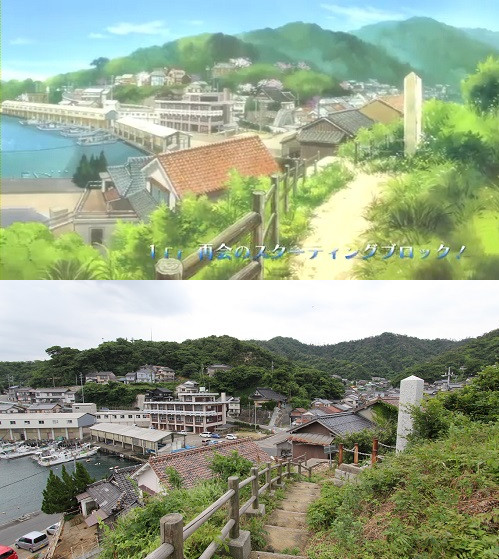 Kyoto Animation’s high-school swimming series continues to be popular, with a new movie set to release later this year. Yes, Iwatobi is completely based on a real place, and hardcore fans of the trials of our handsome protagonists shouldn’t miss a trip down the western coast. The city is entirely contained in the San’in Kaigan Geopark, meaning it doesn’t let down in the nature department, offering views of crystal clear waters, with delicious squid to boot.

Tourism has received a major boost since the series premiered, and we’d see that continuing. Maybe try a little swimming while you’re there?

Already planning your trip to Japan when the world opens? Which of the above places do you want to visit most? Did we miss any? Come join our community over on Discord, and let us know what parts of Japan you’re most excited to see.

Also, be sure to stay up to date with the newest in Japanese pop culture and subculture news by following us on Facebook, Twitter and Instagram!

Hope to see you across the ocean soon.