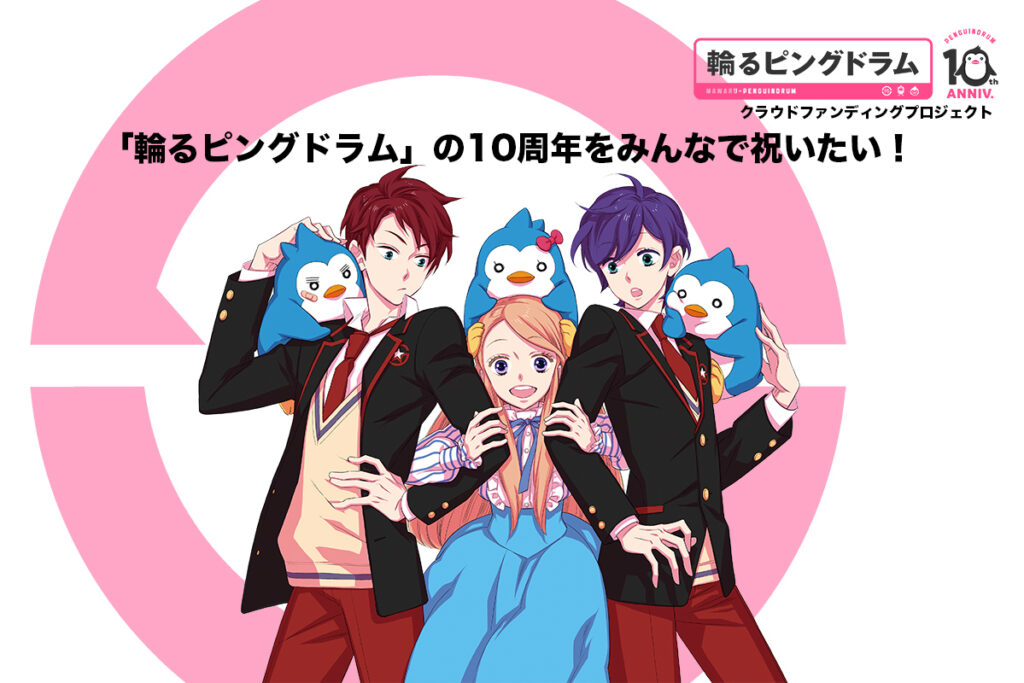 Kunihiko Ikuhara, the creator of Penguindrum, announced on their official website that the film Re:cycle of the Penguindrum got the go-ahead for production and will be a feature-length film. On top of this, they also have some other projects in the pipeline for the tenth anniversary of the anime series.

The Penguindrum (or Mawaru Penguindrum) anime was adapted from a novel and manga back in 2011, and was touted as one of the best anime of the year. Here is a brief synopsis from Seven Seas Entertaiment who published both the manga and novel in English:

The psychological drama story begins when a girl named Himari Takakura passes away after going out on a trip with her brothers Kanba and Shoma. A spirit in a penguin hat appears and miraculously saves her. However, in exchange for saving Himari’s life, the brothers must search for the Penguindrum for the spirit. A trio of strange penguins accompany the siblings on their quest.

The announcement for Re:cycle of the Penguindrum stated that they will be re-editing all 24 episodes from the TV anime as well as adding new scenarios to the film.

They will also kick off a crowdfunding campaign, limited to residents of Japan. Through the campaign, fans can get gifts such as phone or PC wallpaper, badges, stickers, an online stage greeting which they can choose to watch either online or go to in person, a doujinshi book, a 10th-anniversary T-shirt, their name placed in the credits of the film (in two options: small print or a large print equal to the same size as the film’s staff), a pamphlet for the film, and autographed goods which will be presented at the private premiere screening. There are definitely a bunch of options here ranging in prices from ¥5,000-¥200,000.

If you happen to be a resident of Japan and want to back the project, you can help them raise their 10 million yen target when the campaign starts on 8 April 2021 at the Ubgoe website.