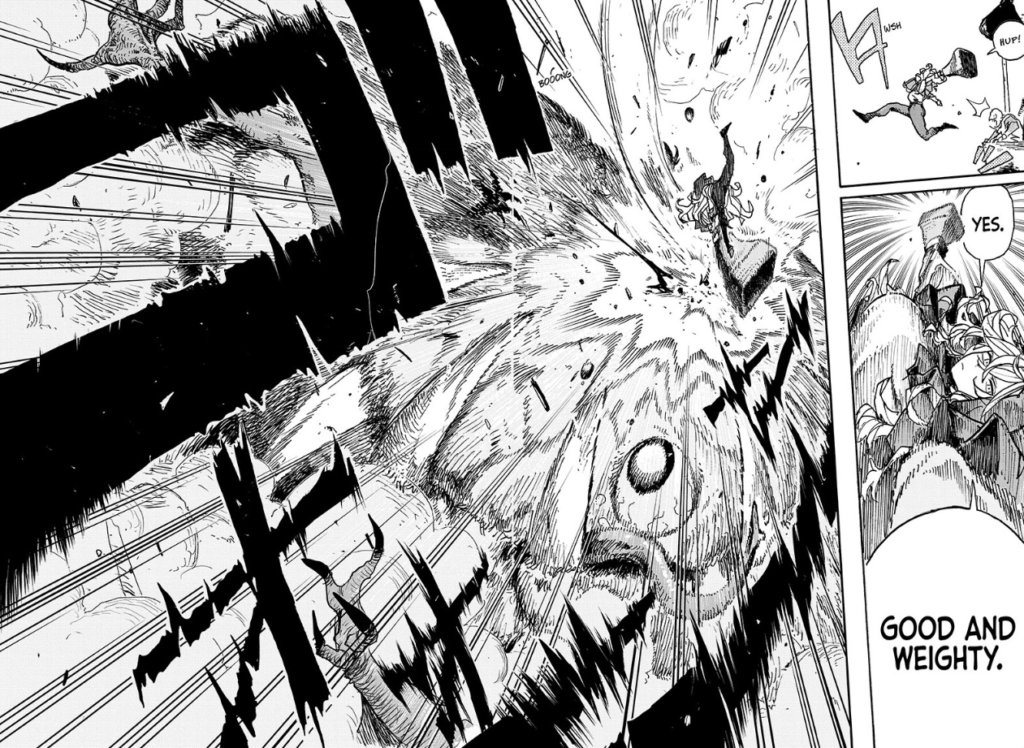 The beginning of a new week can only mean one thing: time for new Weekly Shonen Jump! This is where Jacob investigates the latest and greatest in the magazine, telling you what’s worth your time and what’s not. You can find coverage of other series under the tag Jump Time. Here’s The Hunters Guild: Red Hood chapter 2.

Now that our protagonist Valou has been shown the awesome might of the Hunters Guild, you might expect him to jump immediately at the chance to join their ranks. Yet, Red Hood chapter 2 eschews the typical formula by having him consider the implications of doing so in reality.

This becomes particularly clear when comparing Red Hood to the series that lies closest to it in terms of influence and identity: My Hero Academia. Yuuki Kawaguchi once worked for Kohei Horikoshi as an assistant, so it’s not insignificant that the path to becoming a hero isn’t as straightforward for Valou in Red Hood chapter 2 as it was for Deku: he immediately jumped at the chance to take on One for All from the injured All Might, while Valou soberly points out that someone is going to have to protect his village now that the Mayor is gone. 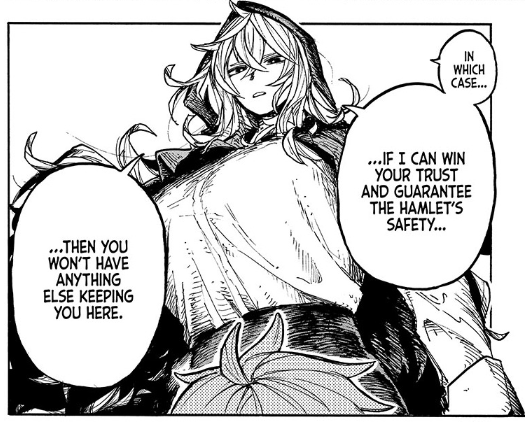 Naturally, he sees himself as the best choice, so Grimm’s main task in Red Hood chapter 2 is to convince him otherwise. She explains that they need all hands on deck in order to exterminate all werewolves once and for all, but so many questions remain unanswered. First of all, is it even possible to completely wipe out all werewolves? Where do they come from, for that matter? And why does Grimm have two forms, one as a child and one as an adult?

For now, the aforementioned question of what will happen to the village now that the Mayor is gone is taken up by Grimm in a bid to win Valou’s trust. In particular, they deal with the attempt by two new werewolves, Nararoia and Dodou, to take over Granny Miallia’s territory, the werewolf who was killed at the end of the last chapter.

Here, Red Hood chapter 2 highlights once again one of the strengths of Yuuki Kawaguchi as an artist: his ability to come up with interesting creature designs. Nararoia and Dodou are not your regular wolves: they are monstrous furry creatures that look more like Furbies than anything else. There are certain drawbacks to this approach, such as making it hard to tell who’s who in certain panels, but these are teething problems that can ultimately be overcome with time.

Besides, the true value of Red Hood chapter 2 lies in its thrilling narrative and tense situations. Valou is given the arguably nerve-wracking job of tracking down and dealing with the werewolf that has managed to infiltrate the evacuation shelter, which he manages to do so with ease. As a follow-up chapter, it is yet more confirmation that this series is one to watch, especially if Yuuki Kawaguchi can keep up the good work.

You can read Red Hood chapter 2 for free via VIZ Media.