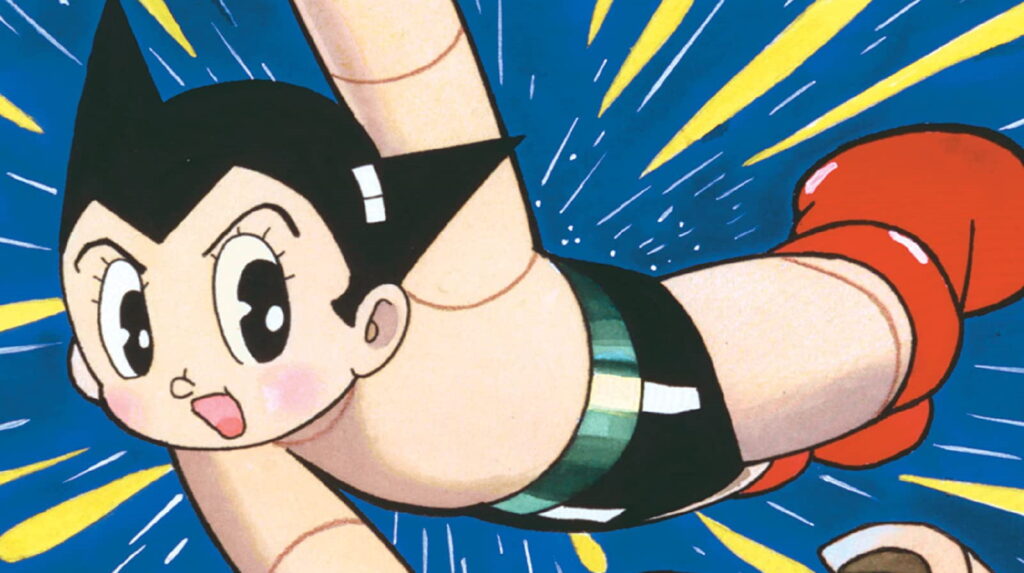 In April 1951, 70 years ago, the character of Astro Boy appeared for the first time.

Back then, he was just a supporting figure in a series known as Ambassador Atom (or Captain Atom, depending on who you ask) to the protagonist Kenichi Shikishima within the pages of Kobunsha’s now-defunct boys’ magazine, Shonen. Penned by the relatively unknown author Osamu Tezuka, the series wasn’t exactly popular at the time, but the editor-in-chief suggested that he rework the idea to make the robot the star. Strong heroes are important, he said.

Little did he know that this would give birth to one of Japan’s most enduring cultural icons and a ‘God’ of the medium.

When Astro Boy returned the following year, it proved immensely successful. Audiences were enthralled by the way that the author imparted important life lessons as part of an engaging narrative, alongside capturing a sense of post-war optimism. We mustn’t forget that Japan at this time was still reeling from the Second World War and the nuclear bombings of Hiroshima and Nagasaki: the fact that Astro used nuclear energy for good wasn’t insignificant.

Nowadays, Osamu Tezuka and Astro Boy both have a reputation that precedes them. Much like many masters and masterpieces of a medium, it can feel a bit like homework to go back and revisit them. Yet, I’d argue that it’s more than worth doing so: aside from just expanding your manga knowledge, these stories hold up perfectly well today.

Looking back at the broad history of the manga medium, we can see two distinct phases. First, we have the more casual, ‘for fun’ period: defined mostly by such early magazines as Shonen and lending libraries (kashibonya), it lasted from immediately after the Second World War up until the 1960s. And then, we have the more serious, gekiga-influenced period going into the 1970s. This was conditioned mainly by an aging readership.

Neither Osamu Tezuka nor Astro Boy fit neatly into these two phases. While the author arguably defined the ‘for fun’ period with his cartoonish character designs, those that went on to create more ‘serious’ stories were influenced by him, too. It was impossible to be an author in those days and not be inspired in at least some way by Osamu Tezuka, so the links between him and gekiga are about as diverse as they are seemingly contradictory.

Above all else, this is due to the strength of his storytelling. 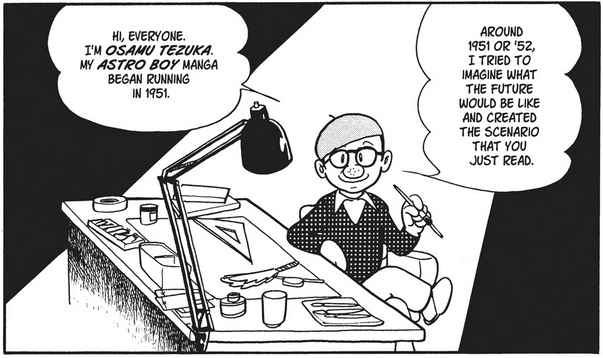 Frederik L. Schodt identifies in his book Manga! Manga! The World of Japanese Comics a ‘trend towards increasing sophistication’ in the medium of manga due to the influence of gekiga throughout the 1960s and 70s, but it’s not as if Astro Boy is exempt from this. Take ‘The Hot Dog Corps’ from volume 1 of Dark Horse’s omnibus collection, for example: this story was first serialized between March and October 1961 in Shonen, but is largely emblematic of the series as a whole.

In it, Astro is tasked with rescuing Mr. Mustachio’s dog Pero after being abducted by the villainous Grand Duchess Maria. On the surface, it appears quite simple, but deals with some very profound questions. Here’s one: how many quantitative changes can you make to a thing before it qualitatively becomes something else? In this case, it’s about whether Pero is still the same dog after being given a humanoid body, but mirrors much of the later themes explored in Ghost in the Shell. Tezuka confirms as much himself in the introduction, appended later on.

Probably the most enduring example of Astro Boy’s brilliance comes in ‘The Greatest Robot on Earth.’ This epic saga was serialized between June 1964 and July 1965, when Tezuka took up his pen again due to fan demand after the conclusion of the TV anime.

Naoki Urasawa used this arc as the basis for his later adaptation Pluto, although this was only because it captured his imagination so much as a child. The fact that it could be adapted later on into a hard-boiled murder mystery arguably only speaks further to the quality of Tezuka’s storytelling.

In the story, mega death robot Pluto is tasked by his creator to become the ‘King of the Robots.’ To achieve this, he must track down and destroy the other seven robots who are considered to be the strongest in the world: this includes Astro, of course. Lots of fighting follows, but Pluto is eventually forced to go against his programming, and dies a heroic death protecting a neighboring village from a volcanic eruption. The overall theme of the story is the dangers of playing with life: why do we make things in our own image and yet force them to serve us? Indeed, this is even more relevant today in the age of AI.

Most manga made in the 1950s don’t hold up today. Although the way that Astro Boy played with post-war nuclear anxieties and re-appropriated them into the form of a hero isn’t likely to resonate with modern audiences, you may just be surprised at how thrilling and well-constructed these narratives are.

That being said, Astro Boy’s sense of boundless optimism and hope for the future is something we can and should still take inspiration from. At the end of ‘The Greatest Robot on Earth,’ Astro remarks: ‘I still believe robots will all become friends someday and never, ever fight each other again.’ Simply replace the word ‘robots’ with ‘humans,’ and you have the dream of world peace that remains yet unfulfilled in the 21st century.

That would be the world, 70 years later, that Osamu Tezuka would’ve wanted.

You can read Astro Boy via Dark Horse.