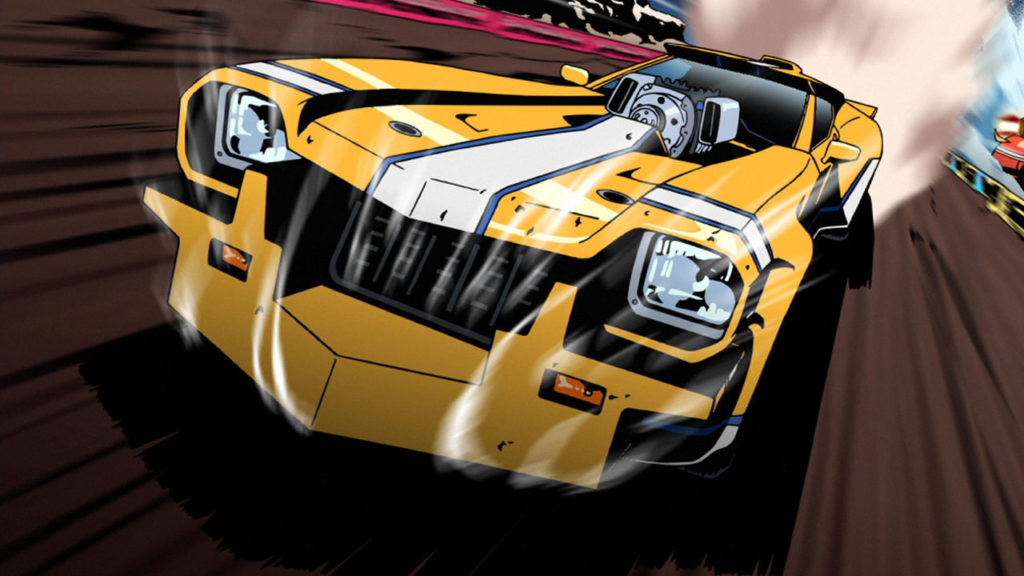 This is not a drill. The seminal, incredible, overlooked and underappreciated 2009 anime film Redline is now streaming for free on Youtube. If you haven’t seen this absolute masterpiece by Takeshi Koike, who’s since been churning out some incredible Lupin The Third movies after working with Yuri On Ice!! director Sayo Yamamoto on The Woman Named Fujiko Mine, you must watch this now. If you’re at work, go to the bathroom and load this up on your phone. Redline isn’t only an absolute accomplishment in all of animation, but it’s a really fun and engaging watch. Don’t believe us? Watch it.

The best way to describe Redline to somehow who hasn’t seen it would be saying its Wacky Racers by way of Fist Of The North Star. An extremely over the top race to the finish, or death, whichever comes first, that just does not stop kicking ass from its first minute to its last. The director Takeshi Koike spent seven years of his life hand animating nearly every scene himself with some production help at Madhouse and, despite it being 10 years old, it hasn’t aged a single day. For our money, it’s the only animation to ever go toe to toe with Akira in terms of its fluidity and ability to draw you in just by looking at it.

While Redline isn’t a nuanced masterpiece like a Ghost In The Shell or Nausicaa Valley Of The End, it excels due to its simplicity. It first and foremost is a grand work of animation in which the story exists to serve its style and feel. Honestly, it would be an extremely compelling thing to watch even without sound but it also has quite the memorable soundtrack by James Shimoji who’s continued to work with Koike on his Lupin projects.

Redline isn’t available on any of the other big streaming services, so here’s your best chance to watch it without paying a dime.