Don’t Forget About The Sublime Ghost In The Shell 2: Innocence 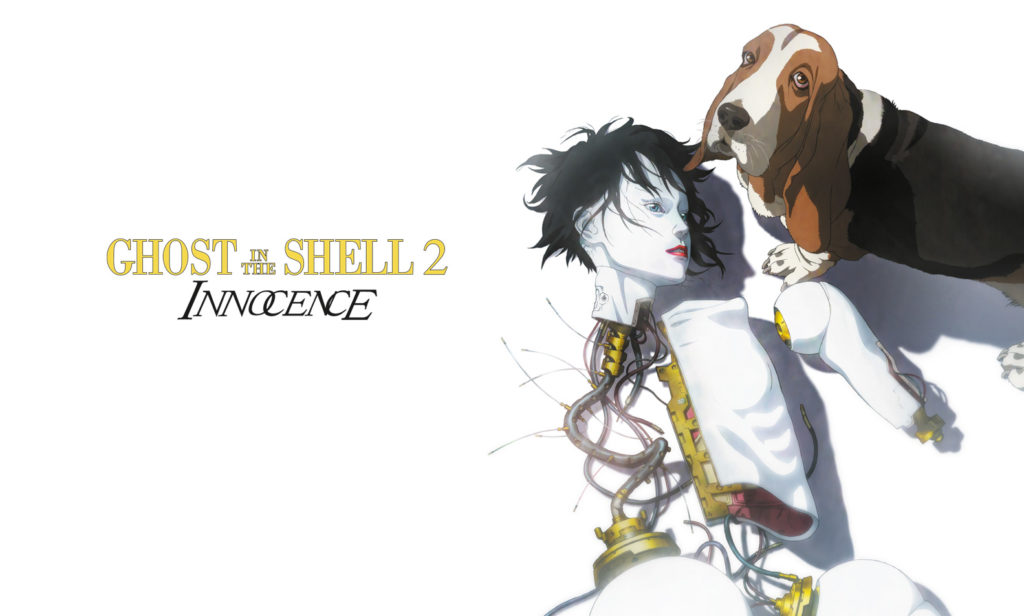 We’re days away from the release of the Ghost In The Shell: SAC_2045 exclusively on Netflix and we admit we’ve gotten our hopes up. Not only is this the latest iteration of one of anime’s most continually groundbreaking franchises, it has the chance to erase bad taste Scarlett Johansson left in our collective mouth. More than that, the architect of the incredible Ghost In The Shell: Stand Alone Complex Kenji Kamiyama is returning alongside his Ultraman collaborator Shinji Aramaki with a new vision for his classic iteration of the series manga artist Masamune Shirow never imagined would become a household name. As wonderful as Stand Alone Complex and its sequel season 2nd Gig is, they’re not the only follow-ups to the landmark original film that are worth your time. Coming out in Japan at the same time as 2nd Gig, Mamoru Oshii came through with Ghost In The Shell 2: Innocence which is a meaningfully different film than its predecessor.

If you go into Ghost In The Shell 2: Innocence expecting a lot of cool Blade Runner inspired cyberpunk action, you’ll be disappointed. In defense of that, it’s worth keeping in mind that the original Ghost In The Shell has less action than most people remember, a rude awakening most fans experience when they rewatch it 15 years after seeing it for the first time. It has a few quintessential future-dystopian action set pieces that still stick out in our minds, but these memorable segments like the major grappling with a thug in a lightly flooded part of the torn-up city are few and far between.  All the fighting’s broken up by considerable doses of philosophical meditation and some dry slow-burning conversation. While everyone loves the look of Ghost In The Shell and its more dynamic segments, Oshii’s penchant for characters musing about this, that, and the other thing is more of an acquired taste.

Now if a slow-paced, more solitary look at the life of a veteran criminal investigator in a broken down futuristic city sounds appealing, make sure to add Ghost In The Shell 2 to your watchlist. One other thing you might want to know before going in; ‘The Major’ Motoko Kusanagi isn’t the protagonist of this movie, in fact, she’s nowhere to be seen. Instead, Oshii makes a bold choice putting her most trusted companion, the comparatively stoic Batou, center stage who still goes about his daily life in Section 9 in the major’s absence. It’s clear he’s had trouble coming to terms with her choice to abandon her position not just with her section but seemingly society as a whole after the end of the first film. This film goes through great pains to make her absence felt making you the viewer miss her just as much as Batou does. We do get to spend more time with Togusa in her stayed, who’s largely committed to staying as much a flesh and blood human as possible in increasingly cybernetic times. 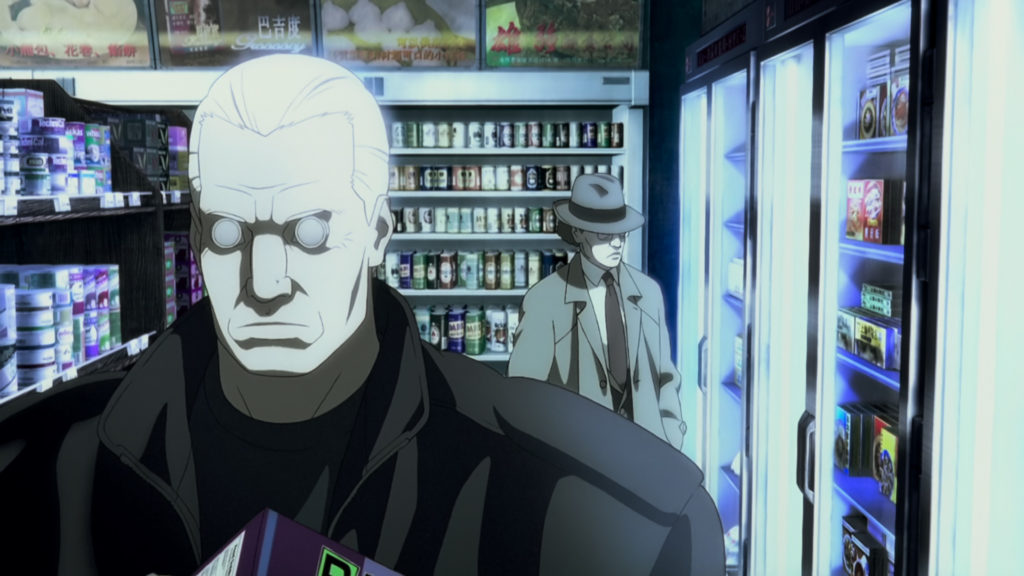 In some ways, Ghost In The Shell 2 is Mamoru Oshii’s most intimate film and by extension one of the most in anime. Some will find a particular kind appeal in watching the older Batou struggling with going about his daily life, wrestling with the solitude in an ever-changing society. Of course, Batou comes from Masamune Shirow’s original manga so he’s not a one to one analog of the famed director, but you really get a look into the man’s head. One analog I could make to a more widely watched anime film would be Porco Rosso; If you enjoyed Not Hayao Miyazaki dressing up as a pig expressing romantic sentiments about life, there’s a good chance you’ll take something away from this especially poignant sequel.

While I could write essays on the dense nuance and themes found in Ghost In The Shell 2, for the sake of your sanity and mine I’ll skip rambling and do some more reassurance. The film’s artistry goes beyond its character work and its heady script. Even if these lines of dialogue were written by Shakespeare himself, words alone do not make a captivating movie. Mamoru Oshii’s known for building palpably dense atmospheres in all his works that give his stories and casts significant human weight. He makes you stew in his worlds and his moments, and you either respond by saying ‘huh. when’s the cool gun stuff gonna happen?’ or ‘Oh crud, I don’t know but my chest hurts.’ Through a mastery of subtle direction, a penchant for the human condition, and always having something worthwhile to say, Oshii comes through with something poignant every time. 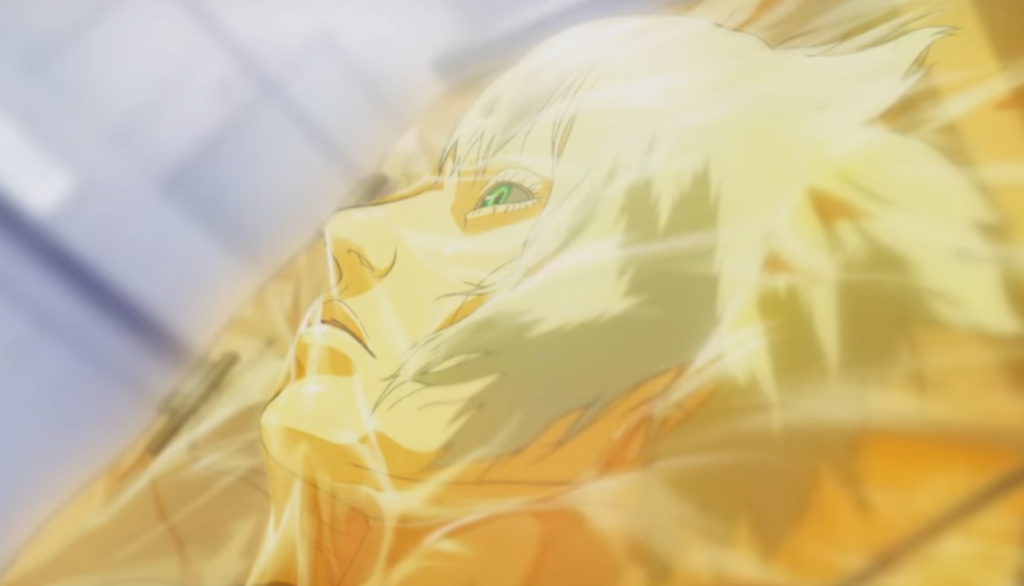 In addition to a heaping amount of Oshii’s patented charmingly dry story-telling, Ghost In The Shell 2 looks great and I’d argue it would earn its place in the Ghost In The Shell pantheon with it visuals alone. A little less scratchy and a little more polished looking than the original movie, the film streamlines its look without sacrificing any of its personality. Some of the best work Production I.G. has ever done in the animation department, the deep hues and stylized lighting heavily influenced by classic live-action cinematography go a long way in making the film stand out apart all the other work in the franchise.  Extremely fluid when it does break into action and so tastefully constructed that every shot could be framed in a gallery, Innocence is one of the most visually stunning films ever made

Overall the experience of watching Ghost In The Shell 2 is akin to sipping a glass of fine whiskey; A drink you’re supposed to take your time with instead of guzzling it down at the get-go. If you give its slow pace a chance, you’ll eventually find yourself loosened up as you wander around the movie’s hazy and quiet atmospheres as you savor the taste. Truly, it watches less like a numbered sequel and instead feels like an original film with something new to say that takes place in a purely Mamoru Oshii Ghost In The Shell world. In a sense, this film is more unapologetically him than the original ever was and it’s all the better for it. It’s easy to imagine a Ghost In The Shell sequel that sacrificed nuance for more cyber-action set pieces, and we did eventually get that courtesy of Hollywood, but instead, here Oshii sticks to his guns and crafts an experience unlike any other. 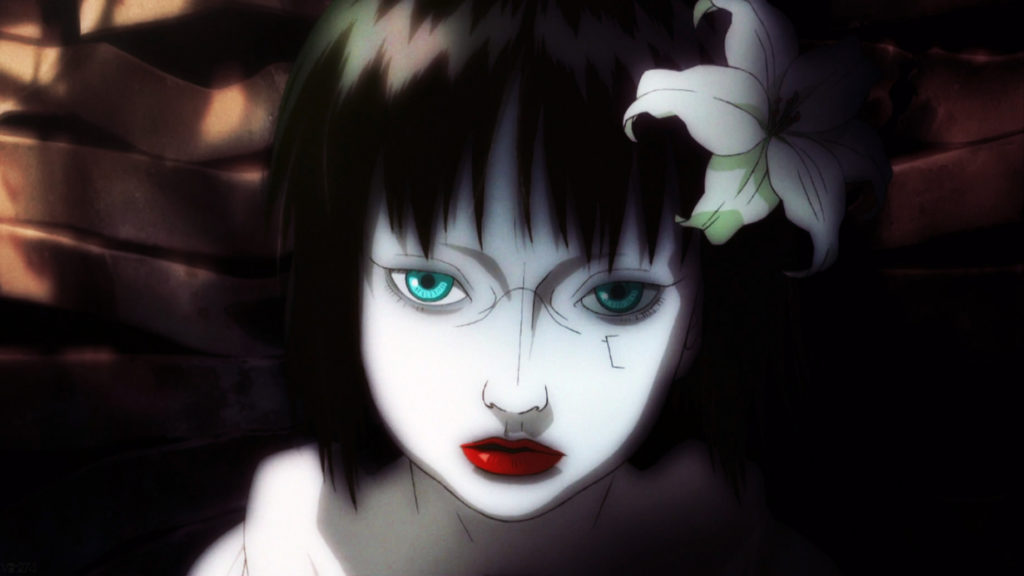 As we approach the eve of the latest Ghost In The Shell we remember everything that’s made it the anime juggernaut that its become over the years; The cyberpunk delight of the original manga, the film’s way of questioning the real-world implications of increased technological assimilation, the humanity and intrigue found in the stories of Kenji Kamiyama’s Stand Alone Complex. Ghost In The Shell 2 fits in by plucking out an individual who’s lived through all of this and makes him come to terms with it, and while dressing it up with imagery that belongs in the Lourve and an atmosphere you could slice like cheesecake. If you don’t have time to rewatch all of Ghost In The Shell: Stand Alone Complex in this week leading up to the release of SAC_2045, you owe it to yourself to do double-feature of the original and its subtly bold Batou centric sequel.

You can pick up Ghost In The Shell 2: Innocence on Blu Ray or watch it on Funimation’s streaming platform.