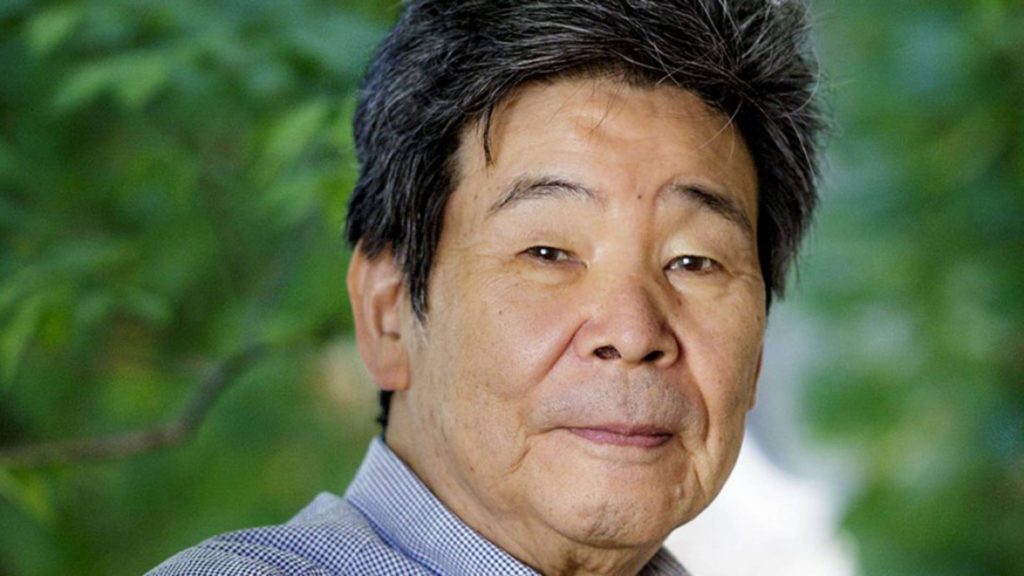 The world woke up to the heartbreaking news that legendary Studio Ghibli co-founder Isao Takahata had passed away at the age of 82 on April 6, 2018. It’s unfortunate but now seems like a better time than ever to review the career of this illustrious artist, whose multi-faceted career was often overlooked despite his achievements in turn of his close friend and colleague Hayao Miyazaki.

Takahata started his career at Toei Animation, serving as assistant director on the 1961 feature-length film The Littlest Warrior, and once more on the 1963 film The Little Prince and the Eight-headed Dragon. His first encounter with his future partner Hayao Miyazaki would come during the production of the 1968 film The Little Norse Prince, where he served as director and Miyazaki as a key animator.

Three years later, the two would come together once more to work on the original 1971 Lupin the Third anime, which during its tumultuous production would end up with Miyazaki and Takahata co-directing the latter half of the show. It would be no exaggeration to say that it was because of this partnership that Lupin the Third has become the powerhouse it is today, as the second half is a marked improvement over the first, thanks to the pair’s excellent chemistry.

Once Hayao Miyazaki wrapped up production on his 1979 film Lupin the Third: The Castle of Cagliostro and decided to try and pursue his own, original film Nausicaa and the Valley of the Wind, he would once more come to depend on his relationship with Takahata. Given that Takahata had more experience than Miyazaki and was several years his senior, it was to him that Miyazaki first pitched the idea in a bid to get his support. Luckily, Takahata adored the idea and took it up upon himself to lobby studios to fund the project.

With Miyazaki busy with drawing up the concept for the film, as well as the Nausicaa manga which commenced serialization in 1982, it’s safe to say that it was Takahata who successfully got the project off of the ground – a project that would, in turn, shape the course of anime history forever thanks to its resonant themes, beautiful artwork, and innovative animation. It would also go on to launch the career of not only Miyazaki himself, but also the young Hideaki Anno, who would go on to change anime in his own with the 1995 masterpiece Neon Genesis Evangelion.

After the successful release of Nausicaa in 1984 and part-way into pre-production on Laputa: Castle in the Sky, Miyazaki decided to form his own studio, and who else would he ask to come and join him if not Takahata? Thus, the pair formed Studio Ghibli as co-founders, with Takahata initially working in a producer role due to his seniority and industry ties.

But quickly it became clear that the role of producer was too confining for Takahata as an artist, as he soon returned to the director’s chair to produce one of Studio Ghibli’s best features. That feature was the 1988 film Grave of the Fireflies, which is now rightly considered a triumph of the animated medium. It’s poignant anti-war message combined with beautiful artistry and appreciation for the craft of film make it one of the most iconic films of post-war Japan, and will surely continue to be appreciated by generations to come.

Next up came the 1991 whimsical coming-of-age feature Only Yesterday, which has often been overlooked in the West since it only recently got an English-language dub and release. Not only is it an excellent film, but would usher in a wave of more low-key Ghibli releases to make a change from the fantasy epics, such as the 1995 Whisper of the Heart. Takahata’s work would, therefore, help to change the perception of Ghibli and also it’s contribution to the anime industry as a whole – reinforcing his importance in the history of the now-legendary studio.

Speaking of diversifying the Ghibli brand, Takahata’s next two features with the studio would further help to do just that. The 1994 Pom Poko was aimed at kids, but would at the same time show Takahata’s deft hand at whimsical family comedy and broaden the appeal of Ghibli works. Takahata’s apparent skill at producing such works would once more surface in 1999 following the release of My Neighbours The Yamadas, who’s unique rough watercolor visual style would help elevate its comedy and become one of Ghibli’s better works.

Following The Yamadas, Takahata would take a nearly 14-year break before his next feature. This probably had something to do with his age, but years of constant work definitely meant that he deserved a break. But, never one to rest on his laurels, Takahata’s last work The Tale of Princess Kaguya in 2013 would once more become a legendary entry in the studio’s catalog, and among some of his own best work over his long, long career. Taking the classic folktale of Princess Kaguya and presenting it in a vibrant wood-block style made for some of the most visually striking animations this decade, and helped thousands fall in love with the age-old tale all over again. Even though I wouldn’t consider it Takahata’s best, it certainly does seem to embody Takahata’s furious drive to better himself as an artist. It would also go on to be nominated for Best Animated Feature in 2014, losing out to the equally visually impressive Big Hero 6.

It’s clear from this that Takahata’s career has been as successful as it has been reflective of his furiously creative spirit. Never complacent or content, Takahata went from masterpiece to masterpiece, often changing genres wildly as he went. Although he may be overshadowed by Hayao Miyazaki in his work at Ghibli, in reality, without Takahata the studio probably wouldn’t have even gotten off the ground, at least not in the way we know it today.

Today, we lost one of the true greats of the anime world. May you rest in piece Isao Takahata, and may we continue to honor your artistic fervor by continuing the push the animated medium forward, towards a better future.