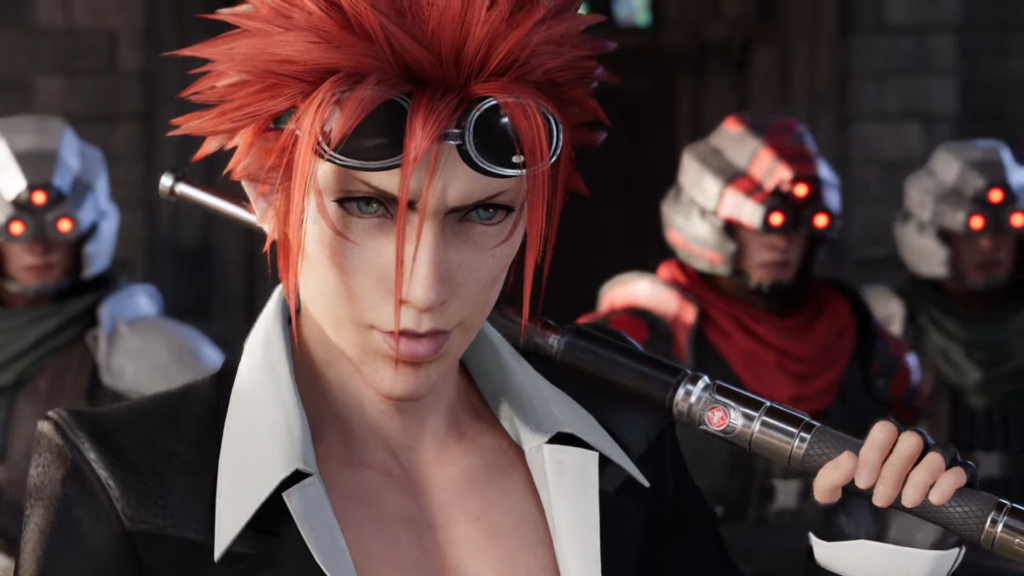 2020 is the year where not one but two of the most highly anticipated pieces of media are finally touching down. Although I won’t believe until I see it, one is, of course, is Evangelion 3.0 + 1.0 which is set to finally come out in June of next year. The other is the long-awaited and even longer demanded FF7 Remake, officially titled Final Fantasy VII Remake. That game is beginning to feel a little more tangible than the final Eva movie due to trailers with both cutscene footage and gameplay regularly coming out. This latest trailer, which has both in spades, is courtesy of the 2019 Tokyo Game Show going on right now and it comes with the first appearances of two fan-favorite characters.

Only the rubes and peons will continue the arguments about Tifa and Aerith’s updated character designs when Reno and Rude are looking this fabulous. As happy as I was back in their day to see them being rather prominent in Final Fantasy VII Advent Children, they kind of look even better in the FF7 Remake. Now, all fans have left to wait for is an appearance from Vincent Valentine and to see PS4 quality Cloud Strife in the darn dress.

Despite not being an original Final Fantasy VII die-hard like some people, I’m absolutely excited for this game. As a Kingdom Hearts life-long devotee I believe in directorial abilities in Tetsuya Nomura and the switch from turn-based battles to active action is a huge plus. I’m less excited about this game as a remake than I am due to what I think it will be able to present on its own. There’s no doubt it’ll sell tons and it looks like they’ve given Nomura the time and budget to really make it a special experience. Even if it may be sold in multiple parts, which is still unclear whether that’s the case or not, I’m on board.