Rent-A-Girlfriend Will Indeed Be Getting A Second Season 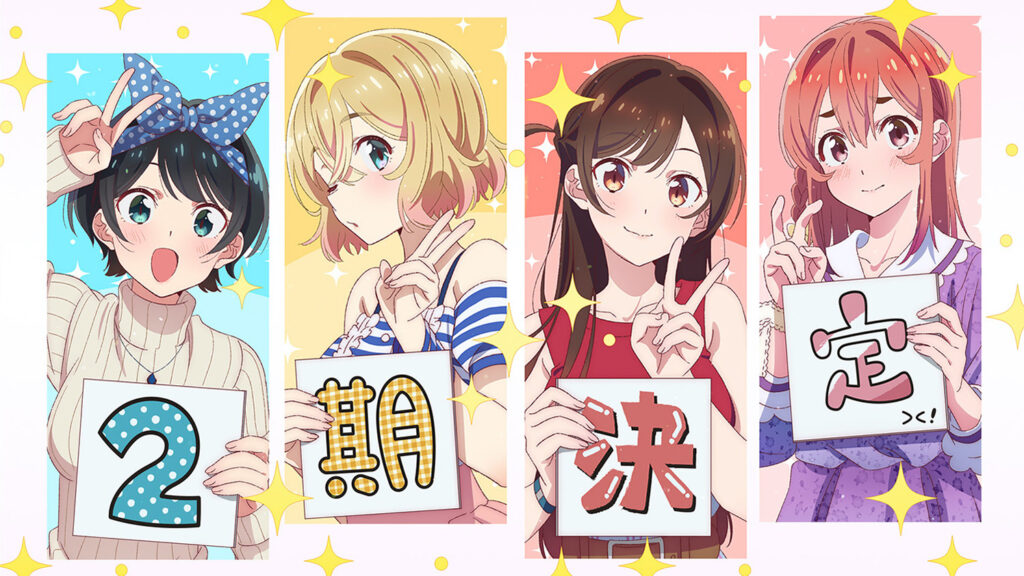 The romantic comedy anime series Rent-A-Girlfriend will get a second season.

Episode 12, the final episode of season one, had just aired on MBS/ TBS in Japan when the producers made the announcement.

(Crunchyroll streaming subscribers hadn’t even seen the episode yet when the news came out on Friday.)

This cute, funny, and touching TV anime series is based on a manga, Kanojo, Okarishimasu. It features the hapless Kazuya Kinoshita (voice of Shun Horie).

Kazuya somehow gets caught in an increasing web of lies, confusion, and misunderstandings after his former girlfriend, Mami (Aoi Yuki), dumps him.

He rents Chizuru Mizuhara (Sora Amamiya), and has to keep “dating” her when he can’t bear to tell his family and grandmother the truth.

Things get more complicated with the introduction of Ruka Sarashina (Nao Toyama), another rental girlfriend who seems to genuinely fall in love with Kazuya.

As if that wasn’t enough, a third rental girlfriend is eventually added to the mix, Sumi Sakurasawa (Rie Takahashi). Sumi is an easily-embarrassed and shy newbie who needs help with her girlfriend skills.

A date for the second season of Rent-A-Girlfriend hasn’t been announced yet.

In the meantime, fans of the show can visit the Rent-A-Girfriend Exhibition in Tokyo and Osaka. 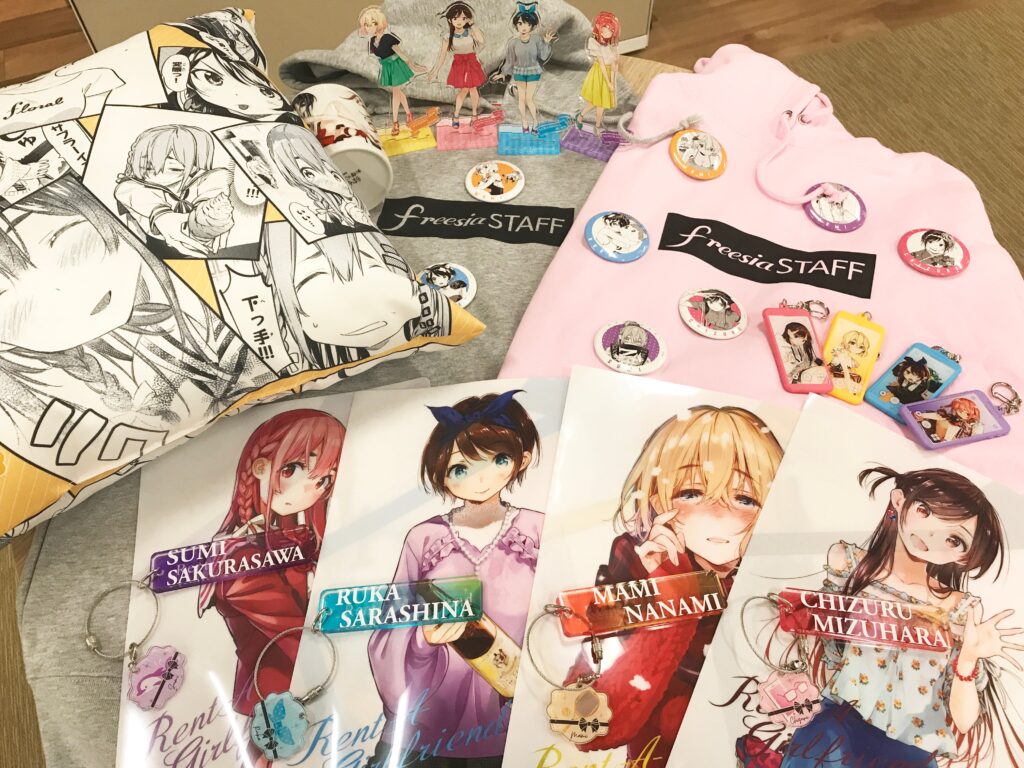 According to reports, the exhibition will feature manga manuscripts and special videos about the anime.  The anime voice actors will also lend their voices to the exhibit, with newly recorded lines.

Of course, visitors will also have the opportunity to buy Rent-A-Girlfriend merchandise. After all, even major museums have you exit through the gift shop.

Items will include a “freesia STAFF” hoodie (similar to one worn by Chizuru), key charms, canvas boards, and manga print cushions.

The Tokyo portion of the exhibition will be at the 8F Event Space of Yurakucho Marui, near JR Yurakucho Station.

The Osaka portion will be in the 9th Floor Event Hall of the Wing Building, Kintetsu Abeno Harukas, in Abeno-ku, Osaka. It is near Tennoji Station.

‘Rent-A-Girlfriend’ Sales Have Increased Massively Thanks to the Anime