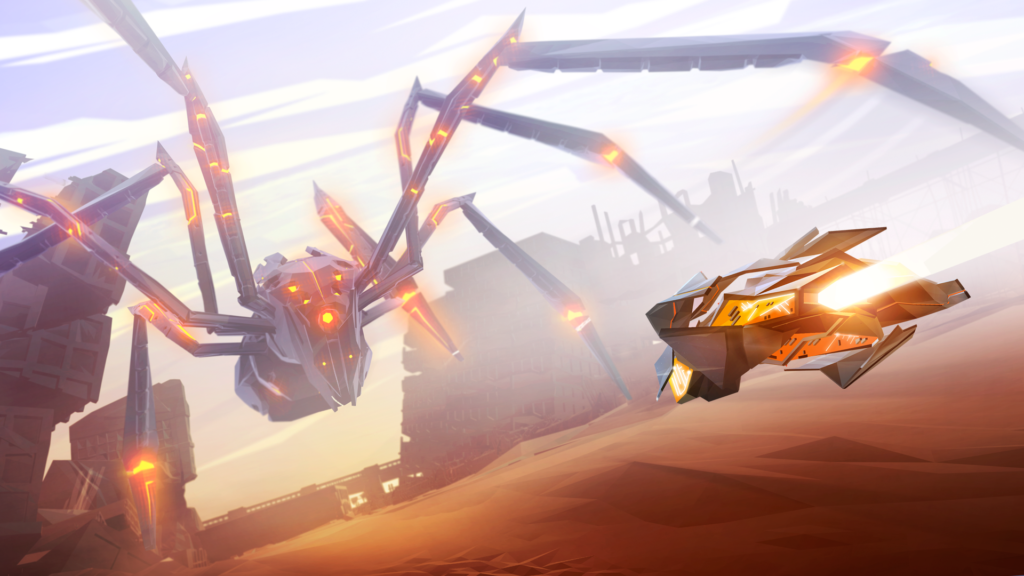 Aaero is an interesting mix of genres. 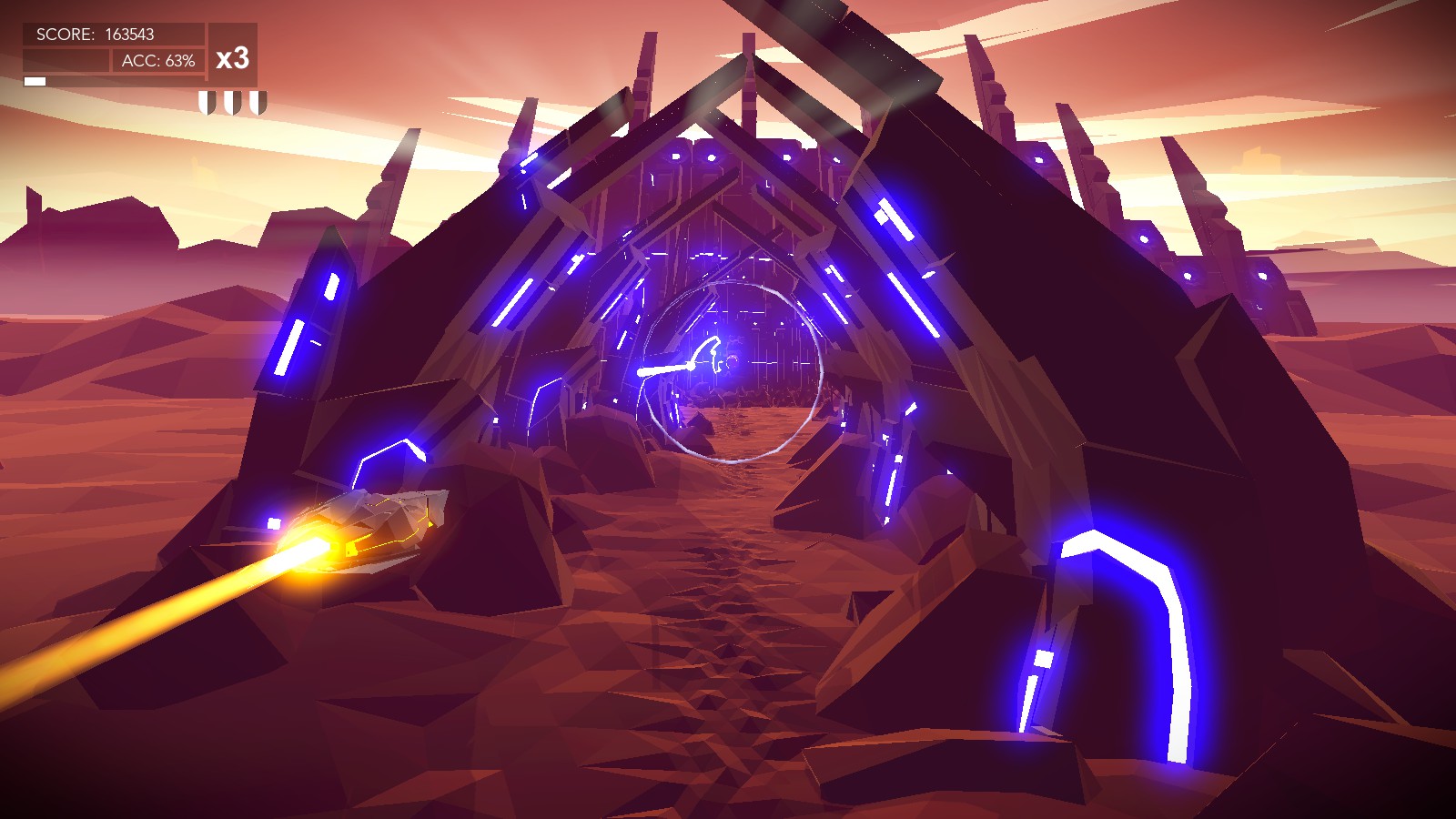 Described as a hybrid “of rail-shooters and music gameplay”, at first blush, Aaero appears to be primarily a Rez-influenced rail shooter.

Sadly, it lacks both Rez’s smooth controls and tight focus on rail shooting.

Aaero tries to be two different types of games at once, and they clash wildly with each other. At key points during a stage, the player is expected to guide the vehicle along a rail track to the beat of a song, using strict analog controls.  (The game does not support keyboard or any controller that isn’t from the Xbox or Playstation.) While keeping on track, the player accumulates extra points and combos, but keeping the ship on course with the free range of motion that the ship has proves to be extremely difficult. If the ship was kept on a strict 360 degree track, it might be easier, but the controls are too imprecise to make this feat easy to accomplish. 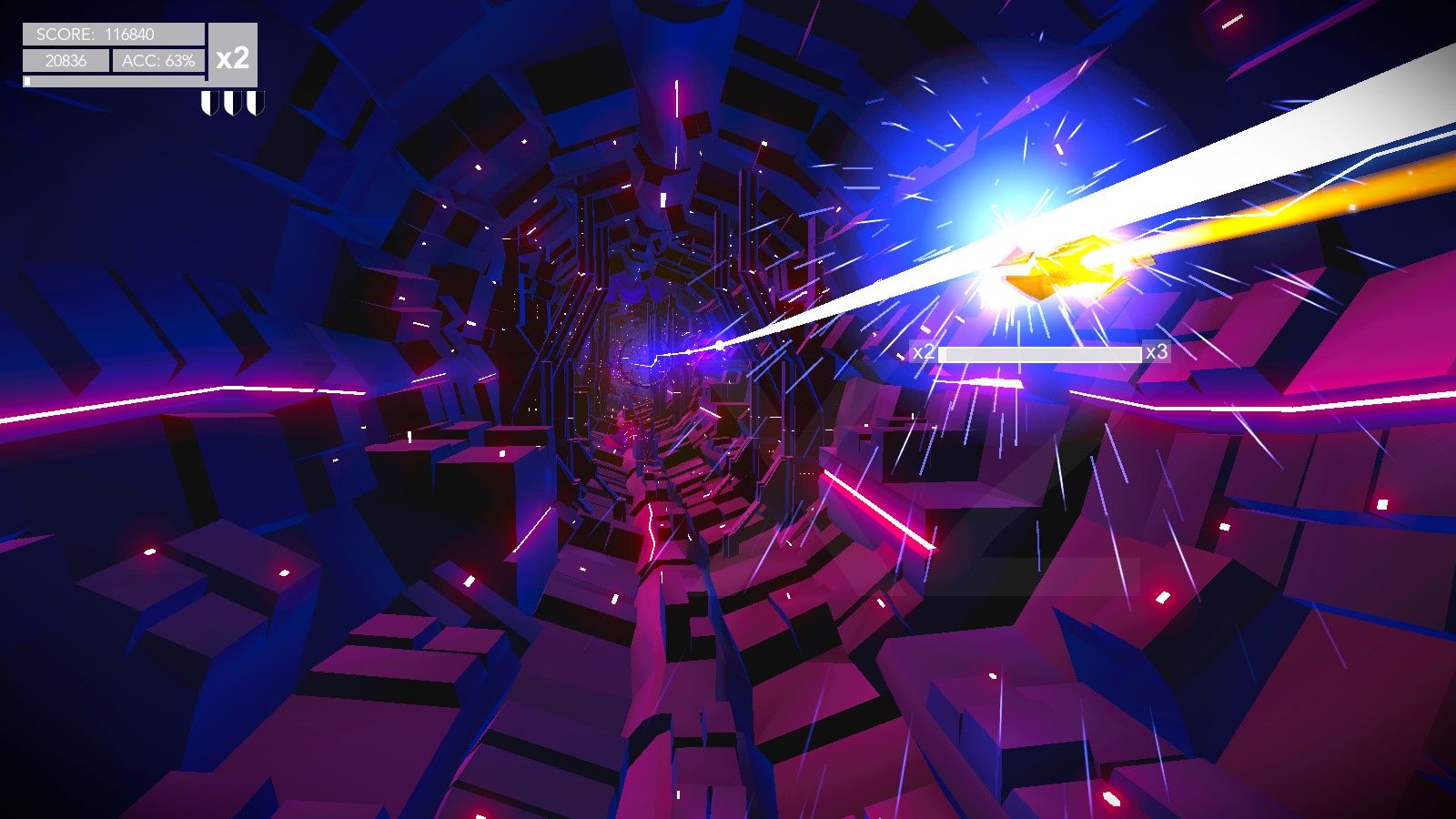 The gameplay still manages to be fun, if more difficult than it should be. However, the game is also an on-rails shooter… and here in lies the problem. The rail shooting follows a similar mechanic as with Rez. The R2/RT button is used to lock on, when used with the second analogy stick, and it’s pressed again to fire. The player has to simultaneously regulate rail shooting and the movement of the craft, and this makes the game become frustratingly difficult, very fast.

Worse, the ship has only three points of life, and there were no means of restoring health that I saw. Three hits, or even collisions, and the level has to be restarted.

As if this all weren’t difficult enough, later levels also make the game feel like the player is trying to do a Death Star Trench run. 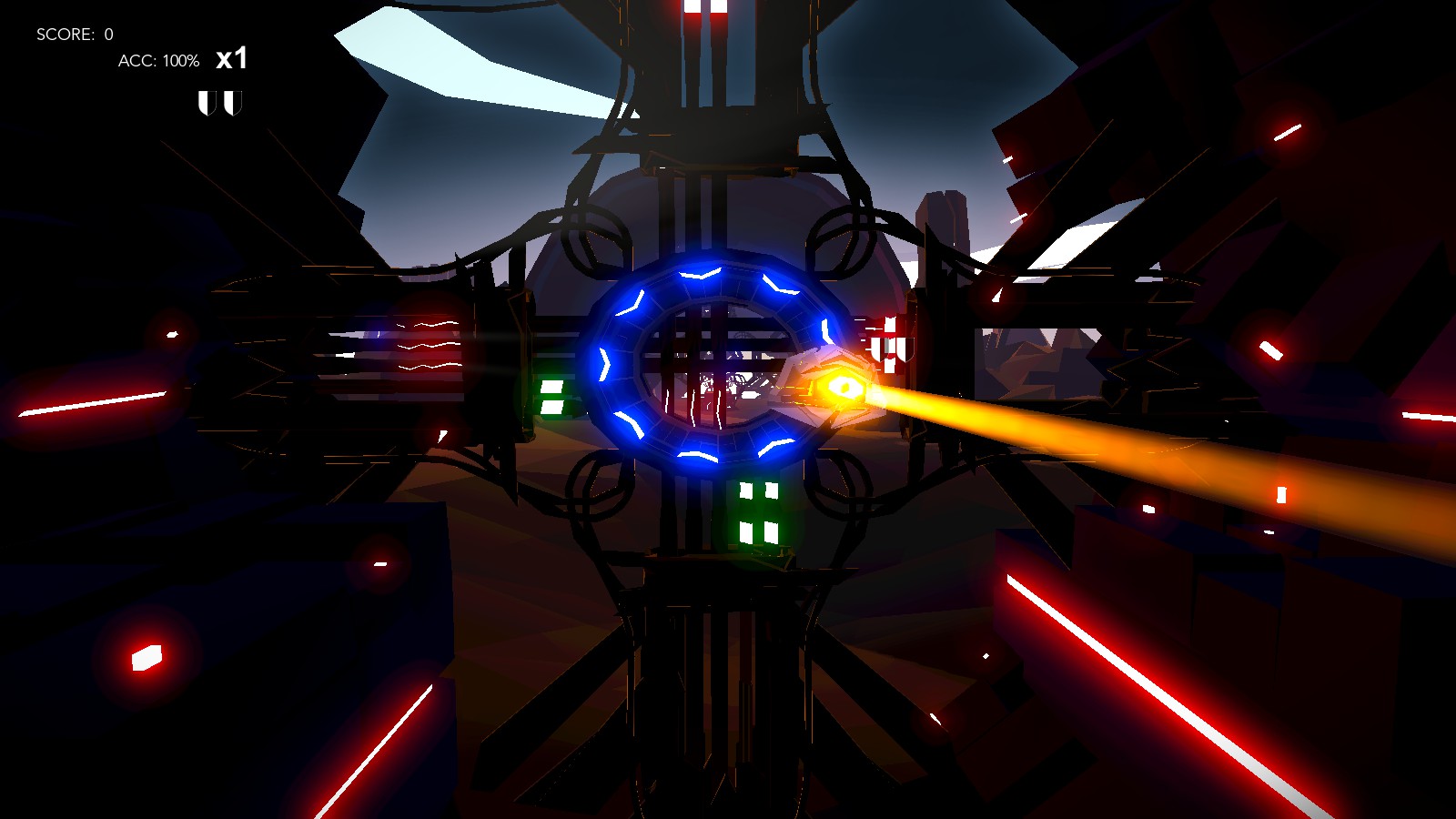 Barriers appear in a very short amount of time, and dodging them is incredibly difficult. The ship’s hit box doesn’t even make it clear what the safe range of avoidance is. Even when I thought I was well within the ‘safe’ opening, I still managed to take a point of damage. 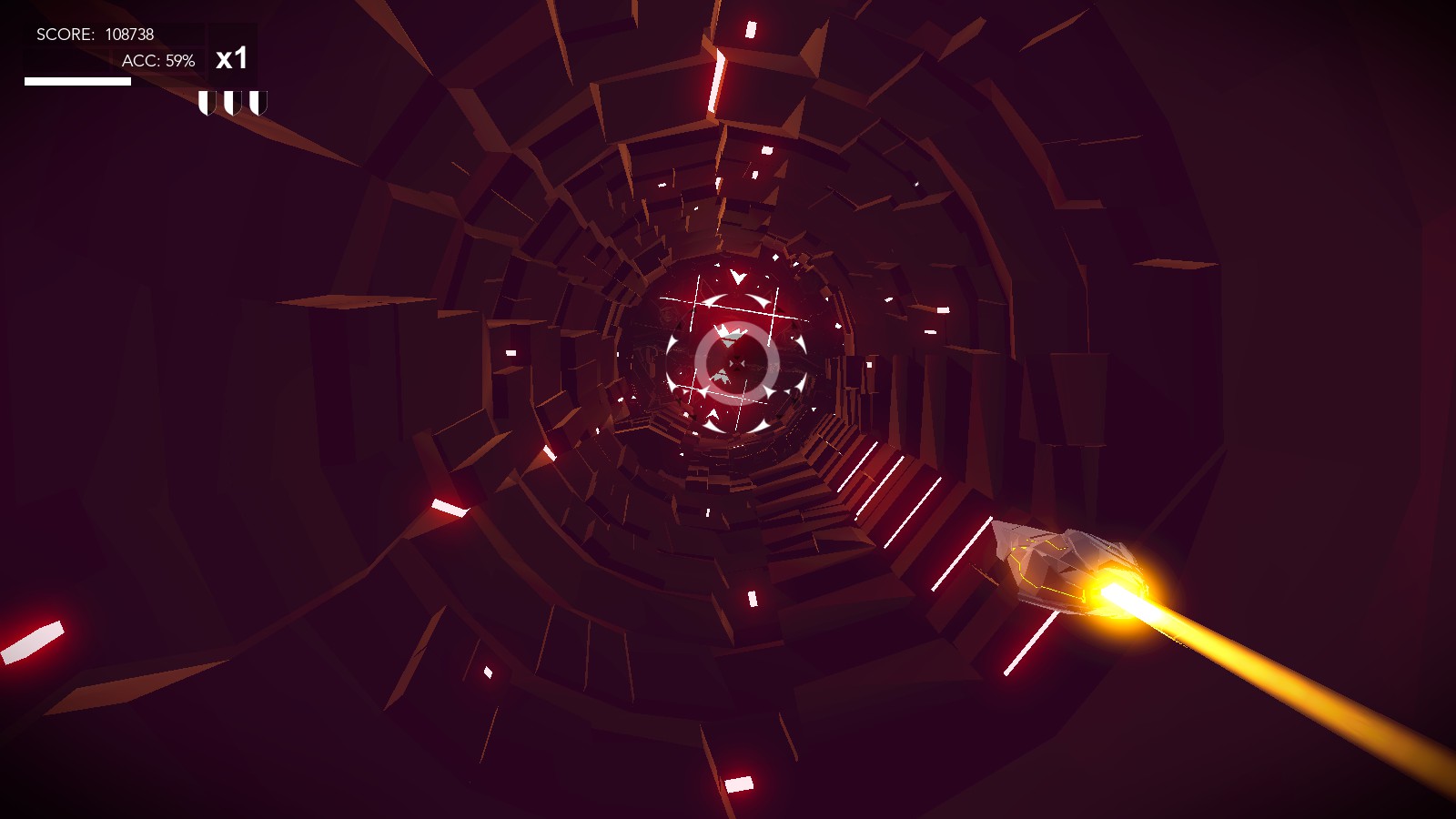 This all adds up to a game that was clearly trying to innovative and mix genres… but instead, it becomes a frustrating experiment at trying to do far too much at once. It would be better off sticking to being a rail shooter or being about following a track to stay on beat. Not both.

The game’s main saving grace is certainly the soundtrack. Apart from the ubiquitous usage of Bass Cannon both in the trailer and in the first stage, it manages to have a nice variety of licensed EDM, trance, and of course, bass/dubstep. The developers also clearly know their beats, as many of the levels have obstacles that appear perfectly to the rhythm of a given song.

Aaero is an interesting experiment, and very challenging… but for all the wrong reasons. And sadly, it’s just not very fun.