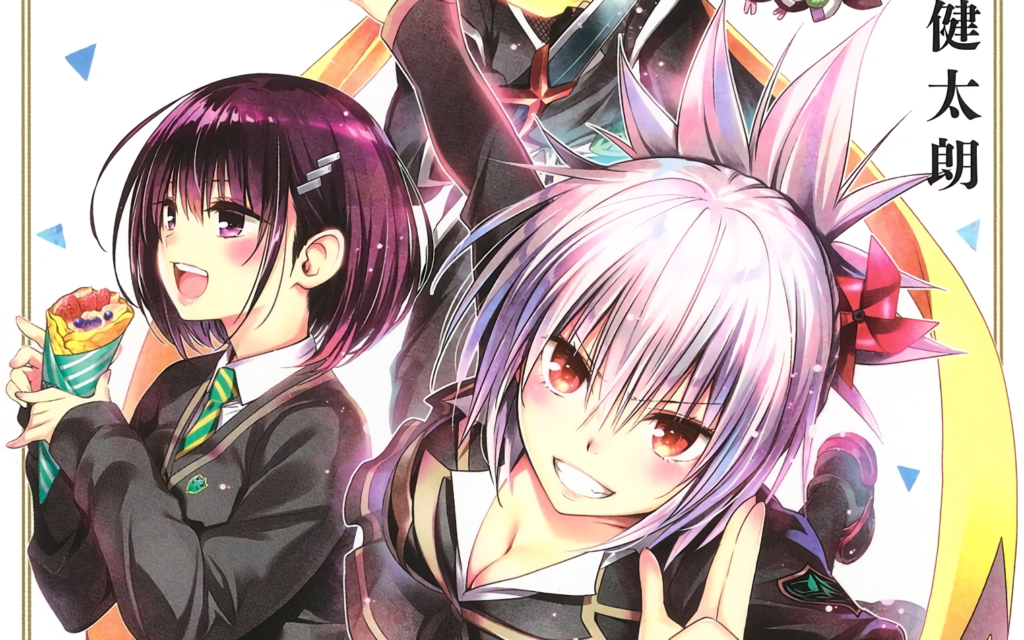 Even when Ayakashi Triangle by Kentaro Yabuki first began in Weekly Shonen Jump back in June of last year, it was clear that not all was as meets the eye.

Although it did invoke the feelings of a classic ecchi love comedy manga from the mid-2000s, the end of the first chapter saw the main protagonist, Matsuri Kazamaki, turn into a girl and flip the entire central relationship between him and his love interest, Suzu Kanade, on its head.

Stemming from this, several dozen chapters and two volumes later, it can now also be confidently said that Ayakashi Triangle is great because it is accidentally gay. 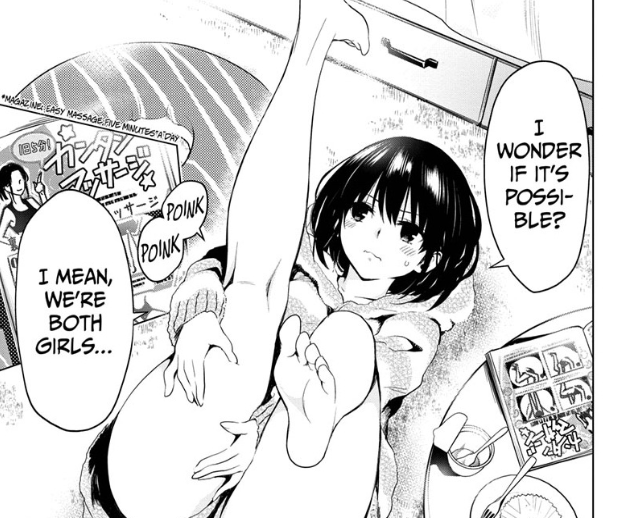 Why ‘accidentally’? This is because Kentaro Yabuki has never shown any particular interest in LGBT representation or WLW stories in the past, with both Black Cat and To Love-ru being about as aggressively heterosexual as you can possibly get. To Love-ru, in particular, is a harem manga with a male protagonist through which the series’ entire female cast is viewed: even if Yabuki didn’t write it and the main protagonist, Rito, occasionally turned into a girl for comedic effect, nothing could have suggested beforehand that Ayakashi Triangle would turn out as it did.

So, why gay? The first reason is obvious: Yabuki’s fanservice for this particular series involves a lot of female-on-female contact, as the main characters are both girls. The second, and by far most interesting reason, is that Suzu’s feelings for Matsuri don’t change even after he is turned into a girl: from the very beginning, it is clear that she likes him (utilizing the tried-and-tested ‘childhood friend’ trope) but undergoes a crisis of sorts after the gender bending takes place.

In chapter two, she finds herself asking the question ‘Is this okay? Matsuri is a guy’ when he tries to become one of her ‘girl friends,’ and in chapter three, she muses very clearly ‘I wonder if it’s possible? I mean we’re both girls… Even if he doesn’t go back to being a guy, could I still go for Matsuri?,’ trying to work out her own personal feelings in relation to their new gender situation.

In this sense, Ayakashi Triangle is asking the question: does it matter what gender someone is on the outside if I like who they are on the inside? This is a very powerful question to pose to the readers of Weekly Shonen Jump indeed. 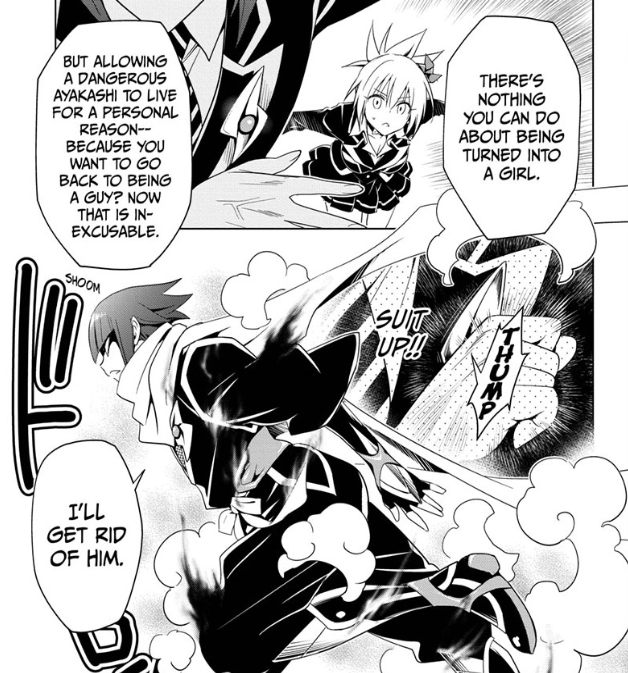 This isn’t just a question that applies to Suzu and Matsuri, either: Soga Ninokuru is a rival to Matsuri that is introduced later on in chapter five, who has to reconcile his respect with his being turned into a girl.

This has nothing to do with sexism, mind, but because Matsuri chose to leave Shirogane (the King of Ayakashi) alive in the hopes that he might one day return him to being a guy. He may or may not also be developing feelings for the female Matsuri in the story right now, which is once again something that he will be forced to reconcile with his past relationship with him as a man.

In general, gender bender stories always tend to subvert our conceptions of sexual and gender-based normality, even if they are usually intended to objectify female characters. Nevertheless, if viewed through a queer lens, they can also show that our sexual preferences have nothing to do with gender, nor are they inherent to us as human beings. We are taught these roles by society and perform them, to a certain extent.

Taking Matsuri as an allegory for the queer experience, one could say that her situation leads to a reverse ‘in the closet’-type predicament: although she had never been forced to examine her feelings for the same gender up until this point, her sudden transformation leaves her no choice, especially as Suzu aggressively pursues her out of fear that she’ll lose her. Speaking from experience, this is much the same predicament as suddenly realizing you have feelings for someone of the same gender, if only reversed and mediated through a magical transformation.

Why You Should Consider Giving Ayakashi Triangle Another Go 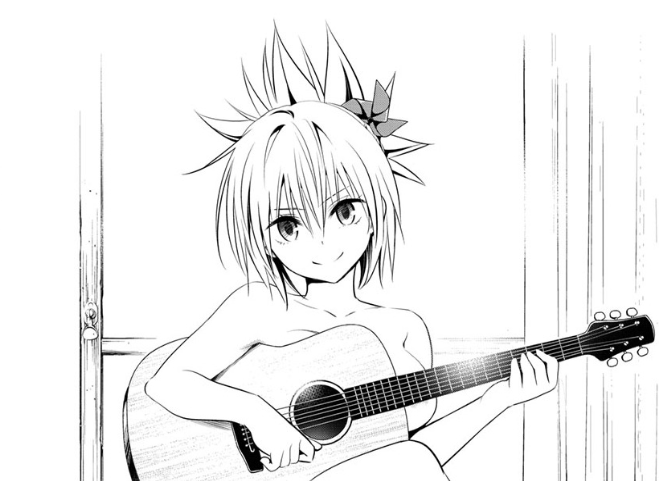 Lord knows if Kentaro Yabuki is exploring these issues in Ayakashi Triangle purposefully, or whether this is simply a case of one reader reading far too much into it. It could be either. Still, if I managed to come to these conclusions after only a couple of chapters, the chances that I’m alone in my thoughts are slim. Furthermore, if it leads to a moment of self-reflection for even a handful of readers of Weekly Shonen Jump, then so be it.

Exploration of the queer experience, however accidental, isn’t the only thing that Ayakashi Triangle has going for it. Behind an ecchi exterior and sometimes laughable setups for cheap fanservice, there is real heart here, contained in the growing romance between Suzu and Matsuri, and some quality writing. One of the series’ latest chapters, in particular, was well written enough to warrant a JoJo’s Bizarre Adventure comparison. Considering the legendary status of Hirohiko Araki’s series, that is high praise indeed.

If you were turned off from picking up Ayakashi Triangle because of its author’s prior reputation, then consider giving it another go. With any luck, you’ll be as surprised as I constantly am.

You can read it for free via VIZ Media’s Shonen Jump.

For more manga coverage, you can check out Jacob’s Jump Time column and our manga category.