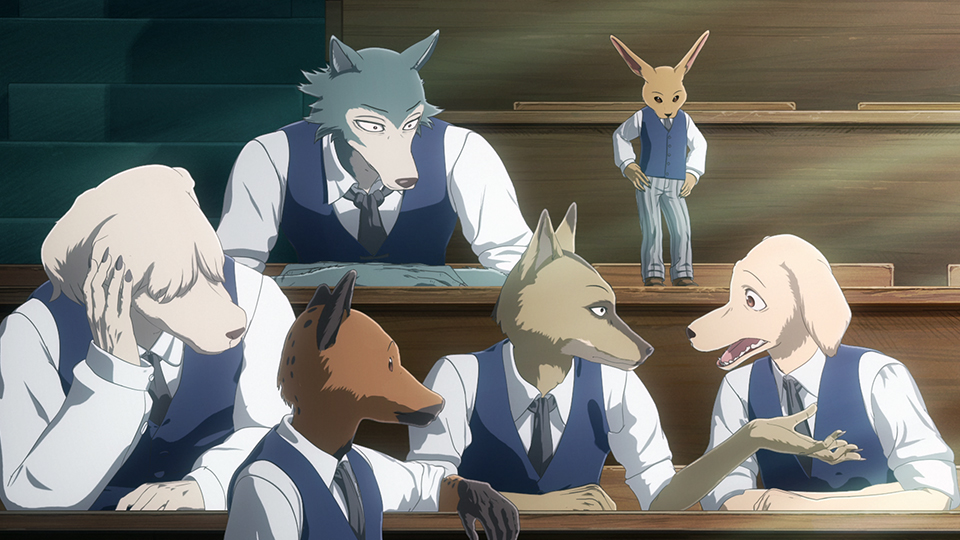 If you go into BEASTARS episode 13, the first episode of season 2, expecting some sort of grand, bombastic reintroduction to the series, then you may come away disappointed.

Although it’s been a full year since season 1 and hype is at an all-time high, Studio Orange isn’t in any rush to answer fan expectations. BEASTARS episode 13 is instead a slow, subtle debut episode that follows up on a lot of threads left dangling since 2019, all the while introducing some new elements and hinting at what might come later on.

The two big things that BEASTARS episode 13 addresses are the relationship between Haru and Legosi and Louis’ disappearance. These two elements are inextricably linked to the finale of the previous arc, where Legosi put his life on the line for Haru and Louis got wrapped up with the Shishigumi. This episode doesn’t provide all the answers, but does make it clear that things have changed drastically since the first season.

Louis has supposedly been missing for two months, but even when he does turn up halfway through BEASTARS episode 13, he doesn’t make a big deal of it. He hands in his letter of resignation to the Drama Club with some ominous words, saying to Legosi that ‘Light and darkness have flipped.’ For fear of spoilers, I won’t say what this means, but suffice it to say that Louis isn’t the same deer he was two months ago. 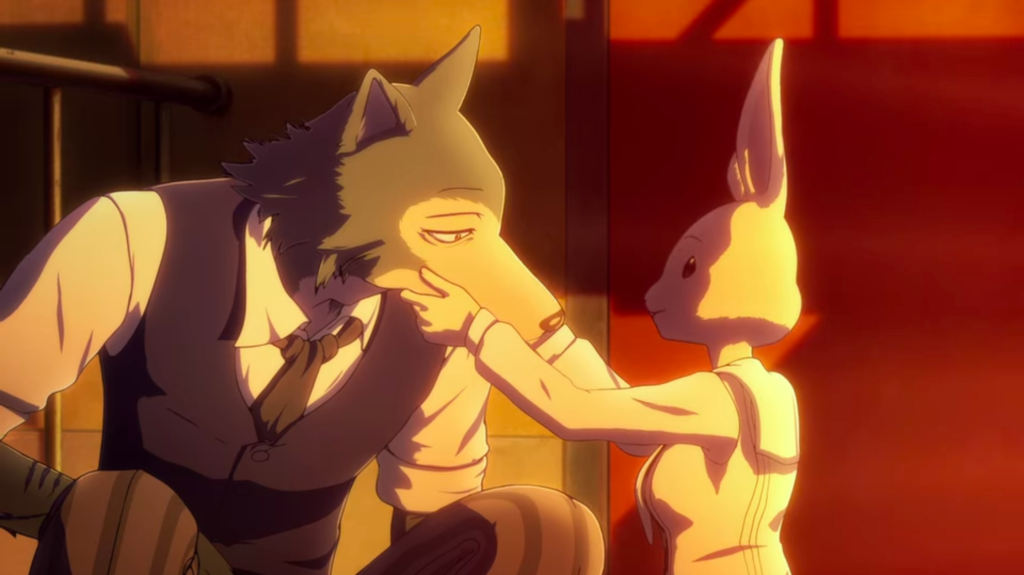 Haru and Legosi, meanwhile, are still as awkward as ever. Even though they shared a special night at the end of season one, they’re still unsure how to act around each other, with both of them having seemingly different perspectives on the relationship that they’ve built. One of the funniest moments of BEASTARS episode 13 is when Legosi realizes that they’re not ‘going out,’ leading to some contemplation in a dark corner, just like in the first episode. It’s hilarious, but does make it clear that there’s still a long way to go.

Even Juno makes a brief appearance in this episode, following up on her confession and dramatic speech at the end of the Meteor Festival. Again, the air isn’t entirely cleared between her and Legosi, but she’s become something of a celebrity at Cherryton. She’s even being considered for Beastar, which speaks to how much of a splash she made in episode 12. Seeing where things go from here will be interesting indeed.

As mentioned, BEASTARS episode 13 is mostly contained to following up things from season 1, but there is some new stuff to explore: namely, the giant snake that appeared in the official trailer. We don’t get a full look at them, nor their name by the end of this episode, but their presence looms large over the entire proceedings, as Legosi and his canine dormmates try to figure out the mystery of the ‘ghost’ haunting the place where Tem was discovered dead as the A plot.

Indeed, the mystery surrounding Tem is supposed to be the focus of this upcoming story arc, but BEASTARS episode 13 doesn’t really make that clear just yet. That’s not such a bad thing, as so much time has passed since we last dipped our toes into the world of Cherryton Academy, but my recommendation is that you lower your expectations somewhat. The best is yet to come.

You can watch BEASTARS episode 13 via Netflix (Japan only). The series is launching worldwide in July.