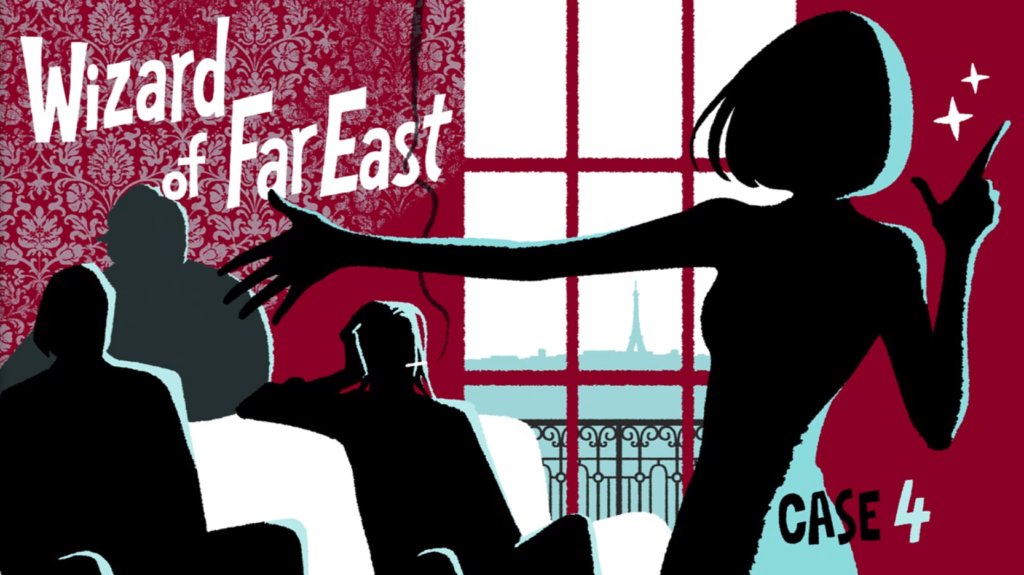 Suffice to say that I was excited for GREAT PRETENDER Case 4.

While the show has had its fair share of ups and downs, on the whole I’ve come to love these characters and greatly enjoy the type of swindling action that accomplished writer Ryota Kosawa has brought to the table.

Furthermore, the prospect of seeing Laurent’s past – as teased at the end of Case 3 – meant that this final arc was nigh unmissable, as he was by far the most mysterious and intriguing character. The long gap between seasons 1 and 2, in fact, only served to sweeten the deal, as it gave more time for the anticipation to build. 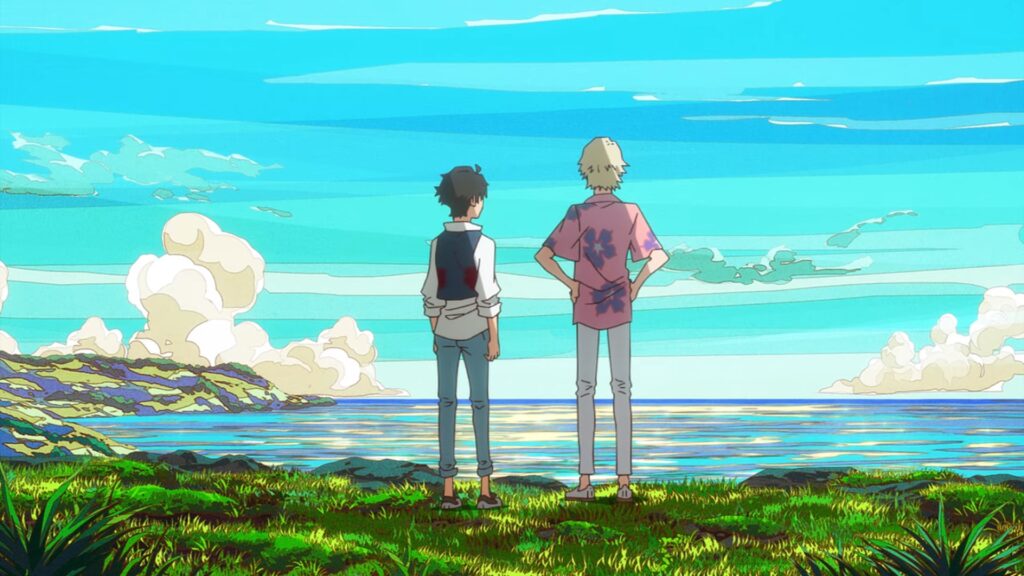 Nevertheless, Wizard of Far East isn’t really about Laurent or his back story. At heart, what GREAT PRETENDER Case 4 is is a story of forgiveness – whether Makoto Edamura can find it within himself to forgive those around him, lest the tragedies of the past be repeated.

The first and most obvious way that this theme is presented is through the character of Makoto’s father, Seiji Ozaki. Nicknamed ‘Oz’ in the series, he is the true namesake of ‘Wizard of Far East’ and comes to play a critical part in the events of the arc. Without spoiling too much, GREAT PRETENDER Case 4 really is a story about father and son – whether the son can find it in himself to forgive the father, and whether the father can even accept that forgiveness.

Makoto also has to find it within himself to forgive Laurent, who has been controlling him more or less the entire time. I’ve remarked in previous reviews that the way that Makoto is tricked and deceived by Laurent makes him appear almost like the series’ villain, and this is explored very well in GREAT PRETENDER Case 4: giving Makoto a very real chance to betray them all. 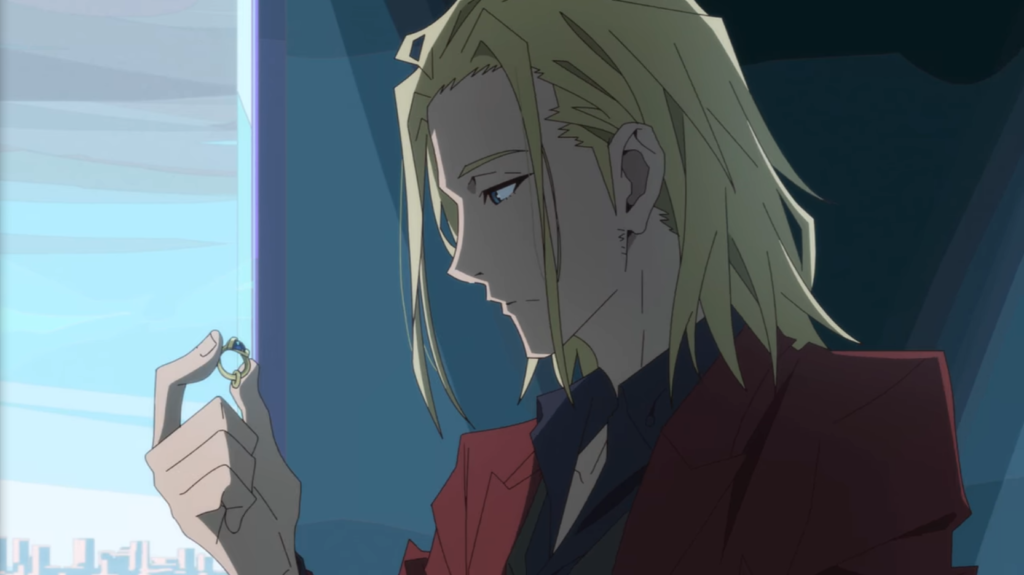 The theme of forgiveness is just one small part of Wizard of Far East, however. Coming in at nine episodes, Case 4 is GREAT PRETENDER’s longest arc yet – and its most ambitious.

Not only does it tell the story of Makoto and the Suzaku conglomerate in the present, it also tells us the story of Laurent’s past; showing us how the conniving ‘blond bastard’ ended up the way he is today. As it turns out, he was always a smooth talker and a lady killer, but it was his encounter with Dorothy – another addition to the arc’s Wizard of Oz theme – that set him on the path he is on today.

In many ways, Wizard of Far East follows the same formula laid down in previous arcs: set up an antagonist, carry out a swindle, and explore a certain character’s back story along the way. This time, however, the back story is much better integrated into the main narrative – while other stories felt a little too coincidental, relying on chance encounters between certain characters and certain situations, Laurent’s back story feeds directly back into the narrative and provides much of the entire basis for it unfolding.

Indeed, everything comes full circle in GREAT PRETENDER Case 4. And I mean nearly everything: there is not a stone that writer Ryota Kosawa leaves unturned while sketching out this finale, returning to every question that the series has posed up until this point and every moral quandary that it has ventured.

Particularly important is the question of friendship: is there really no honor among thieves, or is the main quartet’s motto of ‘neither friends nor comrades’ just self-aggrandizing bravado? Wizard of Far East pretty much comes down on the latter side of this question, although we probably knew this to be true anyway. 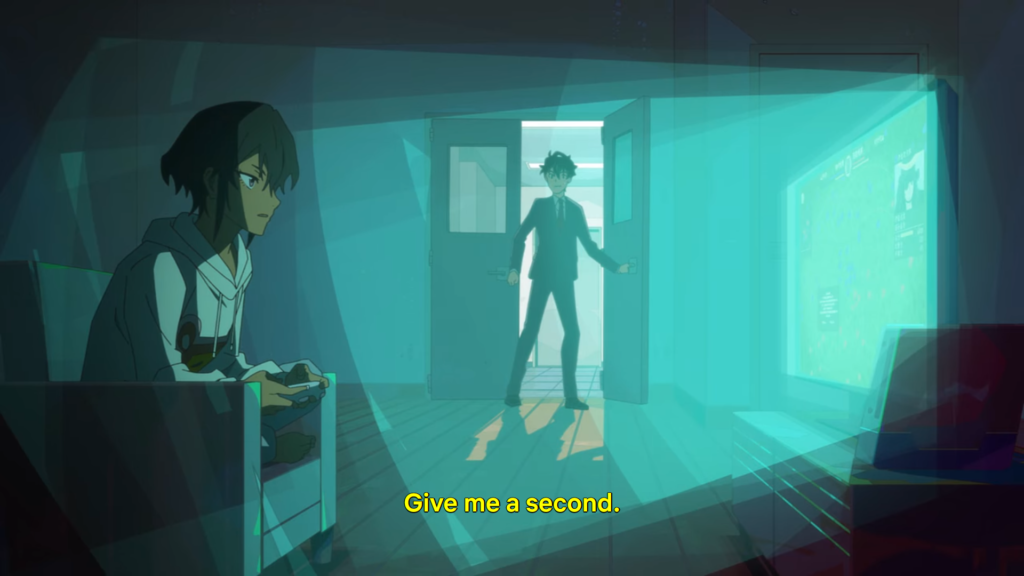 Ryota Kosawa’s writing is good, but it is not perfect. Cynthia and Abby’s role in this arc, for one, is quite limited, as Laurent and Makoto take center stage. To a certain extent, this was to be expected given that both characters’ arcs have been completed, but it would have been nice to give them something to do: Abby spends most of her time playing games in a locked room.

Furthermore, I’m not a fan of how some characters turn up at the very end – it cheapens their previous stories, and feels unnecessary from the point of view of the narrative. Still, this is just nitpicking. 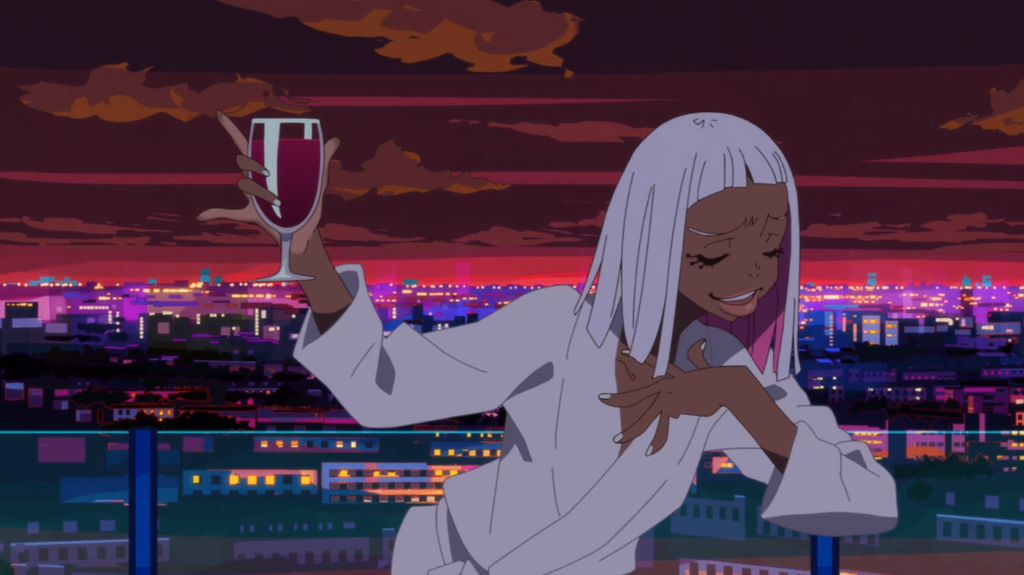 Ryota Kosawa isn’t the only staff member contributing to the show, either. I’m almost embarrassed to say that it took until Wizard of Far East for me to realize how good Yoshiyuki Sadamoto’s character designs are for the show – I must have been pressed for time considering that I have yet to mention them in the reviews, but here we are. Dorothy, in particular, is very dynamic and wonderfully shows how realism doesn’t have to limit expression.

All in all, GREAT PRETENDER Case 4 is a wonderful conclusion to this anime-original series. I plan on talking a little bit more about my overall thoughts on the production and what it means for WIT Studio in a seperate piece, so for now it is enough to say this: Wizard of Far East just narrowly beats out Snow of London for my favorite arc, and I’m hungry for more.

You can watch GREAT PRETENDER Case 4 (Season 2) in Japan via Netflix. A worldwide release date has yet to be confirmed.