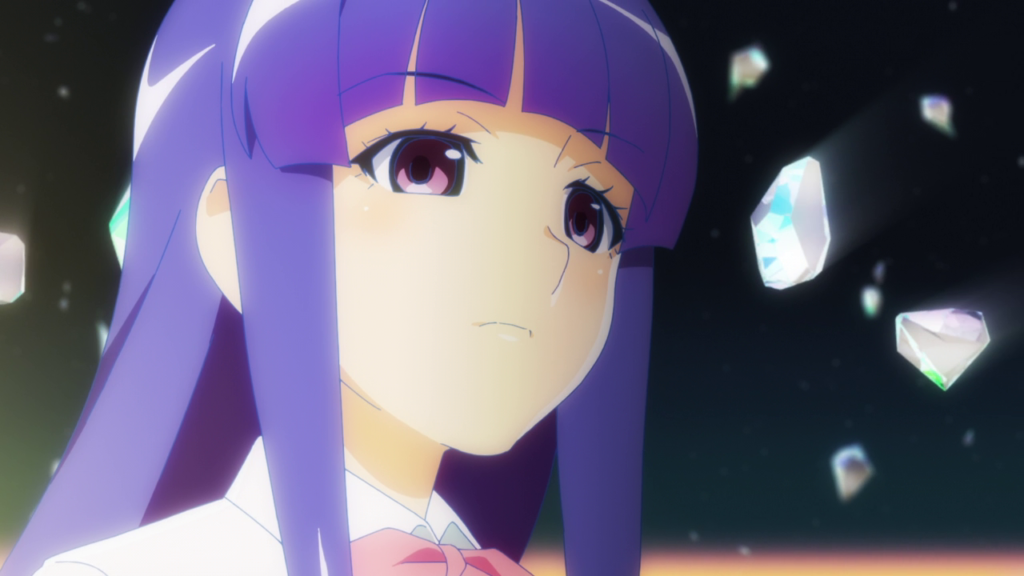 Tuning into Higurashi: When They Cry – NEW episode 2 was an earth-shattering experience. While the first episode left me a little cold, episode 2 seemed to directly address all of my problems: not only did it divert from the original series, it also showed that it had more of a reason to exist than simply cashing in on the series’ continued popularity. Simply put:

This new Higurashi anime is not a remake, but a continuation.

What makes me say this? While it is true that this has not been officially confirmed, several aspects of Higurashi NEW episode 2 all but confirm this. The big one, of course, is the beginning: Rika waking up in the Meta-World, confronted by Hanyuu and surrounded by Fragments.

If you’re not familiar with the Meta-World, then that is understandable: it is something which features more prominently in Umineko, representing the idea of alternative realities and parallel universes. And if you’re not familiar with the term ‘Time Void’ as it appears in Minagoroshi-hen, then perhaps consider consulting the wiki – it is your best friend when it comes to confusing terms such as this.

Of course, if this is your first time experiencing Higurashi, then perhaps consider stopping here and watching the original series. Much of Higurashi NEW episode 2 proves that this is meant for more experienced fans, and this review will be written as such. Spoilers ahead.

What makes the beginning of Higurashi Gou episode 2 so eyebrow-raising is the fact that Rika appears as an adult, complaining to Hanyu about “having to repeat it again.” This suggests that the ‘happy ending’ reached at the end of Matsuribayashi-hen was not so permanent, flinging Rika back to the past after either dying or being killed.

The worry is that this could devalue the satisfying conclusion reached at the end of the series, but I’m cautiously optimistic. While seeing Rika and her friends rise up and finally prevail against the events of 1983 was a beautiful thing, it stands to reason that not everything would be hunky-dory: after all, the Hinamizawa Syndrome still exists, and so does the mysterious “Tokyo” organization. Furthermore, none of the subsequent arcs have nearly really answered the fundamental question: where does the Hinamizawa Syndrome actually come from? So, there is scope for more stories.

It must be said, however, Higurashi Gou episode 2 really isn’t about anything like that. For the most part, it is a retelling of the opening parts of Onikakushi-hen – complete with a game of zombie tag. 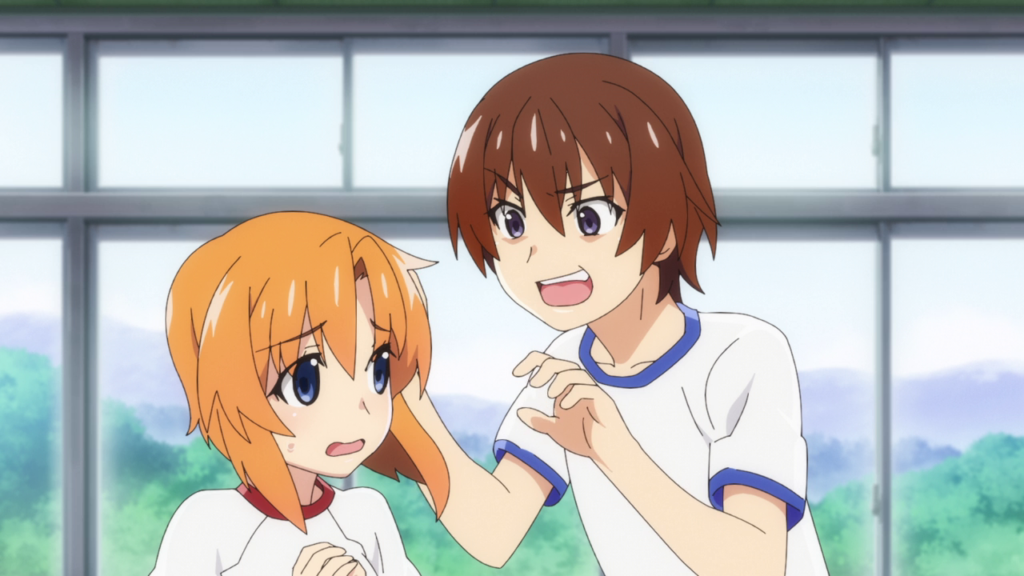 Even so, there are key differences that attentive viewers will pick up on: Keiichi remembering events from other Fragments, as well as Tomitake not playing with the club. Who knows what other changes will be made? We’ll just have to wait and see.

One last thing that is worth mentioning in Akio Watanabe’s designs. While I didn’t really have a problem with them last week, they are much more dynamic and expressive in Higurashi Gou episode 2 – moving away from simply looking like Monogatari characters and settling into their own style. It’s great to see.

On the whole, though, Higurashi Gou episode 2 constitutes probably the biggest early plot shift since DECA-DENCE last season. And much like Hiroshi Seko and Yuzuru Tachikawa’s original series, the question is whether or not this bait and switch will actually pay off.

I, for one, am cautiously optimistic.

You can watch Higurashi: When They Cry Gou episode 2 via Funimation.