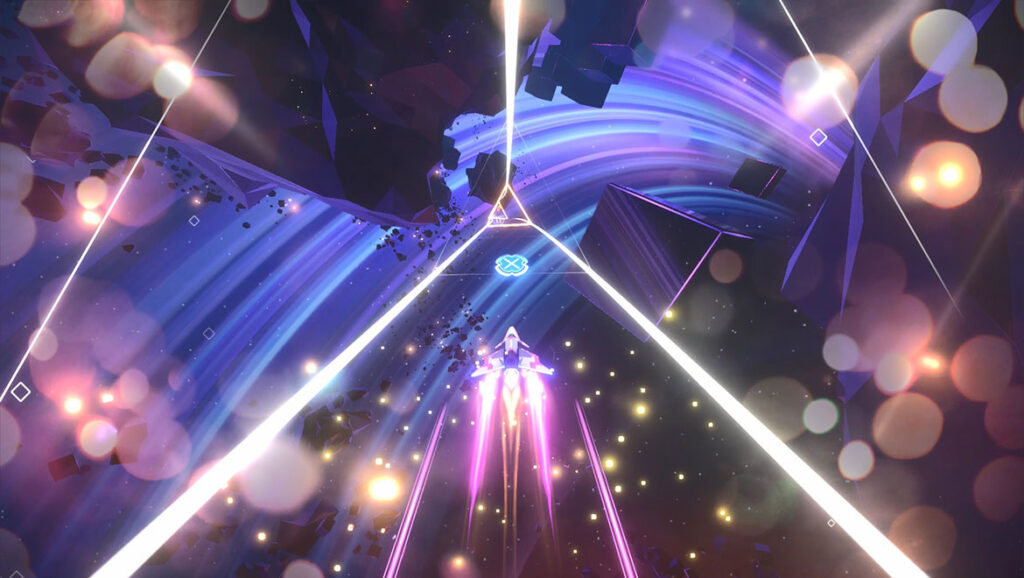 I went into Invector knowing just two things: it’s a rhythm game, and the soundtrack consists of nothing but Avicii music. 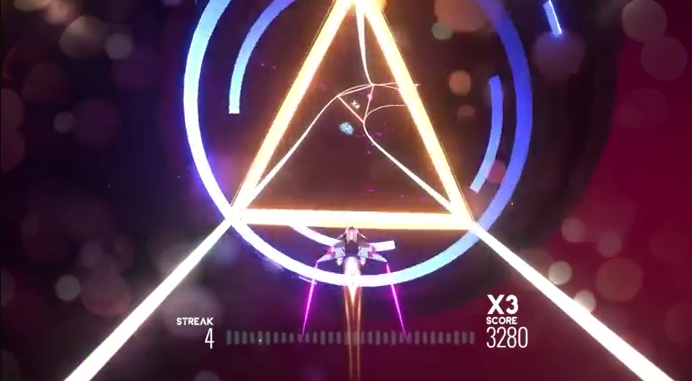 Both are very true. The combination of the two leaves something to be desired.

Invector is pretty reminiscent of Harmonix’s Frequency/Amplitude titles. Follow a tunnel and hit notes along the way, creating the song as it goes. The more notes that are hit, the better the score, and if the player misses too many, you fail the stage. Oddly enough, there’s also brief segments that could have come straight out of Starfox, when the player has to navigate the ship through narrow tunnels to keep the score streak (and multiplier) going. 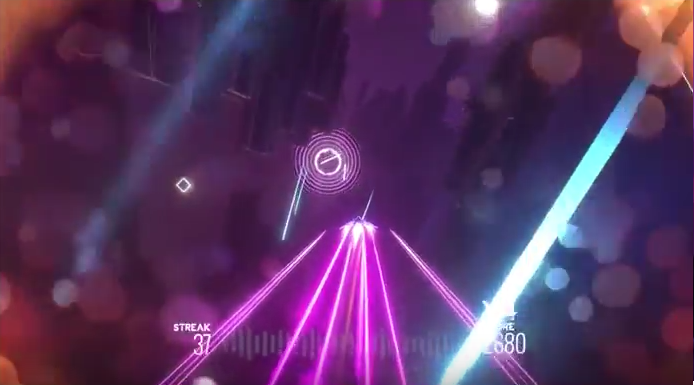 Sadly, Invector lacks the polish of its predecessors, and also takes on some of their flaws. Much like Frequency’s dreaded tunnels, certain parts of a given stage can have very unpredictable twists and turns, making notes nearly impossible to see coming, especially on a first run. Also, unlike Frequency, Invector’s notes appear only on one track at a time. That means the player has to switch to be on the correct track, or miss notes completely. 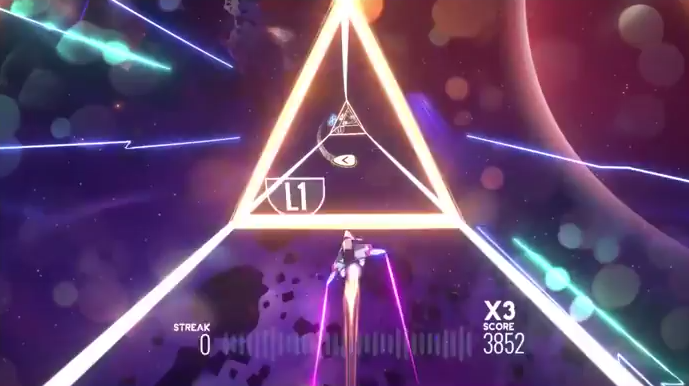 While the early stages are beginner-friendly and make it clear when the player is expected to switch tracks, later stages can remove these prompts entirely. This means the player has to watch for the notes appearing on another track(often another side of a triangular tunnel), or miss them completely if they fail to switch. Also, the coloring makes it very difficult to tell whether a Circle or a Square is required, since the Red and Purple colors used have a tendency to look very much alike before long.

The gameplay primarily involves hitting L1 every time a beam of yellow light appears, then hitting either X, Circle, or Square in between them, while occasionally using the left analog to shift tracks and/or navigate through tunnel openings. The notes also lack any semblance of keysounding. The song sounds exactly the same whether or not notes are hit, it just affects score, making the accomplishments of a full combo feel hollow. 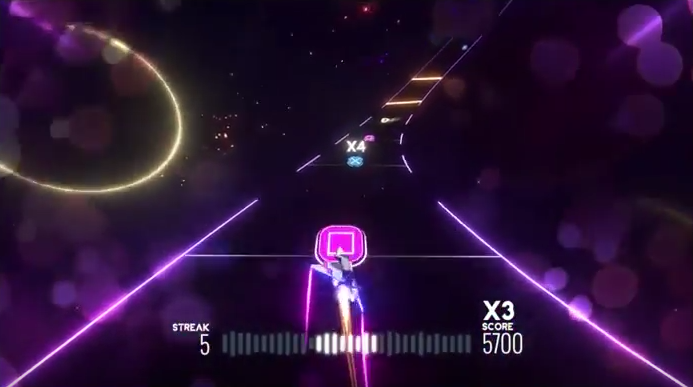 This brings us to Invector’s other major flaw: the music. EDM superstar Avicii is the sole composer behind Invector, though the project feels more like a vehicle for his music than a labor of love. While some of his songs are great fits for a rhythm game (namely his biggest hits like Levels and Set You Free), some are wildly out of place, and feel downright forced into the game (Pure Grinding & Gonna Love You). They’re repetitive, have awkward rhythms, and just aren’t very fun. It’s very likely the creators were obligated to use every Avicii song they could find, including album B-side tracks. While they might be fun in a club in small doses, they get old very fast when played at length.

Invector would be better off if it had far less Avicii tracks, or even just a majority, just to let some other musicians have a chance to shine and give the game much-needed variety.

With most independent rhythm games, that would be all there is to it, but… Invector also has a story. Well, in so much that the ship has a pilot, and she does some things. The ‘animation’ of the story excerpts is laughably non-existent, mostly stills with single frames that are moved around to give the impression of motion. If Andamiro is doing higher quality animation, that’s never a good sign. 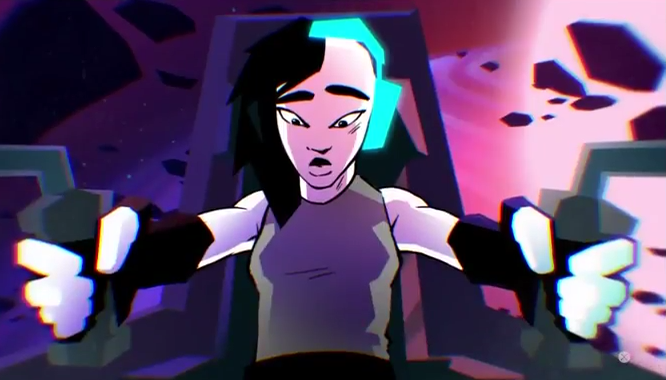 Invector clearly had some talent involved, and the creators have obviously played some famous rhythm games and knew what to copy… but it’s an uninspired copycat at best, and a lazy attempt on cashing in on a famous composer’s career at worst.