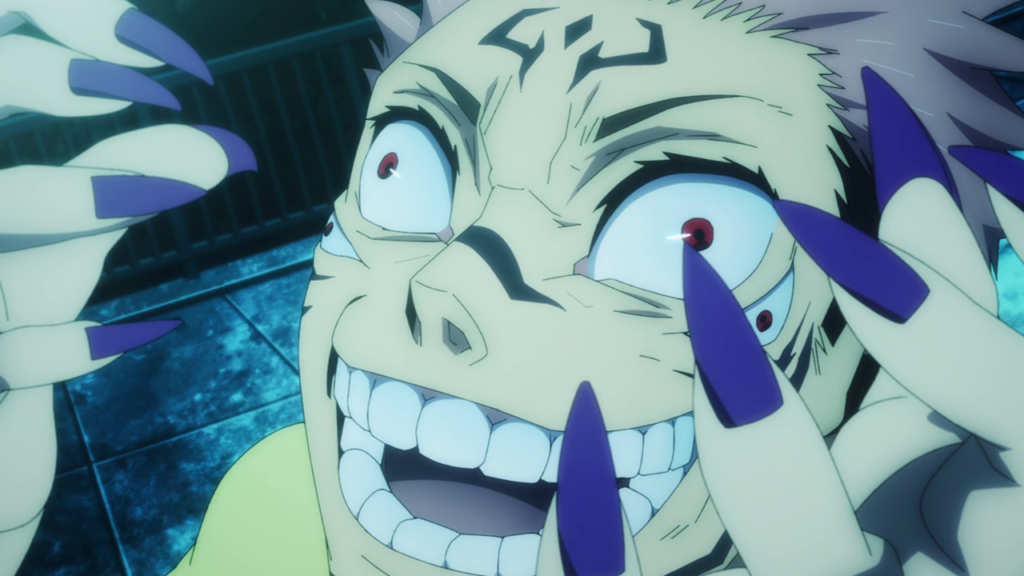 Out of all of the anime airing this season, Jujutsu Kaisen was probably the most highly anticipated. The original Weekly Shonen Jump manga, penned by Gege Akutami, has been slowly building in both size and presence since its debut in 2018, recently surpassing 8.5 million volume sales. The adaptation, meanwhile, is being produced by Studio MAPPA, already renowned for their stellar work on Banana Fish and Dororo. So, did Jujutsu Kaisen episode 1 live up to the hype?

The first thing that fans of the original manga will notice about Jujutsu Kaisen episode 1 is that it opens very differently. In the initial debut chapter, we follow Itadori as he participates in his club activities after a cold open from Fushigoro, but in the anime we open on Itadori being confined by Gojo after eating Sukuna’s finger. This change is welcome, as it immediately builds tension and intrigue for the viewer. 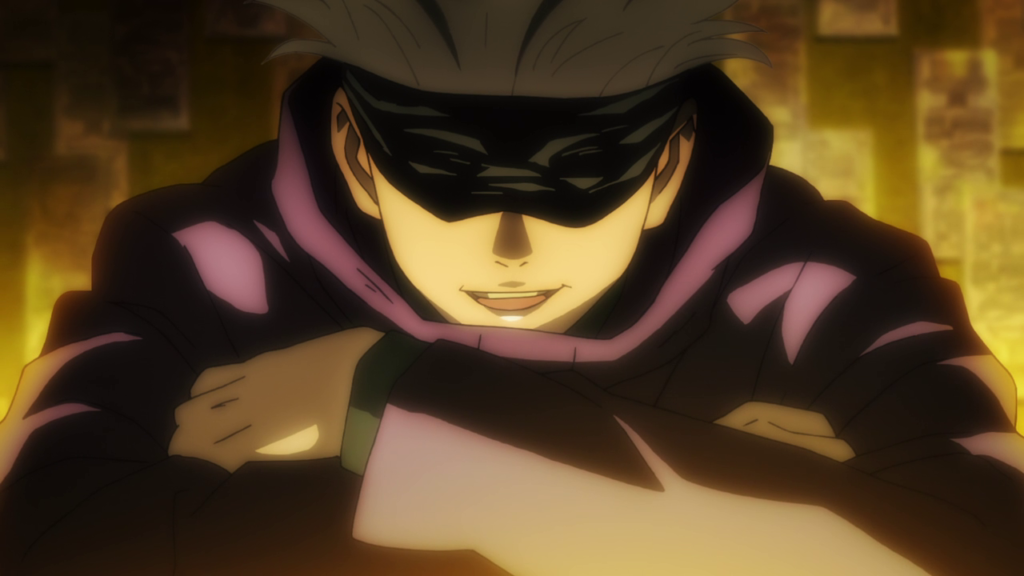 This introduction isn’t the only thing that’s different from the original manga. Peppered throughout Jujutsu Kaisen episode 1 are also multiple anime-original lines and exchanges, including one reference from Fushigoro to Maki Zenin.

These will go unnoticed by first time viewers, but serve as a tantalizing hint for those familiar with the original manga as to what is to come. What’s more, these additions make Jujutsu Kaisen episode 1 overall a much stronger opener than chapter 1 of the original manga, which always felt a little rushed.

Back when Jujutsu Kaisen first debuted, my experience of reading chapter 1 was bad enough that I gave up halfway through and didn’t touch it again until a full year later. That was partly due to the language barrier, but also because of how cramped and manic the first chapter felt. To be honest, it seemed as if Gege Akutami was trying to do a million things at once, attempting zany comedy and club antics while at the same time setting up for a fairly serious battle shonen. Luckily, Studio MAPPA fixes this by allowing things to breath.

Jujutsu Kaisen episode 1 follows pretty much beat for beat the story of the first chapter, with some of the aforementioned additions. Even so, it does this with undoubtedly its own flair, evoking the atmosphere and terror of curses very well thanks to its color palette. One advantage that Studio MAPPA does have over Gege Akutami is that it can actually render night scenes as such, without the white of the page taking away from it. That’s not a slight on the original manga, by the way, but just one example of how anime adaptation could help to further the quality of the original story.

Adding to this is, of course, the phenomenal animation. We already got a good taste of director Sunghoo Park’s eye for attractive action in The God of High School, and none of that is lost here. Jujutsu Kaisen episode 1 features some truly breathtaking moments, such as Itadori’s entrance through the window and Fushigoro’s pursuit by the demon onto the rooftop. They have to be seen to be believed.

Overall, Jujutsu Kaisen episode 1 is a fantastic opener for this highly-anticipated series. While I may not be the biggest fan of the manga at the best of times, it is undoubtedly loved by a great many people. Here’s hoping that Studio MAPPA can continue to deliver the goods.

You can watch Jujutsu Kaisen episode 1 via Crunchyroll.