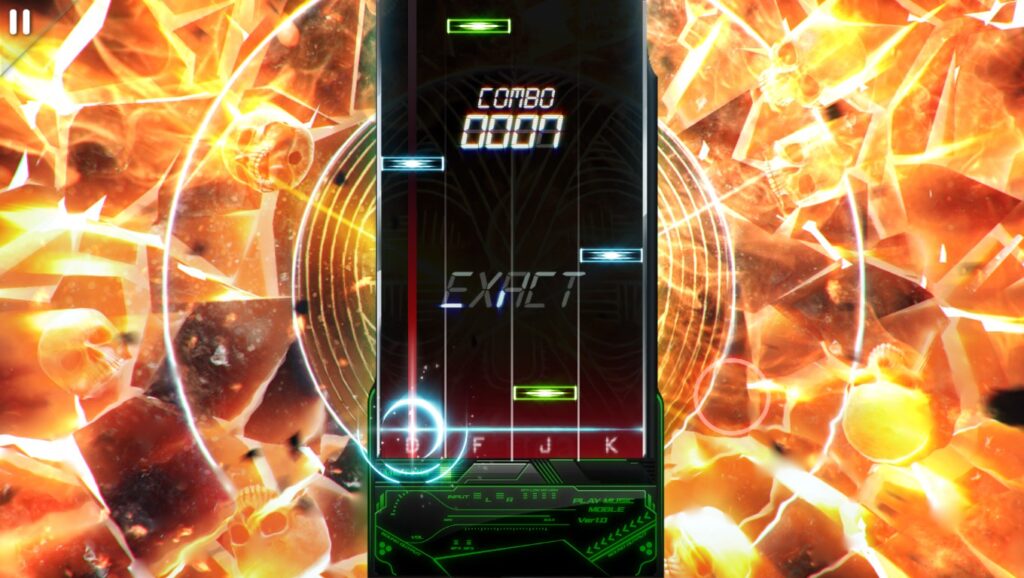 The following limited edition box art image was my first impression of Musynx: 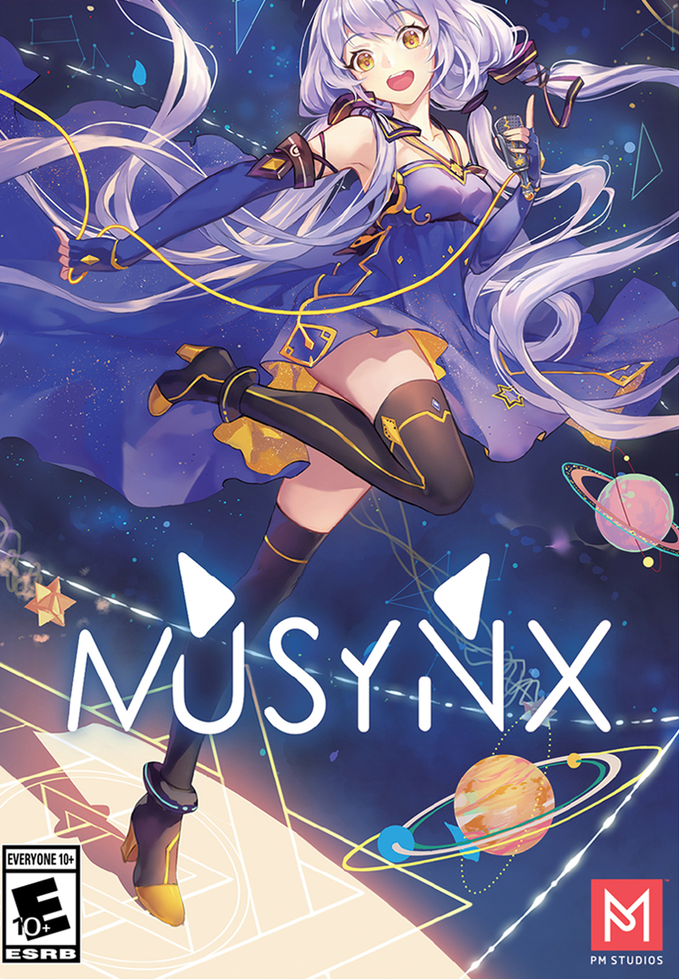 I had imagined it would be a traditional music game with anime-inspired graphics along the lines of DJMax. Turns out I was pretty close to the mark, though unfortunately (like most cloning attempts) it fail to lives up to the high bar that DJMax has set for visual impact.

Regrettably, the DJMax comparisons stop there. 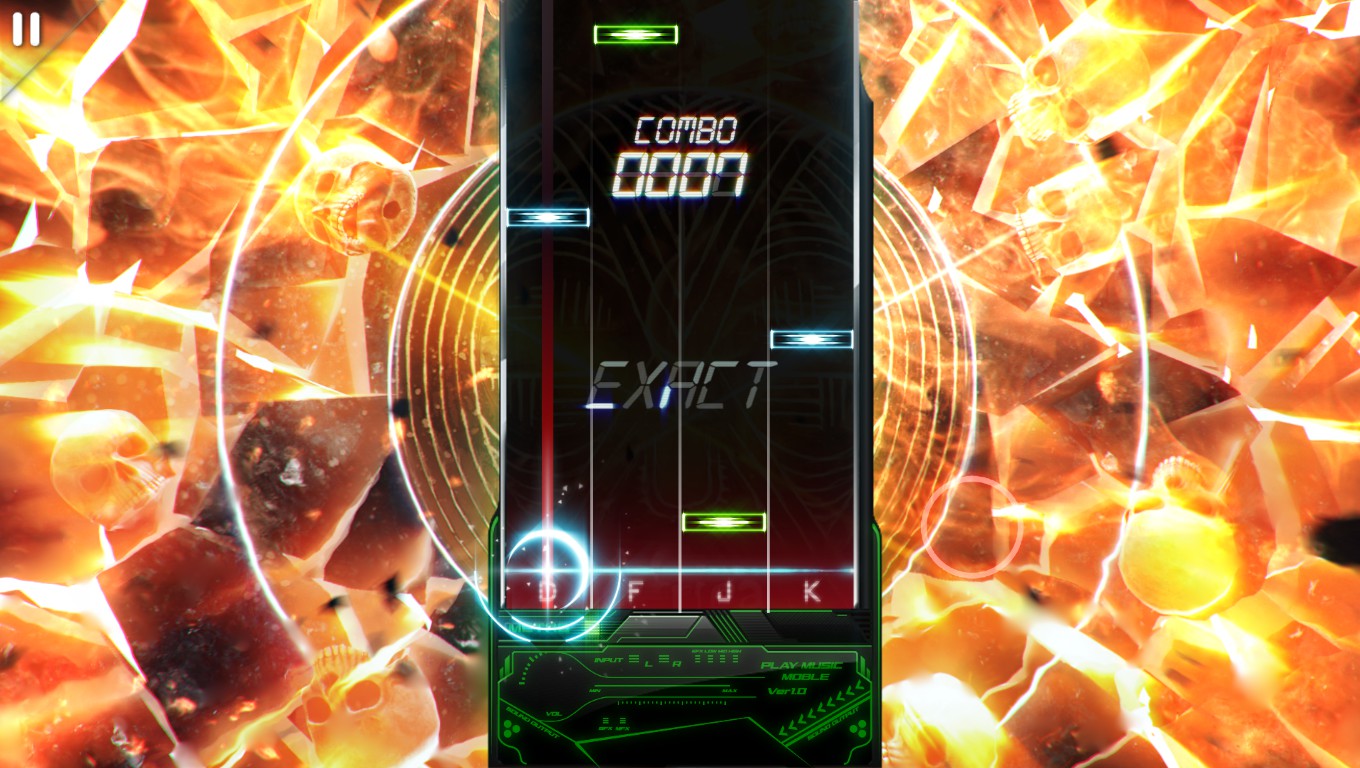 Musynx’s art team clearly were inspired by DJMax on a base level, though. Each song has a colorful, often well designed title card to go along with each of dozens of available tracks.

Where DJMax would have a video inspired by the title card to back up the gameplay, Musynx sadly just has a static image of the background with the occasional after effect.

And this is just the classic mode. There’s also the old original mode that’s more similar to the Superbeat: Xonic series in terms of visuals. 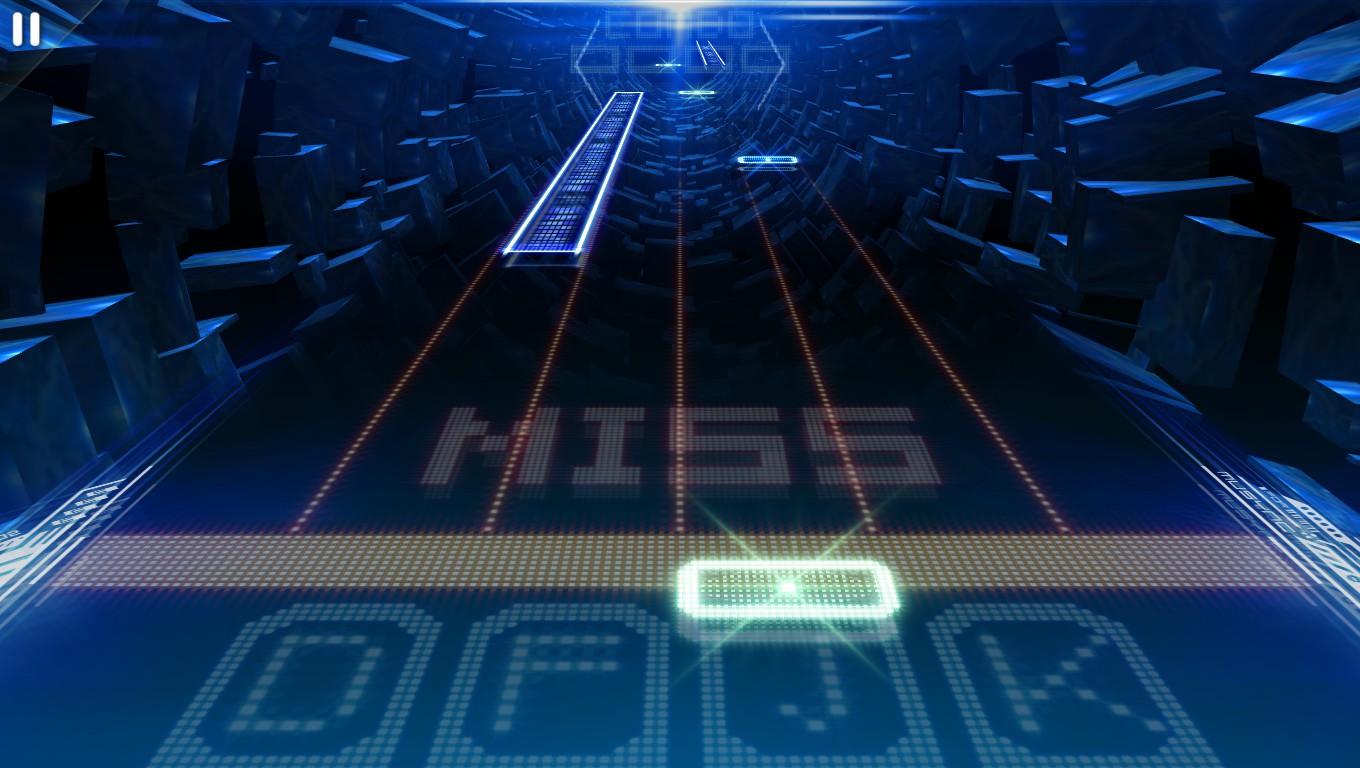 While this is nifty at first glance, it also gets old fast. Much like Superbeat: Xonic, this is just a static tunnel with generic 3D effects in the background. It also makes the notes much harder to read than the classic mode, unless you’re accustomed to the tunnel style of gameplay seen in the likes of Superbeat: Xonic and NeonFM.

So what about the gameplay? Well, honestly… it’s DJMax in all but name.

Is this a bad thing? Hardly, it’s just a little shameless, especially since it lacks DJMax’s presentation, polish, and above all, options. 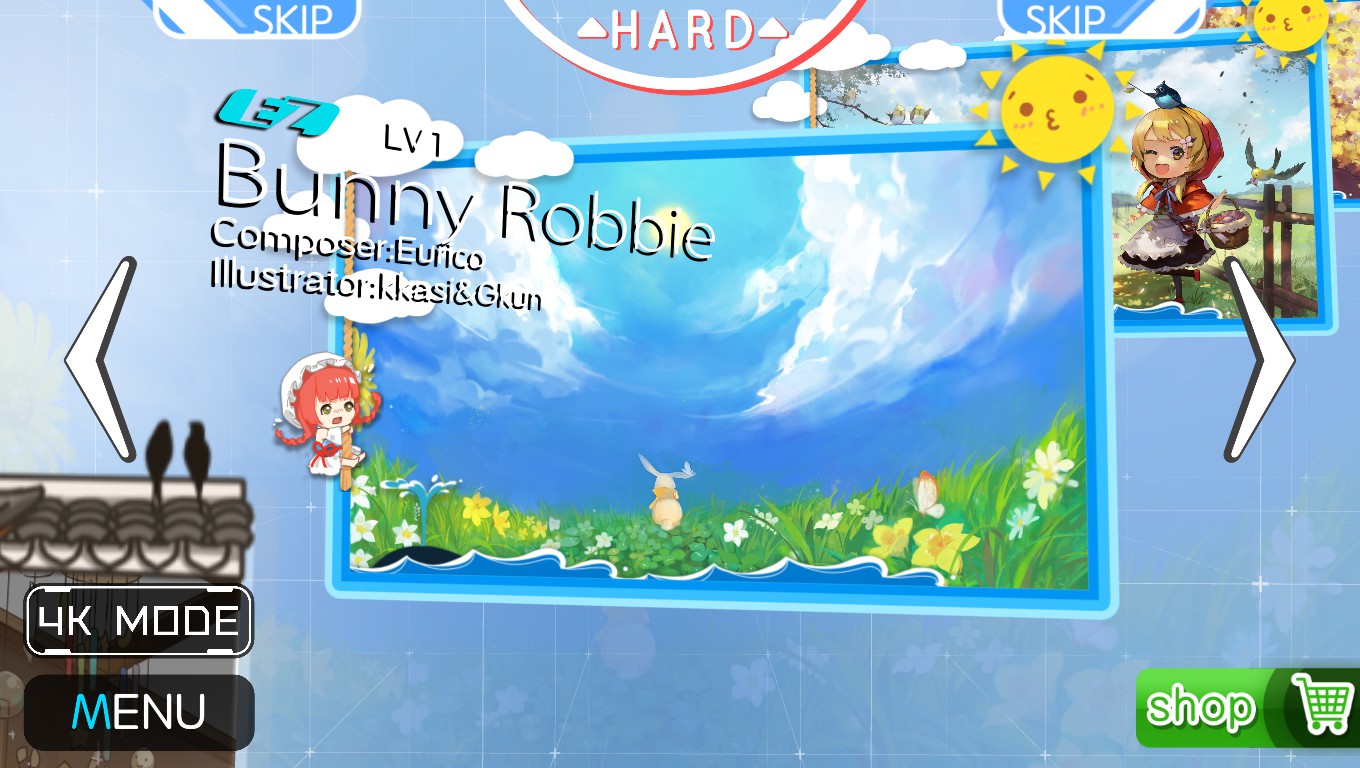 Musynx is the most straight forward rhythm game I’ve ever seen. Starting the game from the title screen drops you right into song select. There is nothing else. What you see above is what you get.

Musynx is a valiant initial effort, and it’s always good to see someone come out swinging, even if it means copying from the best.

So then there’s the music. This is easily Musynx’s high point. I was quite literally in awe at the depth and breadth of Musynx’s soundtrack. Right from the get go, Musynx has 143 songs, 48 songs in the standard game plus 85 tracks included in the DLC. It‘s almost unheard of for a brand new rhythm game IP to have this many songs. This isn’t just quantity over quality, either. Some heavy hitter familiar names turned up for Musynx, some of whom I’m sure anyone who’s played recent rhythm games would recognize, such as Paul Bazooka, ETIA, M2U, Memme, and even classical tracks from Antonio Vivaldi and Jacques Offenbach themselves.

If absolutely nothing else, Musynx went above and beyond for its soundtrack. You could play the game for hours and still not experience all the musical variety it has to offer. There’s also two difficulty modes, which go from EZ to HD, and two options of play: 4K (DF / JK) and 6K (SDF / JKL), though the keys can be changed from the start up menu.

Musynx does have speed mod options which can be selected before each song, which is also where the background of choice can be selected. (Again, I vastly prefer classic mode.) Be sure to use them, because the harder difficulties are no joke.

Much like DJMax, another touch I appreciated: the EZ/HD versions having different title screens, such as the below example: 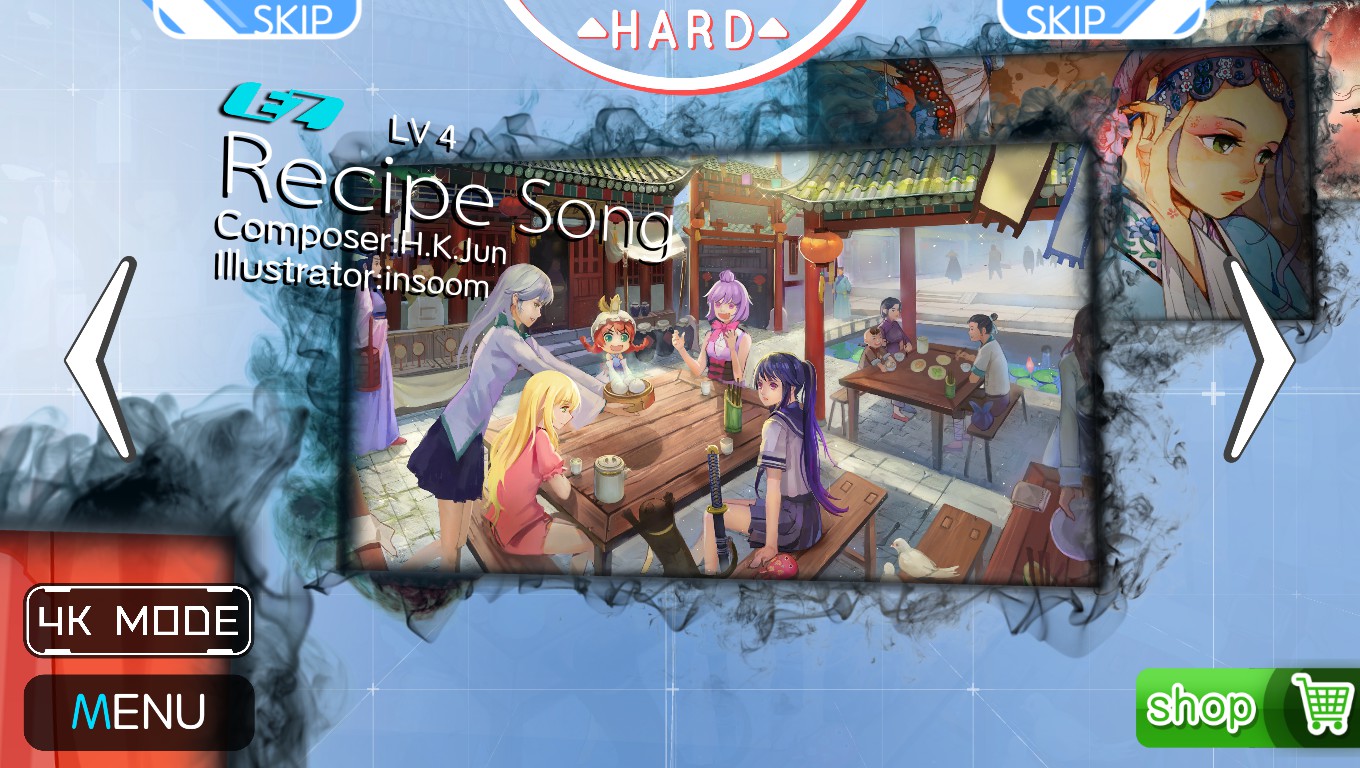 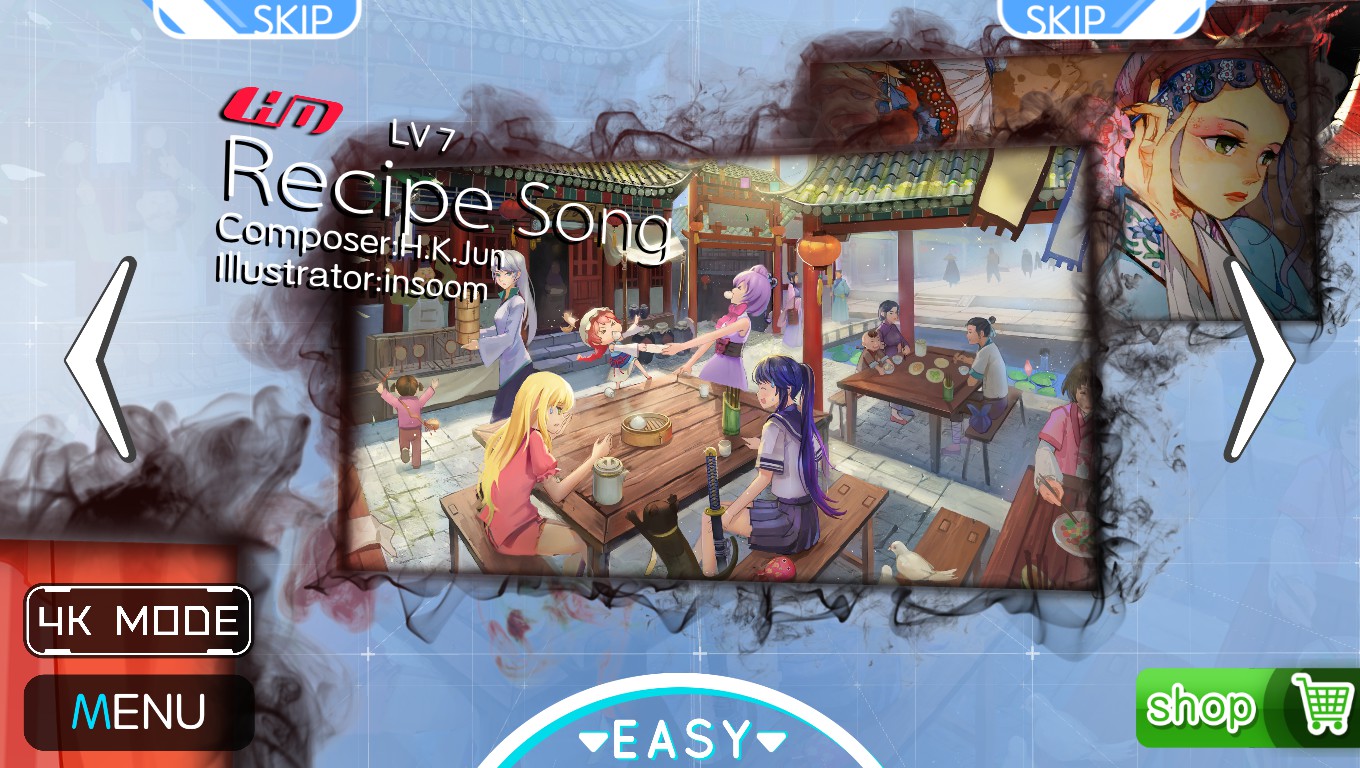 Musynx is a valiant initial effort, and it’s always good to see someone come out swinging, even if it means copying from the best.

Hopefully the sophomore effort from the developer means they also copy the style and wide variety of gameplay options from its inspiration as well.