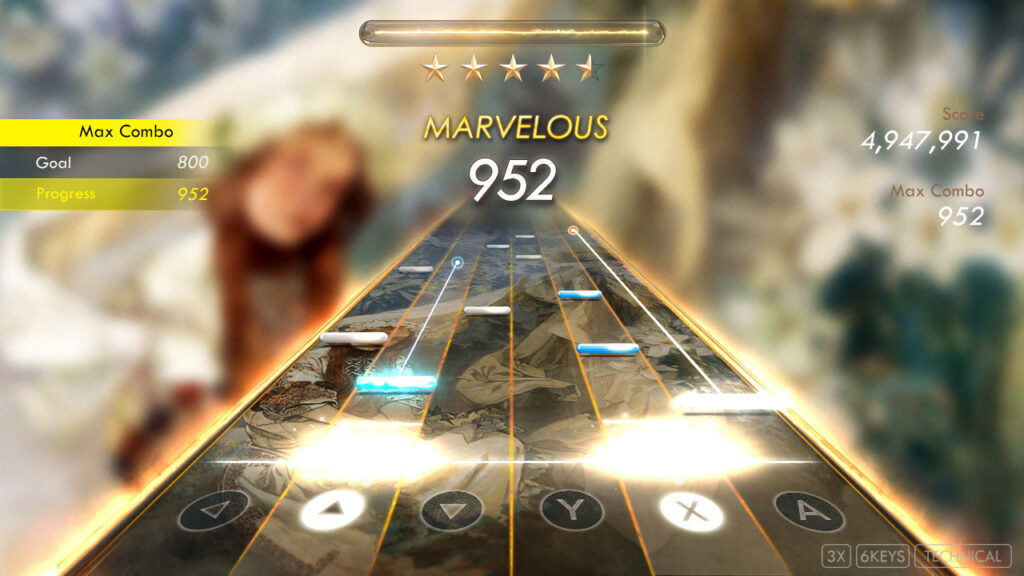 For those looking to tickle some virtual ivories, you have no better option than the golden brown world of Pianista.

Pianista: The Legendary Virtuoso is a Nintendo Switch exclusive rhythm-action title produced by the South Korean company Superb. It is a “high end music game” entirely centered on piano arrangements of classical music. While this on its own sounds as appealing as warm milk, Pianista proves to be the most polished version of this concept that you can get on the platform. 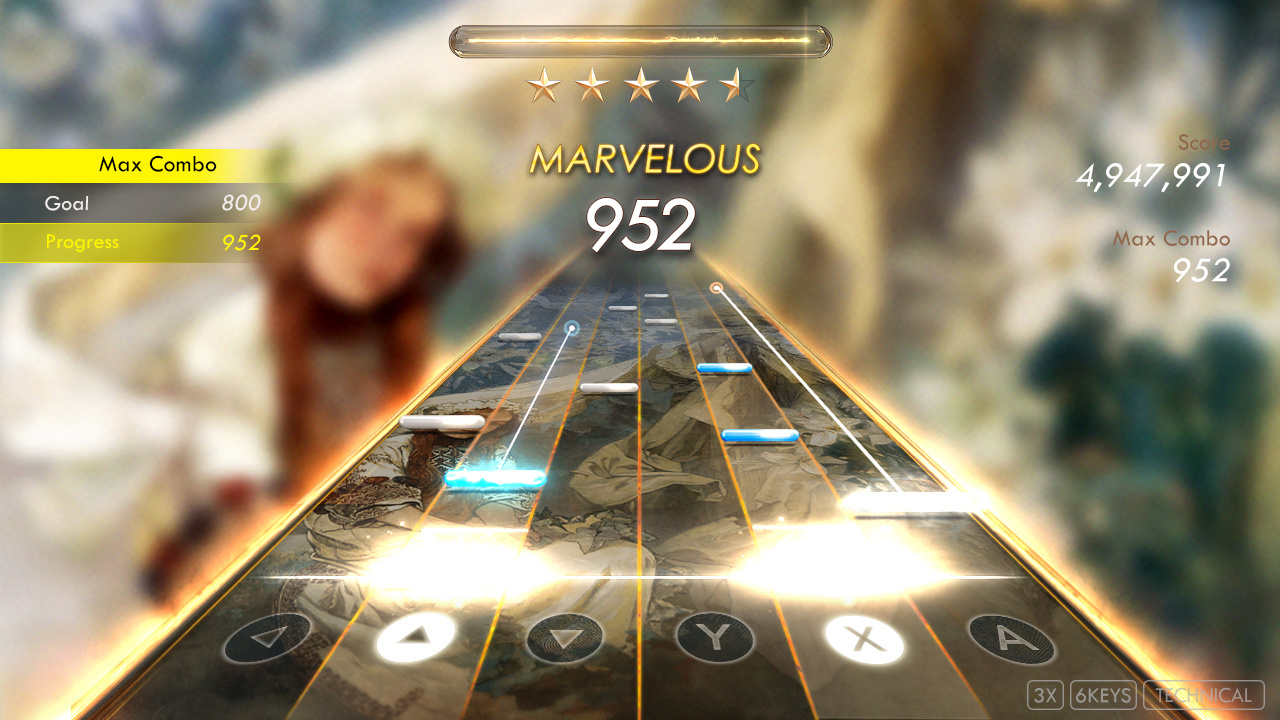 Pianista is in the template of Switch contemporaries such as Musynx, where you pick four or six buttons, and then time your button inputs to notes that cascade down the note highway. There are regular and hold notes, and that’s it. Only controllers work with this game, not the touchscreen.

Pianista consists of five modes: Matinee is where you play three stages of various tracks in an attempt to earn up to five stars per stage, as well as high scores. Concours is the course mode, where you play prearranged sets of four tracks, usually ending in a mystery track, while aiming for different goals, such as a particular overall score. Ensemble is innovative; two players handle one Joycon each, and they play on the same piano, split into two note highways of three notes each. In the Library, you can check play stats, as well as read biography information on the game’s composers. 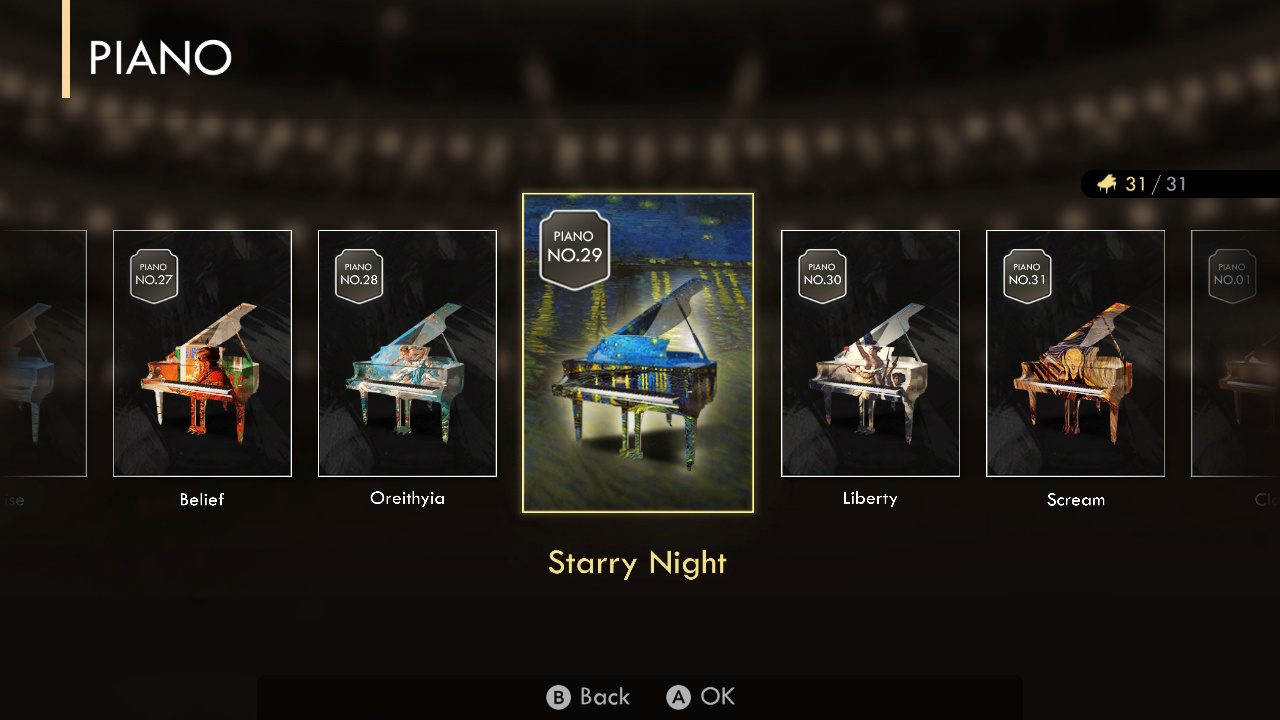 There are 77 tracks in the game by 23 classical composers, as well as nearly 700 patterns available to play across three difficulty levels. A good chunk of the game’s track list must be unlocked through the course mode or by achieving certain play thresholds. In addition, there are 30 piano skins based on classical artwork that are also unlocked in the course mode.

The game’s graphics and music, though spartan, are fluid and smooth, and commit to the refined and modest tone of the game. Though I’m not much of a classical music expert, I enjoyed hearing the tracks that I recognized in their original, unremixed form, as well as hearing tracks to which I was unfamiliar. In this manner, Pianista is both a nostalgic experience as well as an educational one.

Unlike the breakneck pace and high energy of the average rhythm-action title, the game opts for a relaxed tone. This gives the game a premium feel that persists throughout the title. This isn’t to say that the game isn’t a challenge. Pianista’s three difficulties give players of all skill levels a proper challenge. On Technical, the highest difficulty, the more complex songs can be very tiring. Compound this with the Concourse mode and I recommend playing with something other than the Joycons. Otherwise, prepare to be told that “practice makes perfect” often. 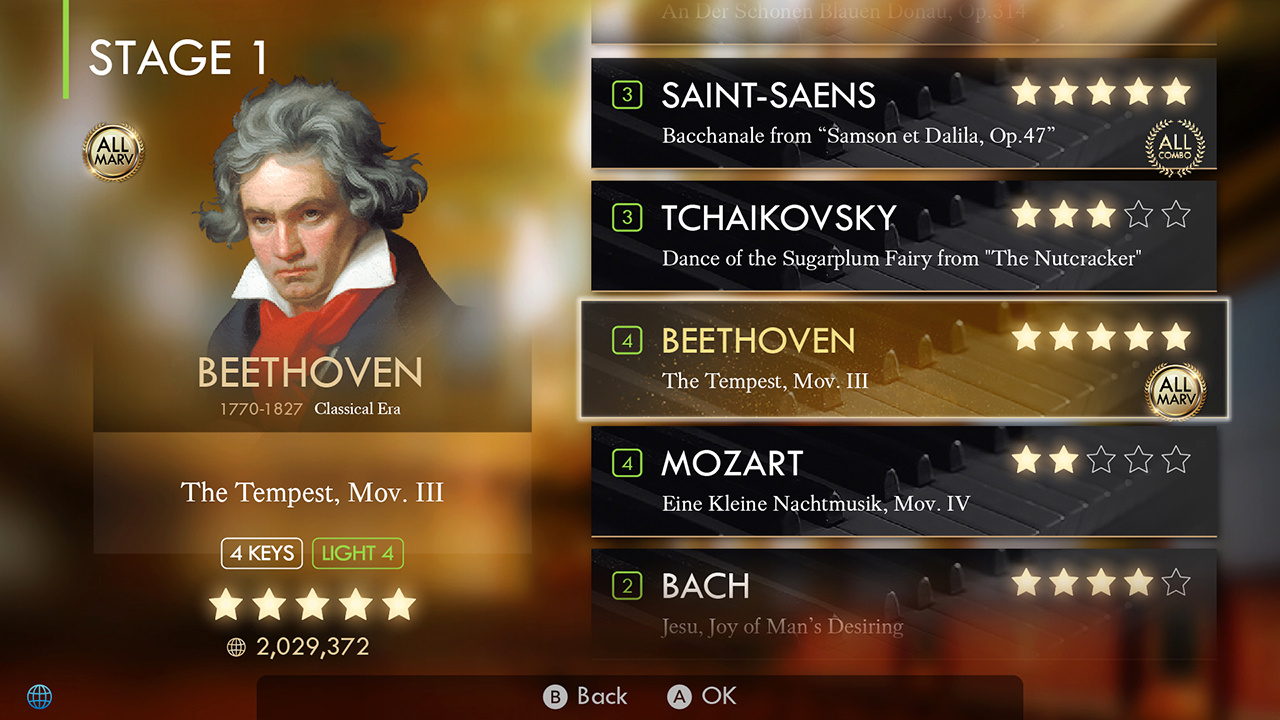 Pianista does strike a few odd chords. The game’s minimalist approach leaves it with few extra options for play, other than the boilerplate speed options and the option to randomize or mirror the charts. It is doubly strange that a game so heavily patterned after similar games on the market lacks a free-play mode. Regardless of these faults, Pianista accomplishes its modest goals.