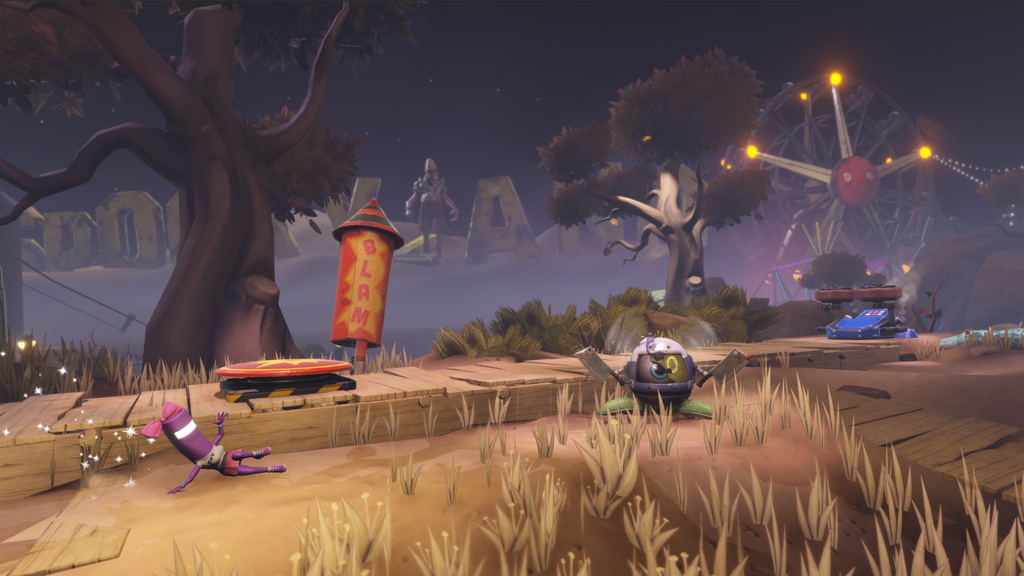 It’s a beautiful day outside, and you step onto the sidewalk to take a jog. You jog for ten seconds or so until your foot hits a rock, and then you’re transported back to your front door, where you must begin your walk again. The next time, you avoid the rock, but you step on a crack in the sidewalk. You appear at your front door again. After ten minutes, you get to the end of the block, only to trip over an exposed tree root. Good to see you again, front door.

The above hypothetical is the average experience of RUNNER3. 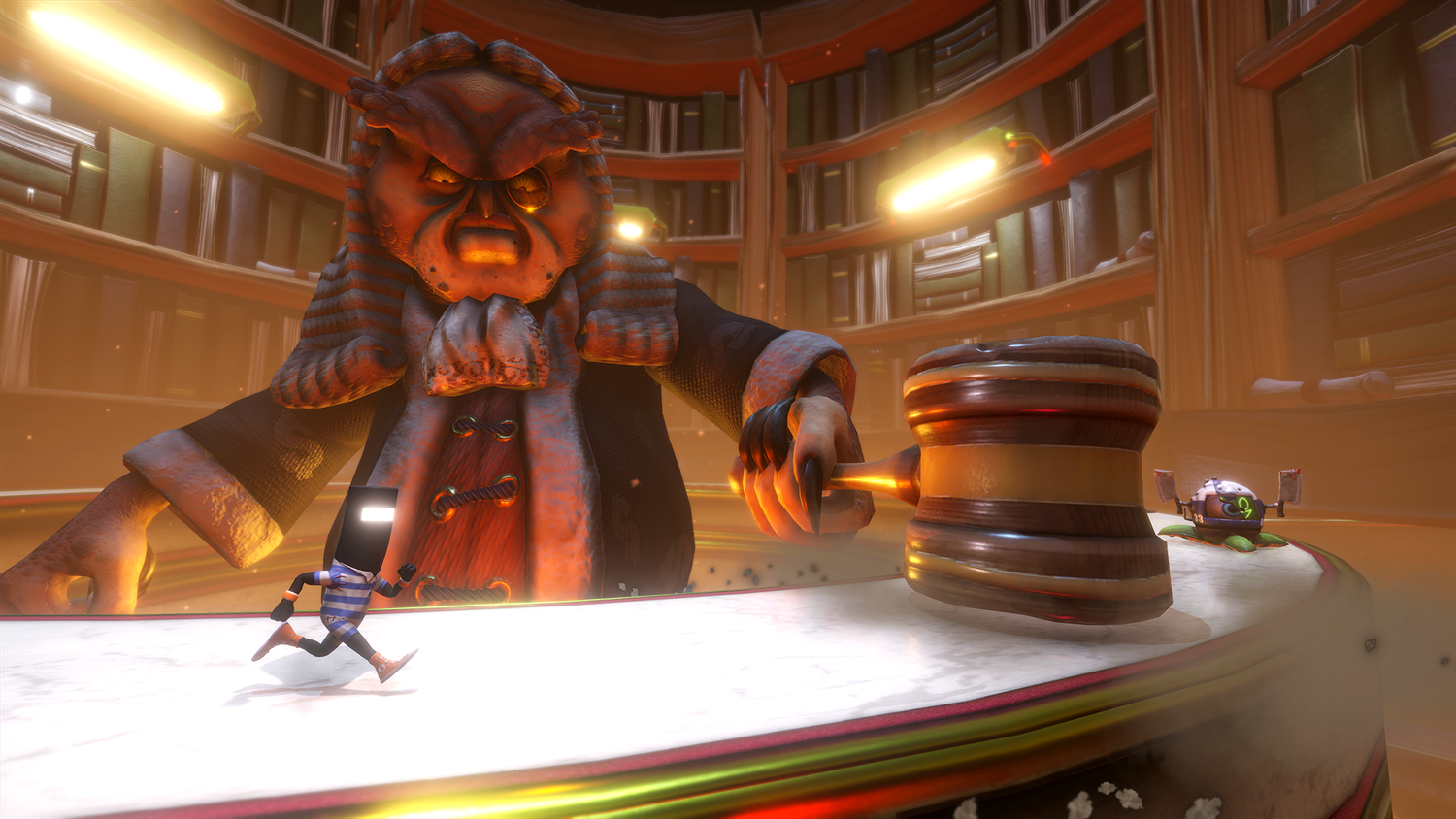 RUNNER3 is the third in a series of music platformers by independent developer Choice Provisions. The prior two games both had titles such as “BIT.TRIP RUNNER” and “Bit.Trip Presents… Runner2: Future Legend of Rhythm Alien”, while the third game simplifies this to “RUNNER3”.

RUNNER3 sees Commander Video, or Commandgirl Video, if you so choose, running through a variety of surreal stages, in a quest to pick up collectibles. Commander Video runs along on his own, and can jump, duck, kick, and double-jump, too. The level music and the sound effects work together in harmony. Commander Video can take different paths through the level if he so wishes, where he will find more collectibles.

RUNNER3 is all about unlocking more opportunities to get more things to collect; a perfect run through a stage (collecting all the gold bars) unlocks the “gem path”, containing a harder assortment of obstacles and gems to collect. Other alternate paths contain Hero Quests, where a hapless denizen of a stage asks for Commander Video’s help accomplishing a task, in exchange for a collectible. There is the occasional stage that requires a certain number of gold bars collected to unlock. There are also retro-styled stages, which present traditional, non-rhythmic platforming, and where Commander Video collects gold coins.

These gold coins, combined with the gems, act as currency for the cosmetic item shop, where Commander Video and Commandgirl Video can dress in different suits, hats, and capes. This would all be fine and good, but the game does its best to make the player earn their collectibles. 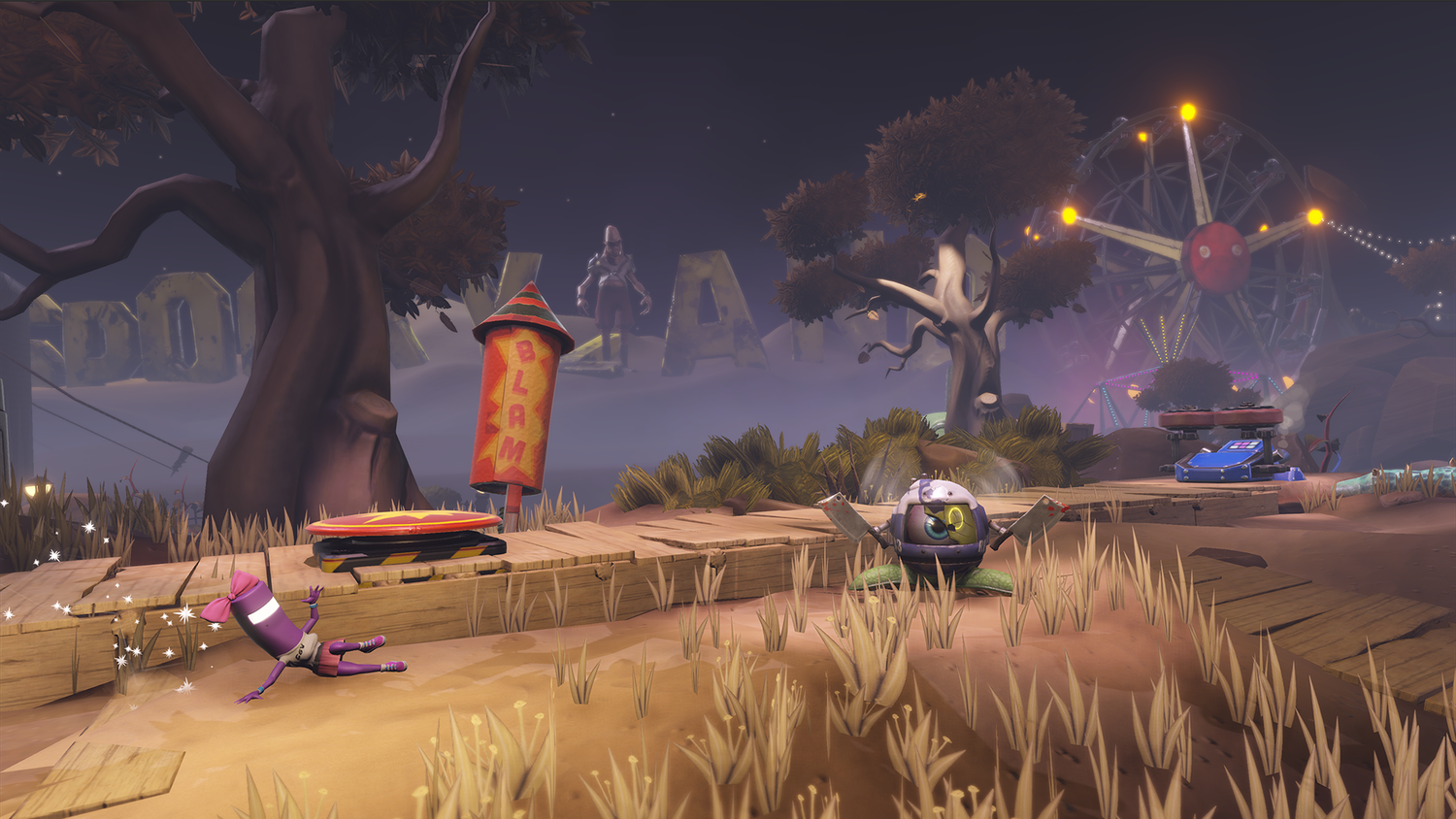 It’s clear that RUNNER3 is a challenging game. The game has the veneer of a breezy, fun platformer, but the platforming itself demands pinpoint timing to avoid obstacles and collect all the thingamajigs. Scoring well requires that Commander Video not only avoid the obstacles, but even attempt to clear a stage without using the sole checkpoint, and performing dance moves with the shoulder buttons as he runs along. Though, as will happen often, Commander Video will smack into an obstacle and return to the checkpoint, or the beginning of the stage. Commander Video’s greatest adversaries might as well be stairs, never mind the smiling robots and flying meatballs.

These whimsical obstacles, combined with the animated 3D backgrounds, further teamed up with the dynamic, zooming camera, put up as much of a fight as Commander Video could ever muster. The visual splendor is a delight, but often impedes the ability to see Commander Video’s path through the level. Some obstacles appear within half a second of Commander Video hitting them, requiring memorization to avoid them. The quality between level assets seems inconsistent, with some blurry texture work and jagged 3D background models.

Commander Video’s adventure features bouncy, charming music, which wouldn’t feel out of place in an animated film. Though the conceit of the game purports to be about Commander Video’s actions syncing up with the music, the game doesn’t seem to want to commit to this concept. The nature of the precision platforming is such that rhythmic platforming may result in failure, then requiring early button presses to clear an obstacle and collect a tricky collectible. The odd nature of the soundtrack along with the game’s sharp difficulty spikes could mean having to listen to the sound of what seems to be a dying chicken gurgle along in the background a dozen times in a row.

Choice Provisions wanted to amp up the silliness and the comedy in RUNNER3. Charles Martinet, of Mario fame, is the game’s narrator, and serves as a kindly, irreverent guide to the different kingdoms through which the two Commanders venture. The Hero Quests stop the running gameplay to serve up paragraphs of quirky dialogue before sending Commander Video on his way. These cartoony features are a sideshow to the running gameplay that doesn’t congeal, feeling like the developers poured a gallon of frosting over a serviceable pound cake. 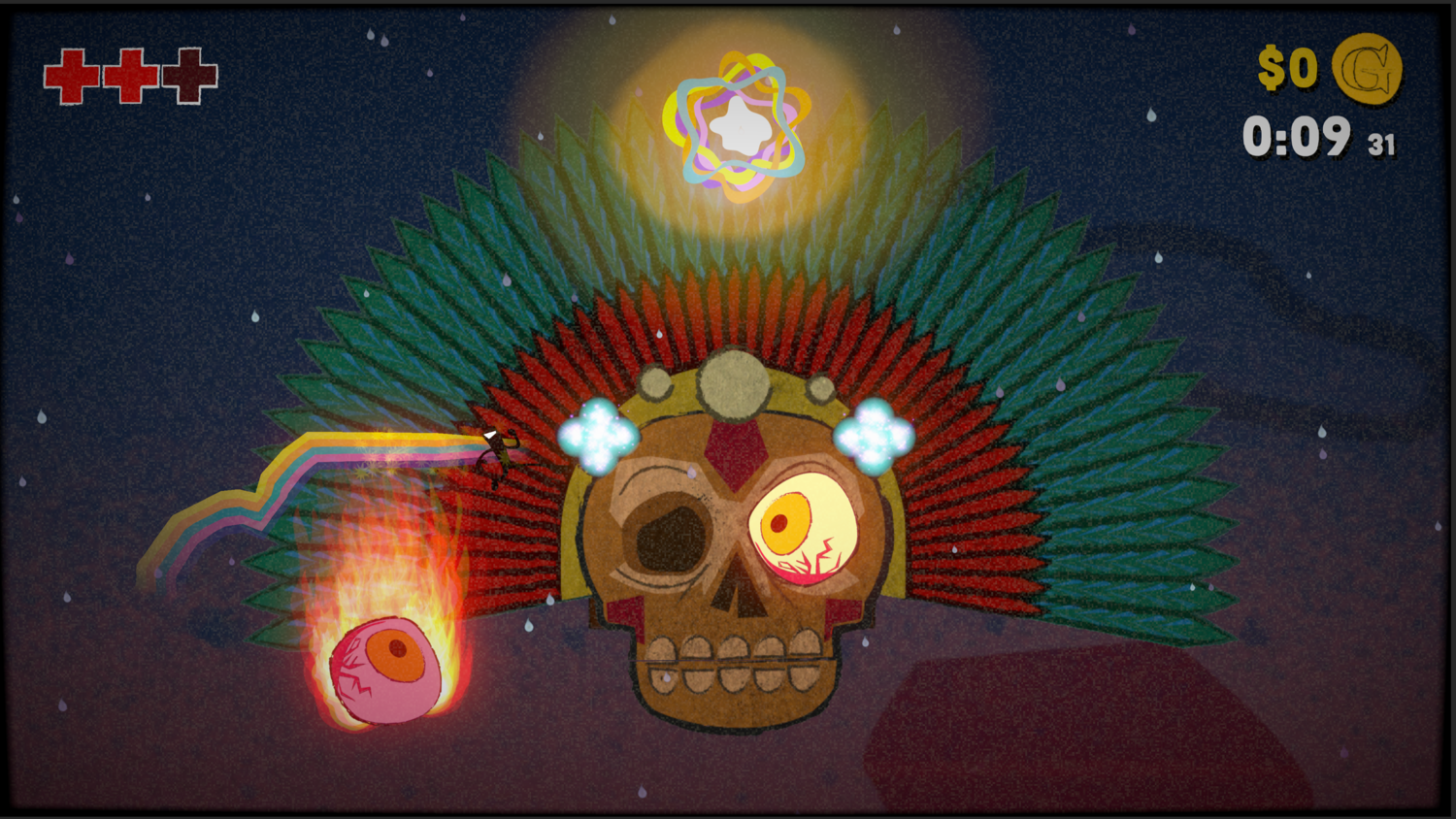 The Switch version of this game performs okay in docked and portable mode. The game stutters, and the backgrounds do not move in a smooth fashion at all times. It is a decent game for the platform, even with these performance issues.