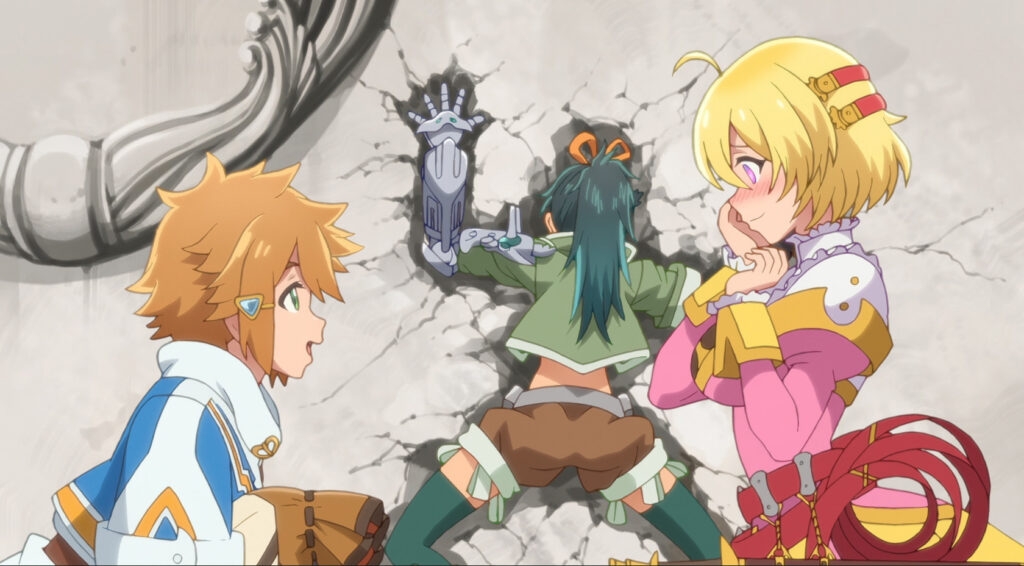 Suppose a Kid from the Last Dungeon Boonies Moved to a Starter Town? (Tatoeba Last Dungeon Mae no Mura no Shounen ga Joban no Machi de Kurasu Youna Monogatari) follows a young adventurer named Lloyd Belladonna who journeys from a small village to the big city. He’s looking to become the strongest he can be and decides to enroll into the military academy to get started. Although he considers himself the weakest person back home, he’s actually stronger than he thinks.

For the sake of this incredibly long title of a light novel adaptation, I’m just going to start calling this the Boonies anime. While not considered an isekai per se, liking this show depends on your acceptance of two hooks: Lloyd’s inability to gauge his own power level in the normal world, and the ulterior motives of the people around him. In a way, it’s similar to One Punch Man, where the focus isn’t necessarily on the overpowered main character, but the people he interacts with. 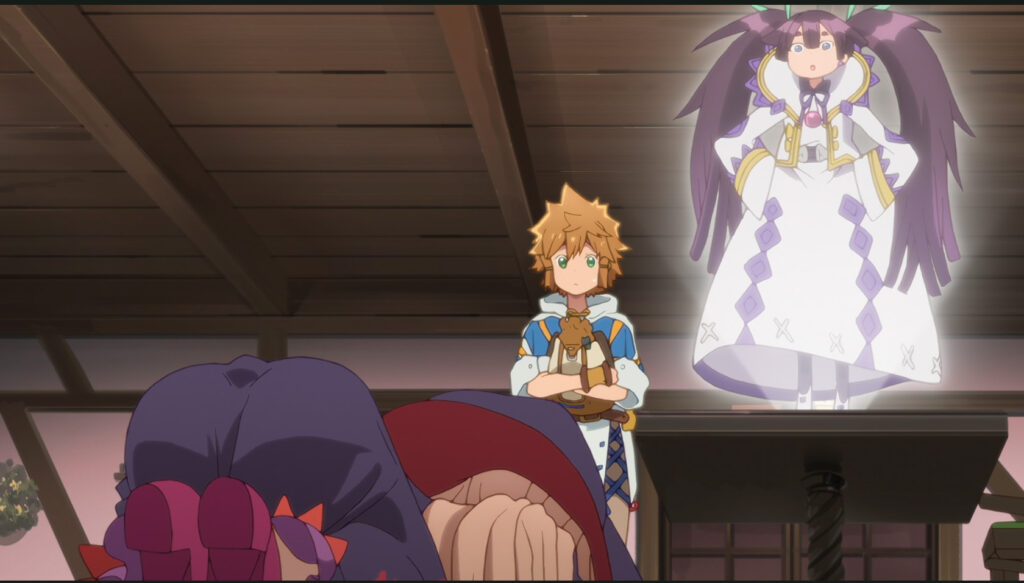 Episode 1 lays out the foundation for the anime’s comedy: fast quips, exaggerated animated motions, and some slapstick moments in between. Much of the humor is drawn out through the supporting characters’ reaction to Lloyd’s power. Take, for example, Lloyd helping to rid a curse befallen on a slightly unhinged girl named Selen. After he helps her, she quickly falls in love at first sight and develops a strong obsession for him in the name of destiny. Thus, this establishes her as this anime’s best yandere. Or consider the lone mercenary we’re introduced to named Riho Flavin, who puts on a brave facade in public, but is instantly intimidated by meeting Lloyd for the first time.

There’s also a funny instance when Lloyd’s elder guardian, Alka, transports to the city to meet up with Lloyd. Afterwards, she leaves a light curse on her apprentice, Marie the Witch, after calling her a ‘loli grandma.’ She soon starts to trip on herself and become more clumsy throughout the episode. Moreover, the episode is effective in setting up Lloyd to fail, only to show how he inadvertently helps others along the way.

While the Boonies anime may be a traditional fantasy series with a loose style of humor, it’s setting itself up as a not-so typical fantasy series in the same style as Konosuba: not taking itself too seriously in adventure and fantasy, but more on the comedy that compliments such genres. Despite this, we do get some glimpses in certain scenes that more serious threats may be on the way for Lloyd and company. 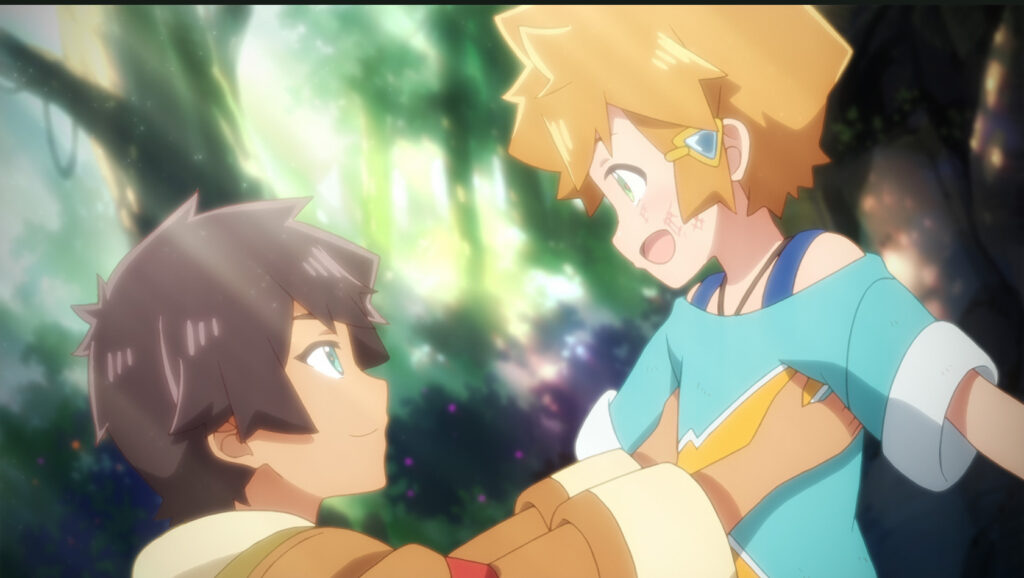 Lloyd’s failure comes in him not being in the position he wants after coming to the city. Unknown to him, some people behind the scenes are closely monitoring his mysterious presence and power potential. There are certainly some characters who want to take advantage of Lloyd’s otherworldly powers to use for themselves. I suspect we’ll encounter more antagonists like this in future episodes. Nonetheless, it’s made clear in the anime that Lloyd is forbidden from being involved in human conflict, as per the rules of his village. So perhaps him failing where he wanted to be was a sign, but that’s not going to stop people from wanting his power. Or in the case of Selen, wanting him for more perverted reasons.

I’d say, for the most part, the first episode leans more into the comedy side of things, which I appreciate because we’re just getting started into fully establishing the anime’s worldbuilding. However, I do get a sense that things may pick up in later episodes. The Boonies anime is looking to be a promising title I look forward to watching in my queue this season. I can’t wait to see where the story goes next and how Lloyd and friends will face off against stronger enemies.

Suppose a Kid from the Last Dungeon Boonies Moved to a Starter Town? is streaming exclusively on Funimation.