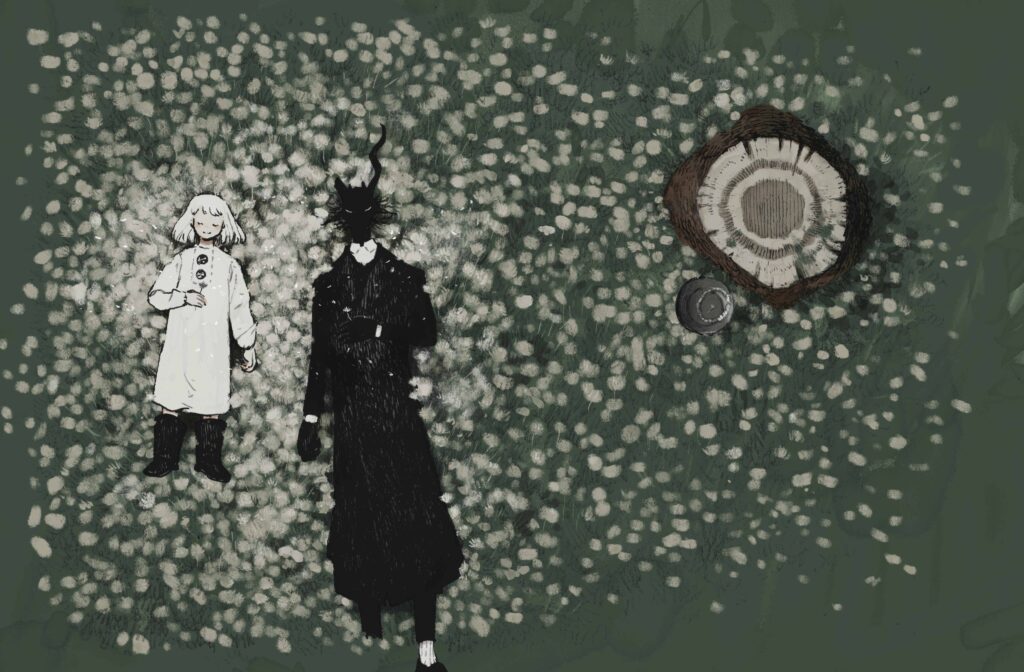 When The Girl from the Other Side: Siúil, a Rún (Totsukuni no Shoujo) first launched back in 2015, it was unfairly labeled by some as a ‘rip-off’ of The Ancient Magus’ Bride. Sure, the two series do share some similarities (a fairytale-like aesthetic, a focus on a pair of characters both human and otherwise) and were published in the same magazine, Monthly Comic Garden. But over the course of its six-year run, The Girl from the Other Side has managed to craft for itself a unique identity that deserves to be celebrated.

For the purposes of this review, volumes one through nine were consulted, as this is what was available in English as of the time of writing (volume ten releases on 17 May 2021). This leaves me in a bit of a pickle, as many of my criticisms revolve around such things as plot and characters, the likes of which could change drastically depending on how the cliffhanger from the end of the latest volume is followed up. Still, that doesn’t take away from the point that this is a manga with a very specific set of strengths and weaknesses.

No other manga out there reads quite like The Girl from the Other Side, and that’s for one good reason: series author Nagabe’s distinct visual style. I’ve honestly never seen any other artist that can create so much meaning and depth from darkness and shades of gray, to the point where some pages are almost entirely black. Even so, you can tell exactly who is who and what is going on where. If I had to draw a comparison, it would be with Hiroyuki Oohashi, who also uses simple shapes and bold colors to create striking compositions. 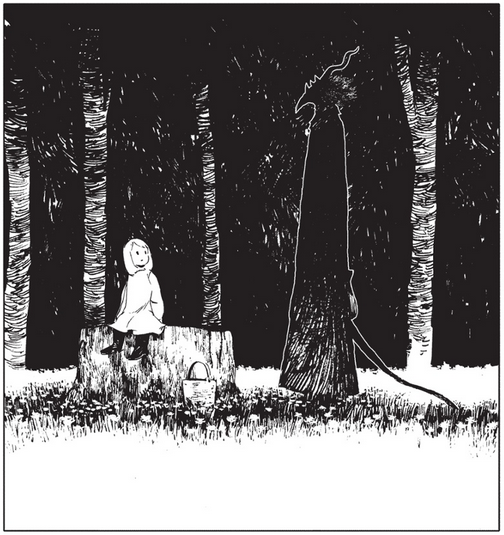 Unfortunately, this excellent artwork is backed up by a comparatively weaker story. That’s not to say that the story is bad per se, but that it doesn’t match up to the very high bar set by Nagabe’s illustrations: if there was ever a manga to read purely for the spectacle, then this is it.

The main characters of The Girl from the Other Side are a mismatched pair that instantly draw comparisons with the likes of The Ancient Magus’ Bride: Shiva and a mysterious ‘Outsider’ known only as Teacher. But this comparison can only really be made at face value: there’s no romantic dimension to the relationship between Shiva and Teacher, unlike Chitose and Elias. Instead, it’s more like the bond shared between father and daughter.

Given that Shiva is a six-year-old girl, the extent to which you will relate to her very much depends on your relationship with children. For my part, I don’t believe that kids develop a real personality until they’re at least 10 years old: at that age, they’re all nature and no nurture. As a result, the real emotional core of The Girl from the Other Side lied for me with Teacher: the world’s best supernatural dad.

Teacher’s main driving motivation is to protect Shiva, for reasons that become clearer as the story goes on. Herein lies the main tradeoff of The Girl from the Other Side: a relatively simplistic main character dynamic, but one that is backed up by a world full of mystery and texture. It’s also depicted beautifully, of course, by Nagabe’s art.

Some parts of The Girl from the Other Side’s setting (a world divided between an ‘Outside’ and an ‘Inside’ beset by a curse that turns people into monsters) feel derivative, drawing as much from Attack on Titan as they do the Grimm fairy tales of old. But what actually matters is not the surface-level elements of the world as much as how our characters navigate their way through it: uncovering mysteries, unraveling the truth, and attempting to protect themselves from attack along the way.

The chapter-by-chapter storytelling of The Girl from the Other Side is more than competent, utilizing cliffhangers and narrative tension well to become a bonafide page turner. It was absolutely no problem for me at all to charge through nine volumes of the manga for this review. Looking at it more broadly, however, the story can feel a little repetitive: Nagabe has the tendency to repeat the same ‘Shiva is being pursued, Teacher must protect’ narrative at multiple points throughout the series.

Luckily, this is something that can be fixed in WIT Studio’s adaptation, which is why I am looking forward to it. It remains to be seen, though, just how much of the manga it will cover: will it try to adapt the full story in a shorter space of time, or aim for a more faithful adaptation of a small part? My money’s on the latter, which would be a bit disappointing as the final volumes are some of the best. 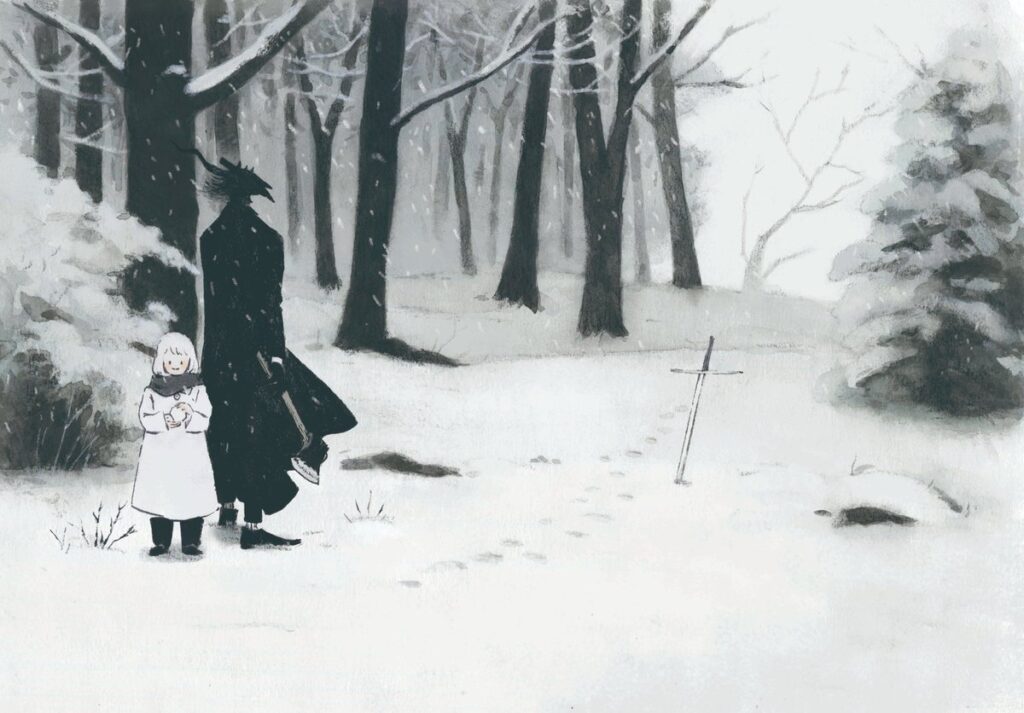 Early volumes are bogged down by the same back-and-forth formula, and as later volumes reveal more of the mystery behind the world and our characters’ pasts, the story becomes much more engaging. What surprised me the most is that it even delves into such thorny territory as the falsehood of religion and state conspiracy; for a series that appeared to be quite content with exploring a dark fairy tale world in a unique visual manner, this was unexpected.

The Girl from the Other Side has managed to craft for itself a unique identity that deserves to be celebrated apart and separate from its incidental contemporaries. It’s not the most game-changing of manga nor the most polished, but it is one that will surprise and entertain you with its distinct visuals and overall narrative. Of course, this is all just my personal opinion, but you should pick up at least a few volumes from Seven Seas Entertainment if you’re interested.