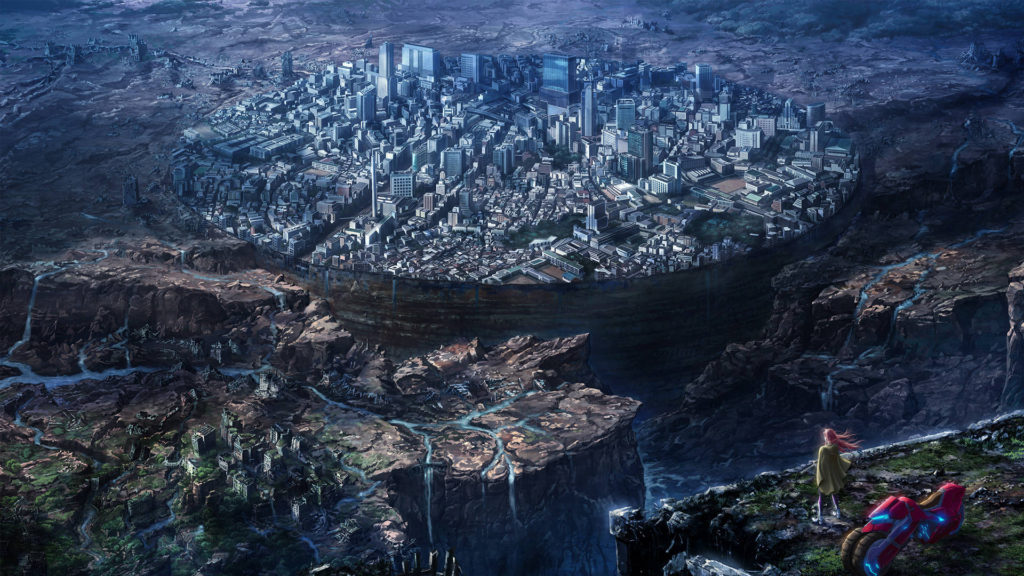 Announced today during Fuji TV’s +Ultra anime lineup reveal, Code Geass creator Goro Taniguchi has a new anime in the works with studio Shirogumi, Inc. Set to begin airing in the +Ultra timeslot during January 2019, revisions will tell the story of five students as they are ripped out of their daily lifestyle 500 years into the future.

Tackling the projects character designs will be Sunao Chikaoka, with series composition being handled by both Makoto Fukami and Taichi Hashimoto. From both the PV and visuals alone, it’s already clear that revisions is going to look incredible. Anime News Network provided a translation of the story synopsis which can be read below:

The series begins with a message: “This is a prediction. An extreme crisis will befall the five of you someday. At that time, you five will protect everyone.” Daisuke Dōjima is a second-year high school student who, as a child, was kidnapped. Daisuke, along with his friends Gai, Lū, Marimari, and Keisaku, get wrapped up in the mysterious phenomenon known as the “Shibuya Drift.” The central area of Shibuya rises up and is transported at least 300 years in the “future.” What awaits them is a vast wasteland and forest dotted with ruins. There, they will work with the future people “revisions” to operate giant mechanical monsters. Daisuke meets a girl named Milo, who has the same name as the person who kidnapped Daisuke. Milo informs Daisuke that he’s the only one who can operate the “doll weapon String Puppet” and protect Shibuya. Daisuke and his friends must take back the present by fighting the future in a town of isolation, against an unknown enemy.

With almost a year until we’re finally able to check out revisions, we’re sure there will be a number of updates and information revealed. We’ll be sure to keep you up to date as that information surfaces. If you’re interested in delving a little deeper, you can head over to the official website for more information.