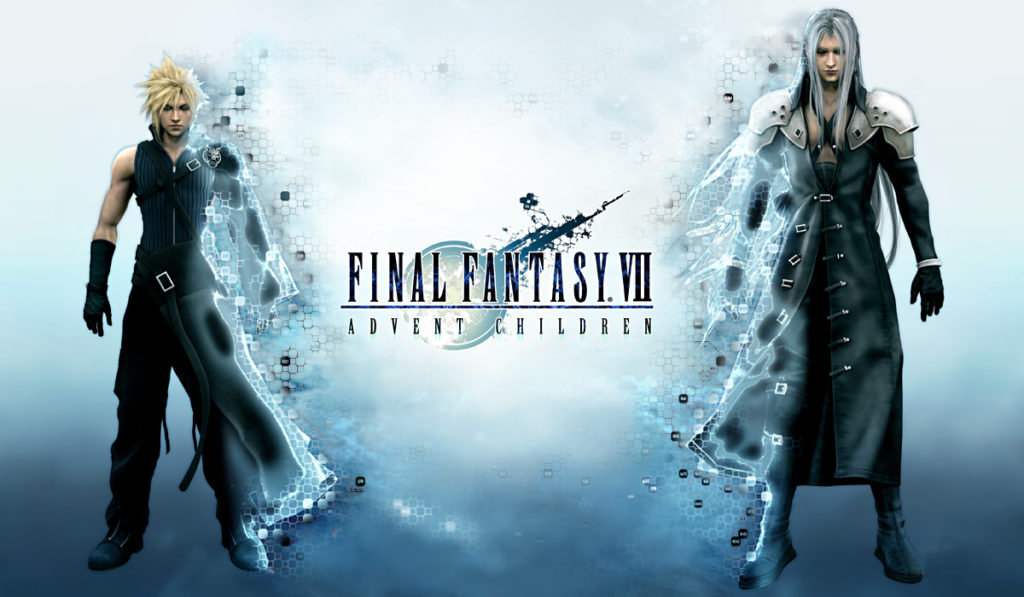 April 10th can’t come soon enough. As the corona pandemic isn’t letting up in much of the world, we’ll settle for any distraction we can get from the bad news and the monotony of being cooped up indoors. Delayed time and again, we’re almost grateful now that Final Fantasy VII Remake is coming out now instead of a few weeks or months ago because we all deserve some reprieve from the madness. Yes there’s Animal Crossing but with some players having already quickly passed 100 hours of in-game time spent, we need something else to mix it up with. Still a few days away from a time where we can all once again run around Midgar with giant buster sword in hand, I decidedly to gamble my time away and see whether or not there was any blood left to squeeze from Final Fantasy VII: Advent Children. 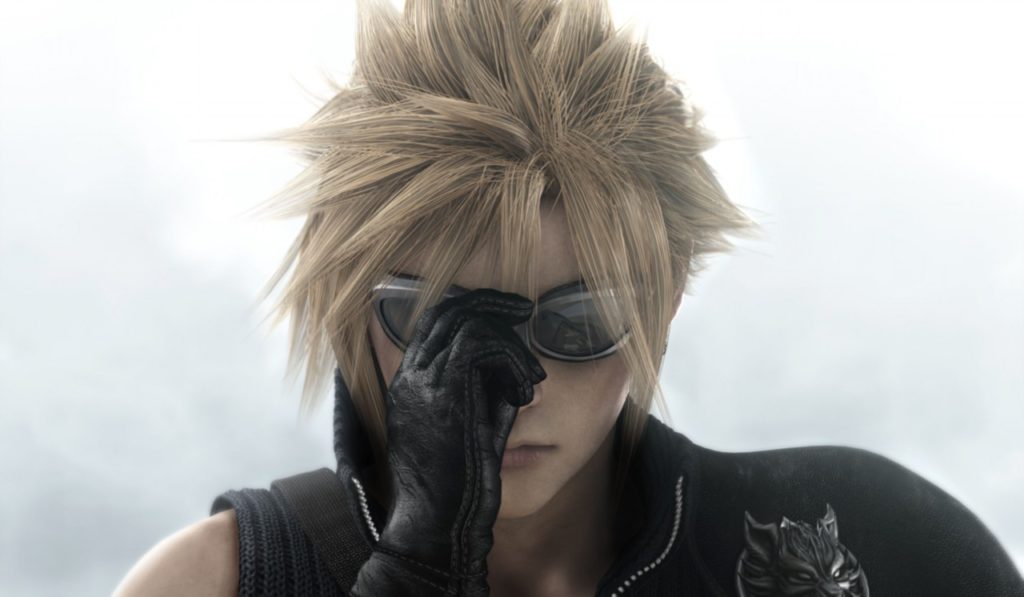 A quick primer for those who missed out or more deliberately choose not to remember; Advent Children was the first big effort by Square Enix to recapitalize on the game-changing wonder of Final Fantasy VII. A high budget CG film sequel to the game directed by long time Final Fantasy art contributor and Kingdom Heart’s helmer Tetsuya Nomura himself, you bet your ass the majority of fans were into the mess and the film did numbers in home video sales. After it’s success, Square Enix dipped their toe into making FF7 spin-off games. Most fans welcome the Zack Fair lead Final Fantasy VII PSP prequel Crisis Core but Vincent Valentine centered third-person shooter Dirge Of Cerberus didn’t fare so well. From then on, the spin-offs stopped materializing and with the announcement of FFVII R in 2015 they’ve become all but a forgotten part of Final Fantasy history.

I’ll confess right away that I actually rewatched Advent Children more recently than most have. In 2017, after being underwhelmed Final Fantasy XV Kingslaive, curiosity had gotten the better of me and I wanted to see how this would fare. Upon that rewatch, I found myself surprised by how much the CG still held up; Aside from some of the facial animation, Advent Children does look good. At that time I was particularly critical about the work ‘as a film’ which, while not too bad, left a lot to be desired. As a teenager, I loved the movie and watched it more than a few times, despite not having even played the game to completion until I was in my 20s. I remember thinking after that last rewatch I’d have no reason to revisit the movie again, but desperate times call for desperate measures. No, I’m not desperate enough yet to rewatch Final Fantasy The Spirits Within but I’m getting there.

Notice how I said my biggest complaints with Final Fantasy VII: Advent Children were of it ‘As A film’. That was 2017, a relatively much more innocent time where we were only a couple months into the Trump presidency and the Nintendo Switch hadn’t yet turned us back all into children. Now we’ve somehow made it spring 2020 and with pandemic and all, we’ve earned the right to through conventional logic out the window. The biggest thing I learned during my 2020 pre-remake rewatch of the Final Fantasy VII film sequel is that there’s no reason to think of it ‘as a film’ at all. Doing so does the movie and yourself a disservice. 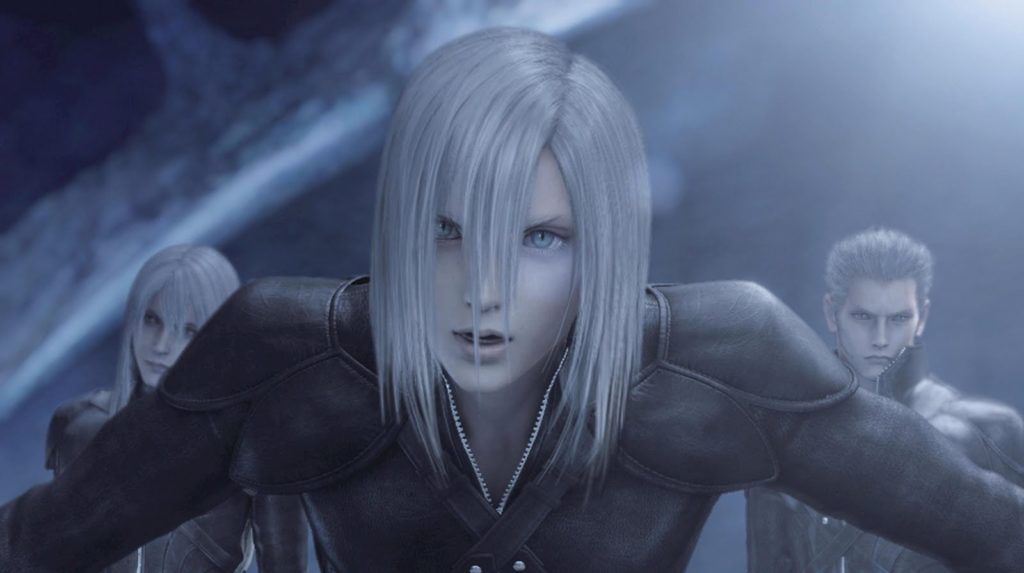 First and foremost Final Fantasy VII: Advent Children is a Final Fantasy experience. The film doesn’t need to be, nor did it ever aim to be, the next Akira or Princess Mononoke. Even comparing to other CG films of the era, it lacks some of the emotional nuance the best of the 00s run of Pixar films. Instead of focusing on what the ‘film’ isn’t, the Critics Mistake, let’s talk about the one thing it has in spades. There’s one key factor found within the very fabric of Advent Children that makes it stand apart from your Ghost In Shells, your Wall Es, and your Spirited Aways; From start to finish, the film is one condensed dose of peak Square Enix melodramatic magic and capital c Cool.

Basically, Advent Children is a stitched-together series of Playstation 2 era Final Fantasy FMV cutscenes and that’s what’s so good about it. Who the hell needs a compelling narrative when  you have this concentrated shot of Square Enix and Tetsuya Nomura Cool Japan creativity with 100% of the budget going towards looks? Cloud is out there running around with a single long black sleeve and riding a slick motorcycle that houses ALL OF HIS BUSTER SWORDS! You have three mini-Sephiroths who basically come together to form the real Sephiroth like Voltron who then, inspired by his Kingdom Hearts design, flies around with one gigantic black wing. The two fight running up and down the sides of falling buildings, throwing out dorky lines like ‘I will never be a memory’ while trading blows with their oversized swords. I mean seriously, why did you ever get into Japanese pop culture if it wasn’t for stuff like this? 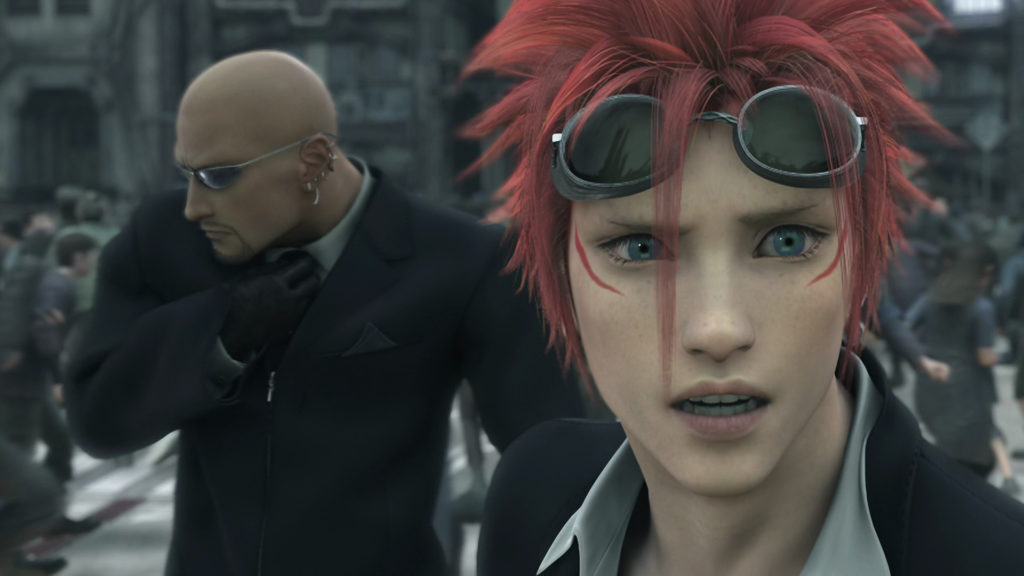 The movie doesn’t fail at being the exact right kind of Final Fantasy VII fan service either. While not as extreme as Cloud’s make-over, just about every in the main cast gets a slick black leather and zipper inspired Nomura outfit improvements. More than that, even some of the game’s side characters make decent appearances with Reno and Rude playing up the comic relief pretty successfully, showing that the film is more aware of its own ridiculous self-parody than I’d ever thought when I was younger. Cloud and Vincent Valentine have a melodramatic conversation in some aesthetically pleasing crystal caverns and the main sephiroth clone, Kadaj, has a sword with two blades on the same hilt making the Advent Children stand-alone character fit right in with the returning cast.

Even the music gets turned up to eleven, with Nobuo Uematsu coming back to make some, particularly over the top alterations to his own soundtrack. Ever wanted to hear ‘One Winged Angel’ with extra chanting and some gloriously cheesy guitar riffs thrown in for extra measure? Advent Children has it all, though that does give it some drawbacks even on its own turns. Being an extremely in your face movie, the type of charm here is different enough from the game’s nuanced atmosphere and refined tone. Cloud’s character is certainly less three dimensional this time around but 90 minutes of exposition versus a 40-hour games’ will naturally result in some sacrificed complexity. Really though how was any kind of sequel to FF7 ever going to stand up against the original? A fool’s errand thinking it would, and again, best to enjoy the movie for what it is.

If you put your blinders on and allow yourself to enter the slick Motorola Razr looking world of Final Fantasy VII: Advent Children, it becomes clear that a lot of care was put into the film. Not just talking about the designs, but the entire visual language of the movie is wholly unique; A Square Enix cutscene turned into a living breathing world. One being attacked by the GeoStigma disease, weirdly paralleling our corona crisis, so there’s still a lot of grey and ruin to be found in it though Midgar’s citizens still do their best in it. There’s still something mesmerizing about seeing the iconic Bahamut get owned by Cloud in the gang in beautiful 2004 high budget movie quality CG. In fact, the fight choreography is pretty inspired all around making the entire film a baseline entertaining watch, whether the gang is fighting off a giant dragon or when Tifa gets into a John Woo style fistfight with a Sephiroth clone named Loz. 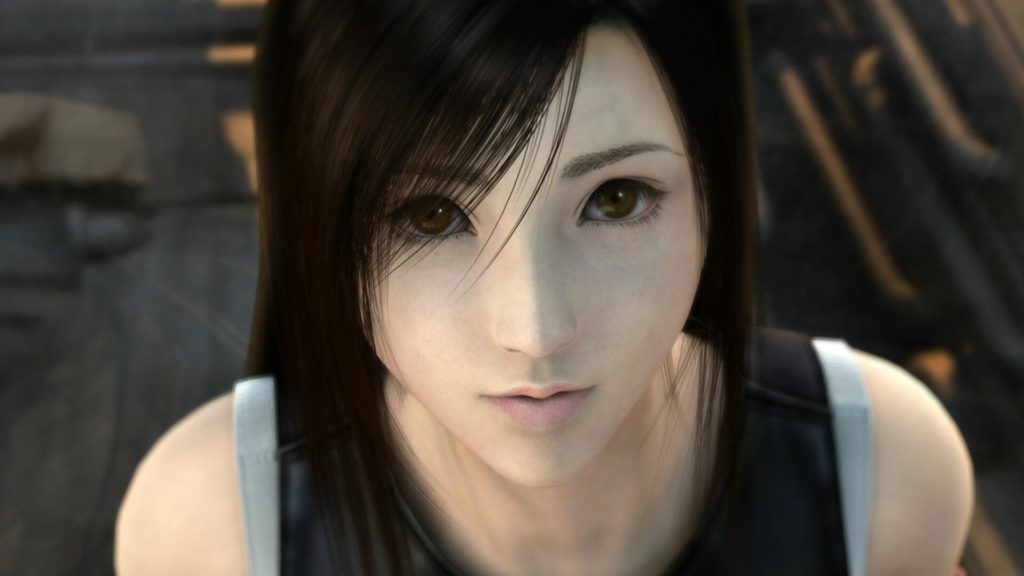 Advent Children doesn’t replicate what was so poignant about the late 90s Playstation 1 Final Fantasy games, but it does 100 percent capture what was so magical about the Square Enix’s melodrama twinged Playstation 2 run of games. It’s a film that, even now will hit right if you were as susceptible to the sweltering idiot magical of Kingdom Hearts opening cutscene as you were to Cloud’s story itself. It’s certainly a movie of its era and, despite being directed by the exact same man directing Final Fantasy VII Remake, I’m not sure how it fit tonally with the all-new 2020 version of the game. That said if you’re trying to see what might be the most carefully ridiculous animated movie ever made, fire up that old Advent Children Complete Blu Ray.