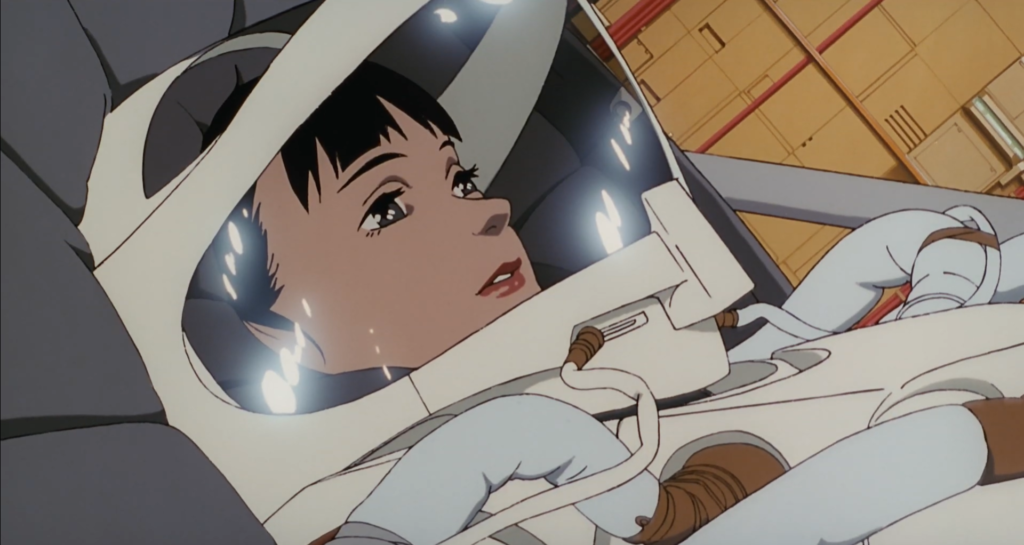 It was just yesterday that I found myself sitting in the seats of your average North American theater. It had been a minute since I’d last visited my local cinema, but there was something special going on that I couldn’t ignore — Satoshi Kon’s masterpiece Millennium Actress was undergoing a limited-time screening. I sat down as the pre-roll began to fill the screen, ads for the likes of this years ‘Ghibli Fest’ and companies like Right Stuf adorned the screen; this was definitely not your average film screening. Yet, before the flick was able to begin, I felt a slight tap on my shoulder, “Hey, I think you’re sitting in my seat”. Quickly glancing around the cinema, there were maybe five or six other people in attendance, but I saved myself the ordeal and just slid myself over a few; “Thanks. You a fan of Satoshi Kon?” they continued, “Did you happen to have a chance to see last year’s Perfect Blue screenings?”. Before we could get too into details, the film’s opening interrupted.

While this wasn’t much of a conversation, it did leave my thinking all the way through until the credits rolled — even with Millennium Actress’ hallowed creator Satoshi Kon passing away almost 10 years ago, the fact that his legacy could instill such a face-value sense of comradery amongst even the most isolated of anime fans must really mean something, right? And if that alone counts for something, can we share the same long-lasting feeling of compassion towards his filmography such as Millennium Actress?

Well, to put it bluntly, Millennium Actress is a masterpiece. That’s it, that’s the whole article. Not only does Millennium Actress still hold up a whole 18 years after release, but I’d dare say I got more out of this screening than any other screening before this. Historically, at least within my teenage and college years, it ranked around the bottom of my favorite Satoshi Kon movies. That’s not to say it was bad; the worst Satoshi Kon movie is still better than the vast majority of anime films. However, I never felt it had the tension of Perfect Blue, the surrealism of Paprika, nor the straight-forward joy of Tokyo Godfathers. Over the years I watched it a couple of times, but it was definitely the Satoshi Kon film I revisited the least, and it had been close to 10 years since I had last seen it. Walking away from this screening, I now know that I was wrong. Not just that, but all these years I had been doing myself a massive disservice.

Millennium Actress, in all of its 87-minute runtime, is a lot of things. Simply writing it off as a ‘love letter to Japanese cinema’ or ‘a masterwork of animation’ wouldn’t quite do the title’s endgame justice. The film presents itself through the lens of Chiyoko Fujiwara, a former actress who enjoys the twilight years of her life in solitude. Pulled out of this comfort zone, Fujiwara is met with two aspiring documentarians who come bearing a gift for the former actress. What follows is a slip through the life of the actress, blurring the lines between stage and reality as both Fujiwara and the documentarians are taken on a trip down memory lane. 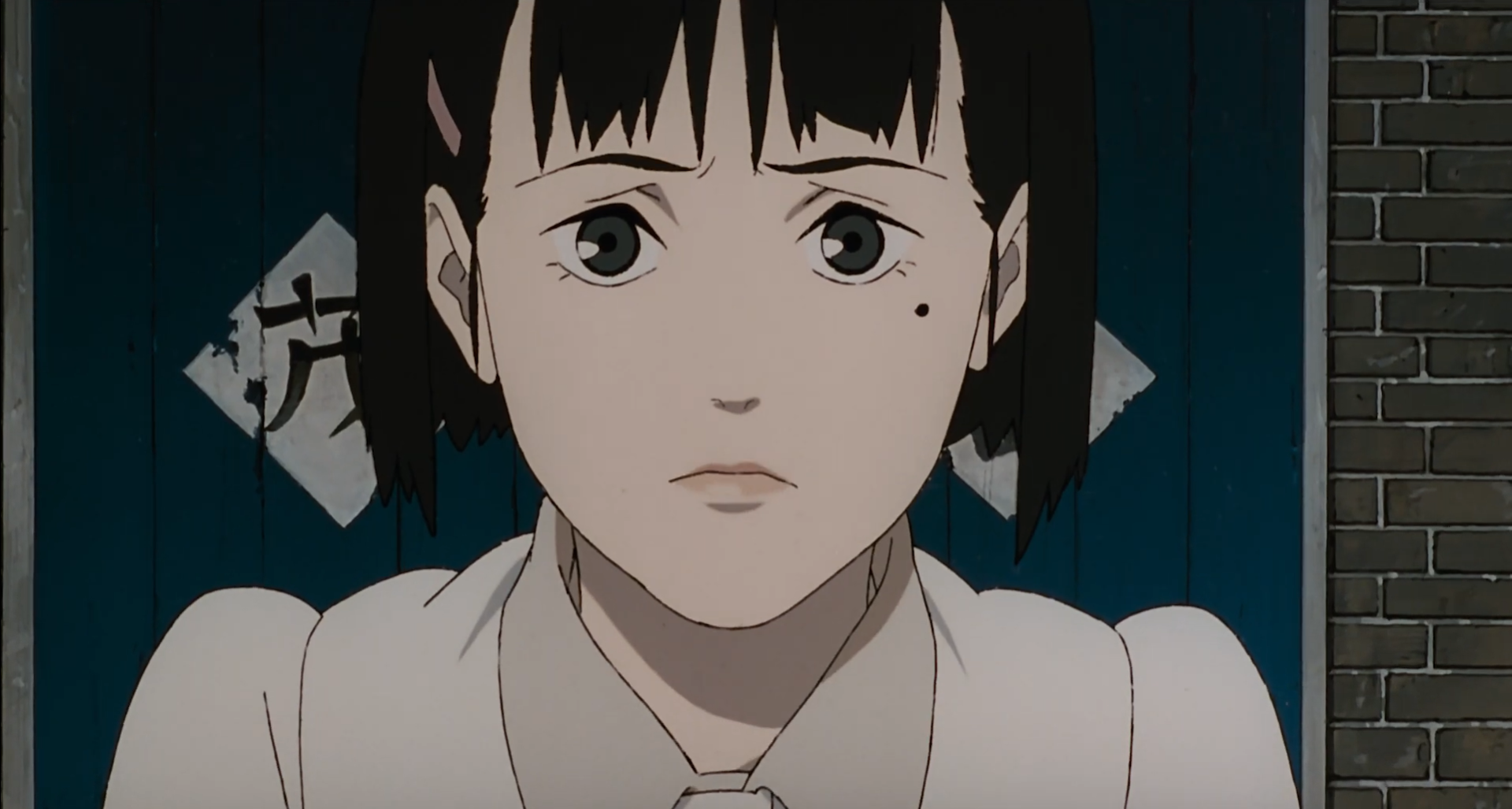 In my books, there are perhaps only two-or-so anime films as sublime as Millennium Actress; those being Mamoru Oshii and Isao Takahata deep-cuts like Patlabor 2 and Only Yesterday. Seamlessly capable of navigating between past and present, reality and film, Satoshi Kon relays a story that, while small on paper, finds its significance in the way it is expressed. The team that Kon brought together at Madhouse put together a finished product that shines as bright as all else, even if it lacks the wildness of his other works. For Satoshi Kon, it’s obvious that both scenery and stage transitions have always been his strongest point. The way the film can leap from Edo period Japan into a rocket headed towards the moon, all without ever feeling abrupt, really speaks volumes about the director’s prowess.

Though as strong as Satoshi Kon’s technical skills are as a director, and how effectively he’s able to showcase his visual imagination, we’d be remiss if we didn’t talk about the heart of Millennium Actress. I started this article discussing my interactions with another small town cinemagoer and how, even if only for a second, we were able to bond over the stories that made up Satoshi Kon’s legacy. Akin to how we were able to recall the stories that Kon had shared with us, the scenes that fill Millennium Actress don’t feel like flashbacks; filled with approximations showcased through the films that Chiyoko lived, it never feels like you’re witnessing the events of the film occur, rather, you’re being told a story as though you were living the documentary. 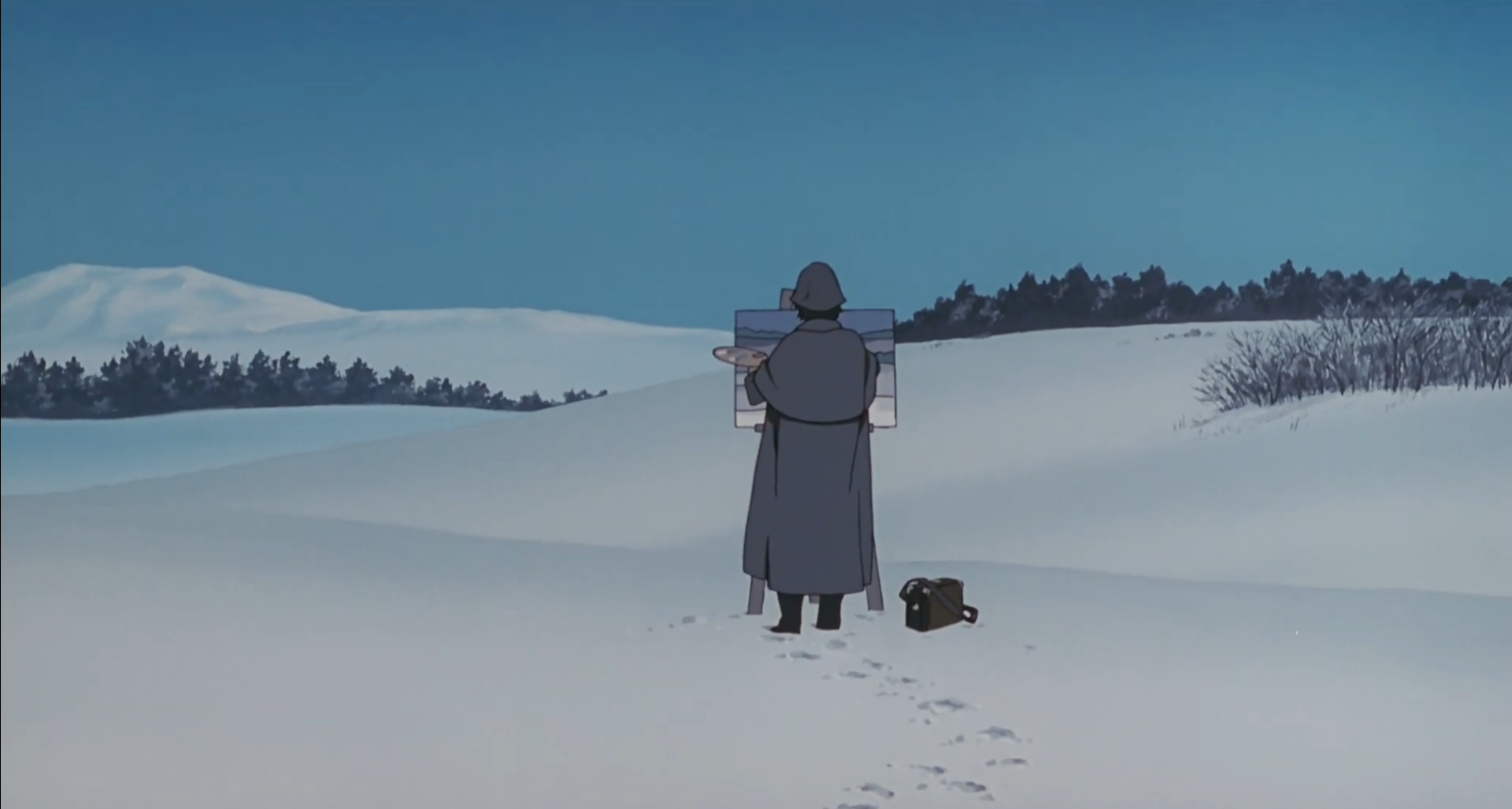 In my recent viewing of Millennium Actress, there was one scene that really stood out to me more than it ever had in the past. While only lasting a few fleeting seconds, the scene did an excellent job of portraying the intimacy, humanity, and even the humor of the film in full effect. As one of the recollections finishes and the characters are brought back from the bygone era of Chiyoko’s career, you see both Chiyoko and the documentarian in full earnest still acting out the scene they were just involved in from the comfort of their seats at home. The elderly Chiyoko and the bumbling documentarian are so lost in conversation that, even just for a moment, the past really does overtake them. There was something just so charming about this small human moment that I couldn’t help but feel a lasting impression.

I’m beyond grateful that I had the opportunity to see Millennium Actress in cinemas in the year 2019. Though, as I’m sure every article being raced out to coincide with the occasion will mention, it sure does make you miss Satoshi Kon something fierce. Taken at age 47 due to pancreatic cancer, you can’t help but wonder just what marvels he could have graced us with had he been able to live a longer life. Lest we forget the still-unfinished film he had been working on prior to his passing which will, unfortunately, never see the light of day.

With that being said, I’m glad that a whole 18 years after its initial release, Millennium Actress is a film that has only gotten better with age. If there’s a screening near you, I simply can’t recommend it enough. Millennium Actress screened on August 13 and is set to screen again on August 19, 2019 thanks to the team at Eleven Arts. For those interested in checking out additional information, be sure to head over to the film’s official website.