Revisiting One of the Best Maid Animes Around, Maid Sama! 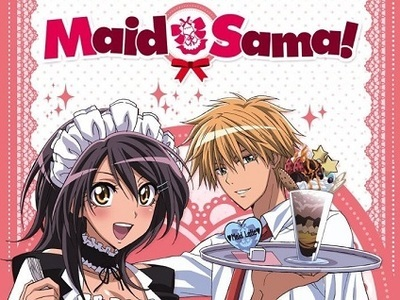 Although the imagery of the French Maid has floated around Japanese culture since the 70’s and 80’s, the first maid club was started as a marketing ploy for the 1998 game, Welcome to Pia Carrot!! In 2001 Cure Maid Cafe was the first of many maid cafes to open and the increase in maid themed manga and anime only continued. Cut to the emergence of Maid Sama! or Kaichō wa Maid-sama!

With the manga running from 2005 through 2013 and the anime series airing in 2010, Maid Sama! came out right at the crest of the maid trend in anime. In 2019, Forbes writer Lauren Orsini started a series of articles listing the ten best anime series from every year of the past decade. Starting off her list for the 2010 to 2011 time period was none other than Maid Sama!

With the series entirely available on Netflix and elsewhere, it’s definitely a good time to look at what it is about Maid Sama! that makes it one of the best animes of the decade.

From Kaichō wa Maid-sama! the Manga to Maid Sama! the Anime

Kaichō wa Maid-sama! or “The Class President is a Maid!” in English, started off as a serialized manga in the monthly shōjo magazine, LaLa, back in 2005. Eventually getting published as 18 volumes, the series would end in 2013, three years after it was adapted into a 26 episode anime series in 2010.

The series would be followed by an OVA released in 2011, with no announcements that a second season would ever be developed or released.

Maid Sama! is the sort of series blessed with a title that lays out the story’s premise nicely. The class president is in fact a maid. Though, as with any good series, things are never quite as simple as that. 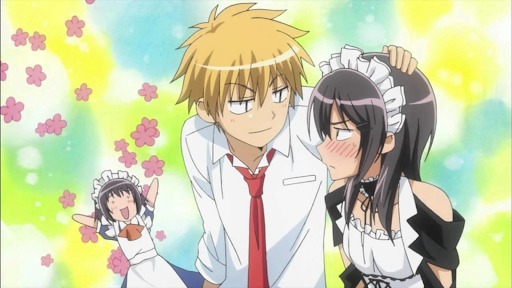 The main character is studious Misaki Ayuzawa. As a female student at Seika High, a formerly all male-school with a reputation for its rowdy students, Misaki works really hard to make the environment more positive for her fellow female students. Due to her hard work and devotion, it doesn’t take too long for Misaki to become the first female student body president.

However, despite her success at school, Misaki’s homelife isn’t as stellar. With a sick mom, a sister to help look after, and a ton of debt left behind from her father, Misaki has to work as a hostess in a maid cafe in order to make ends meet. To further complicate things, Seika High has a strict policy forbidding students from having a job.

It doesn’t take too long before one of Miskai’s classmates finds out her secret. That classmate just so happens to be Usui Takumi. As it turns out, Usui is one of the popular guys at school, excelling in almost all subjects, he’s the subject of numerous crushes from his female classmates.

Usui keeps her secret, frequenting the cafe, and as might be expected the two start to fall for each other. Of course, nothing is ever that simple. Usui is the illegitimate child of a British noble family and with school transfers, moving to different countries, and friends from the past popping up to challenge their love, Maid Sama! finds plenty of hurdles for the two to overcome.

The anime series and OVA were both directed by Hiroaki Sakurai. Sakurai has directed such anime classics as Cromartie High School, Nanaka 6/17, The Disastrous Life of Saiki K, and more. 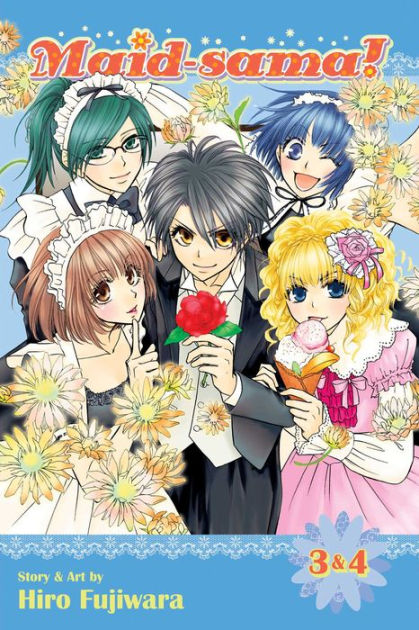 As mentioned previously, Maid Sama! is considered by some to be one of the best animes of the past decade. In her listing, Orsini notes how Maid Sama! has “Clever comedy with snappy delivery keeps this show sharp even ten years later.” And She’s not the only person to appreciate the series.

Some critics have noted that the series may have a reliance on tropes and an overall lack of depth, but still find the series to be entertaining with charismatic characters. Others have appreciated how the series resists indulging in fanservice, despite the maid premise, due to the the show’s target female audience as a shōjo.

Overall, fans have high regard for Maid Sama! as a prime example of the popular maid-centric manga/anime series of the 2000’s. In fact, many fans still hold out hope for a second season, especially considering the single season of the anime came and went before the manga series reached its eventual conclusion.

Unfortunately, given the time that’s passed since the series originally aired, it’s unlikely that a season 2 will be forthcoming any time soon.