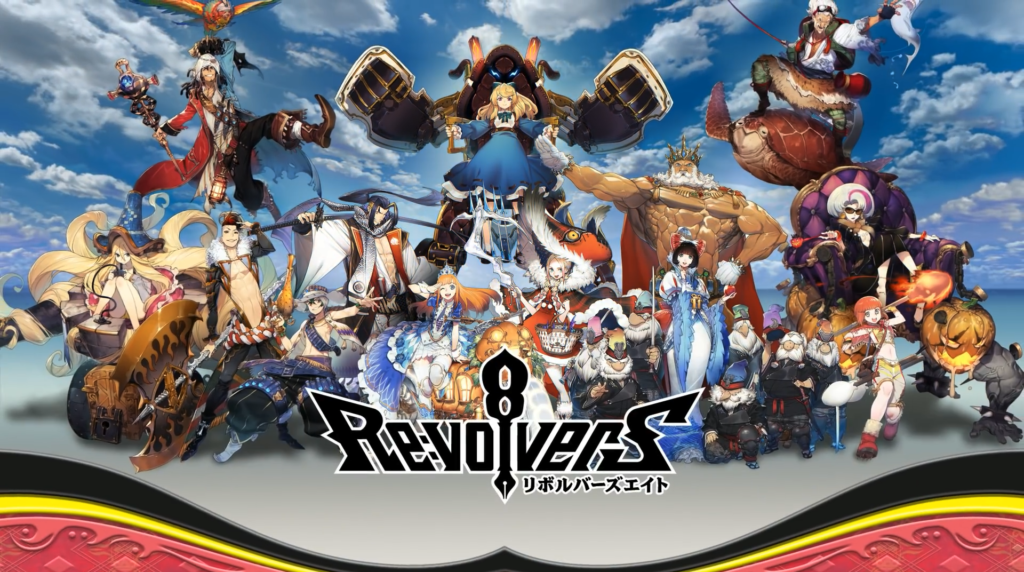 While many may scorn at the thought of mobile games, their popularity, especially in Japan, can’t be understated. It was only recently that it was revealed that Fate/Grand Order grossed more on mobile than any mobile game in the world in 2018, despite it almost exclusively making this money in its native home of Japan. It’s no surprise that many of the major publishers in Japan have jumped into the mobile sphere and many big names within the industry are lending their hand to mobile projects, as could be seen when SEGA announced that Koji Igurashi and Yakuza producer Masayoshi Kikuchi would be working on a brand new real time strategy game for mobile devices called Revolvers 8.

With Kikuchi producing the title and Igurashi handling character designs, alongside the help of other big names like Chrono Cross composer Yasunori Mitsuda and Fate/Grand Order character artist Ryota-H, there’s a lot of talent behind this exciting new mobile project. Following a closed beta and a drip-feeding of information ever sense its reveal in October, the game is finally set to be unleashed to the general public. A staggered release has been planned, with a soft launch of the title in 11 countries on January 17th, including Australia, New Zealand, Indonesia, Malaysia, Philippines, Thailand, Singapore, Vietnam, Taiwan, Hong Kong and Macao happening first before the game will officially launch in Japan on January 22nd. The game will then launch widely internationally on February 5th, in over 100 countries including the United States, Canada, the United Kingdom and more.

Players who pre-register on the game’s official website will be eligible for a range of goodies to boost their accounts once the game launches. With the range of talent behind the project, this could be a mobile game worth checking out.