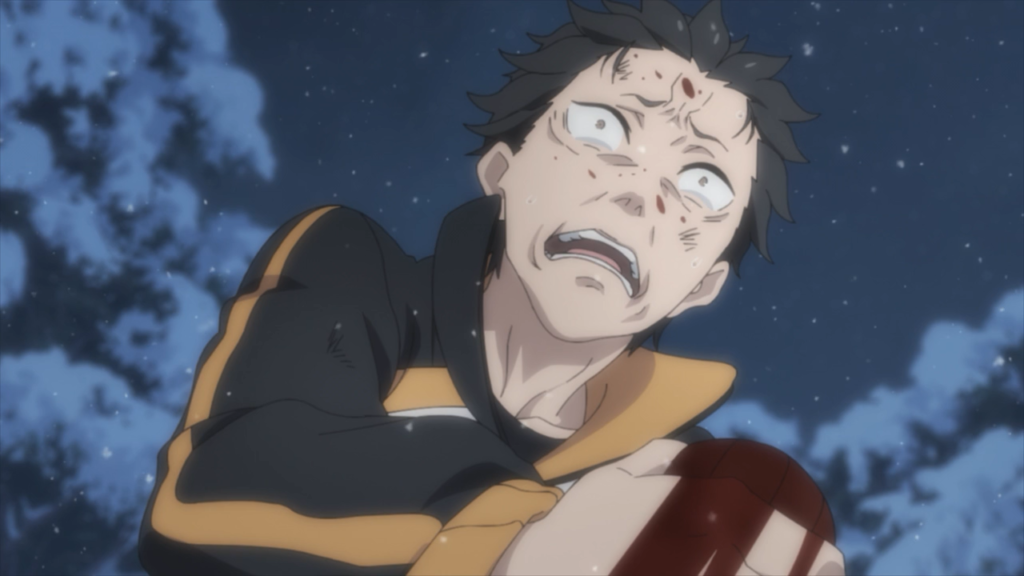 While it would be easy for an anime that removed the risk of death from its protagonist to fall apart or become repetitive or boring, part of the reason Re:Zero has been so successful is through its constant reminders about the consequences of removing that risk. By removing that risk of death and acquiring knowledge and pain through constant repetition, you learn more about the world and gain the power to change and shape it, but you lose your connections with everyone around you. The best episodes of Re:Zero in both season 1 and season 2 have emphasized the loneliness and consequences of what is, in theory, an unstoppable magical power, and that is once again seen here with Re:Zero episode 33.

The last few episodes of Re:Zero have been trapped in the same endless loop. Ever since Subaru successfully cleared the first test in the Sanctuary, he’s been focused on leaving to save the lives of Rem and everyone back at the mansion due to an unexpected attack. Getting out under the watchful and suspicious eye of Garfiel has been a stumbling block in executing that plan, while another issue has been his inability to handle the unpredictable attack without dying at the mansion once he finally arrives. 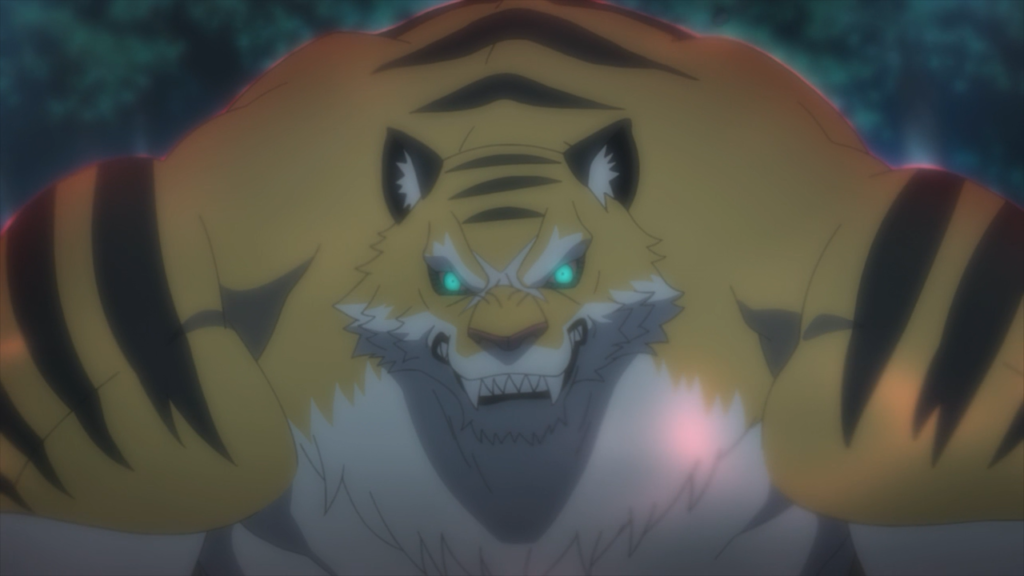 It must be done, though, so there he goes. Repeating the same few days, again and again, the world oblivious to his repeated attempts to change the course of the world and his constant, lonely encounters with death. There’s hope this time, with Otto having saved Subaru from 3 days trapped in jail and Ram at their side, that they can make a difference.

And it’s the moments where there’s a flicker of hope where the pain and loneliness hit most. Garfiel has caught wind of their plans to escape and he is livid. We’ve already witnessed how Frederica can transform themselves, and Garfiel showcases his ability by attempting to stop Ram, Otto and Subaru by turning himself into a fierce tiger-like creature and attacking the group. Even as Otto and Subaru attempt to escape as Ram holds him off, it ends up failing as all but Subaru are killed. He falls unconscious and, upon waking, he finds that winter has arrived and everyone has left the Sanctuary. He tries to piece things together but is gruesomely eaten by horned bunnies with little in the way of answers. 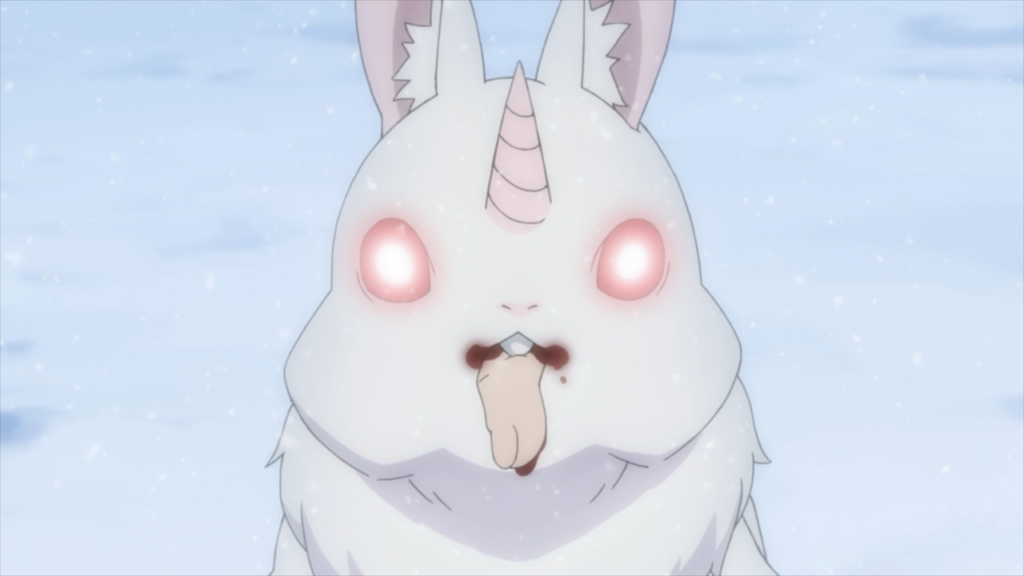 And in comes the despair. Once again, Subaru has failed, died, watched his friends die, and only he can remember. After witnessing these characters we care for just as much as Subaru suffer and fall, we share in this despair as we enter one of the bleakest moments of this newest season so far. This routine is admittedly familiar, but where it diverges in a rather interesting direction is the intervention of Echidna.

Even though in the real-time of the world barely any time has passed, Echidna invites Subaru to another tea party. Later confirmed, this second tea party’s existence show’s to Subaru that he isn’t alone. The fact that she knew to bring him back so soon means she knew of Subaru’s powers. In this moment of vulnerability after being worn down by another death and once again seeing his friends suffer, Echidna pounces on this weakness in a mix of sympathy and something more. 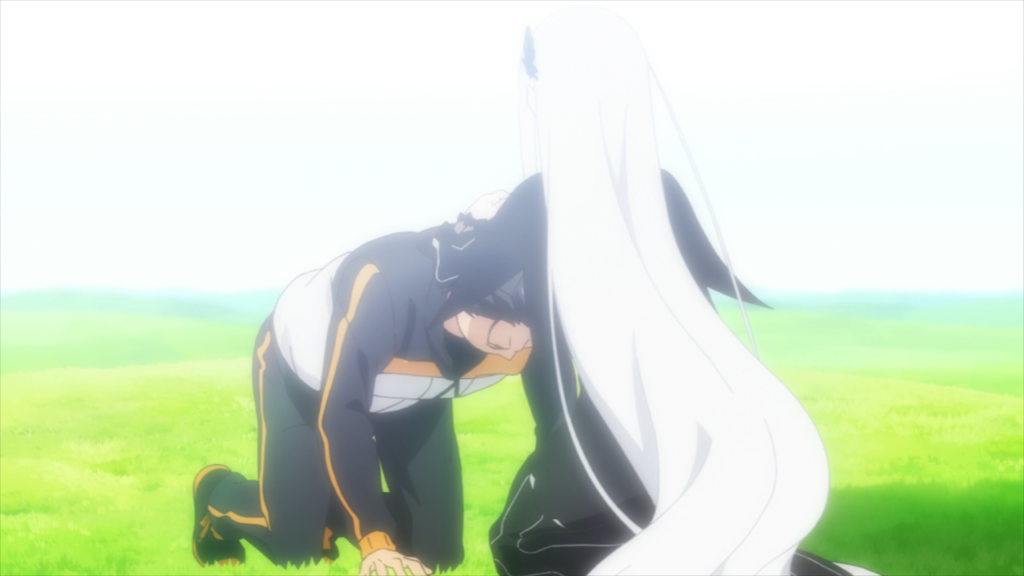 It’s when this series explores despair and isolation like here in episode 33 that Re:Zero is at its best. While the fact it leaves so much in the air unexplored could be a complaint for many with the pacing of this week’s episode, I appreciate that, in Echidna, we now have confidant with a moral compass we can’t yet fully determine. As long as I still find myself excited to learn more I’m happy to wait and see how things develop, and when that’s coupled with some emotionally raw moments like those found this week, I’m satisfied.