Spike Chunsoft and Chime Corporation have released in YouTube the opening movie for the adventure game Re:Zero – Starting Life In Another World – The Prophecy of the Throne.

The opening features the game’s theme song ‘Reline’ by Mayu Maeshima. (That’s not a translation, the name is in English.) Within the anime itself, Maeshima also sings ‘Long Shot’, the opening theme for the second part of the second season of the series.

In the opening, we get a quick overview of pretty much all of your favorite and familiar Re:Zero faces: Subaru Natsuki, the maids Rem and Ram, twin drill Beatrice, Roswaal, etc. At the end, we are introduced to a bunch of new characters.

The game takes place during the first season of Re:Zero; specifically the Royal Selection arc. In the anime (and the light novel), Emilia is one of five possible candidates to be elected to the throne of Lugnica. 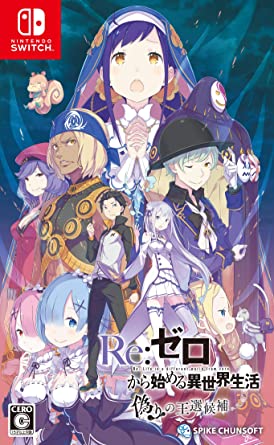 In the game, a mysterious sixth candidate shows up to challenge the other five. Nintendo’s English-language website for the game says that one of the candidates is an imposter, which brings an entirely different game to mind, but nevermind that.

In the game, the arrival of a new candidate means that people think that Emilia is sus. It’s up to Subaru (and his allies) to defend Emilia.

The new candidate is a nun named Melty Pristis. It’s probably not a coincidence that her last name sounds like priestess; a lot of anime series seem to think that nuns are the same as shrine maidens.

In any case, Melty brings a bunch of new characters with her: Tiga Rauleon, her knight; Sakura Element, a church official; the adventurer Salum, and his partner, the chipmunk Pooka. We are also introduced to a new game-exclusive villain, Wolf, who is trying to assassinate royal election candidates.

These characters are not seen in the anime, but the story was supervised by Re:Zero author Tappei Nagatsuki, and the characters were designed by illustrator Shinichirou Otsuka. 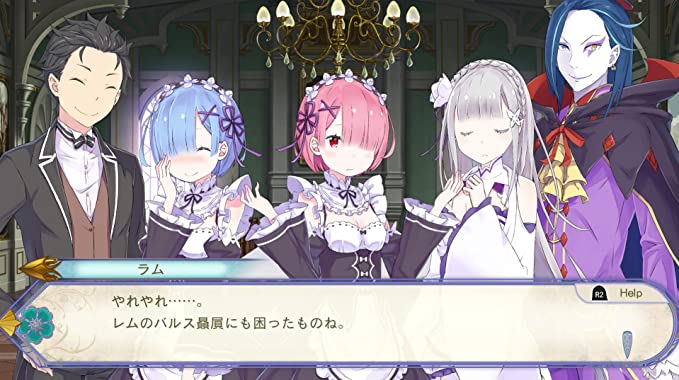 The game is a tactical role-playing adventure with turn-based combat, and some visual novel elements. The player has to explore and gather information before fighting enemies.

Re:Zero – Starting Life In Another World – The Prophecy of the Throne will arrive on 28 January in Japan; and on 29 January elsewhere (mostly because of time differences). The game will be on Nintendo Switch, PlayStation 4, and Steam.