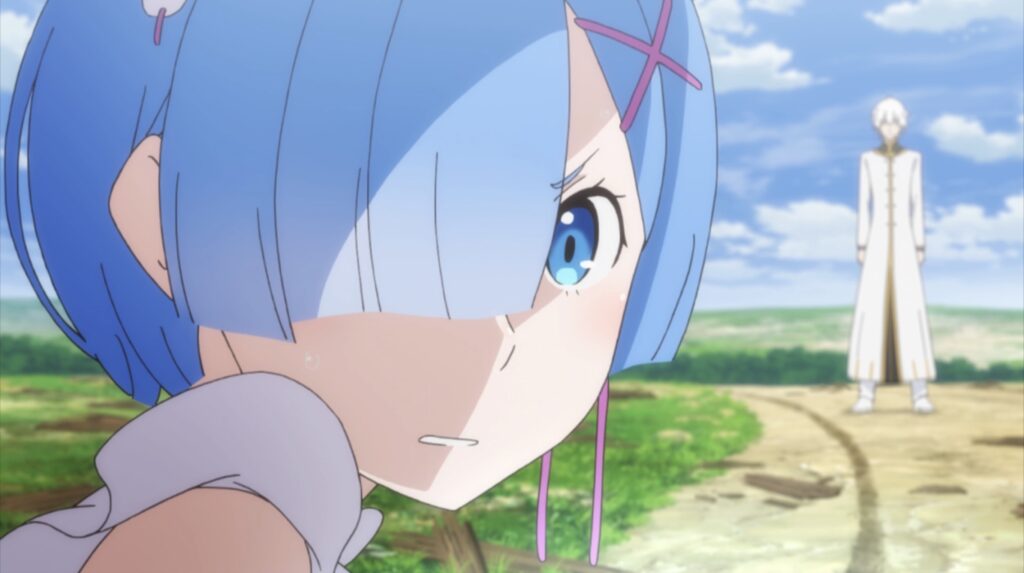 ‘Oh no, not another Isekai’ was an easy, dismissive thought to have even back in 2016 when the light novel adaptation of Re:Zero first hit TV screens. What set this series apart from its contemporaries, however, was the hopelessness it left our protagonist Natsuki Subaru feeling throughout its runtime. In a fantasy world with magic and witches and elves, our main character isn’t living a self-insert power fantasy, despite having the on-paper overpowered ability to never die, instead being sent back in time so they can try again to fix their mistakes.

That’s not what happens. Without the ability to tell a soul of his skills and vivid memories of not just the death but the pain it caused and the guilt that remains, what remains is a suffocating tale of isolation and the psychological damage living such a close life to death can leave, with some light comedy and a hopeful romantic core centered on Rem and Emilia to avoid it feeling too bleak.

And it was extraordinary. 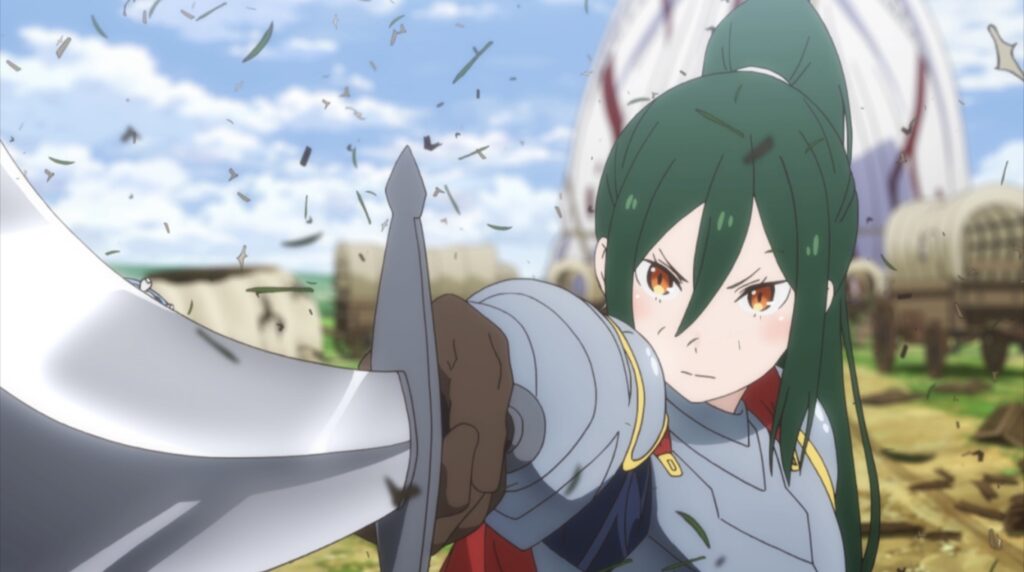 Episode 26 of Re:Zero, the first episode of the show’s second series, picks off right where the previous season left off. After being introduced into the world of Re:Zero at the beginning of season 1, that series ended right when the Witch Cult had seemingly been defeated by the combined might of Subaru and other forces.

Since a few years have passed since the finale of the anime’s first season hit our screens, this episode opens by replaying that cliffhanger ending where Emilia has forgotten Rem’s existence, just as had happened when the White Whale had initially taken her before Subaru’s Return From Death powers fixed the situation. All these years later, those not keeping up with the original light novels finally understand why, despite the White Whale’s demise, she had once again been forgotten. 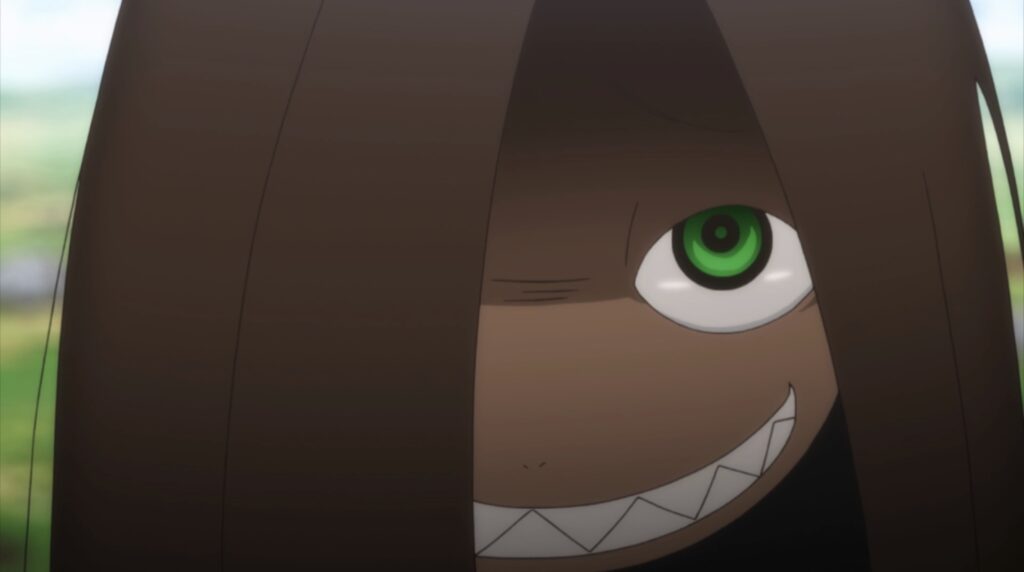 As it turns out, 2 other Sin Archbishops (the most powerful people within the Witch Cult representing the 7 deadly sins) had come to attack the refugee villagers fleeing to the capital, Gluttony and Greed. Gluttony’s ability allows them to eat the memories and names of others, which would cause them to either lose all their memories or have everyone forget them, depending on what they feasted on. If both are eaten, they are left as being nothing but an empty shell.

Rem’s name and memories were eaten in the attack, and this also happened to only the memories of Crusch Carsten, one of the candidates to be the next king of Lugnica. 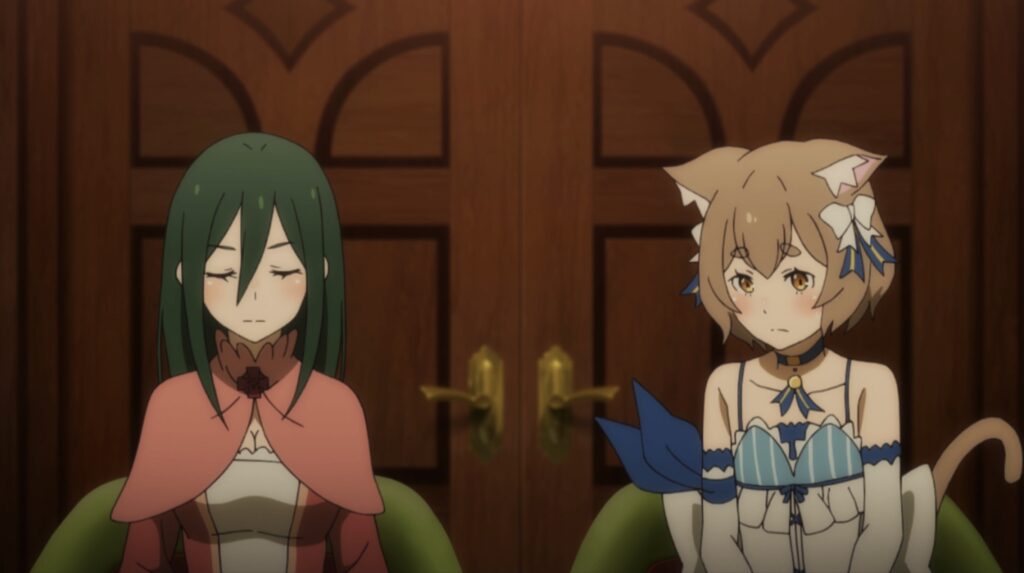 After so many years awaiting Re:Zero’s return and with the weight of expectations sitting on the anime’s shoulders, the fears of many were that episode 26 and the start of season 2 wouldn’t be unable to match the lofty expectations many had for the series. Instead, this episode captured everything that made the anime such a major hit upon its release. It threatens to turn laborious in its reintroduction to the world after several years away, but the episode circumvents this pothole and succeeds comes through the gut-punch delivery of the series’ core themes.

The suffocating isolation I mention that disavows the power-fantasy trappings of the isekai genre comes through in the hopelessness Subaru feels being the only one able to remember Rem. The weight of responsibility that confession leaves on him and the pressure knowing about the fate of every timeline he has lived and died through to stop this cult and still failing is told wordlessly through the sobbing tears as it all becomes too much to keep in. 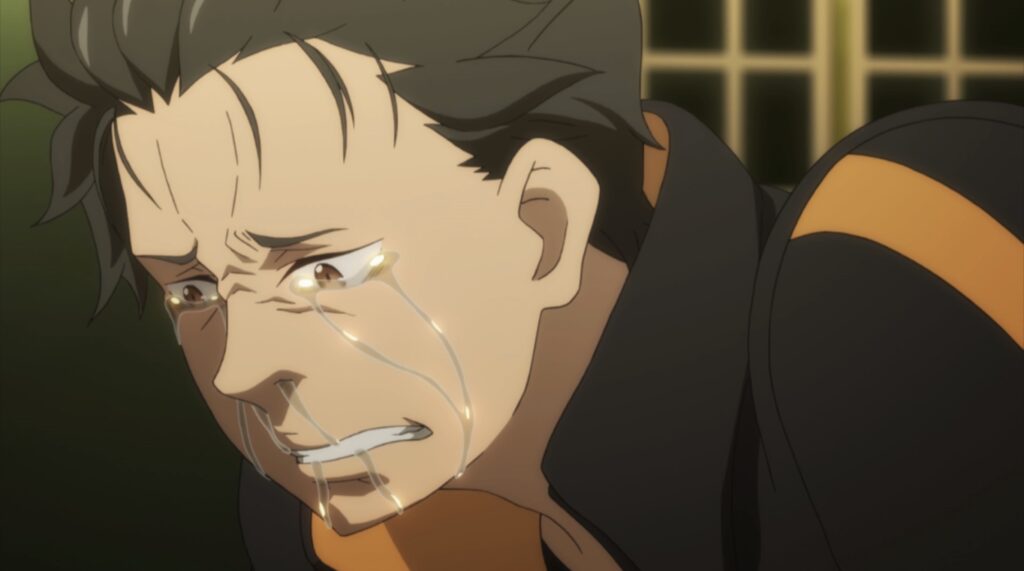 Subaru’s vulnerability and likability only further sell his despondency and the series as a whole as a result. Attached to this despair is an air of resolve to fix things by his own hands, as Rem had inspired him to do once before.

All of this does an excellent job of reintroducing the tone of the series without wasting any time in getting back into the central narrative. Even if the episode drags in places after the opening moments before the final scene, episode 26 wonderfully sets up what is set to be an amazing new series of Re:Zero.