Re:Zero -Starting Life in Another World- Episode 29 Review: Returning to Life From a Previous World 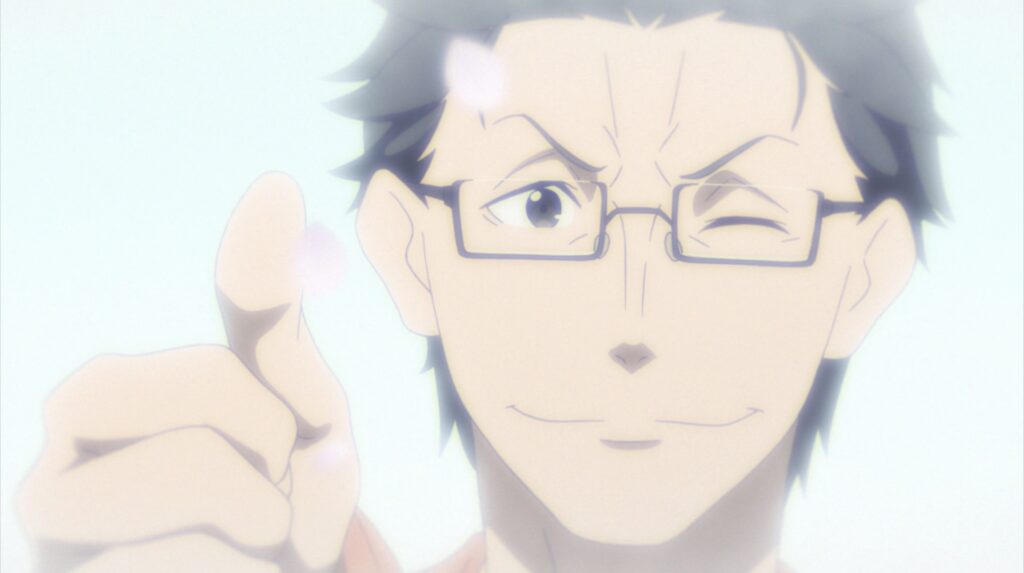 Subaru has such good parents, doesn’t he?

Re:Zero episode 29 is a step into the past, as this season’s story arc revs into motion with a look back on Subaru’s life before his sudden transportation to another world. Such a storyline was teased to us at the very end of last week’s episode with Subaru’s sudden awakening in his old home before being awoken by his boisterous father, and a lot was reliant on this episode after 3 episodes of lengthy exposition. Luckily, this week’s episode delivered spectacularly.

What we’ve seen of Subaru so far is not just his selfless actions to help others, but his isolation at being alone in shouldering the burden of his failures and the pressure of constantly revisiting traumatic events trying to set them right. So far we’ve empathized with Subaru because we’re believably drawn into the relationships he’s formed throughout the show. 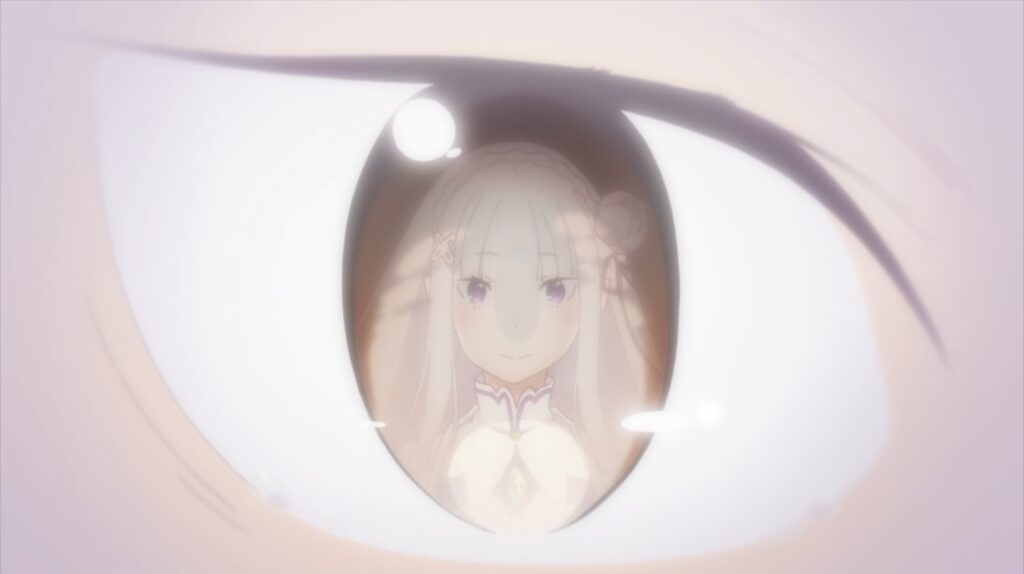 His struggles and the aforementioned isolation that come with the Return from Death ability he possesses also play into the series’ themes of giving a voice to the forgotten and humanizing people that many would consider an outcast in this world. He’s an outcast for suffering from the experiences alone, and this inability to assimilate gravitates him towards the oft-scorned Emilia and others just trying to find a place in this world. We can root for that.

Where episode 29 of Re:Zero is so successful is that, by removing us from the fantasy world, we get to see Subaru before this all happened. And for this extended 30-minute episode it succeeds at telling a superb story about Subaru’s home life that recontextualizes key scenes from throughout the series so far and develops Subaru’s character further into a powerful beacon of hope that shines strong as a representative for the overlooked in Re:Zero’s often-cruel world. 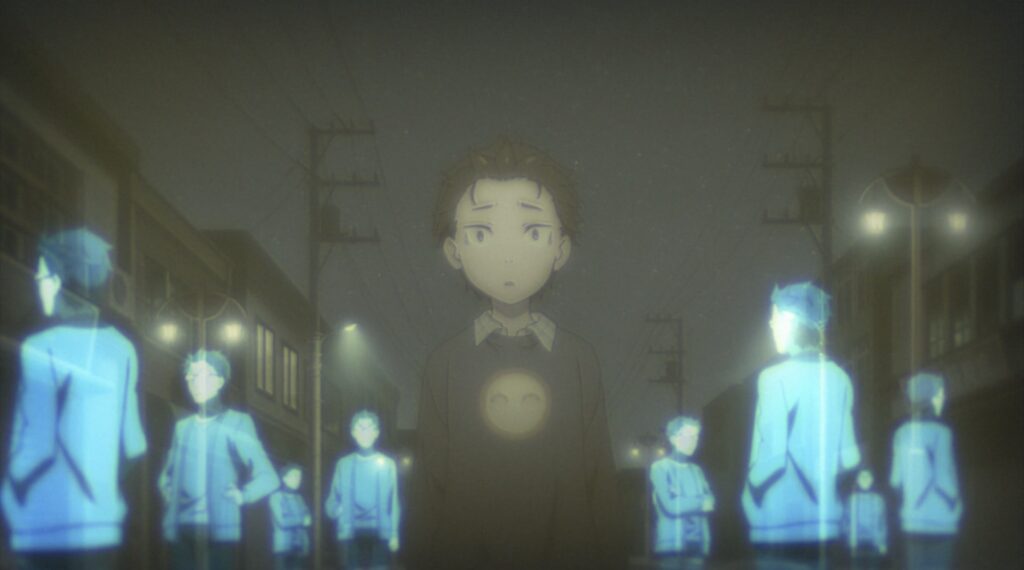 Up until now, we knew that Subaru hated his old life and was a shut-in who wanted to change, and what we learn this week is the shame he felt towards his actions and why he wanted to use the new world to change himself for the better. Most of it stems from guilt. When he was young, he was the best at everything, without really having to try. His father was well-respected and loved by all, so people thought it was only natural that his son was following in his footsteps.

As he grew up, his natural abilities were falling behind his classmates, and he chose to become the class clown instead. This only made him more and more isolated until, before long, no one was around him. Yet still, everyone expected great things. With this burden, when he couldn’t settle into high school, he soon became a truant. One day a week became 2, 3; before long he wasn’t attending at all. 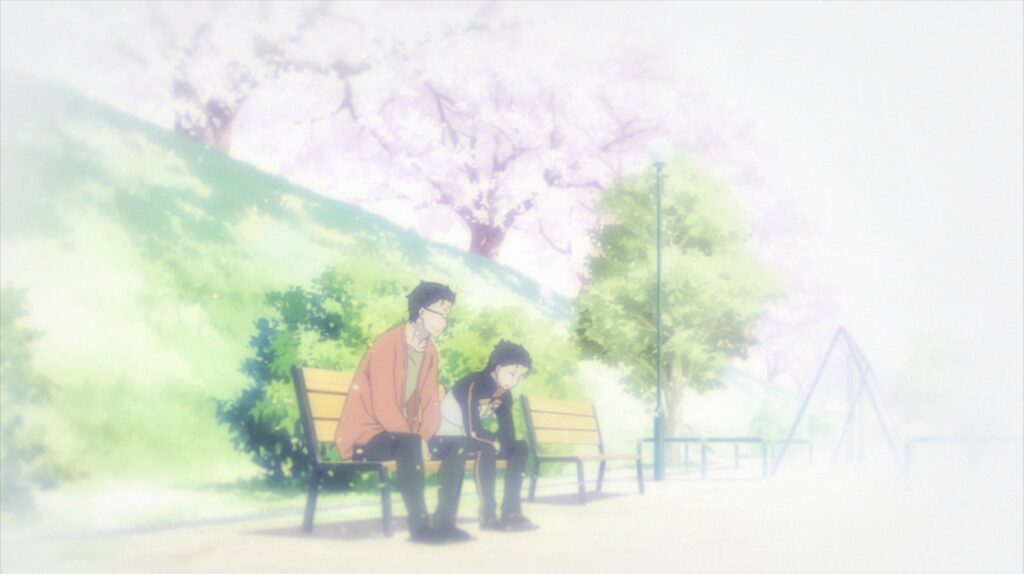 The Subaru shown here is far different from the one who’s grown from strength to strength until now. Though the flashback is more supposed to be Subaru’s subconscious being transported back to this period to confront his past, you can feel that Subaru has somewhat regressed back to his guilty, anxiety-ridden pre-journey state of mind from returning to that place.

The guilt comes about because, well, Subaru’s parents are just wonderful people. Re:Zero episode 29 is the first time we’ve been fully introduced to them, and they’re parents who understand the anxiety and depression Subaru is going through and how to support him. If he can’t go to school because the thought of going riddles him with fear, then they may try and nudge him that direction with love and affection, but they won’t force him. They’ll support him every step of the way and hope that he’ll find the strength in his own time. You know, good parenting. 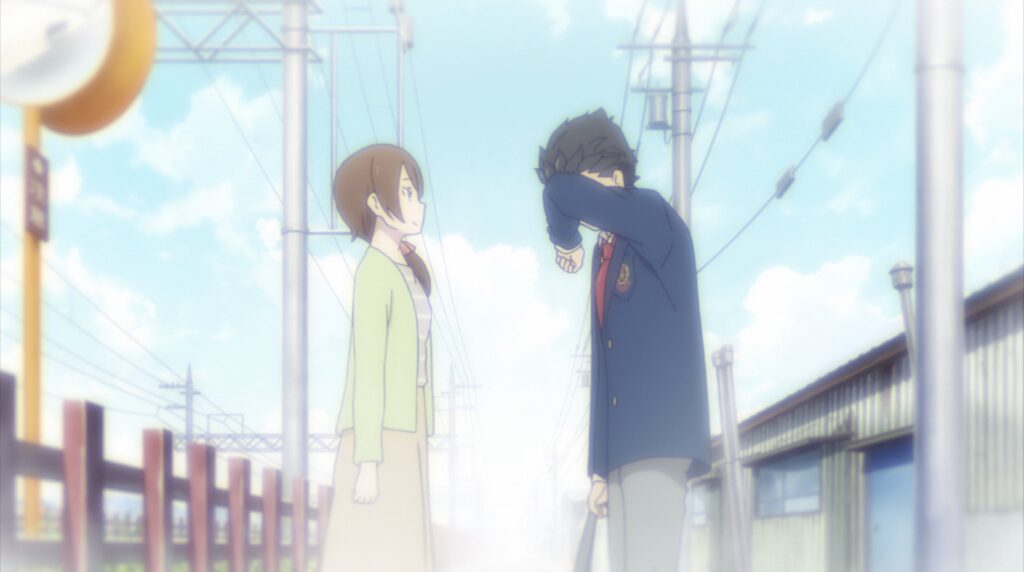 While Subaru felt guilty for not going to school, with the experiences of his journey, the love from Rem and Emilia on his back, he feels he can confront this trauma, be open with his parents and move on. This look back at Subaru’s past helps us to further understand why he was so determined not to let Emilia down with the royal election, why he gives his everything to help his friends. He was terrified of letting people down and overcompensated at times, when really, people will love him even if he takes a step back and lets them go alone. Just his presence is enough. People care about him. And to the person reading this, people care about you too.

Anyhow, I’m going to go wipe the tears from my ears and fill out my application form. You think Subaru’s parents want another child?