Re:Zero -Starting Life in Another World- Season 2 Part 1 Review: Slow on Story, Heavy on Character… And Better For It 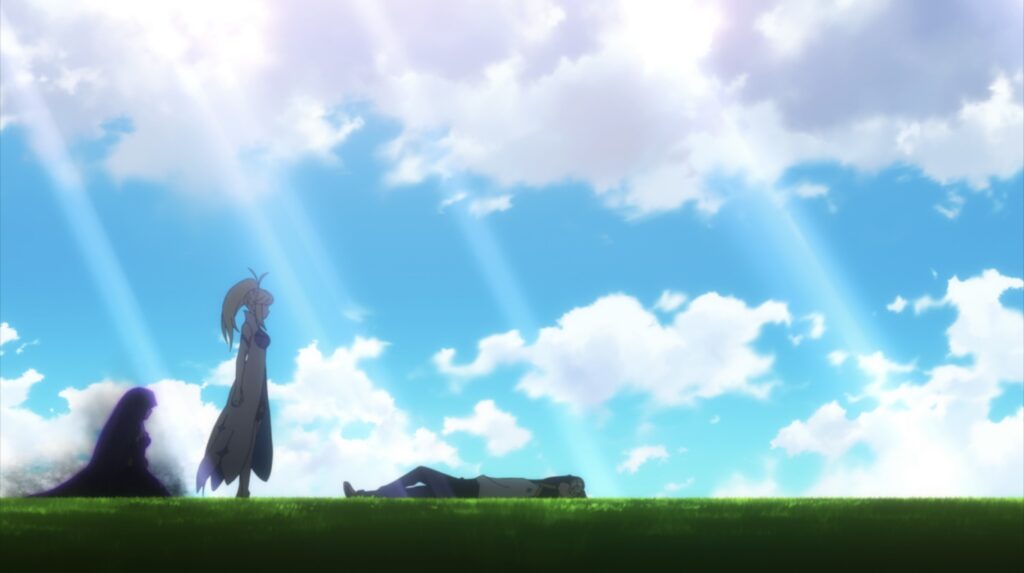 Episode 38 marks the end of the first part of Re:Zero season 2. It’s a strange place to end, with no major end-of-season cliffhanger and the story arc from the beginning of this latest season still unresolved, but we know there’s more to come in January when the anime returns. However, this makes judging this mid-season finale and, indeed, the season so far, a difficult one.

You’re enjoyment of Re:Zero season 2 will mostly depend on what attracts you to Re:Zero as a franchise. If you’re someone most interested in learning more about the Witches and the truth behind why Subaru landed in this world or even just wanted to see Subaru make progress on saving Rem, you’ll be disappointed. We only learn more about the Witches in the final few episodes, and we’re left trapped in the same loop for the entire season.

As a character study, however, this latest season of Re:Zero has been fascinating. 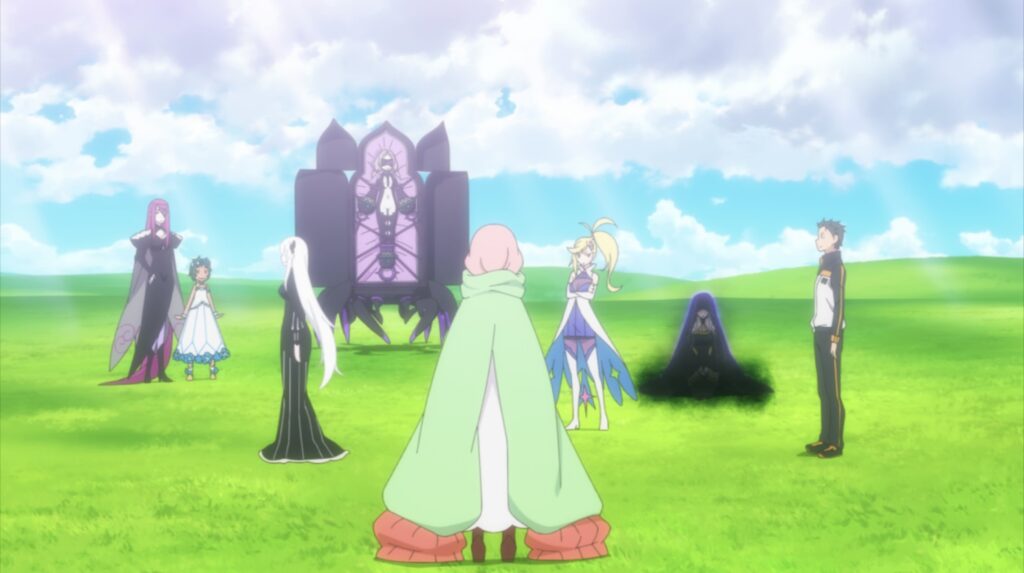 It would be difficult to argue that many of the events of this week’s episode are all that surprising. We left last week’s episode on the cusp of our first in-person meeting with Satella in the presence of all the other Witches. Echidna had revealed her desire to help Subaru, but in a way that would prioritize only his life and none of the friends he fought so hard to save. There would be sacrifices, so she warned.

In terms of story, this meeting goes exactly how you would expect. The reveal of Satella’s face confirms our suspicions regarding their identity, and our suspicion of Roswaal is now justified as well. Perhaps the most surprising thing about the episode is how it leaves the journey to save the lives of everyone at the mansion and the progress of freeing the sanctuary without finality, and a long wait to learn more.

That’s why people may find this week’s episode disappointing; it’s predictable. Rather than call this disappointing, I would argue predictability can be an asset if it is leveraged against the strength of a naturally-progressing character arc. We saw it in Deca-Dence, and we see it here with Subaru. 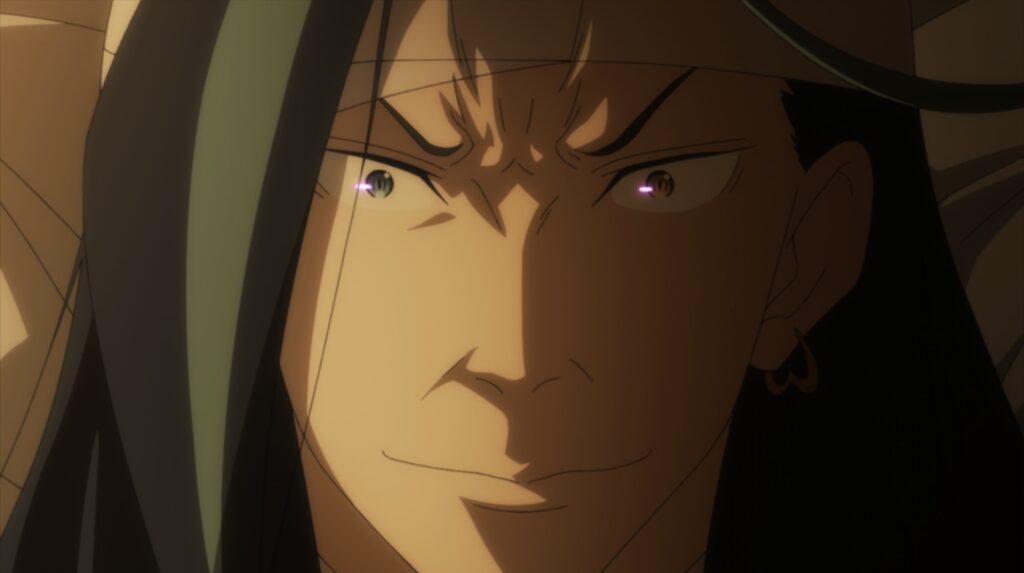 For as strong as the first season of Re:Zero undoubtedly was, it never really dove into why Subaru would kill himself over and over again beyond blind devotion to Emilia, something season 2 is more than happy to do. If you know you’re going to come back and you have the chance to save those you love, using your power to save others is a difficult yet desirable task. Yet after witnessing the pain Return From Death has caused him, it felt remiss not to explore why Subaru would do this.

To explore his motivations, this season has trapped Subaru in both the Sanctuary and his mind. Between the first trial that left Subaru needing to confront his past life as a NEET, the multiple visits to see Echidna, all the way to his time with Beatrice, every key moment of this season has probed into the question of why he fights on despite openly admitting he hates himself. 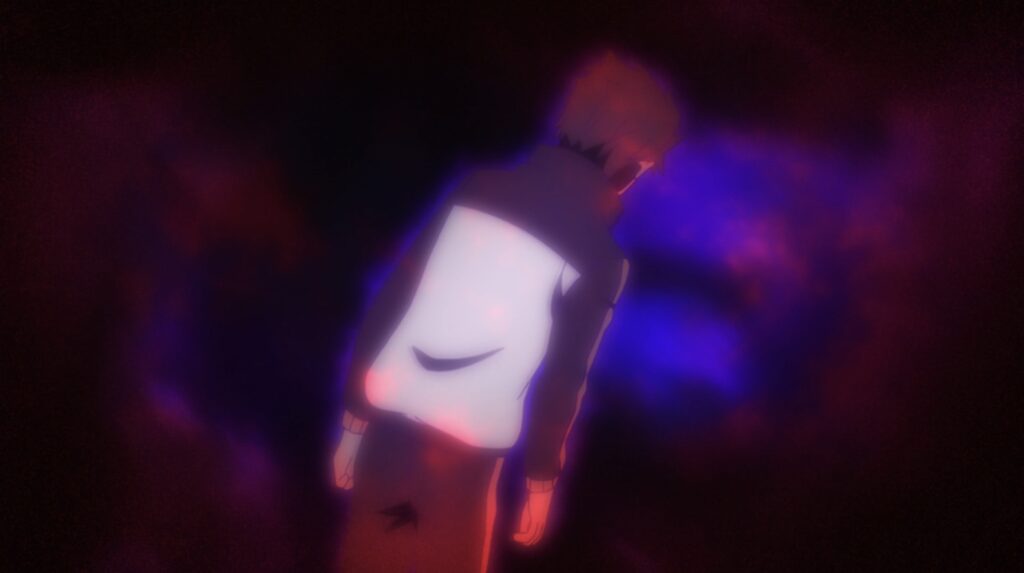 Through this, we reframe Subaru’s journey not as a blind love quest or a desperate desire to go home, or even as the selfless hero. Subaru’s journey is one of self-acceptance and learning to love oneself, framed through the lens of helping others.

One moment from this latest season of Re:Zero that sticks with me is found when Subaru hits rock bottom in episode 33. After repeatedly failing to save the Sanctuary, the mansion and the people he cares about, another attempt is foiled by Garfiel, and he witnesses the deaths of his friends in front of his eyes before once again being sent back. As he blames himself for another failure, he can’t understand why someone would sacrifice their life for him like Otto and Ram chose to. 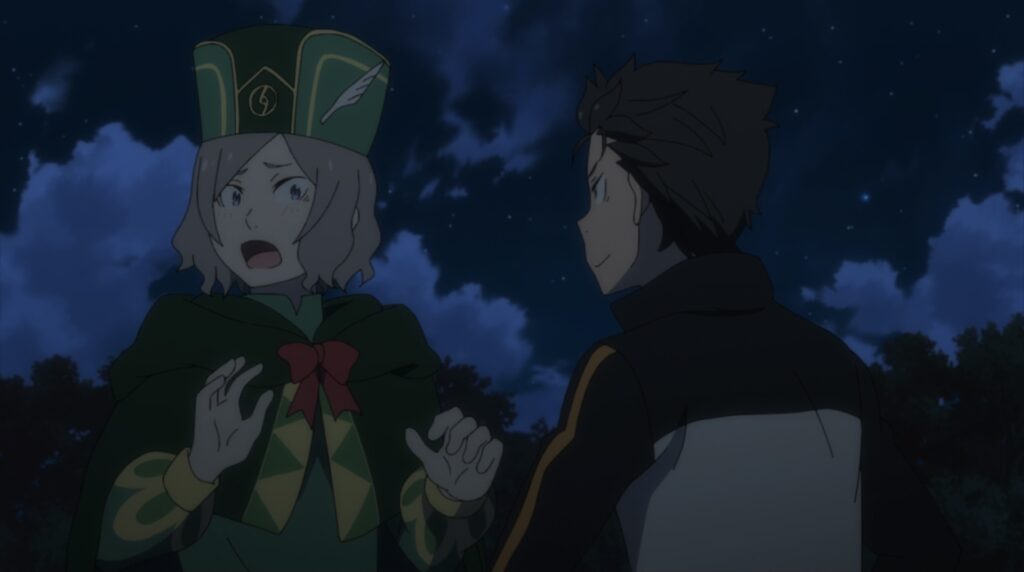 Subaru is loved. He has desperately tried to save everyone in the hope he can repay them for how they saved him, thinking it’s the only way they would ever want to be around him, without any thought being given to their friendship and how his presence saved them just as much as their care saved him.

As Subaru becomes resolute in fighting on, we see this culminate through his conversation with Satella. While plot progression may be slow, arguably too slow even considering this change in focus, the growth of Subaru’s character to someone willing to show his emotions and rely on others is an important story to tell, even beyond the ways in which it improves his character and the world and story as a whole. 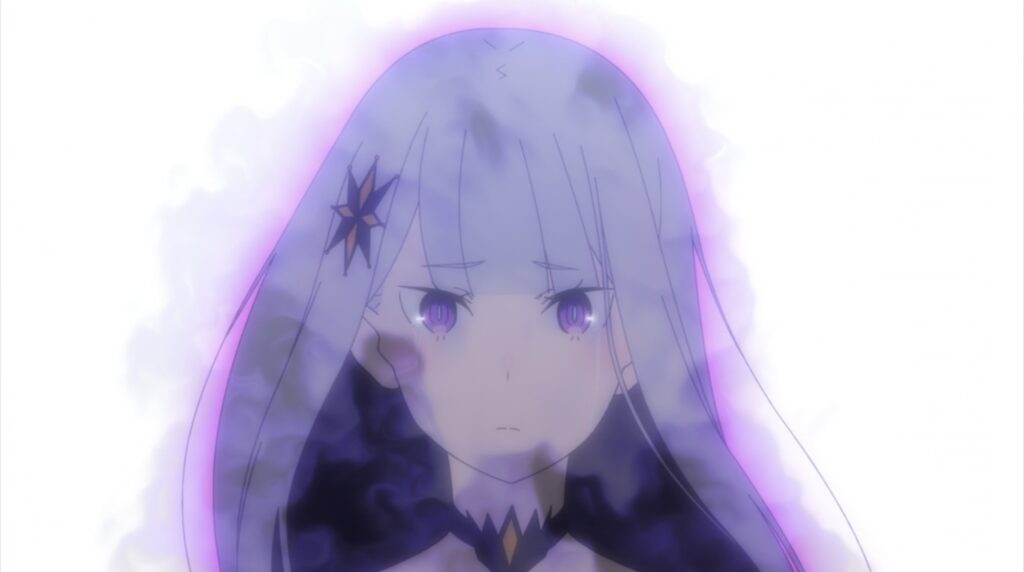 With the flood of Isekai stories we’re currently experiencing, a series like this with a much heavier focus on self-acceptance and hope in a genre defined by power fantasy is a welcome one. Individual moments of Re:Zero season 2 like the meeting with Subaru’s parents peak above the first season because of this, and though I don’t think the series as a whole quite reaches the heights of season 1, I’m impressed nonetheless.

It’s going to be a long wait until January for more episodes.