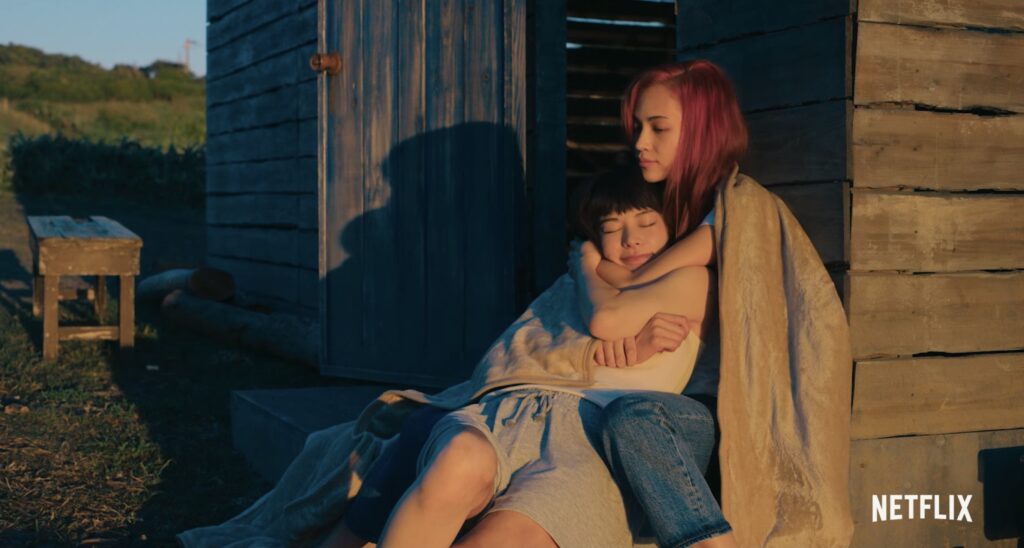 Ahead of the release of Netflix’s Ride or Die on streaming services worldwide in April, a first trailer has been released for the upcoming film showcasing the two protagonists of the story in action.

As discussed in the initial reveal of the film’s key visual earlier this month, this new Netflix original film is gearing up to deliver a high-stakes action thriller movie centered on two romantically involved female protagonists. This alone was enough to catch my interest, but with a strong cast and a story bold enough to grab your attention, the film has a lot of potential.

The story centers on Rei, who feels unrequited love for her female friend Nanae, later jumping in to murder her husband in order to save her from an abusive household. The two go on the run and get closer to each other during their journey, as Rei is determined to protect her friend.

Now, a first trailer has been released for Ride or Die, giving us a greater indication of the film’s tone:

This trailer is more about the tone of the film and putting the growing romantic feelings of our two main characters in the center, as opposed to giving much away about the story of this manga adaptation. Still, we get to see lead actors Kiko Mizuhara and Honami Sato in their element, as two women on the run from the police and in love, while hinting towards to more difficult themes of domestic violence the film also wishes to tackle.

We also get a hint towards just how much Kiko Mizuhara’s character, Rei, really cares for Nanae with how she’s willing to hand herself in to the police if that’s what her friend wants, while she falls apart later in the trailer at the thought of losing her.

As one of my most anticipated movies for the first half of 2021, I’ll be following the film closely in the lead up to release. Ride or Die will hit Netflix worldwide on 15 April.