Ride Your Wave is a Gorgeous Tale of Love and Loss 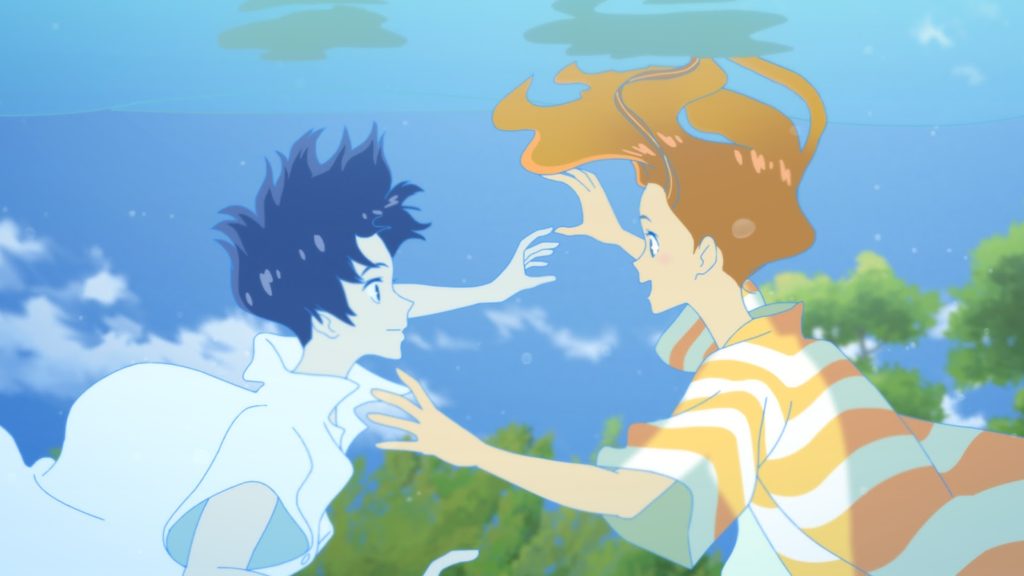 Ride Your Wave has made quite a splash in the anime film world. Released in Japan and in the UK in 2019, it finally debuted in 500 theaters in the US in February 2020 for one night only. Yet despite the somewhat limited release, the response to the film has been monumentally positive, garnering particularly high praise from both critics and fans alike.

Admittedly, I’m a sucker for tearjerkers. Something about getting so invested in fictional characters that you cry is an incredible feeling.

It takes a special kind of creative mind to have that kind of power. I often think, ‘Could I write something that could bring 500 people sitting in a room to open sobs?’ It isn’t as easy as some of us think, and it’s something unforgettable. When was the last time you cried in a theater?

The brainchild of Masaaki Yuasa, known for directing Devilman Crybaby and more recently the anime series Keep Your Hands Off Eizouken!, Ride Your Wave is a curious departure from his past works, more understated and less bizarre. That isn’t necessarily a bad thing, as audiences quickly related with the characters in the film and discovered that the themes within pull at the heartstrings a little too well.

Change can be a positive thing, even if it’s fleeting. I’m not sure where Masaaki’s creativity will go next, whether it will return to his wheelhouse of weirdness or not.

I’m personally glad that Masaaki wanted to show us this side of himself, and in watching the film, you’ll find you’re all the better for having seen it. The raw emotion which imbeds itself in every vivid frame doesn’t hesitate to reach out and grab you, just as easily as the ocean’s current.

An Inspiring Love Story and the Reality of Grief

Hinako Mukaimizu is a new college student who, now having more freedom, decides to move to an oceanside town to spend more time surfing. Now free to spend more time on her favorite hobby, her carefree life is interrupted when a fire breaks out in her apartment building, and she is saved by Minato Hinageshi, a young firefighter.

While teaching Minato to surf, their relationship begins to grow, and they quickly fall in love. However, in the winter, Minato decides to brave the waves during a bad winter storm, and loses his life rescuing someone from the surf.

The loss leaves Hinako devastated, so much so that she gives up surfing completely and refuses to take any steps to move past her feelings of grief. However, one day as she sits by the sea, she finds that she can see him in the water when she sings a song they had once loved, called ‘Brand New Story.’ No one believes her, of course, but her days become consumed with talking to him.

Hinako later decides to become a lifeguard, and spends more time talking to Minato’s sister, Yoko. When the two of them become surrounded by flames sparked by fireworks, Hinako begs Minato to save them, and his spirit sends a wave to extinguish the flames.

The passion in the film is heartfelt and feels authentic, and without giving away more of the plot, there is no stopping the tears that you’ll cry throughout.

The Creative Team and Musical Choices Stand Out

In recent years, Masaaki Yuasa has been accepted into the upper echelon of anime artists. With the worldwide acclaim of Devilman Crybaby, his unique art style and fearlessness in both character design and writing make his creations easily distinguishable from the rest.

Masaaki announced the film at the 2018 Tokyo International Film Festival, explaining that he wanted to direct a romantic comedy, much to the surprise of the audience. A short original manga adaptation of the film was featured in Deluxe BetsuComi in 2019, featuring a sweet story about Hinako and Minato’s first time meeting.

In 2014, he founded his own animation studio called Science Saru. This was actually due to an offer from American cable mainstay Cartoon Network, who asked Masaaki to work on an Adventure Time episode. The studio was responsible for Ride Your Wave.

The film was written by Reiko Yoshida, who has worked on dozens of popular anime series, dramas and films during her 30 year career. Her first script writing gig was for Dragon Ball Z in 1989, with other major works including D. Gray-man, Bakuman and Kaleido Star. Recently, she wrote the screenplay to another popular Netflix series Violet Evergarden.

The film’s musical choices and casting choices were made with each other in mind. Ryota Katayose, a singer known best for being a member of the boy band Generations from Exile Tribe, plays the role of Minato Hinageshi. The theme song for the film, ‘Brand New Story,’ was performed by the band, and makes several appearances throughout. It was Katayose’s first ever voiceover role.

Rina Kawaei, a former member of the idol group AKB48, plays the role of Hinako Mukaimizu. Making her debut as a voiceover actress in 2012, she has also starred in Pokemon the Movie: The Power of Us and Ajin: Demi-Human.

The rest of the film’s gorgeous soundtrack was composed by Michiru Oshima, who has created music for over 200 television series and 100 films over the span of her career. Releasing over 300 CDs, anime fans will immediately recognize her name, as she wrote the score for Fullmetal Alchemist, Queen Emeraldas and Arc the Lad.

When Ride Your Wave is Available to Buy or Stream

As of April 2020, a date for the Ride Your Wave Blu-ray has yet to be announced in the US, and it isn’t currently streaming on any platforms. However, a Japanese Blu-ray has been released, and due to the amount of interest in the film, it’s likely only a matter of time before it finds its way to your living room.

Ride Your Wave Review: A Wave of Emotions From Masaaki Yuasa