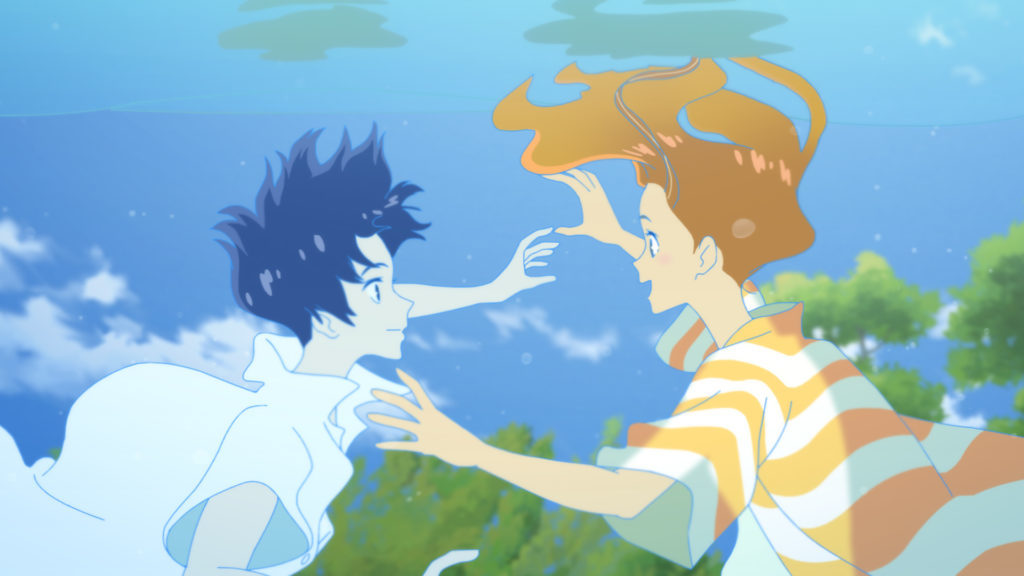 We really love to see Masaaki Yuasa thriving around these parts. Ride Your Wave just hit Japanese theaters a little over a week ago and already GKIDS has confirmed they’ll be hosting U.S. theatrical screenings soon. How soon we’re not sure, but if we’re lucky it’ll be a matter of months and not years. The film’s already won an award for the best-animated feature at the Shanghai International Film Festival and our own in-house review had some wonderful things to say about it. If you’ve been following Masaaki Yuasa’s incredible career or are just in the market to see a unique animated, you’ll want to see this one when it hits the big screen.

As you can see from the trailer, Yuasa’s a director who really appreciates and knows his way around animation as a medium. His works aren’t just fluid but tend to actively have a bigger ‘cartoon’ quality than most anime and it always works in his favor. He’s been a cult favorite for a while after works like Mind Game and Kaiba built small but devout audiences, however after the release of Devilman crybaby blew everyone’s minds last year he’s been an active fan favorite. Knowing he has another film and tv series coming after Ride Your Wave makes me a little worried about his health but I can’t say I’m not incredibly excited to see what he makes next.

GKIDS has become one of the most important Western anime companies in recent years. Not only did they take the reins of the Studio Ghibli catalog out of the hands of Disney, but they’ve also been releasing all sorts out neat and quirky anime films new and old. I’ll be forever thankful to them for rescuing Perfect Blue and giving it the Blu-ray and theatrical release it deserved. They’ve seemingly partnered with Yuasa, as Ride Your Wave is the fourth work of his they’re putting out.

You’ll be able to see Ride Your Wave in U.S. theaters soon. You can catch it in Japan now.