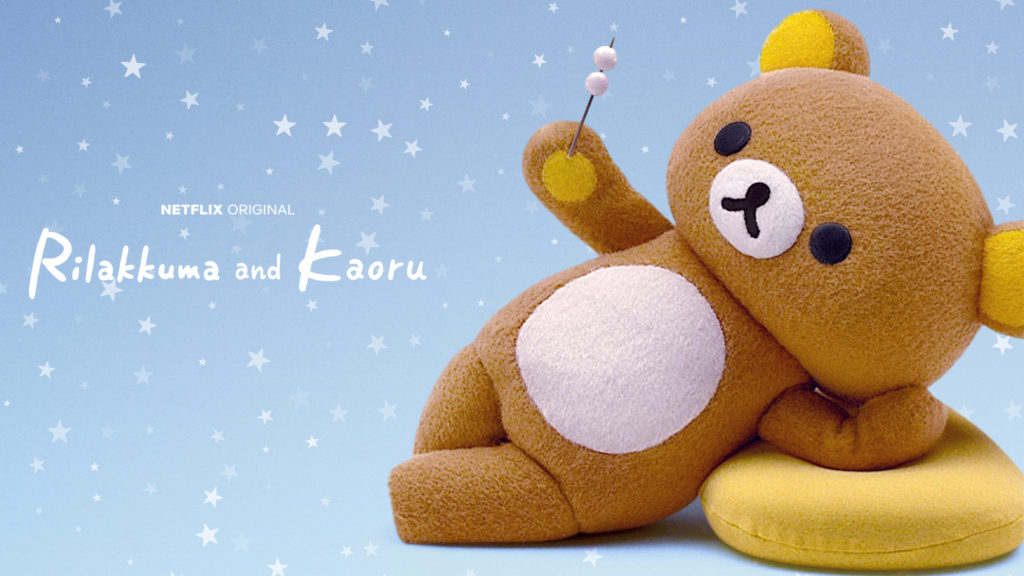 Rilakkuma! Time to hear the story of everyone’s favorite zippered up, drowsy, snuggly, bear friend! Rilakkuma is an adorable bear mascot character. “Rilakkuma” roughly means “Bear in a relaxed mood” in Japanese, being a portmanteau of the words “Relax” and “kuma”, which is Japanese for bear.

Rilakkuma is known for its perpetually sleepy and complacent behavior. It enjoys napping, eating and spending time at home with loved ones.

Rilakkuma took off internationally and has enjoyed a ton of success since reaching initial popularity in Japan. The series has launched many books, toy lines, and even dedicated retail outlets. You can find Rilakkuma anywhere from your stationery to your clothes.

In May 2010, Rilakkuma was voted the fifth most popular character in all of Japan, told by a survey held by the Character Databank. According to The Japan Times, “the Rilakkuma brand has been featured on more than 16,000 products, attracting revenue of ¥250 billion by the end of 2016.”

Where Did The Plush Bear Icon, “Rilakkuma” Come From?

Rilakuma was born from the mind of Aki Kondo for the Japanese company San-X. In a 2010 interview with Excite News, she revealed that the iconic bear mascot was given bad posture because it “made her laugh.”

Rilkakkuma’s first appearance was in a yonkoma. A yonkoma is a special type of story-telling told using four-panel comics. This manga debuted in 2003 and was called Rilakkuma Seikatsu.

The comic Rilakkuma Seikatsu teaches us about the official story of how Rilakkuma joined it’s household and started its journey. They were later joined by Korilakkuma, Kiiroitori, and Kaoru.

The saga starts with a female office employee, by the name of Kaoru, who suddenly received Rilakkuma in her bachelorette apartment. She is introduced as a silhouette but was later given a face in different forms of media years later. 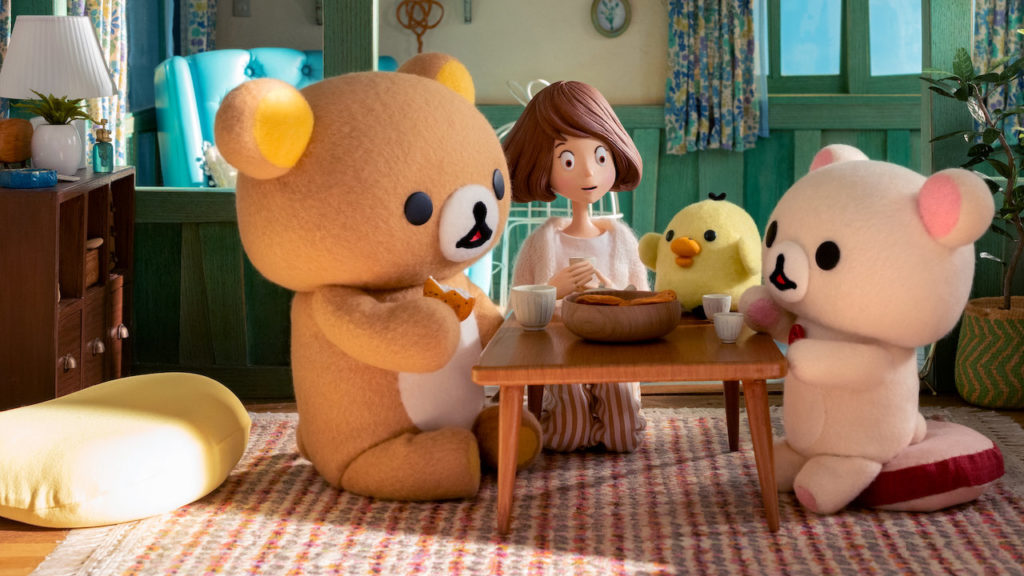 For someone so lazy and such a shut-in, Rilakkuma has a ton of very good friends! Rilakkuma’s friends are: 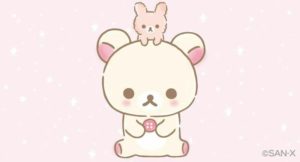 A white bear that’s a little smaller than Rilakkuma. Korilakkuma is identifiable by its white fur and red button below its chin and between its arms. It also made its first appearance in Kaoru’s apartment spontaneously, joining the cozy little family. It was given its title by the bird Kiiroitori.

Just like the other main characters, Korilakkuma made its debut in the series Rilakkuma Seikatsu during the same year. Korilakkuma can not only be distinguished from the other bears because of its appearance, but it’s personality. Korilakkuma is more high-energy than Rilakkuma, and more fun-loving thank Kiiroitori. Korilakkuma loves to play jokes and be silly. 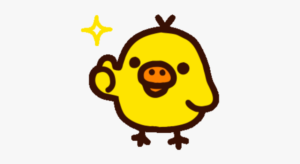 The non-bear of the bunch. Kiiroitori is a cute little yellow bird that lives in his cage that’s located in Kaoru’s apartment with the others. Kiiroitori also made his manga debut in Rilakkuma Seikatsu around the same time as the previous characters.

Kiiroitori can fly, clean, and has the ability to leave his cage whenever he likes. Kiiroitori is very neat and responsible. Kiiroitori spends his days making sure the house and the bears are taken care of during Kaoru’s workday absences. Kiiroitori has a very reasonable and mature personality, which is a foil for the lax and carefree attitude of his bear companions. 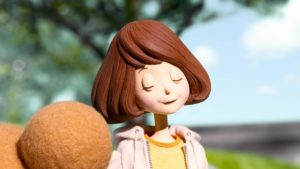 is the human who owns the apartment, and to some degree, is the caretaker of her cuddly animal friends. Kaoru spends every day working her hardest in an office to return home to enjoy the company of her soft, snuggly roommates. Kaoru was given tons of personality, goals, desires and struggles to deal with in the Netflix adaptation of Rilakkuma.

Kaoru has to deal with problems like her mother wanting her to move home and working on her brother’s farm, online shopping addictions, and not being able to find the right guy. She loves her life though, and all the joy and lazy days that accompany it. 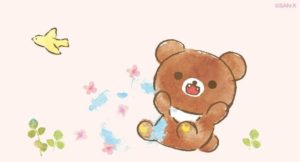 The newest addition to the bunch greeted the world in 2016. The saga starts with Koilakkuma finding Chairoikoguma in the woods and becoming friends. From that moment it was history. Chairoikoguma became friends with everyone else and takes part in their adventures.

Chairoikoguma is easily distinguished by the two fangs in their mouths. Chairoikoguma also has a pattern on its fur. Not only is Chairoikoguma friends with the main cast, but they have their own little companion, a honey bee named Kumanbachi. 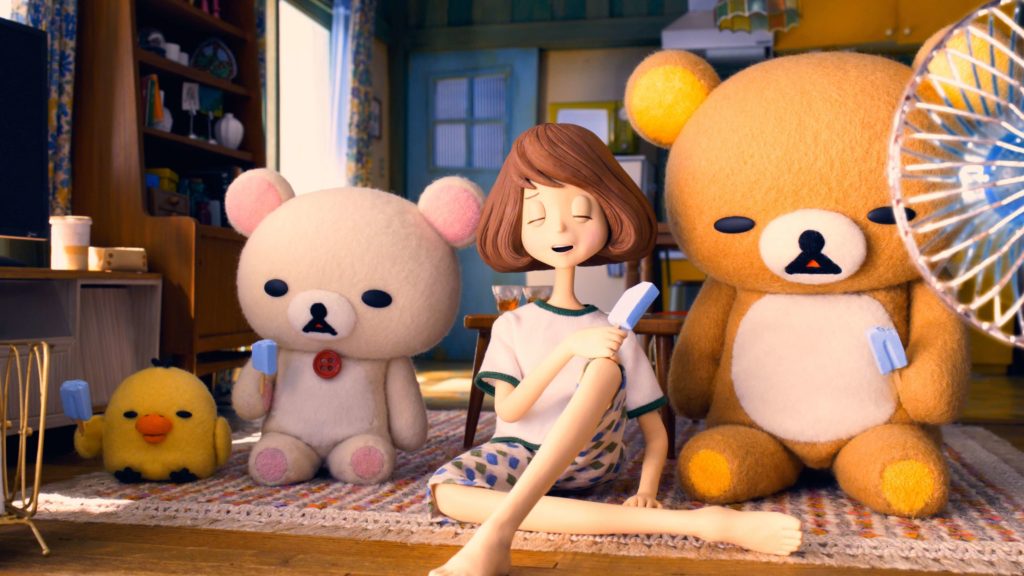 In 2019, Rilakkuma and the crew were brought to screens all across the world through the stop-motion animation series Rilakkuma and Kaoru. The adorable series was made by Dwarf Studios and San-X and is owned internationally by Netflix. The show premiered on April 19th, 2019 with an intent to showcase the lovable bears to a world-wide stage.

Masahito Kobayashi became the director of Rilakkuma and Kaoru in June 2017, to take on the extremely rewarding stop-motion animation project created by Studio Dwarf. Kobayashi also claims that his work has been inspired by Wes Anderson films. He drew influence from films like “Fantastic Mr. Fox.”
“I have a daughter and she is a fan of Rilakkuma,” Kobayashi says in an article by The Japan Times. “I once showed her a storyboard. I showed her the edited version and video clips. I wanted to see her reaction and how she would react to it. I think she liked it.”

Up until the release of this Netflix series, Kaoru had only been represented as a silhouette in the four-panel series. Not only was she finally represented with a face and body, but her problems and dreams were also the major motivation and catalysts for many of the plots of each episode.

The show was 13 episodes long. Each episode is a heart-warming and charming expression of day to day life with people you care about. A major message of the anime is that in today’s hustle and bustle society, it’s (sometimes) okay to take it easy.

Other messages are to take care of yourself and others, as well as being alright to make mistakes and learn from them. Kaoru learns throughout the series that it’s alright to not be where you want in life, as long as you are doing your best and your kindest, the rest will follow through. They also learn that it’s alright not to know exactly WHERE it is you want to be in life, that will follow through as well. 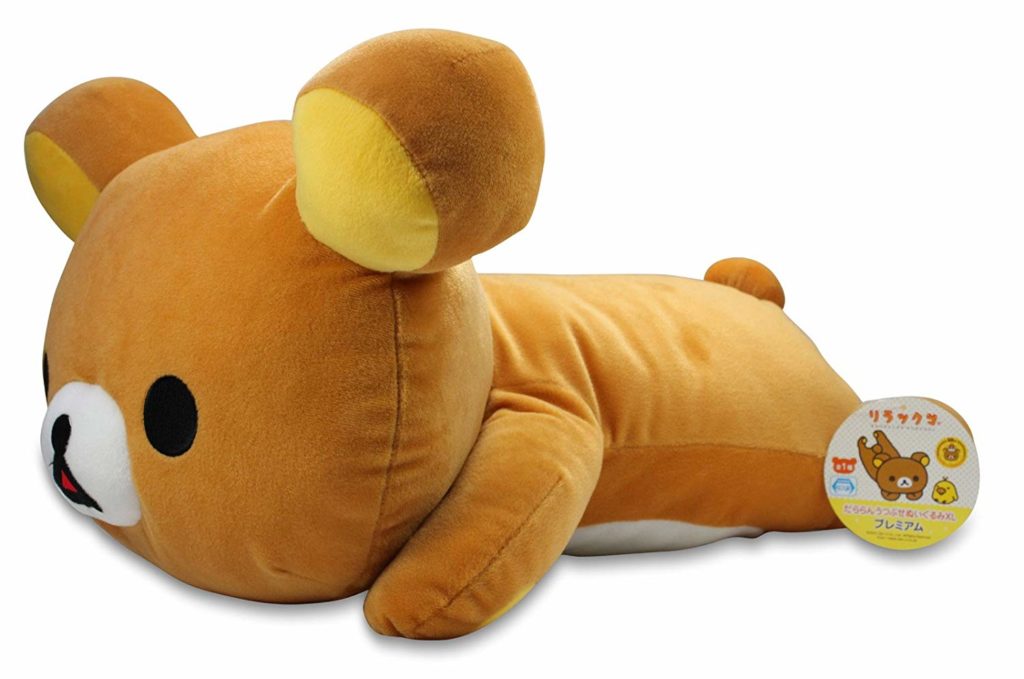 Where Can I Find Rilakkuma Merch And Plush Toys?

If you’re a fan of all things kawaii, you probably have in mind a couple of places to shop for your favorite sleepy bear products. Rilakkuma and friends (predominantly Korilakkuma) can be found in everything from the form of cuddly soft stuffed animal toys, all the way to its own fashionable line of clothing and accessories.

If you live in Southern California, Japan LA prides itself on its wide Rilakkuma selection. The adorable shop has two locations in Los Angeles. There’s one super cute pastel shop on Melrose and a trendy boutique smack dab in the middle of Little Tokyo.

You can also find batches of Rilakkuma brand plushies at everyone’s favorite international arcade chain, Round 1. The Japan-based amusement store chain has been popping up all over the United States. The prize-filled haven has venues set up in highly populated parts of the country like Southern California, to more rural cities in the U.S. like Portland, Maine.

Rather than buying the lovable bundles of plush, there are two ways to obtain them in Round 1. You can either gain enough credits through playing arcade games to redeem Rilakkuma themed merch, or you can physically win the plushies from all sorts of different UFO catchers, claw machines and other games.