Rilakkuma is the Plush Bear We Should All Envy 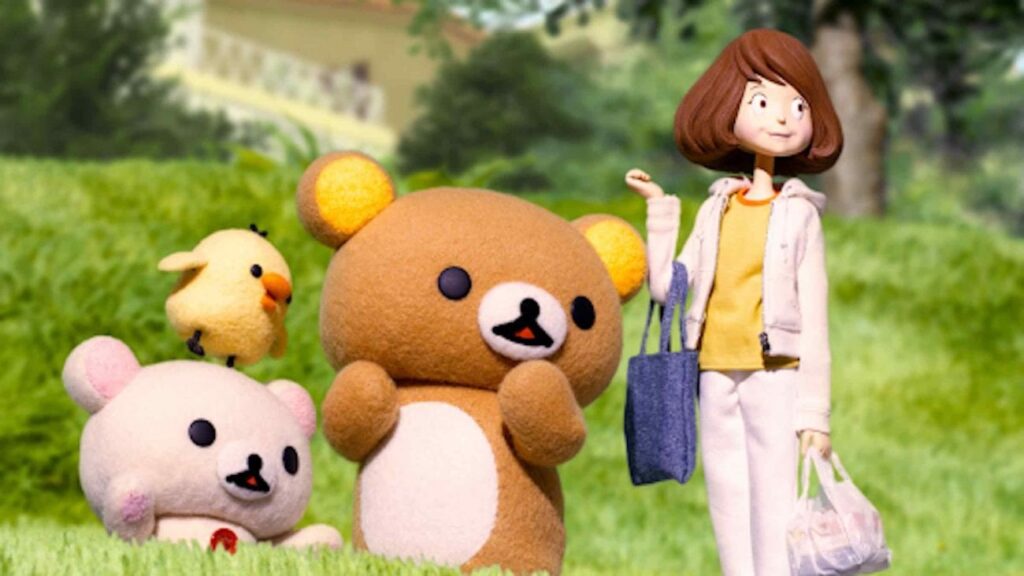 The first time I went to Japan I was determined to go play a million and one crane games. I wasn’t good at them, and I remain to this day a terrible player. However, faced with neon lights flashing at me in rapid-fire pace and hundreds of Hatsune Miku figures I felt like I could accomplish anything.

Forty bucks later and empty-handed proved that both Miku and I were wrong. However, leaving the arcade I experienced what could only be described as an out-of-body experience. In the last machine was a bear plush doll. WIth plain eyes and a white belly, he casually reclined into the bars of the machine-like he was casually waiting for his next meal.

Years later it happened again. I was at a convention, and he was there again. After a little snooping around I discovered the bear had a name- Rilakkuma. And not only did he have a name-he had a whole history about him that I had no idea about.

And it’s not a quick blurb on the back of a tag either. Rilakkuma has gone farther from cuddly plush dolls or even cute cartoons. Rilakkuma has become an icon in the pillar of all things cute, dominating not only fans domestically but internationally as well.

Rilakkuma was created by the company San-X, not to be confused with Sanrio. The company San-X excels in creating cute and funny anthropomorphic characters, such as Afro Ken.  However, the company’s most famous creation came from Aki Kondo-Rilakkuma himself.

Aki found herself envious of the easy-going life of pet dogs. A busy employee of the bustling company, Aki channeled this into the creation of Rilakkuma. Oddly enough, San-X wasn’t a fan of the character originally.

Still, they came around to Rilakkuma’s wily ways as did the rest of Japan and subsequently, the world. In 2003, Rilakkuma got his four-panel series Rilakkuma Seikatsu, giving the world his origin story.

In 2019, the world had proved ready for more Rilakkuma outside pop up cafes and temporary stores and he got the Netflix treatment. His very own show, Rilakkuma and Kaoru was a stop-motion series that quickly found a devoted fanbase. The show reveled in whimsy, letting those who watched it unwind, even if it were for just a few minutes at a time.

From Onesies to Condoms to Netflix 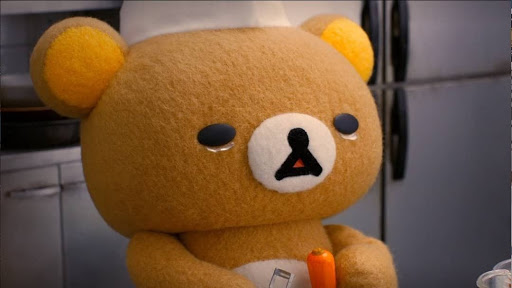 Rilakkuma’s international popularity can be proven by venturing into a mall in the small suburb of Roseville, Minnesota. Smack dab in the middle of the United States and sharing a border with Canada, Minnesota isn’t inherently a place one goes to find fun stuff out of Japanese Pop culture.

However, you can find Rilakkuma there, peppering the shelves of a store alongside other titans of cuteness Hello Kitty and Pusheen and lounging alongside his own friends Korilakkuma and Kiiroitori.

The cute phenomenon of the lazy bear isn’t even tied solely to cute plushies. He’s gone from dolls to stationary to clothing. He’s even tapped into the adult market with Rilakkuma condoms to not only maintain maximum cuteness at all times but healthy and safe as well.

A quick Google search shows Rilakkuma has become a staple in pop culture all over the world. Past his own popular Netflix show, the presumable bear has become somewhat of a staple in fashion as well. A Rilakkuma onesie is available to purchase, alongside slippers, hats, and even phone charms.

Rilakkuma can be found on almost anything.

If you were wanting to transform your kitchen into a Rilakkuma oasis, there’s things for that. Wanting a Rilakkuma-centric bathroom? There’s stuff for that too. Chopsticks, washi tape, pass holders, there’s nothing off limits for the bear. It almost makes him seem a little less lazy seeing him on athletic joggers and sports bras.

While his cute appearance might seem like it was meant for children, he’s found fans in every age group, with collectors striving for the rarest of plushies to fashion-savvy folks utilizing him in their latest clothing lineup.

It’s hard to say what exactly it is about him that is so endearing. It could be his laid back posture, reminding us to take it easy now and then. It could be the zipper on his back, subtly hinting to us that he’s not the bear we think he is.

Or it might be what caught my eye in Tokyo just a few years ago. A cute bear simply existing and taking life day by day. Either way, he’s become so much of a staple in pop culture that he can be found in the most unlikely of places. And that’s a good thing.

other Shelby Tozier 1 year ago