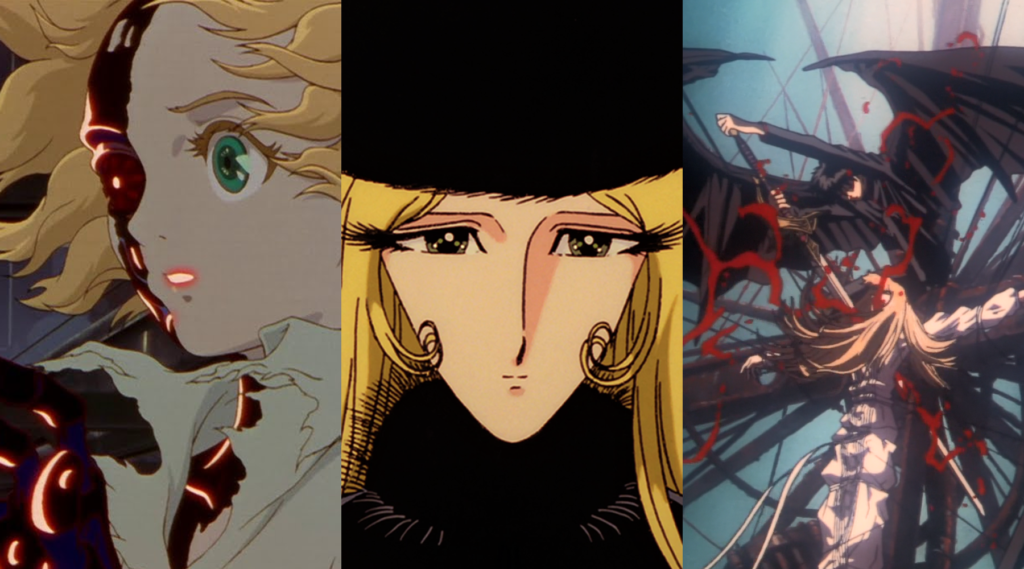 After all, how many other people can claim to have worked with Osamu Tezuka, Leiji Matsumoto, and Katsuhiro Otomo alike? Saying he only ‘worked’ with these people is a bit of an understatement, as his contributions to the growth of television anime and the broadening of anime films command your respect.

Don’t take this opening paragraph at its word! Read on to learn about one of the greatest to ever make drawings move on the silver screen.

Born Shigeyuki Hayashi, and still legally named that, Rintaro got his start working on anime at the very start of anime in its modern conception: he directed episodes of Osamu Tezuka’s original Astro Boy, the first weekly serialized anime television series as we know it, and previous to that a film called Hakujaden in 1958, the first ever full length animated feature from Japan to be produced in color.

Despite Tezuka’s open and profuse love for Walt Disney, Rintaro’s influences draws more from the realms of classic cinema, with the director holding a particular fondness for Film noir, golden era westerns, and even French cinema. When making his masterpiece Metropolis, based on a comic by Tezuka who used to hand-correct Rintaro’s Astro Boy storyboards, these inspirations are rather obvious.

He enjoys mountain biking and still keeps up with film, though often quite critical: He has openly declared that ‘Matrix… borrows too much from Japanese animation.’ and called modern Hollywood cinema too linear. Some might call this a symptom of ‘cranky old man’ syndrome, but Rintaro’s done more than most in Hollywood. In addition to helping revolutionize anime and creating an incredible dearth of films, he would eventually co-found the iconic and boundary breaking Studio MADHOUSE.

Rintaro may have been around from the very beginning, but his techniques have evolved and continued to evolve throughout his career. He considers Galaxy Express 999 his ‘turning point’, works 20 years in his career! There you can see the foundations, gained by putting in twenty golden years of storyboard work, his elaborate and mechanical approach to animation that made him a natural fit for the multiple collaborations with Akira’s Katsuhiro Otomo, and his emphasis on music and mood direction learned from his cinema appreciations.

He’s extremely rare in that he only ever improved with age. Part of that was him not shying away from new techniques and technologies as a creator, whole-heartedly embracing computer animation for Metropolis, and finding magic in the juxtaposition between it and hand-drawn animation.

Another Know the Creators column means another three recommendations for you to familiarize yourself with a creator. If any of the old nerd vanguard comes across this piece, we’re sorry in advanced we not telling people to start with Captain Harlock. Though if you liked those Galaxy Express 999 movies, do we have a space pirate for you…

Rintaro had asked Osamu Tezuka if he could adapt Metropolis, y’know, before he died, but his request was absolutely rejected as Tezuka didn’t feel his early work was up to snuff. Seven years after Tezuka passed away, Rintaro and one Katsuhiro Otomo would set forth on reimagining the 150-page Fritz Lang-inspired Metropolis into something grander, and fuller-fleshed.

The resulting film that came out five years later still ranks in the ‘greatest of all time’ canon to this day.

Rintaro leaned into his noir influences to depict a hard-boiled struggle for Robot rights in one of those future-dystopian settings that these science fiction stories are want to depict for some unknown reason.

Katsuhiro Otomo, taking the role of scriptwriter, penned in original elements to Tezuka’s manga-blueprint that built to the type of visually intricate and emotionally moody spectacle that Rintaro always excelled at crafting.

This is Rintaro’s first film, though he’d been working in TV animation for some time previously. As much as we want to recommend the Rintaro-directed Captain Harlock TV series, sadly we figure more of you are willing to watch two films than 40+ episodes of 1970s animation, much less 113.

The first Galaxy Express 999 condenses the classic Leiji Matsumoto story into a one-shot hypnotic does that, while maybe not stronger than the show in totality, serves as the perfect introduction to both the Matsumotoverse and Rintaro’s directoral efforts alike.

Adieu Galaxy Express 999 serves as an equally worthy sequel, showcasing what Rintaro could manifest from paper to screen given a movie-sized budget. His directorial abilities would only… railroad from here.

X The Movie or X or X / 1999, depending on who you ask, got a lot of flack when it came out for being an entirely nonsensical vision of the apocalypse. To that we have dual rebuttals: CLAMP’s original manga certainly had more story, but debate’s out on whether it actually makes anymore sense.

Our other defense? Rintaro did not concern himself with coherency, and that allowed him to throw all caution to the wind and concoct a hallucinogenic and visceral experience. The technical excellency he extols in both gleefully animating the wanton destruction of Tokyo and bringing to screen those iconically lanky CLAMP characters with their so-stunning-its-dizzying fashions already make the film eye-candy.

That stunning complex and fluid animation was used to depict dark pretty boys wielding oversized swords in an over-the-top urban fantasy environment, while maintaining an indulgent goth atmosphere that pushes the work to an eye-methamphetamine zone.