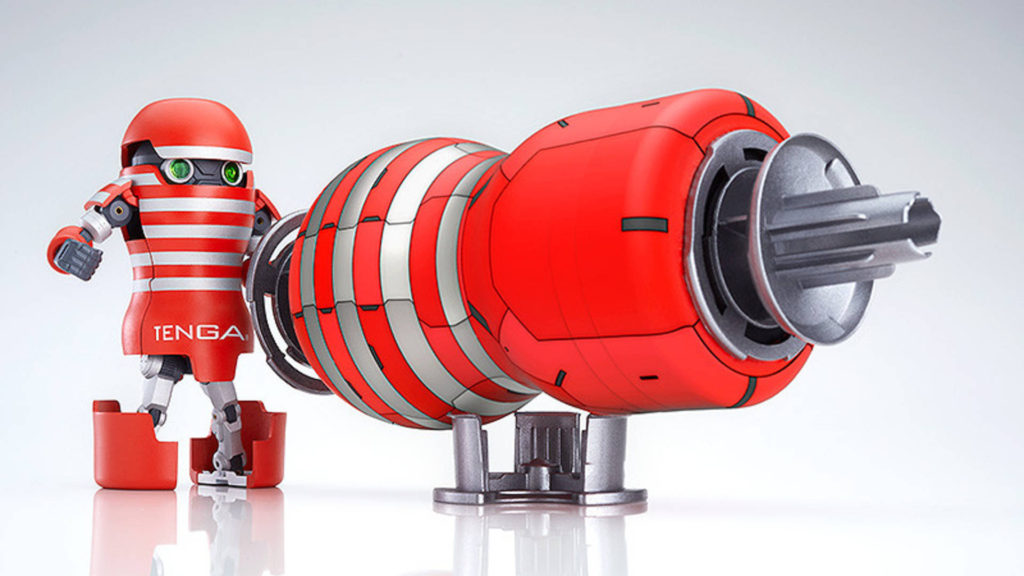 Announced earlier this week, Good Smile Company is teaming up with Japanese adult company Tenga to produce a new pair of posable figurines based on their most popular devices. Dubbed the TENGA Robo, the red and white-striped little fella comes in at a tiny 95 mm tall, about half the size of a real TENGA, and features various movable parts allowing him to disguise as either a TENGA or a more intuitive robot form. Set to release in December 2018, the robot will offer either a standard or “boom set” model at various price ranges.

Good Smile Company has long been known for their high-quality goods and figurines, including the long-running Nendoroid series for which they’re most commonly known for in the West. They’ve made some pretty outlandish collaborations in the past, but this just about sits on top of anything else; something I’m completely all about. Currently available for order reservation up until September 19, the figure will release in Japan during December 2018 where I’ll definitely be picking one up for myself.

Those interested in checking out further information on the upcoming Good Smile Company x TENGA release can head over to their official website.

other William Moo 9 months ago

other James Fujita 9 months ago